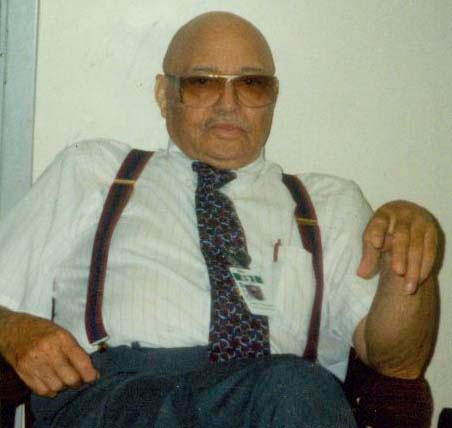 Aaron Williams, who braved death threats to run for office and became the first black in Nevada to serve on a municipal governing body, died Nov. 30. He was 90.

The Detroit native, born Oct. 4, 1921, arrived in North Las Vegas in 1960. He owned a supermarket and worked as a material control agent in Mercury before becoming the first black elected to the City Council in 1969.

Williams took office “at a time when a black man was told to sit down and know his place,” a family member wrote in a tribute. “It was never about what he would get, but how he could better the lives of his neighbors, his friends and family. He never thought about the controversy surrounding his campaign.”

Williams also became the first black elected to the County Commission in 1972, when the commission expanded from five to seven members under a new reapportionment plan. Under the plan, commissioners were elected to represent a specific district instead of being at-large representatives. His district included historically black West Las Vegas and portions of North Las Vegas.

During his four years on the commission, Williams worked to bring more tax revenue to his district, arguing it had long received an unfair share. He also was instrumental in implementing the county’s first affirmative action plan for employment.

“I went into office because the average citizen had no voice in local government,” Williams told a local newspaper in 1976. “I tried to become that voice.”

“I’m standing in his shoes,” Weekly said of Williams. “It gives me chills when I think of those men and women who really had to stand and represent in the face of adversity. They don’t make ’em like that anymore.”

Williams, who also was a vice president of the local chapter of the National Association for the Advancement of Colored People, was defeated by a white candidate in 1976 after the state Supreme Court ruled the reapportionment plan was unconstitutional and he had to run at-large.

“I thought the citizens of this county had risen above prejudice,” he said at the time. “It took the loss to make me realize they hadn’t.”

Williams also worked as an executive for Reynolds Electrical and Engineering Company.

“He didn’t make too much fuss about anything,” Neal said. “He had strong convictions and was very much concerned about the community.”

Services for Williams were held at Second Baptist Church.