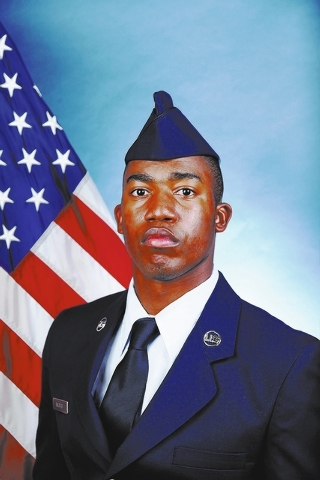 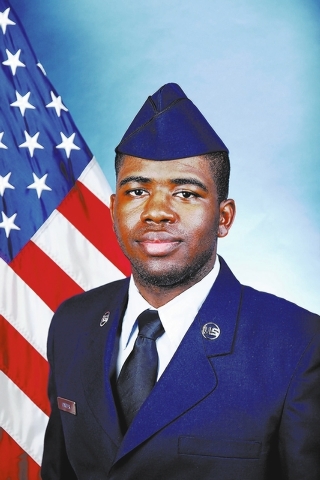 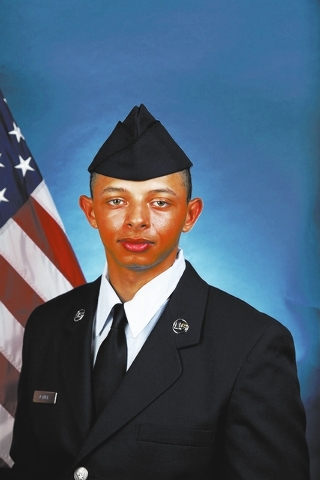 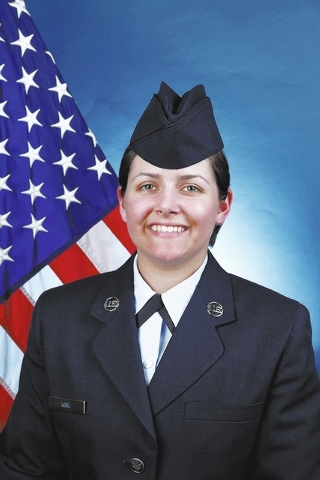 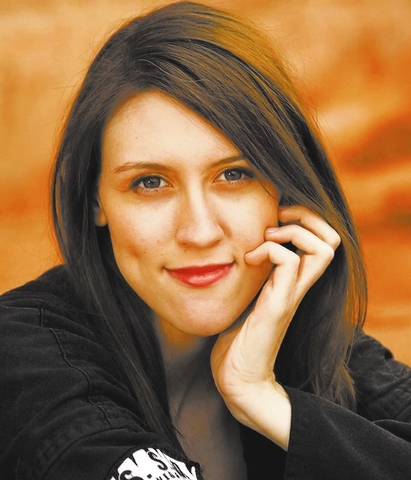 Arthur E. Morgan III, appears for his trial in Monmouth County Superior Court, Wednesday, April 2, 2014, in Freehold, N.J. He is charged with the 2011 murder of his 2-year-old daughter Tierra Morgan-Glover. Morgan tossed his her into a creek in her car seat. (AP Photo/The Asbury Park Press, Tom Spader, Pool) 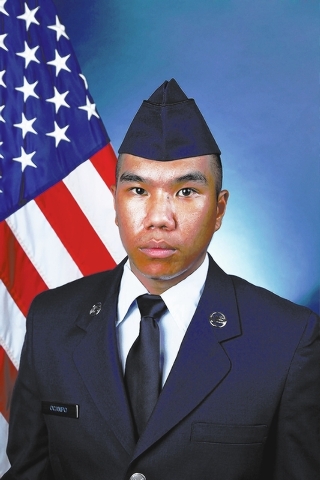 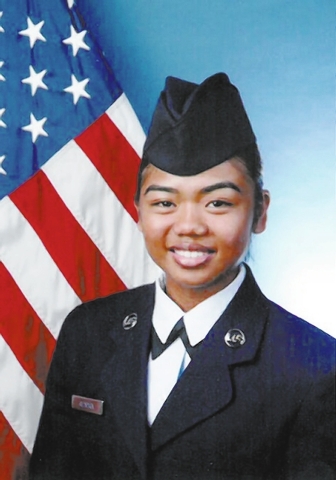 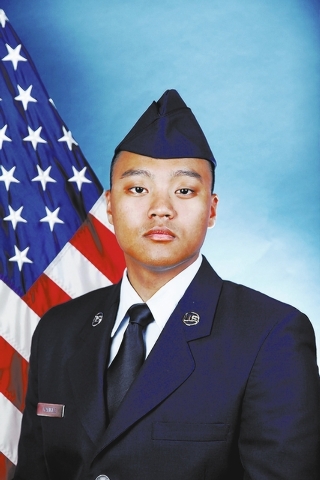 Air Force Airman Ryan K. Ramirez graduated from basic military training at Joint Base San Antonio-Lackland, San Antonio. Ramirez is the son of Julius and Sheila Ramirez of Las Vegas and is a 2012 graduate of Palo Verde High School.

Air Force Airman Emily J. King graduated from basic military training at Joint Base San Antonio-Lackland, San Antonio. King is the daughter of James A., step-daughter of Kim King and daughter of Diane M. King, all of Las Vegas. She is a 2013 graduate of Desert Oasis High School.

Fernando Rocha, a mathematical business economics major at Hofstra University in Hempstead, N.Y., has been selected for Wells Fargo’s Sophomore Summer Financial Analyst Program in Melville, N.Y. Rocha is the son of Fernando Sr. and Imelda Rocha of Las Vegas and is a 2012 graduate of Canyon Springs High School.

Summer Holloway of Henderson has been named to the spring 2014 Dean’s List at Simpson University in Redding, Calif. Holloway’s major is biology.

Colby-Sawyer College in New London, N.H., has named Jasmine Boone of Henderson to the spring 2014 Dean’s List. Boone is majoring in nursing.

U.S. Air National Guard Airman 1st Class Eugene B. Morris graduated from basic military training at Joint Base San Antonio-Lackland, San Antonio. Morris is the son of Cheryl A. Morris of North Las Vegas and is a 2006 graduate of Rancho High School.

Nicole Simpson of Las Vegas, a member of the class of 2016 at Washington and Lee University in Lexington, Va., has earned 2013 winter honor roll status.

Nathaniel G. Grimes, a senior from Henderson majoring in marine science and economics, has made the President’s List for high academic achievement at Coastal Carolina University in Conway, S.C.

Golden Rainbow, 801 S Rancho Drive, Suite 1, has named Gary Costa, an established nonprofit and HIV/AIDS advocate, as its new executive director. Costa comes from California, where he established himself as a leader in the HIV/AIDS community.

Dr. Jason Jaeger, Aliante Integrated Physical Medicine’s administrative director, recently announced his practice will open a new location in the central valley adjacent to Dr. William Smith, director of performance improvement for the Western Regional Center for Brain & Spine Surgery and the chief of neurology for University Medical Center, to collaborate on conservative and surgical methods of preserving or restoring spinal integrity while prioritizing their patients’ well-being.

Wet’n’Wild Las Vegas has expanded its management team by hiring Jordan Brown as controller and Lindy Frye as assistant brand manager. Both bring extensive entertainment and hospitality experience to the water park that began its daily operation on Memorial Day weekend.

EV&A Architects, a Las Vegas-based firm, recently announced that founder and CEO Edward Vance was selected for elevation to Fellowship in the American Institute of Architects. Vance is the only recipient from the state of Nevada to receive this recognition this year.

The Jewish Community Center of Southern Nevada recognized several staff members and volunteers for their time, commitment and service to the Jewish community of Southern Nevada at its annual meeting March 19. Leonard Stone, president of the JCCSN Board of Directors, highlighted the successes of the organization in the past year. Among those recognized at the annual meeting were Neil Popish, former executive director, for his years of dedicated service to the organization and its members. Stone announced the establishment of the Neil Popish Youth Athletic Fund in his honor. It will provide scholarships for children with financial hardships and enable them to participate in various athletic programs. Volunteers recognized for their support of special programming included Greg Abbott, chairperson of the year for the Men Enjoying Leisure program; Cheryn and Michael Serenco for their work with the 2013 JCCSN barbecue cook-off, the Outstanding JCSSN Program of the Year; and the coaches of the Team Las Vegas for the 2013 Maccabi Games.

The Clark County Medical Society recognized two local students with the 2014 Student Rising Star Award, which honors outstanding medical students in Nevada. The students are to receive their awards during the 2014 President’s Installation & Awards Ceremony on June 14 at the Red Rock Resort. Ori DeVera is a medical student at Touro University. Elizabeth Richardson is medical student at the University of Nevada School of Medicine.