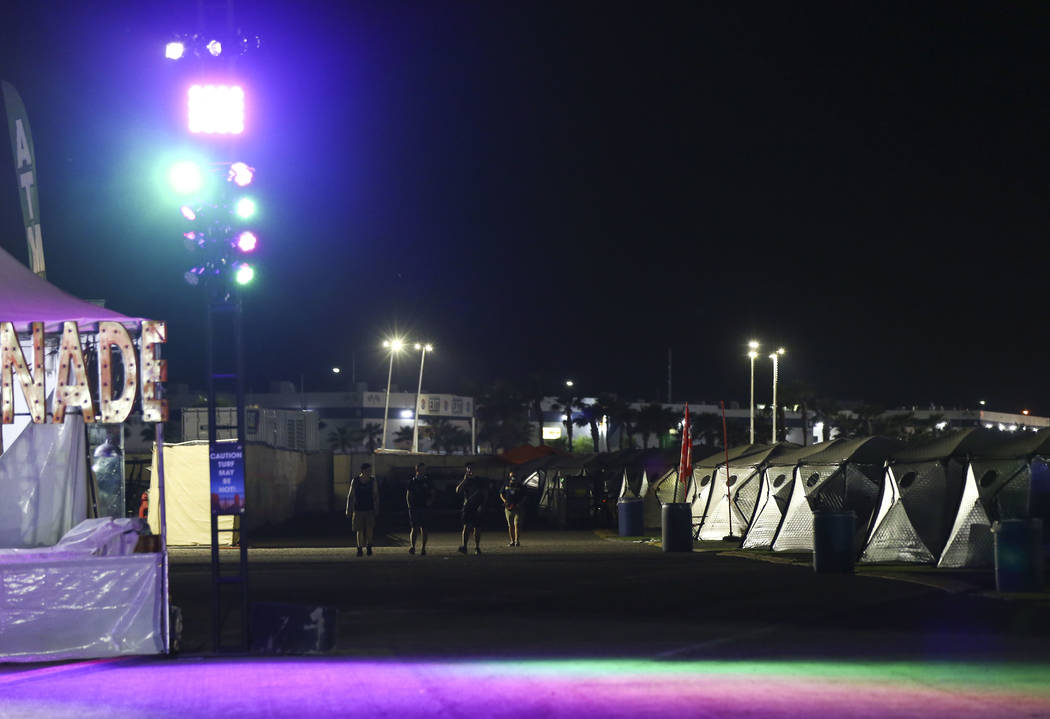 Tents at the campground area during the first day of the Electric Daisy Carnival at the Las Vegas Motor Speedway in Las Vegas on Friday, May 18, 2018. Chase Stevens Las Vegas Review-Journal @csstevensphoto 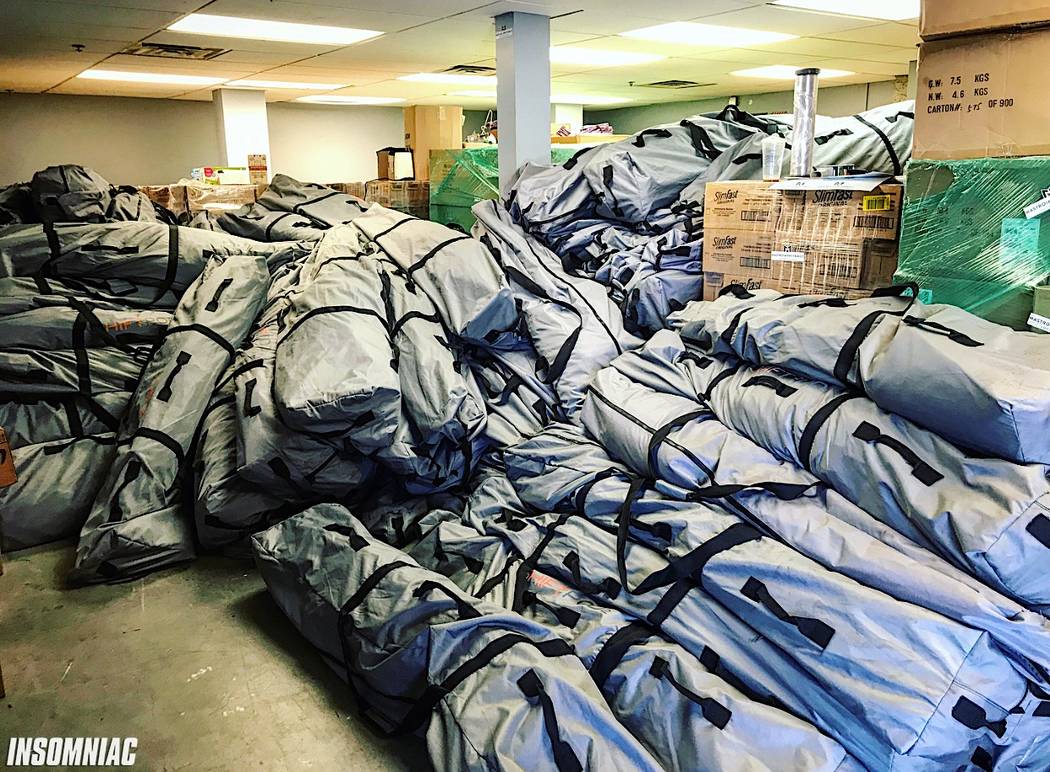 Hundreds of tents await shipping to the Bahamas. (Courtesy of Insomniac Events) 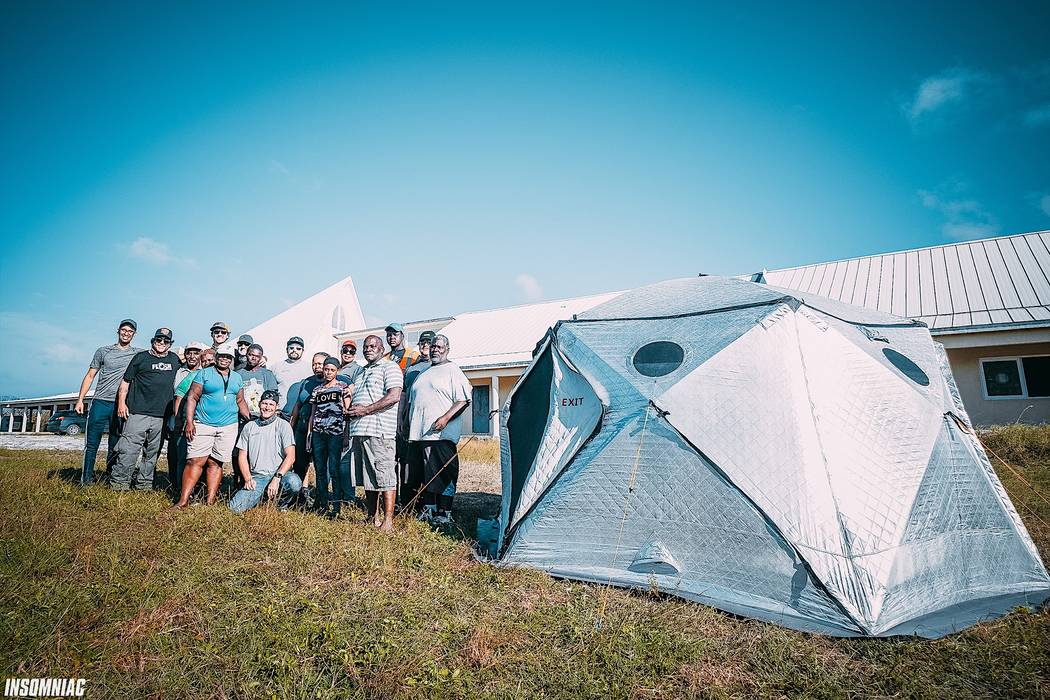 Some of the staffers who erected tents in the Bahamas. (Courtesy of Insomniac Events) 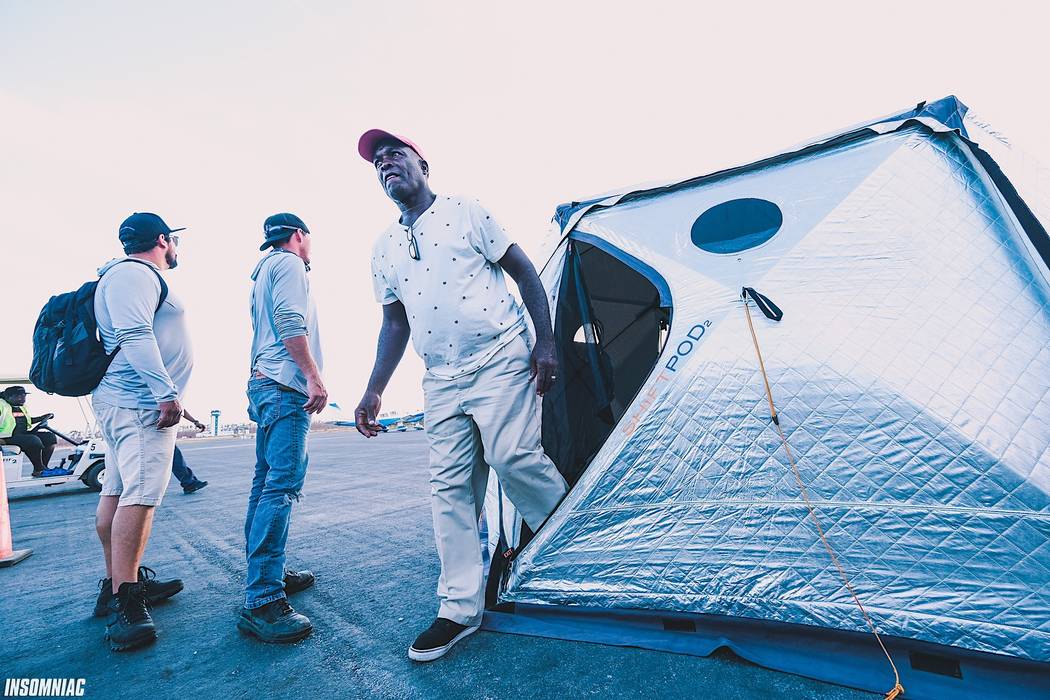 One of the tents is inspected after being erected in the Bahamas. (Courtesy of Insomniac Events) 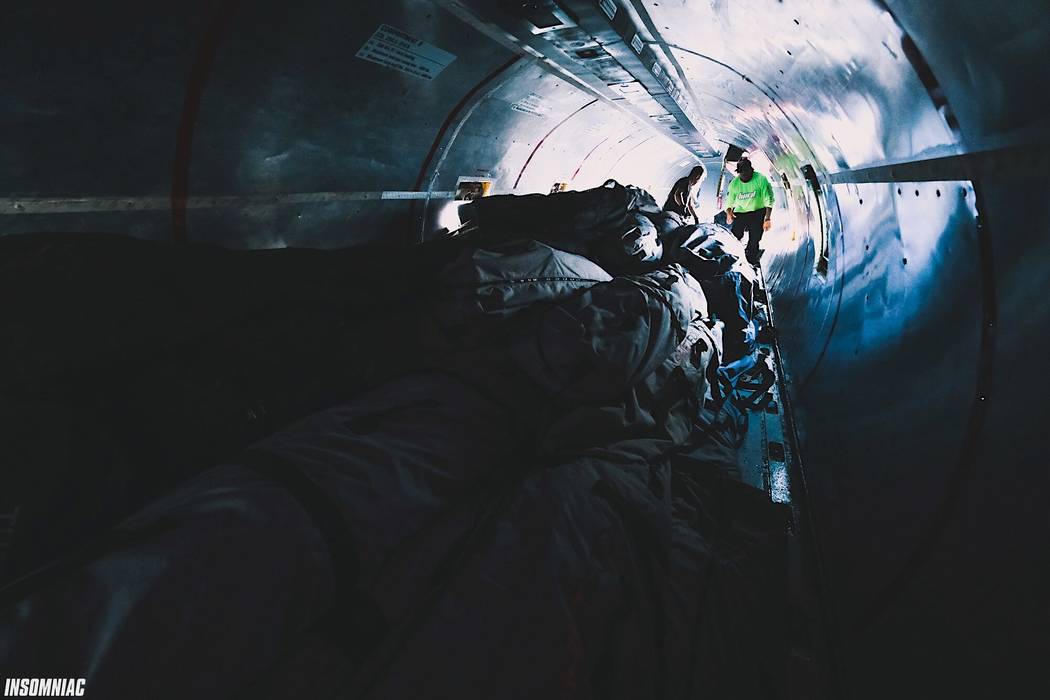 Tents on board an aircraft headed for the Bahamas. (Courtesy of Insomniac Events)

Camping structures that in May housed thousands of Electric Daisy Carnival festivalgoers in Las Vegas are now set up in the Bahamas, sheltering families displaced by Hurricane Dorian.

Insomniac Events, which organizes EDC Las Vegas, shipped 750 “advanced shelter systems” last week from the company’s Las Vegas warehouse to Grand Bahama and Abaco islands. The move came after the Love & Life Foundation in Florida asked the company for temporary housing help after thousands were displaced by the Category 5 storm.

EDC also hosts a festival in Orlando each year.

Each shelter is weather resistant and provides about 144 square feet of space. They were shipped by truck to West Palm Beach, Florida, then flown to Freeport and Marsh Harbour.

According to Insomniac, the donation was permanent and the shelters should last about one to three years. Most were set up near a local church where people were taking shelter.

“Insomniac strives to bring happiness to millions of people around the world. When we got the call to help with this relief effort, we didn’t hesitate,” Insomniac founder and CEO Pasquale Rotella said in a statement. “Creating family shelter communities is something we knew we could provide both expertise and resources for.”

Insomniac was not the only Las Vegas connection to provide aid in the Bahamas.

Celebrity chef Jose Andres, who is behind several restaurants on the Strip, also has helped serve more than 250,000 meals in the Bahamas following the hurricane.

The effort was part of his nonprofit World Central Kitchen, which helps feed communities in the wake of disaster.