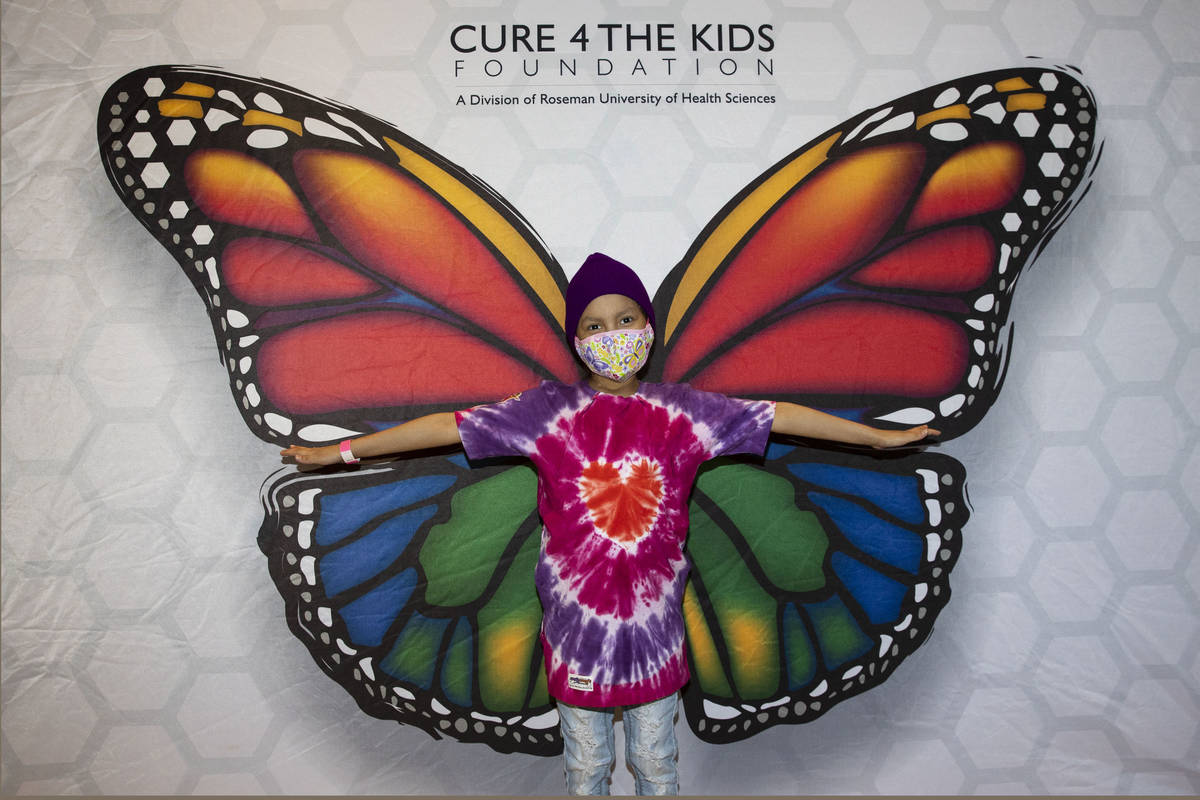 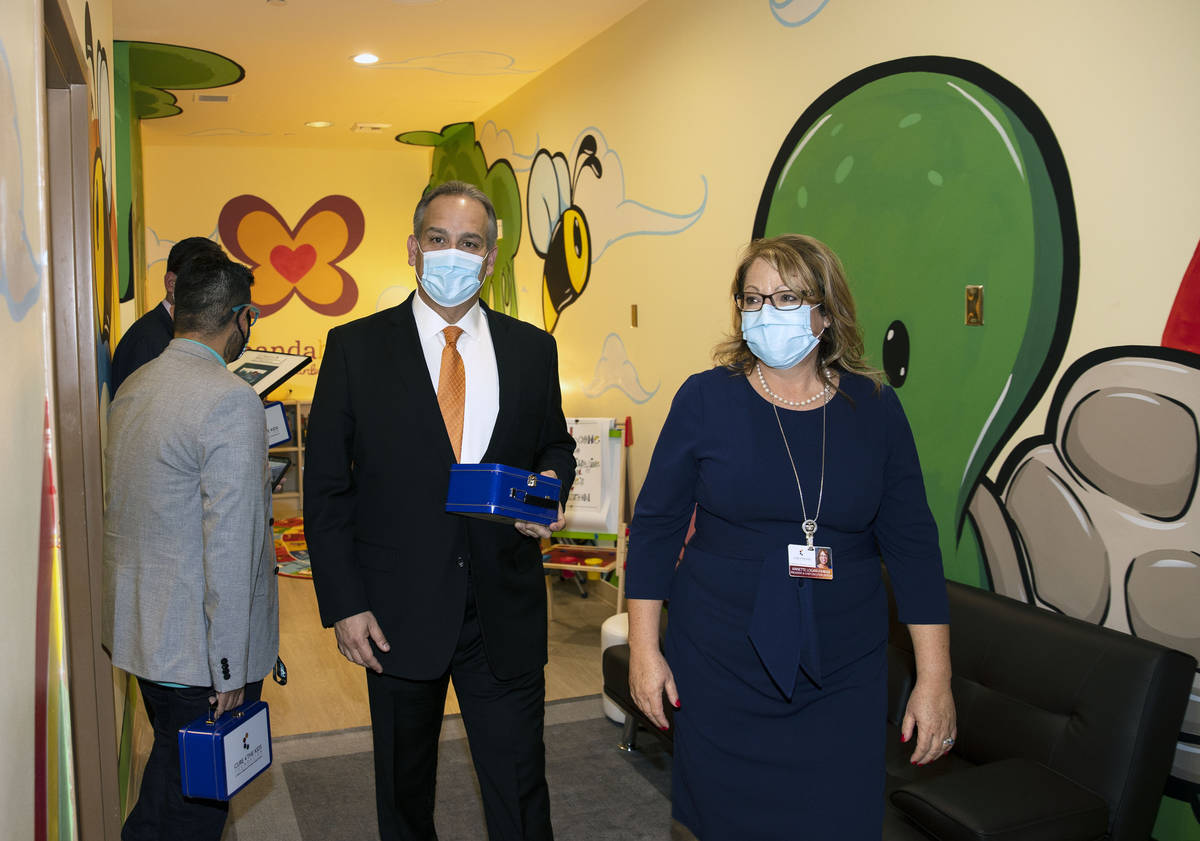 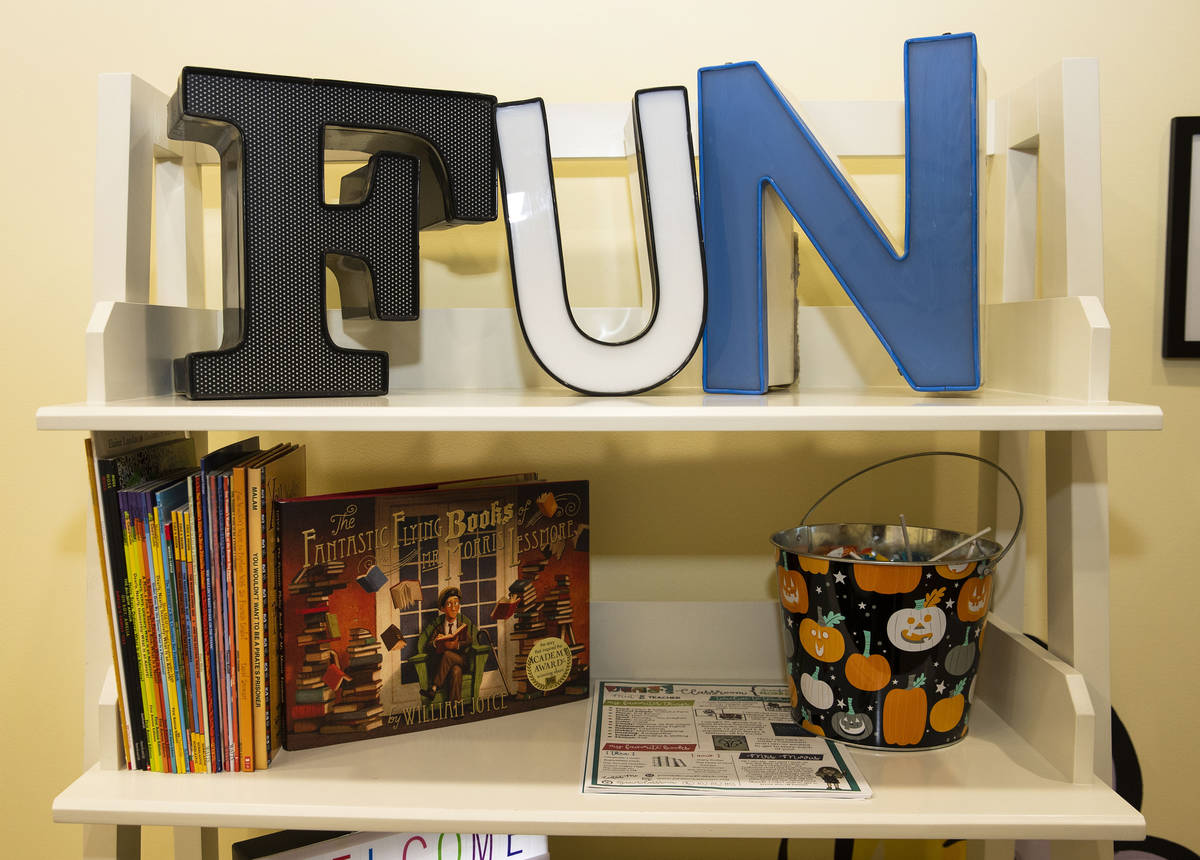 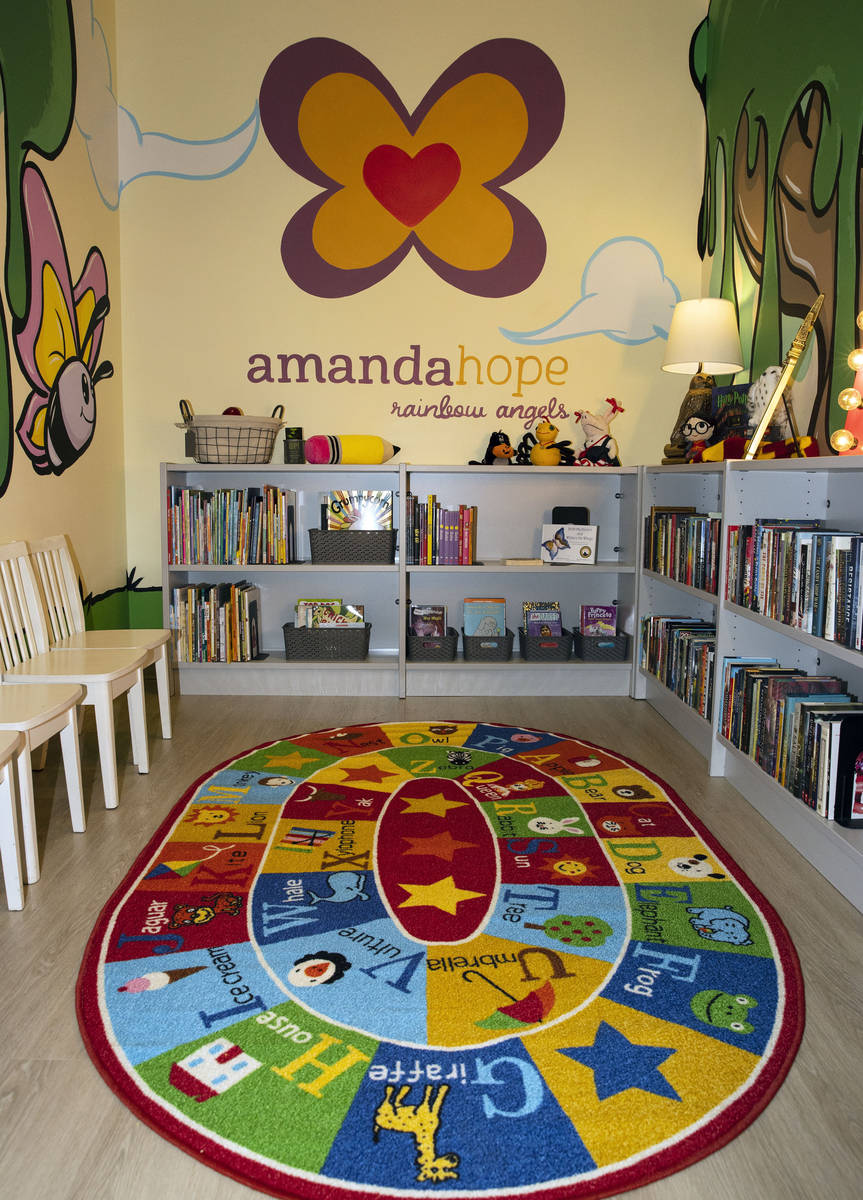 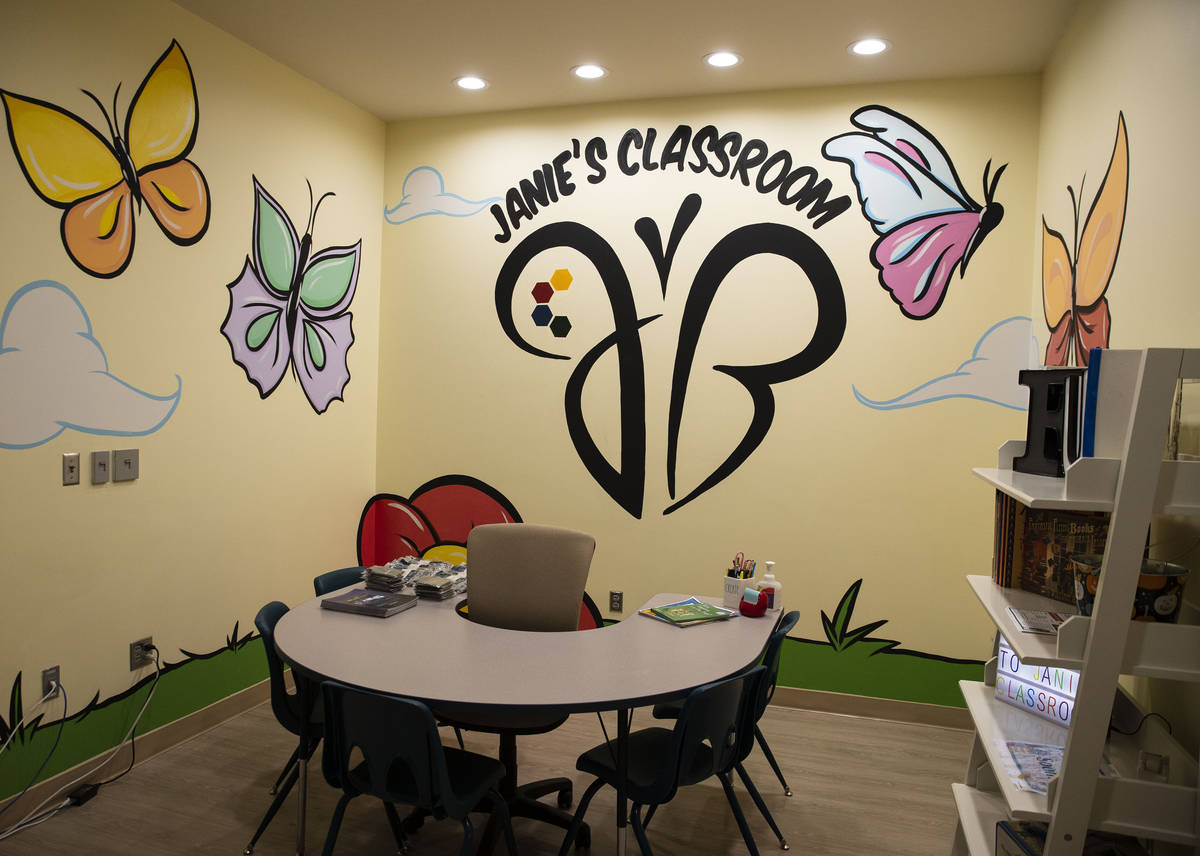 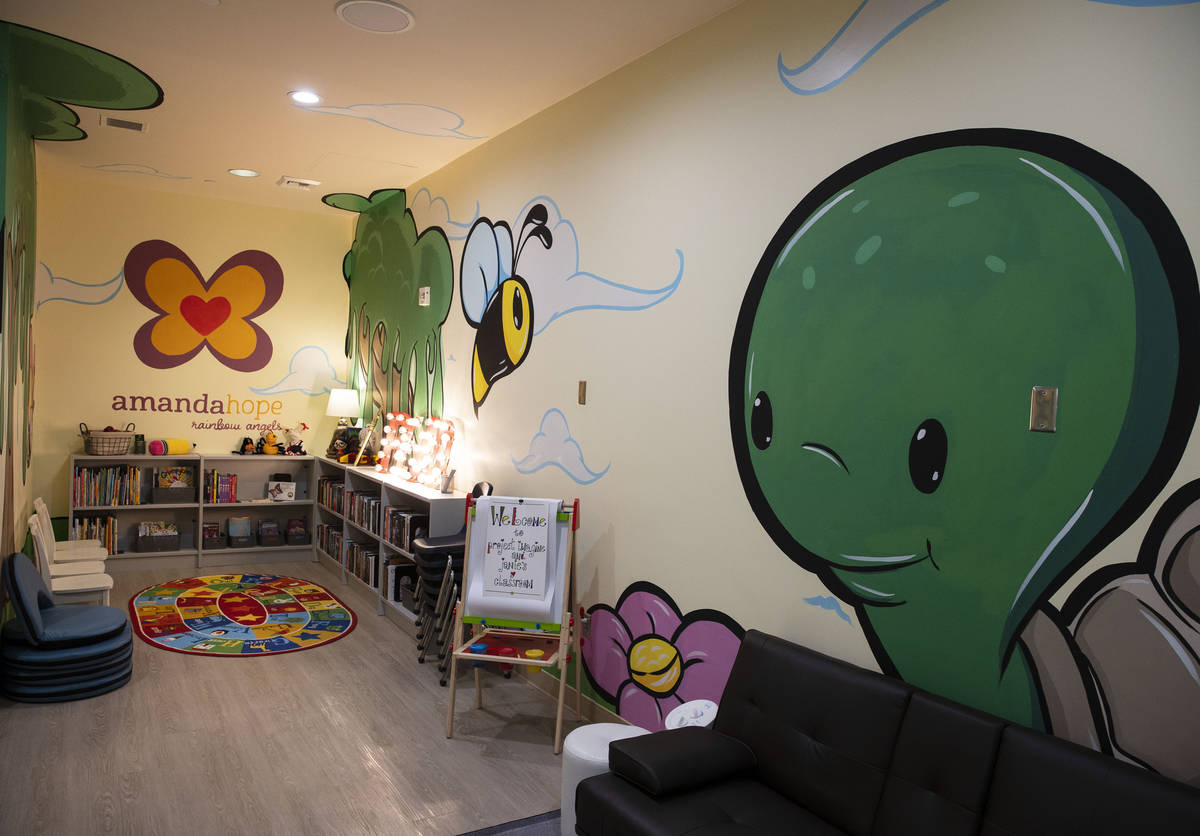 Janie’s Classroom, which opened last month, is devoted to helping young patients keep up with their schooling while they’re receiving treatment at Cure 4 The Kids Foundation, a Summerlin nonprofit dedicated to research and treatment of childhood cancer. The Agassi Foundation funded the project.

The classroom is named after Janie Bordinhao, a teacher who died of cancer in January 2019 at age 26. Her mother, Ellen Bordinhao, played a major role in making the center happen.

“It’s up to those who bear her memory to keep her goodness alive and, as Janie’s mother, this is a responsibility that gives meaning to my life,” she said during a ribbon-cutting ceremony Thursday morning at the foundation, at One Breakthrough Way.

She said her daughter grew up in Clark County but went to North Carolina with Teach For America after college. From there she went to Thailand to teach English but, two days after arriving back in Las Vegas in May 2017, she was diagnosed with leukemia.

‘Reason to bring her dream to life’

Throughout her battle with cancer, Janie Bordinhao was determined to get better so she could teach kids with the same diagnosis, her mother said.

“Janie always talked about wanting to teach children who were battling cancer, and I told her we’d do it together,” the retired Clark County School District teacher and administrator said. “But God had other plans for Janie, and she got her angel wings on Jan. 15, 2019. All the more reason to bring her dream to life, to give her spirit a way to continue touching lives.”

Ellen Bordinhao said she was grateful to CCSD Superintendent Jesus Jara for helping bring Janie’s dream to fruition. The pair bonded over a shared experience: raising a child with a cancer diagnosis.

Jara said his daughter was diagnosed with leukemia in 2013, when she was in seventh grade, so he knows firsthand how difficult such a disease is on a family, as well as on the child’s education. His daughter, Jackie, beat cancer and is now a sophomore in college, studying mechanical engineering, he said.

“Her biggest concern was, ‘When can I go back to school?’” Jara said. “As the deputy superintendent I took school to her, but then I said, ‘How do we do that for all the other kids? I have the resources and the ability, so how do we do that?’”

When Ellen Bordinhao emailed him about Cure 4 The Kids and the classroom the organization was trying to open, Jara said, he jumped at the opportunity to help.

Same with the center’s teacher, Jennifer Morris. The 17-year CCSD teacher began working with students and parents when the center opened on Aug. 24, the district’s first day of school. In addition to using the classroom, Morris can teach kids upstairs while they receive infusions or other treatments.

Morris said she’d known Janie Bordinhao for most of her life. Morris worked as a librarian under Ellen Bordinhao when she was a principal, her sister was Janie’s fifth grade teacher and the family had been close ever since — so when Bordinhao reached out to her about the center, she applied immediately.

Bring back element of normalcy

She explained that students with a cancer diagnosis typically have to apply for homebound services that either have a teacher come to their home and work with them if they’re in elementary school, or enroll them in online classes if they’re in middle school or high school.

“They really lose that connection to their peers and classmates, that normalcy of school,” Morris said. “So the goal of this is to provide that normalcy back and give them the option to still connect with normal, everyday school activities.”

Ellen Bordinhao said she believes the center will be the perfect way to keep her daughter’s legacy alive.

“What transpires in these classroom walls will give the children here at Cure 4 The Kids an opportunity to receive an education that should not be lost with a diagnosis,” she said. “Children deserve an element of normalcy in a time when cancer tries to steal everything. … Janie’s Classroom will be a place where all children are welcomed and cherished.”