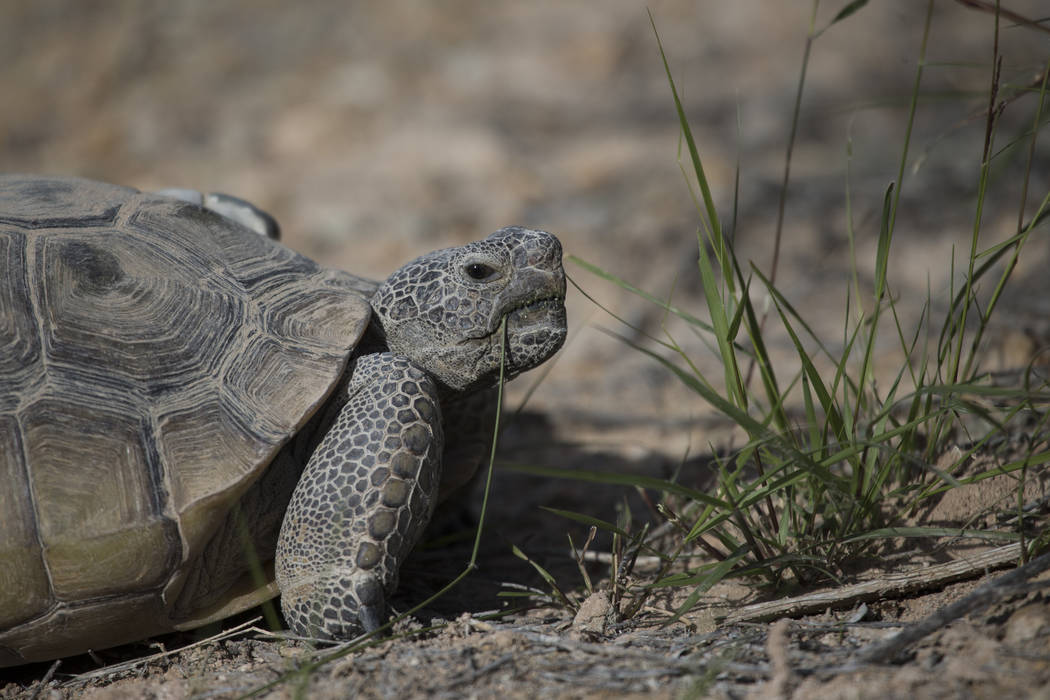 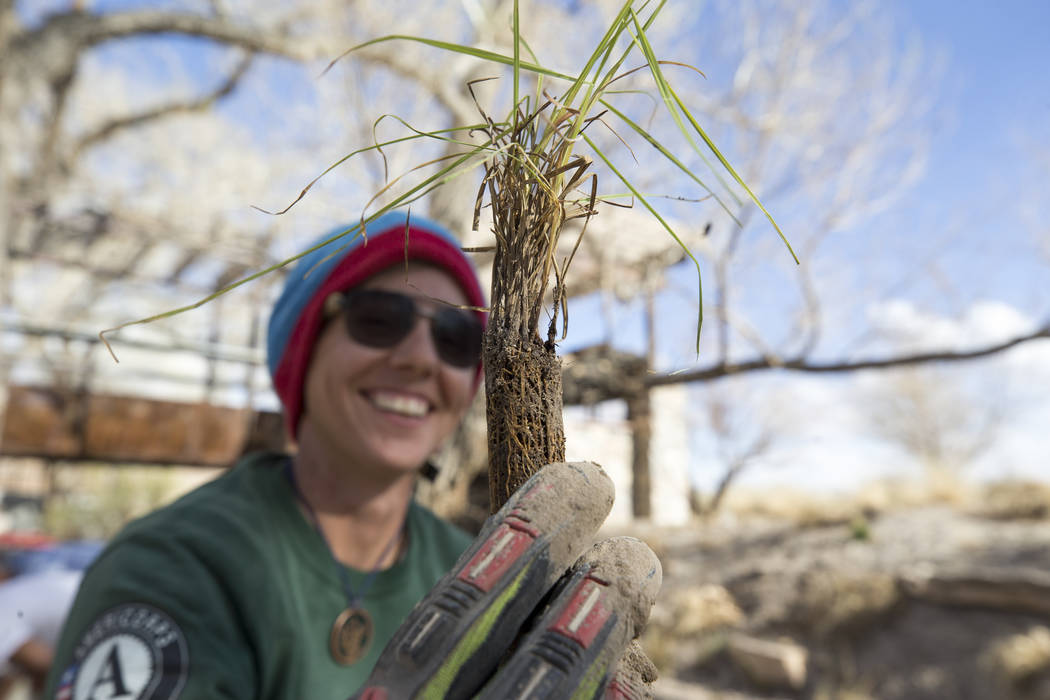 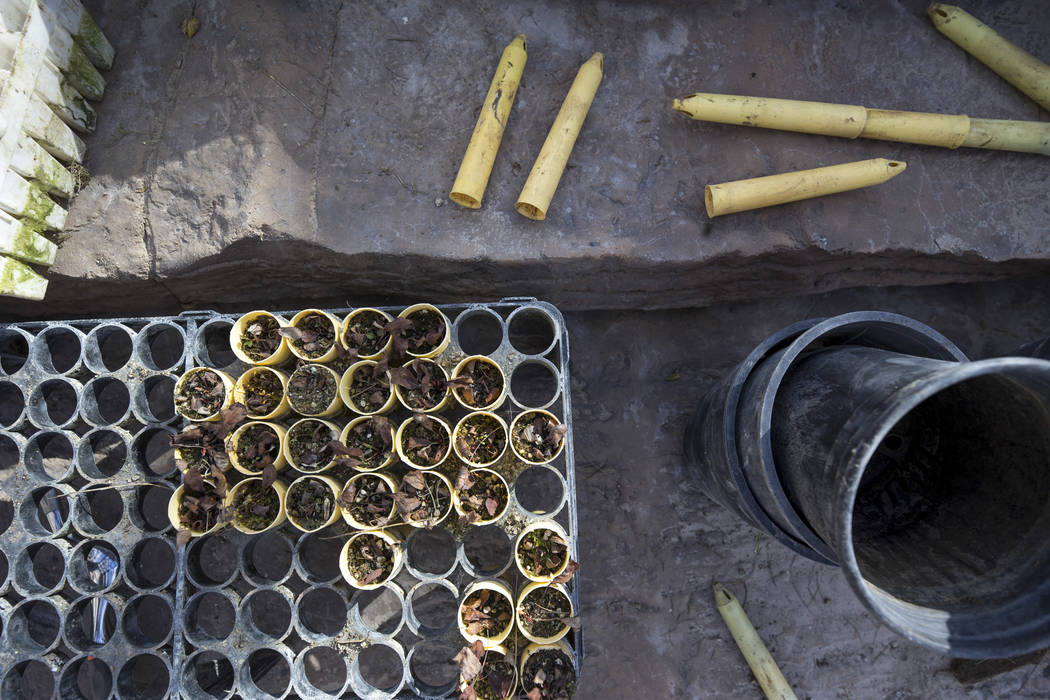 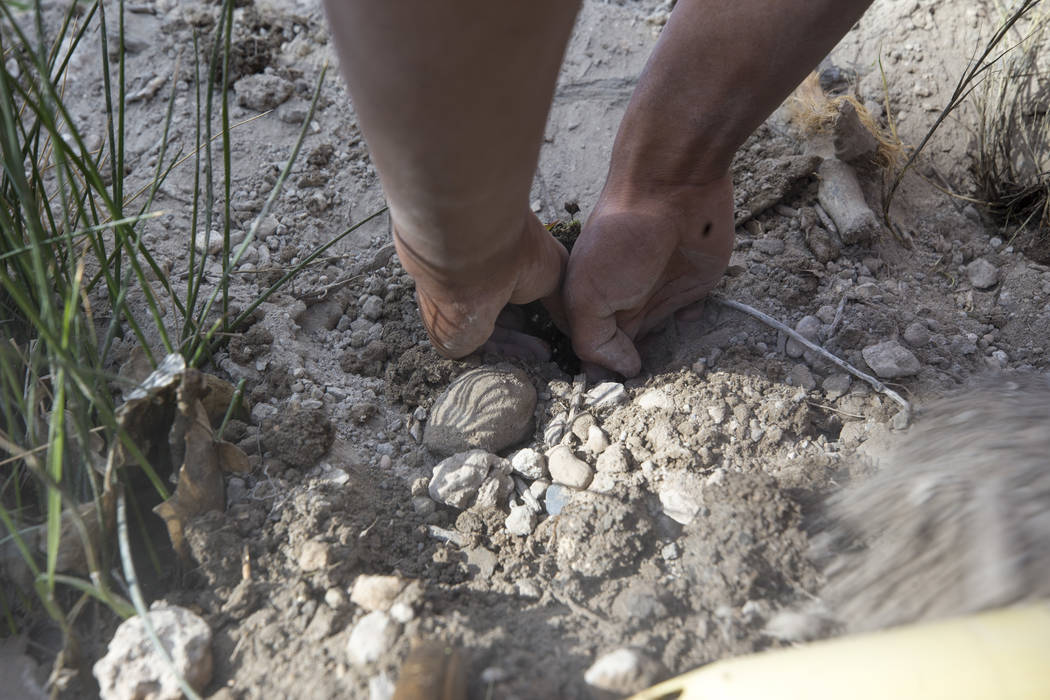 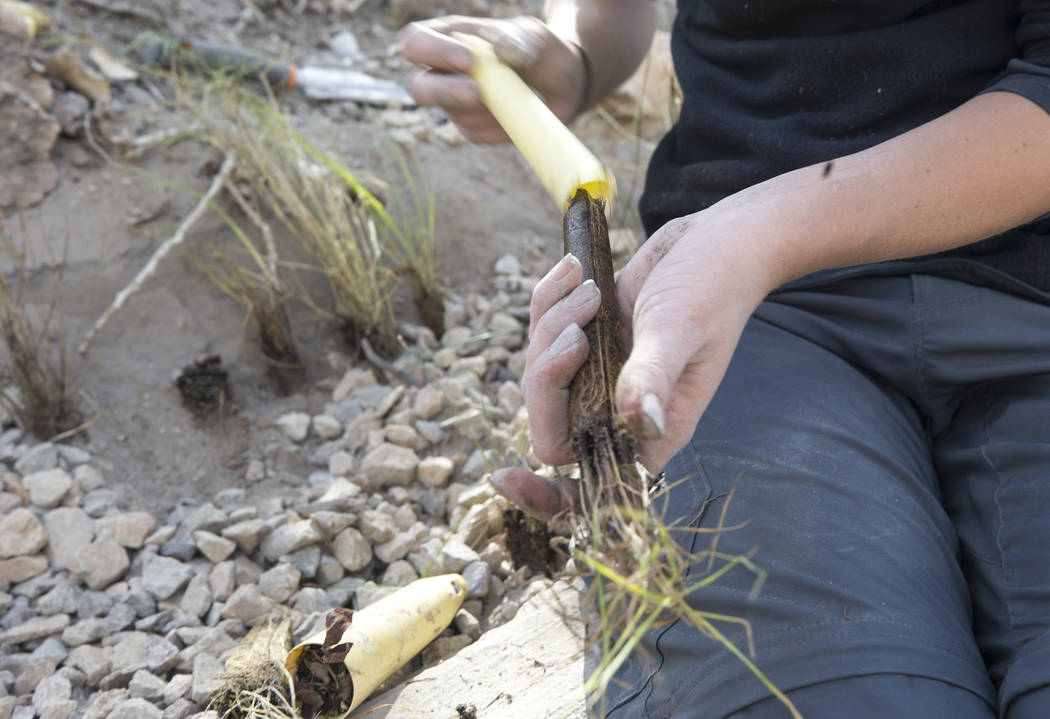 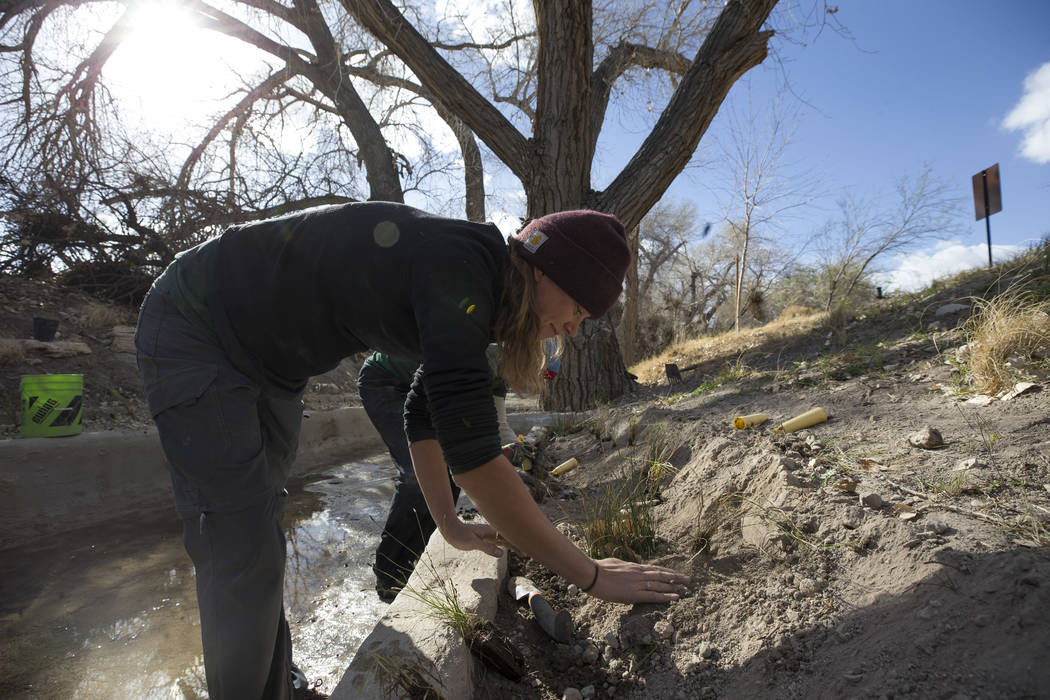 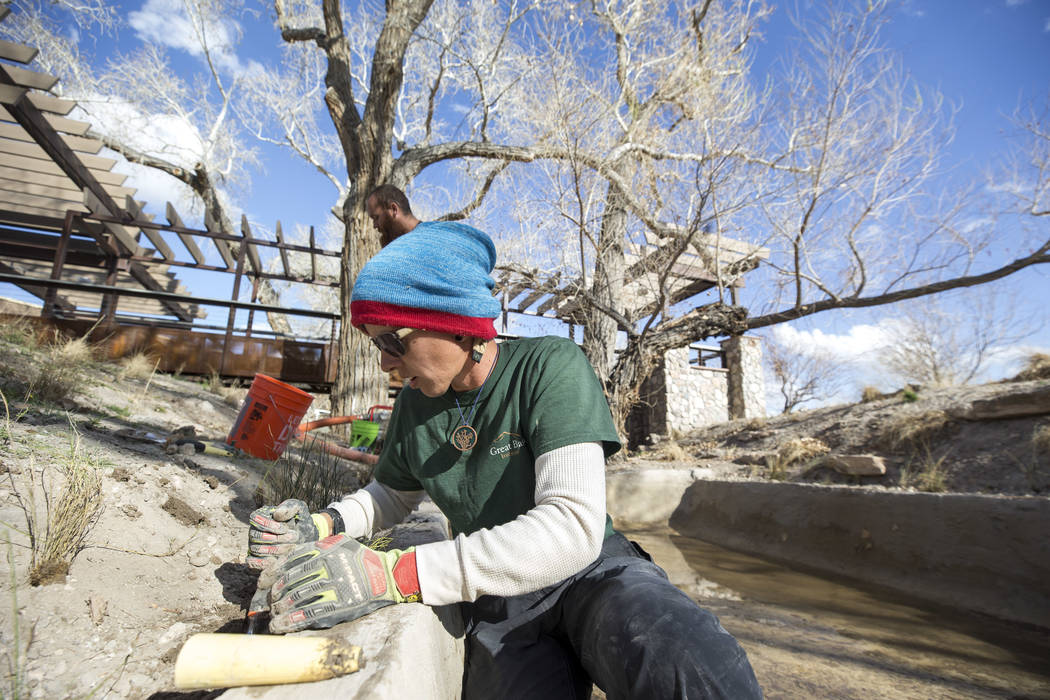 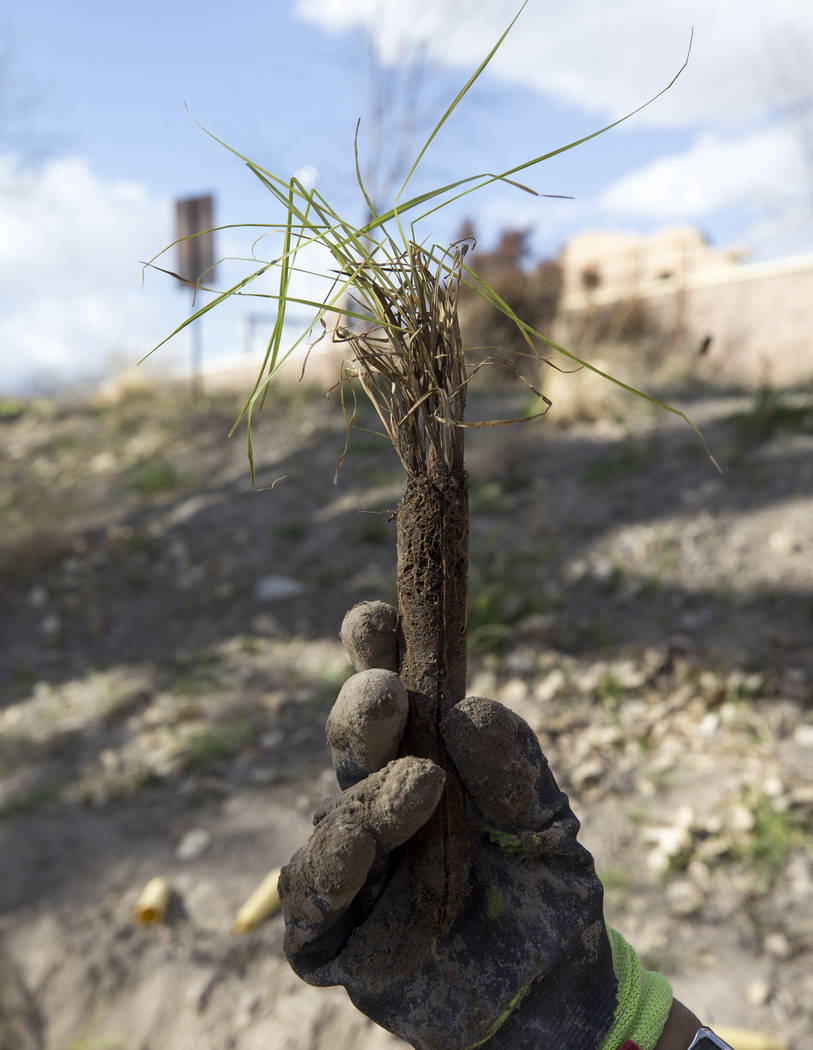 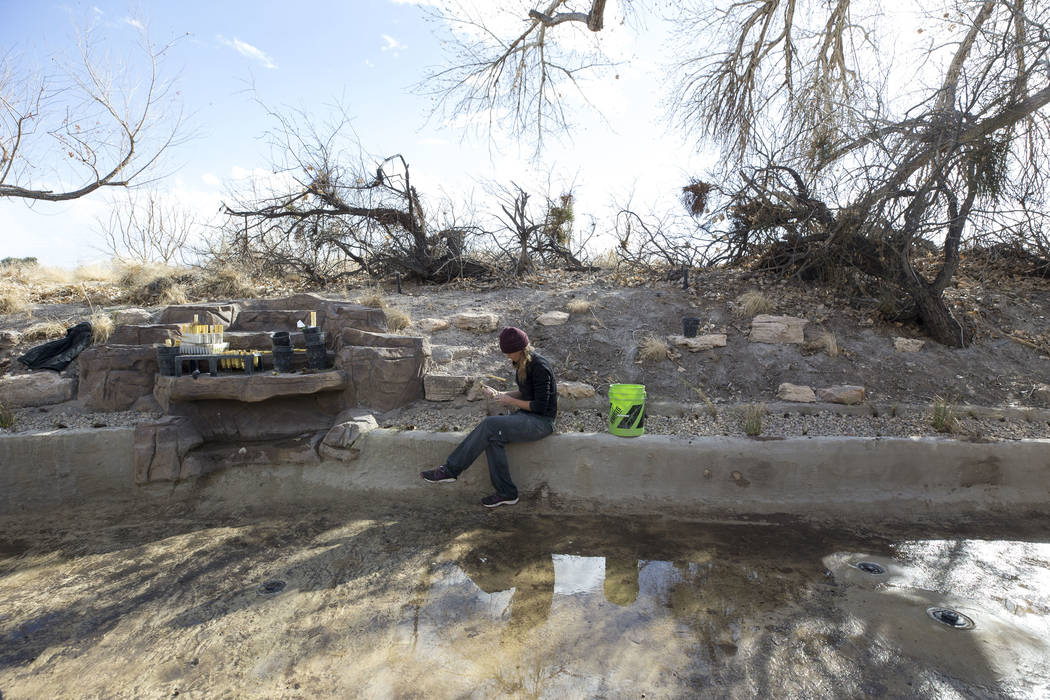 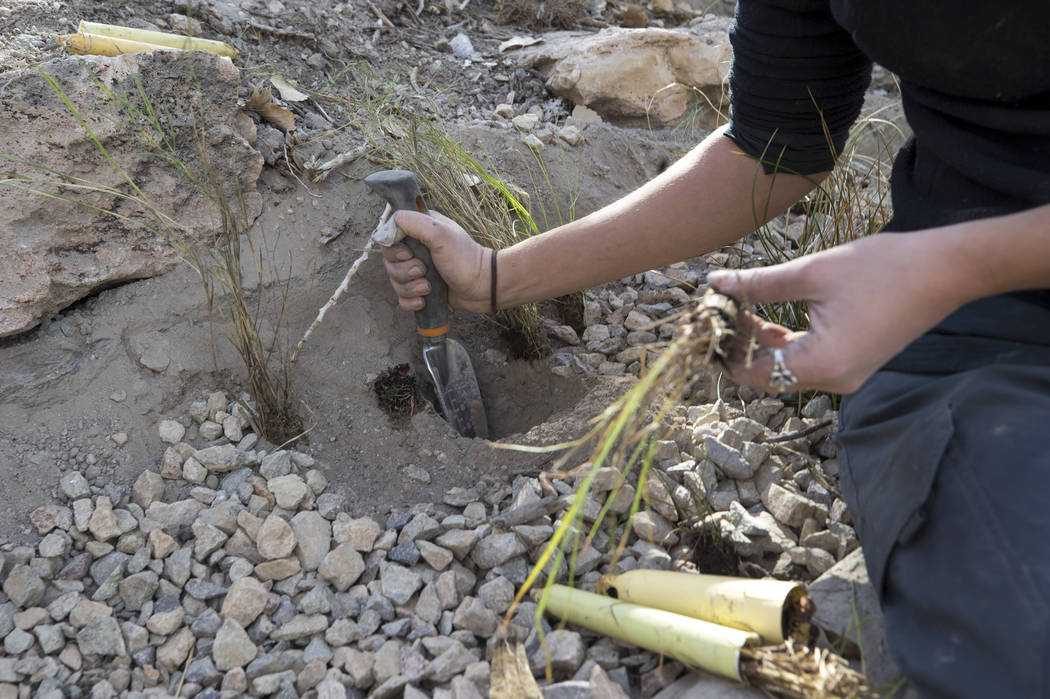 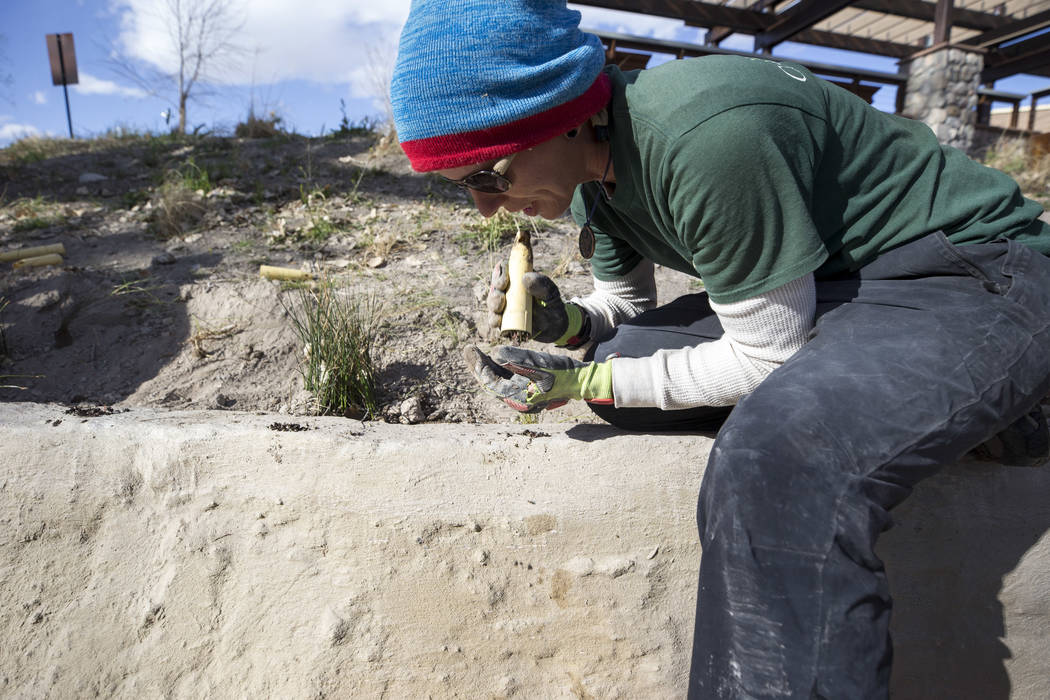 A Pahrump poolfish swims in a tank at the Nevada Department of Wildlife's fish hatchery at Lake Mead on Jan. 25. The Springs Preserve will soon be home to a reserve population of the endangered fish. (Aaron Ambos/Southern Nevada Water Authority) 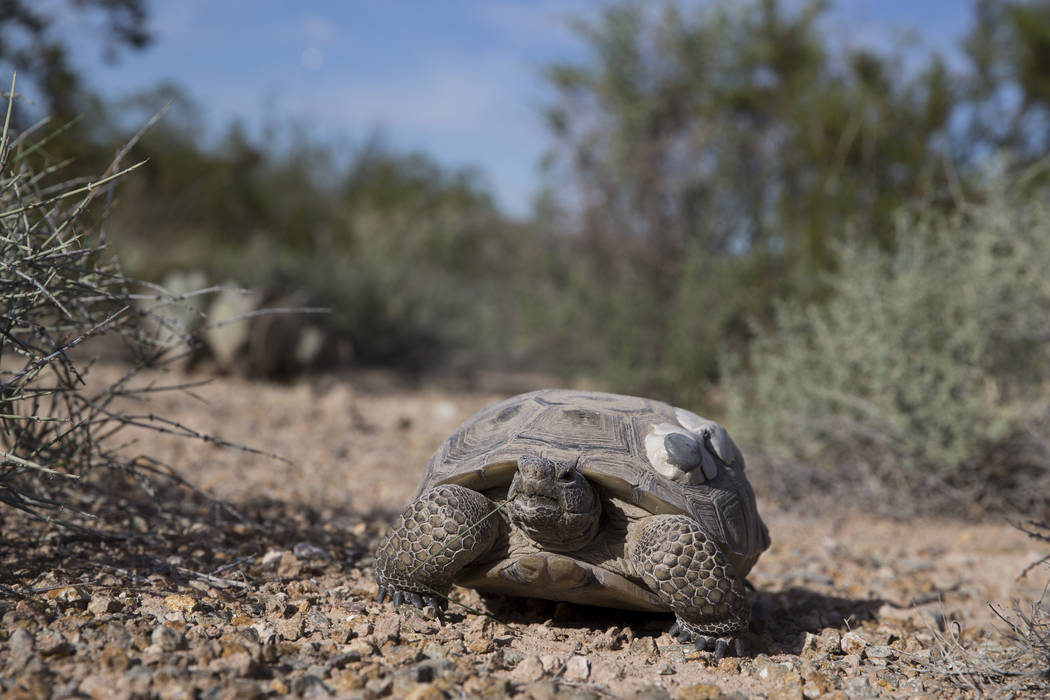 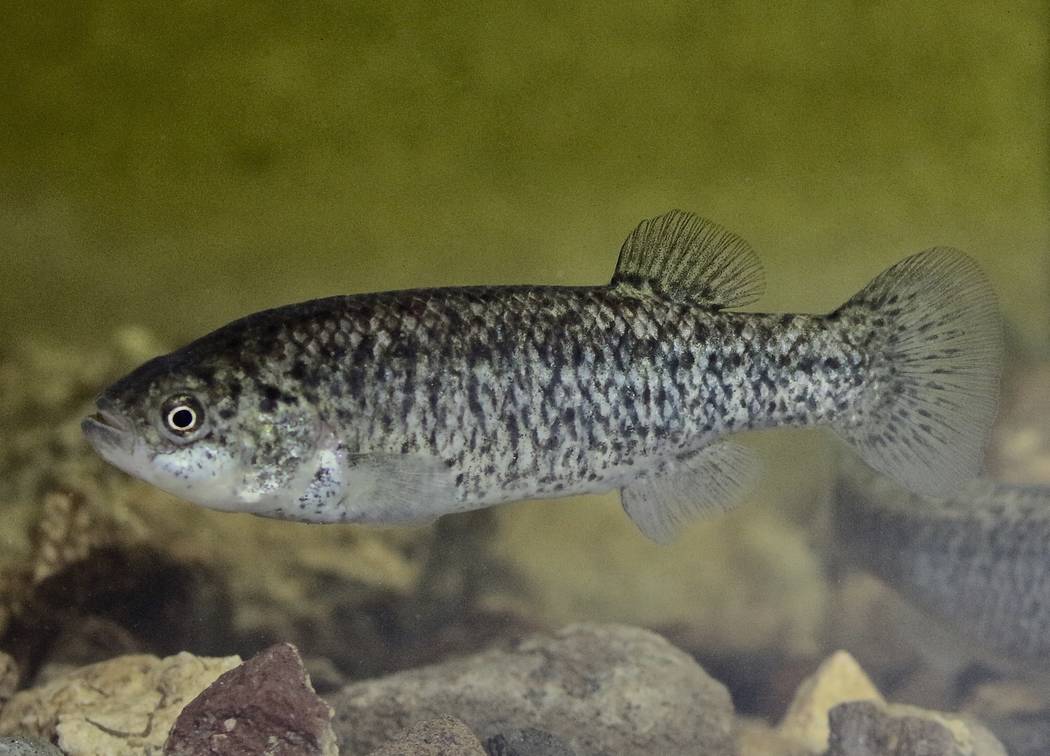 A Pahrump poolfish swims in a tank at the Nevada Department of Wildlife's fish hatchery at Lake Mead on Jan. 25. The Springs Preserve will soon be home to a reserve population of the endangered fish. (Aaron Ambos/Southern Nevada Water Authority)

It’s not quite Noah’s Ark, but Springs Preserve is gradually becoming an urban lifeboat for some of the Mojave Desert’s most threatened species.

Before the end of the year, the Las Vegas Valley Water District-owned attraction near U.S. Highway 95 and Valley View Boulevard will be home to three types of protected animals and a plant considered critically endangered in Nevada.

These aren’t tiny zoo exhibits with one or two specimens. Spring Preserve leaders want to house colonies large enough to stave off extinction for at least two of these species, should they die off in other refuge settings or in the wild.

“It ties into our mission to help protect — and educate people about — the endangered species native to the area,” said Nathan Harper, staff archaeologist for the preserve.

Already, the site features a 15-acre desert tortoise habitat with five of the threatened reptiles, including Mojave Max himself, the living mascot of Clark County’s Desert Conservation Program.

In the coming months, two new ponds on the 180-acre property are due to be stocked with about two dozen endangered Pahrump poolfish and a similar number of relict leopard frogs, a rare amphibian once thought extinct along the Virgin and Colorado rivers before it was discovered anew near Lake Mead in 1991.

Springs Preserve wildlife biologist Raymond Saumure said the leopard frog and the poolfish never lived in the springs and streams that once flowed naturally from the Preserve property. But a similar type of spring fish and a species of frog were wiped out when those original springs were pumped dry as Las Vegas grew in the early 1960s.

“There used to be a frog and fish in the system,” Saumure said. “What we’re doing, they call this rewilding.”

The relict leopard frogs and Pahrump poolfish are not meant to replace their long-lost cousins, he said, but they can be used to tell a powerful story about mankind’s impact on fragile desert environments.

Eventually, there could be as many as 10 ponds harboring rare aquatic species on the property.

For now , Saumure and company are starting small so they can be sure their manmade habitats are working as designed before expanding them.

Along the way, they expect to lose some frogs and fish to the array of birds and other wild predators that use the preserve’s protected patch of desert in the middle of the city. Coyotes, bobcats and gray foxes have been seen on the property, which the animals likely access by way of the Alta storm channel, Saumure said.

“It’s become quite the wilderness. I can’t imagine there won’t be some natural predation,” he said.

Meanwhile, plans are in works for a new trail and interpretive signs to highlight the preserve’s population of Las Vegas bearpoppy, a fuzzy-leafed plant with yellow flowers that grows only in the gypsum soils of Clark County.

The plants grow in several locations around the property, including in a patch just north of the new Boomtown 1905 attraction, Harper said.

The new walking path and signs will be built this year to link the rest of the preserve’s trail system to that less-than-half-acre of plants, which Harper said was transplanted more than a decade ago from North Las Vegas Airport.

The bearpoppy has a short life cycle and tends to lie dormant for long periods in soils with just the right pH balance, he said.

“They’re pretty finicky plants,” Harper said. “We’re just waiting for them to pop back up.”