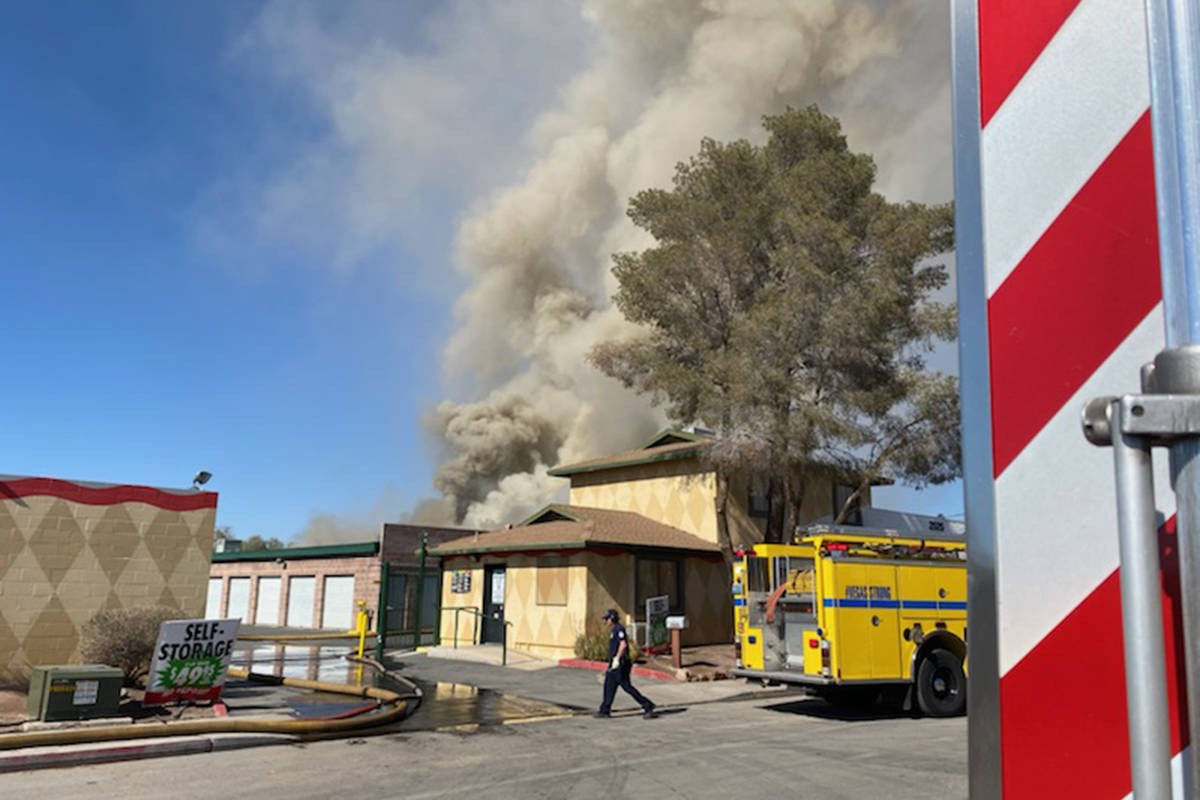 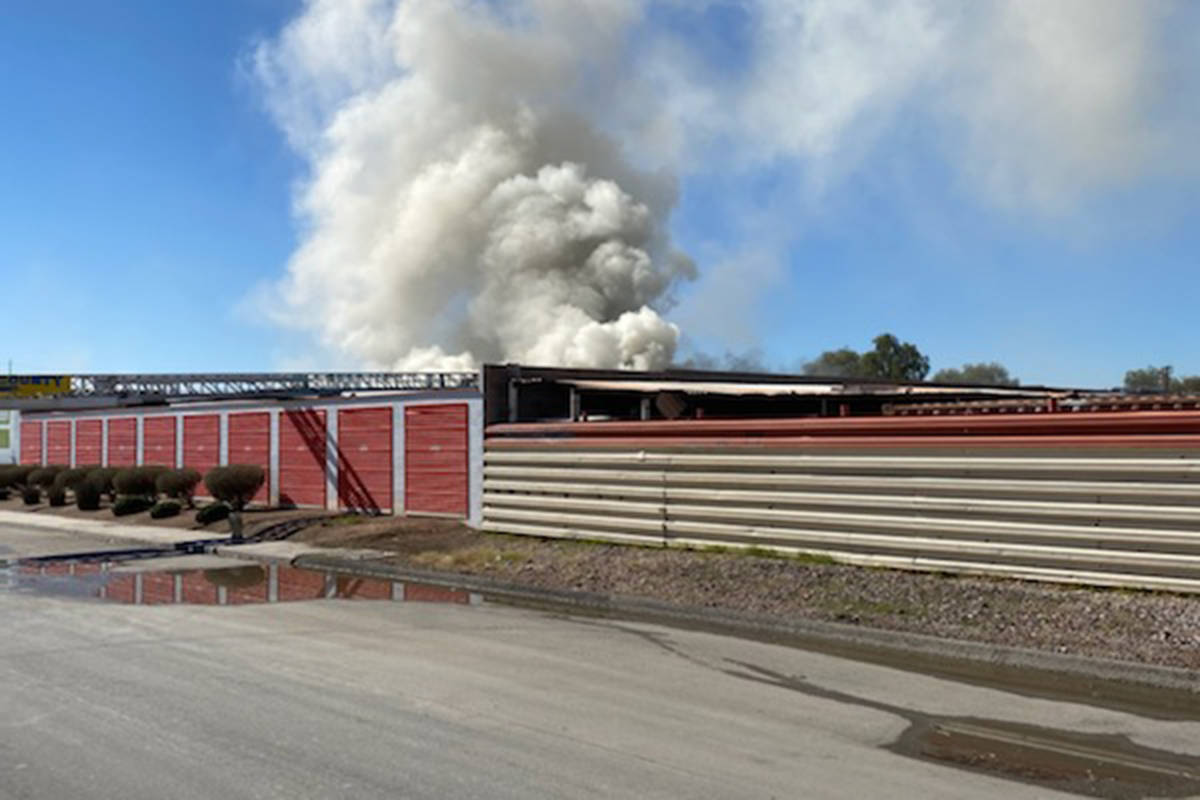 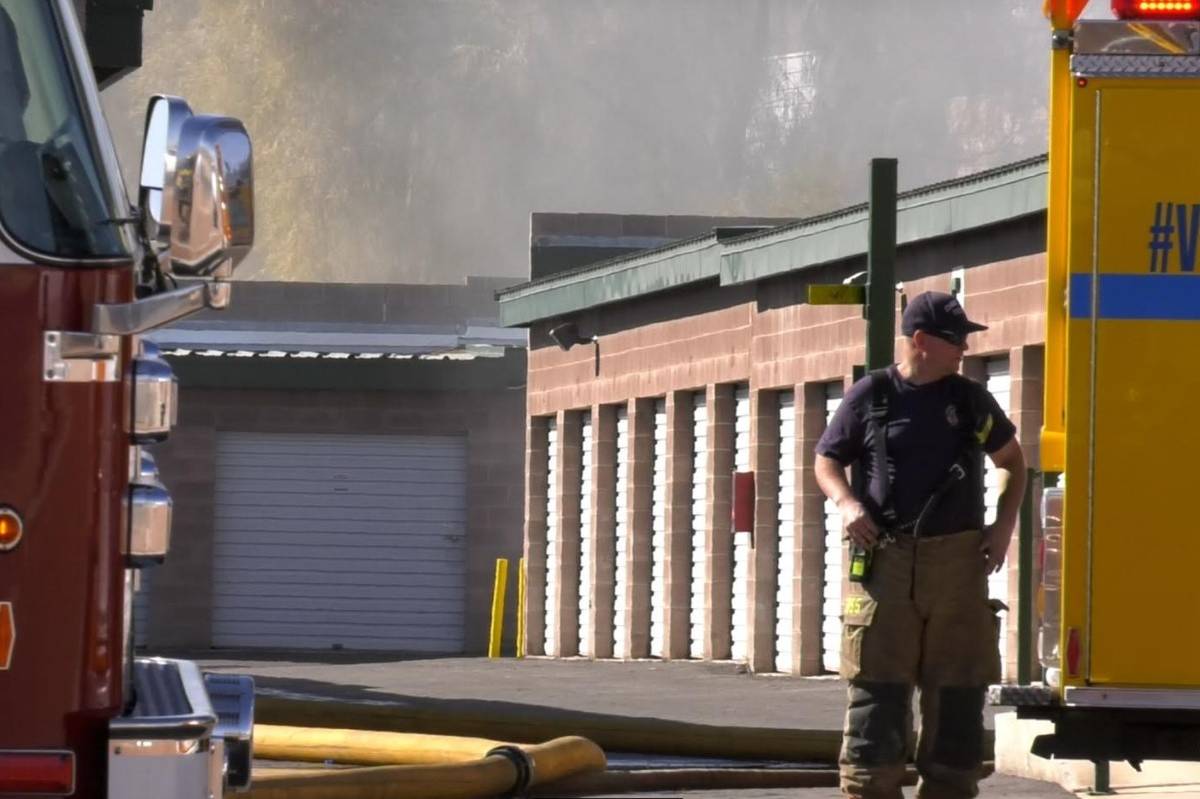 No injuries were reported after a two-alarm fire broke out Sunday morning at a northeast Las Vegas Valley storage facility.

Las Vegas and North Las Vegas fire department personnel also responded to the fire. In total, 50 firefighters worked the scene, attacking the blaze throughout several of the facility’s hallways.

The cause of the fire has not been determined. A damage estimate was not yet available.