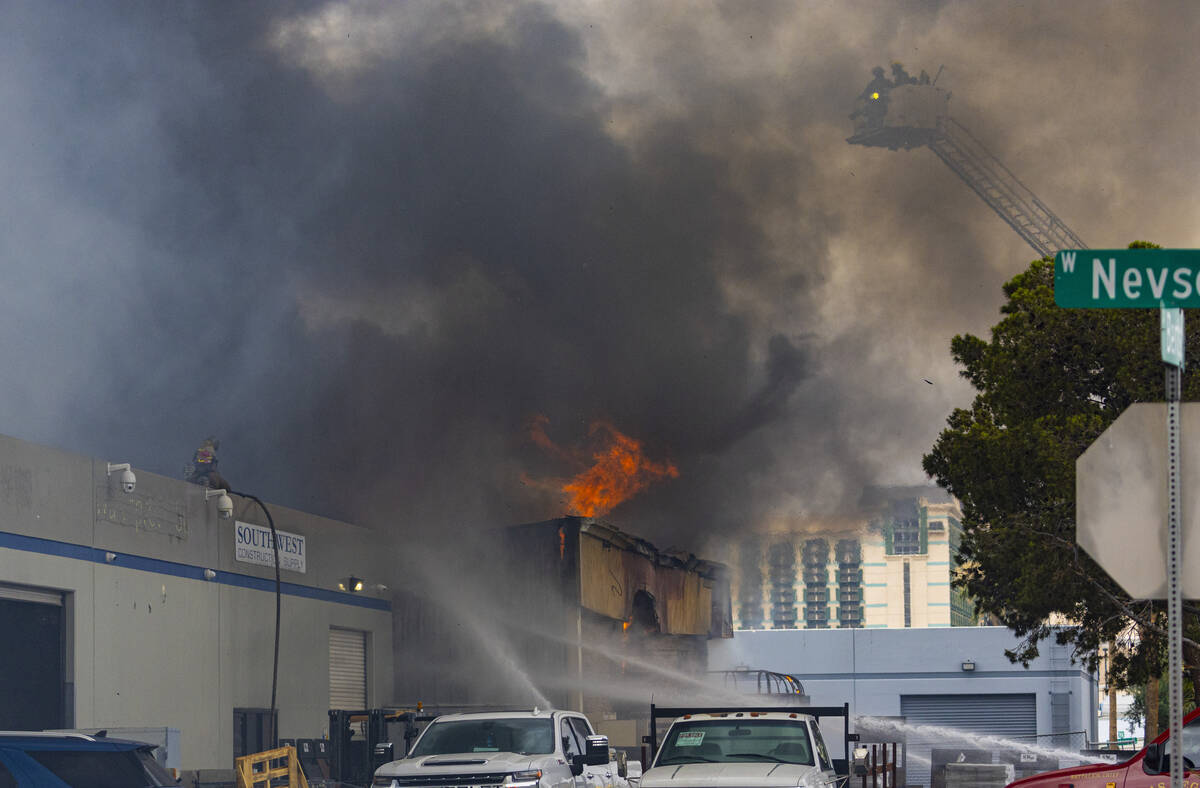 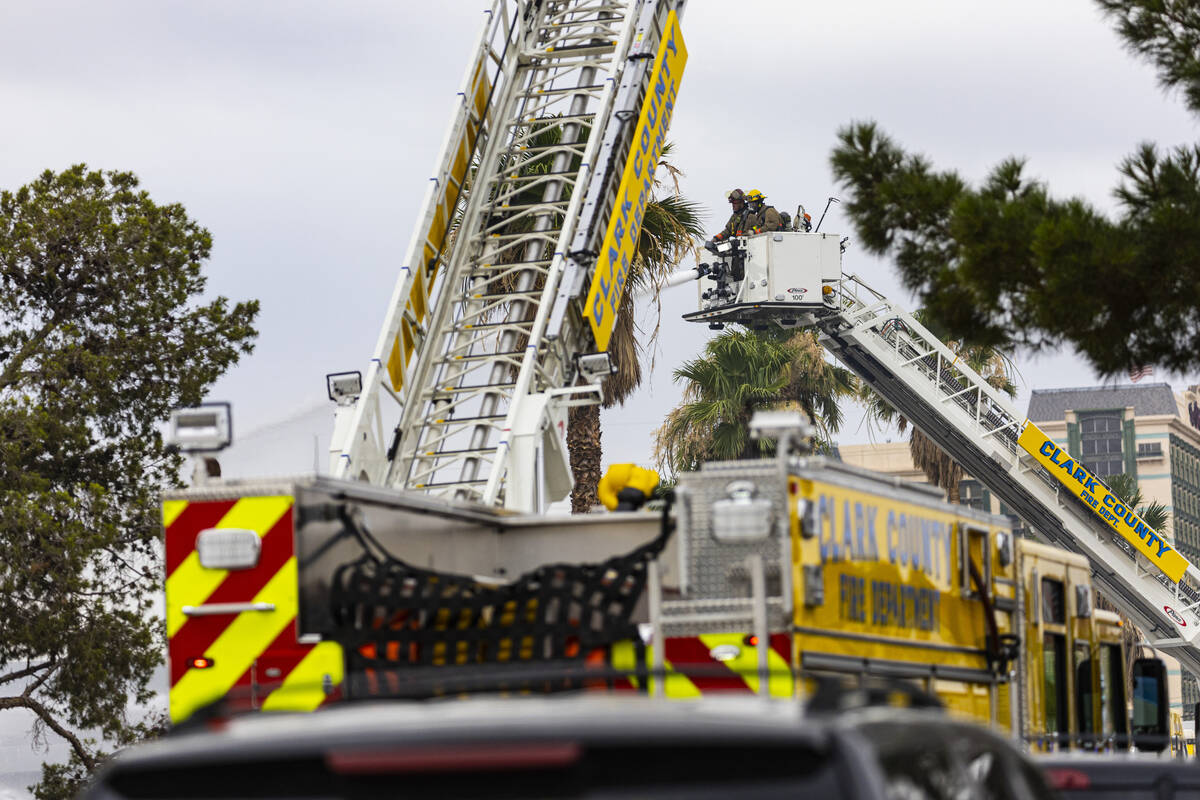 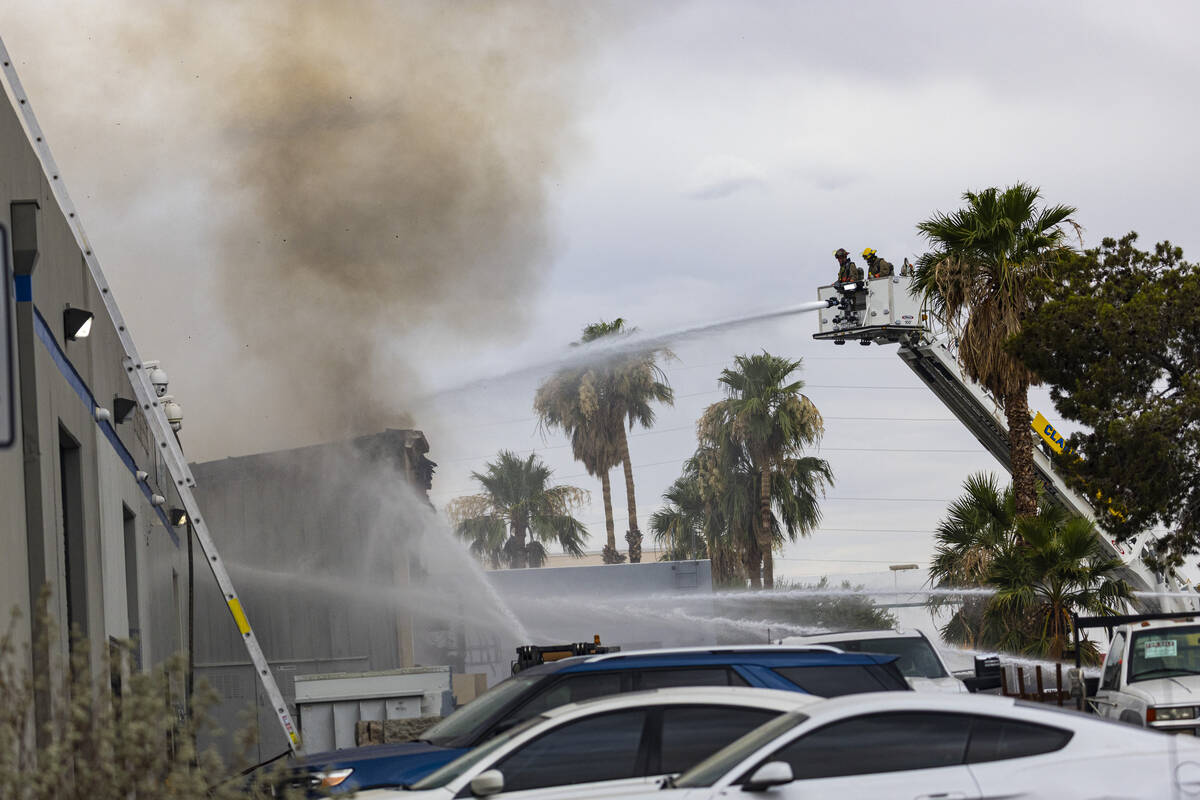 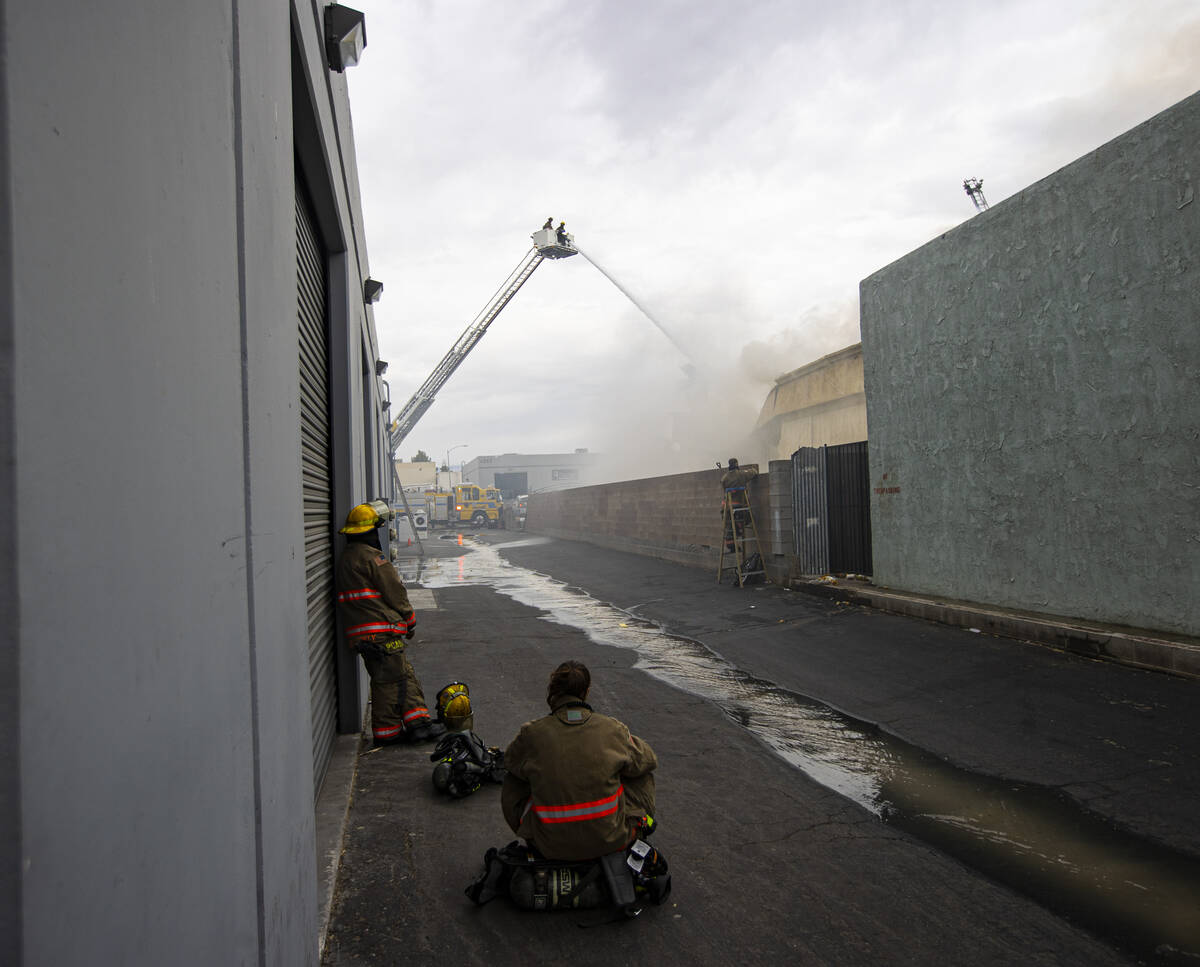 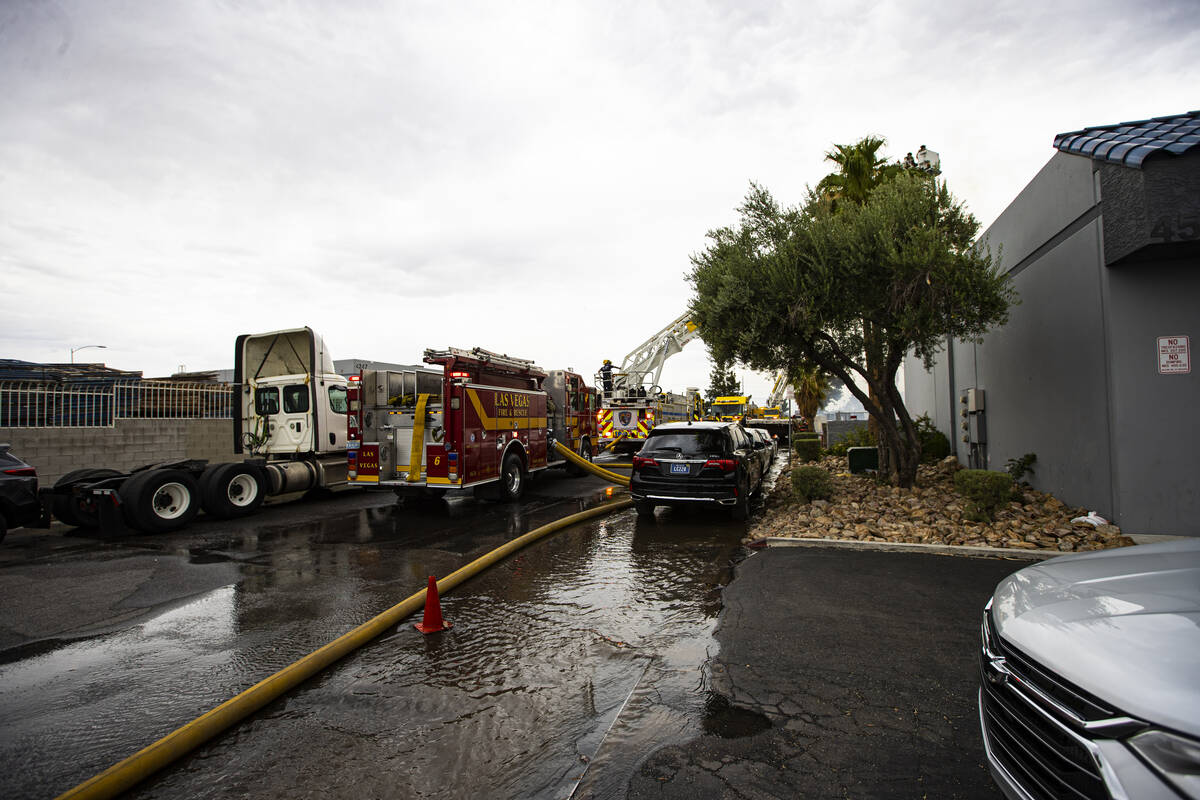 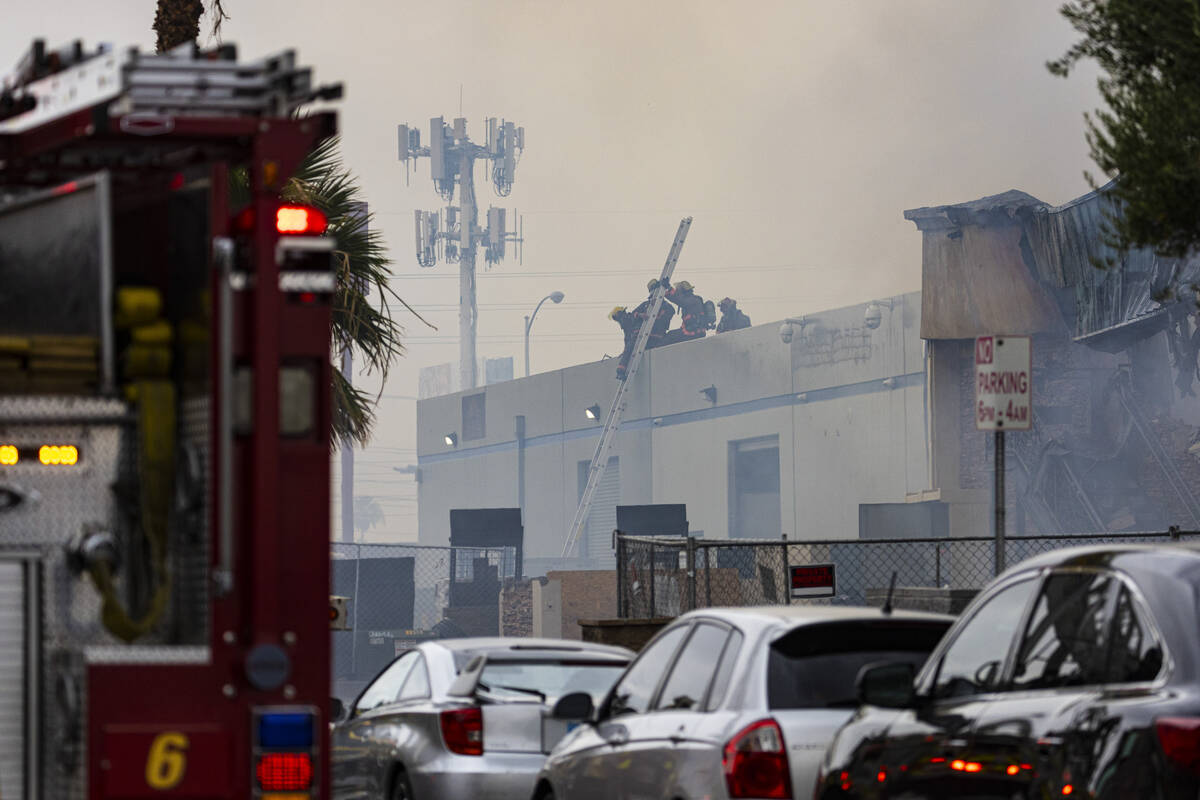 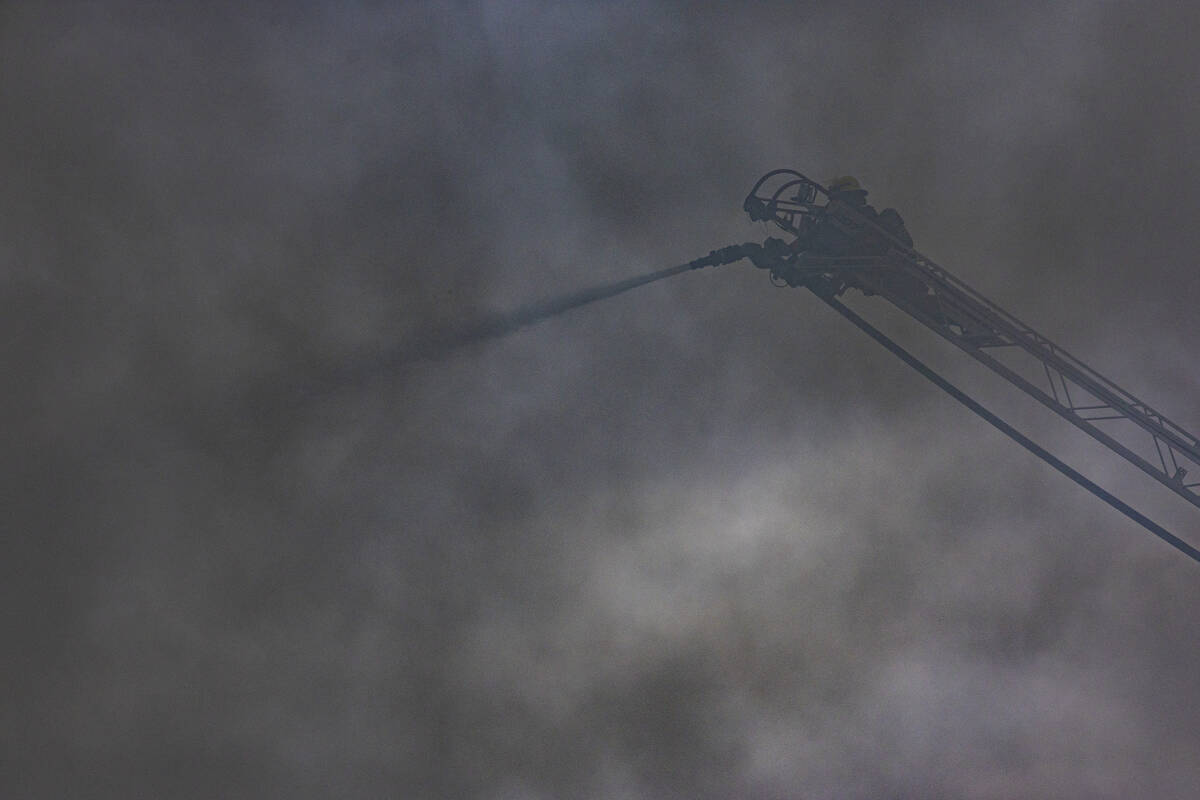 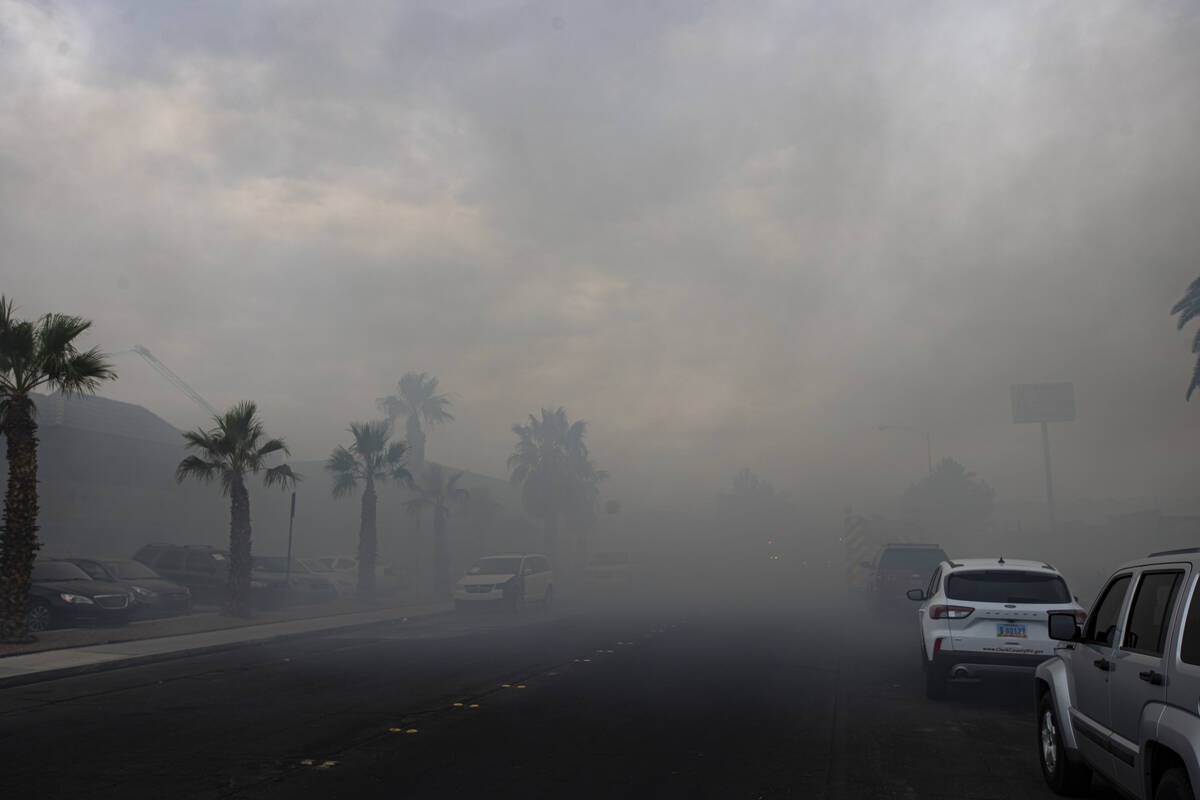 Smoke is seen as Clark County firefighters, not pictured, battle a fire at a warehouse just west of the Las Vegas Strip on Wednesday, June 22, 2022. (Chase Stevens/Las Vegas Review-Journal) @csstevensphoto 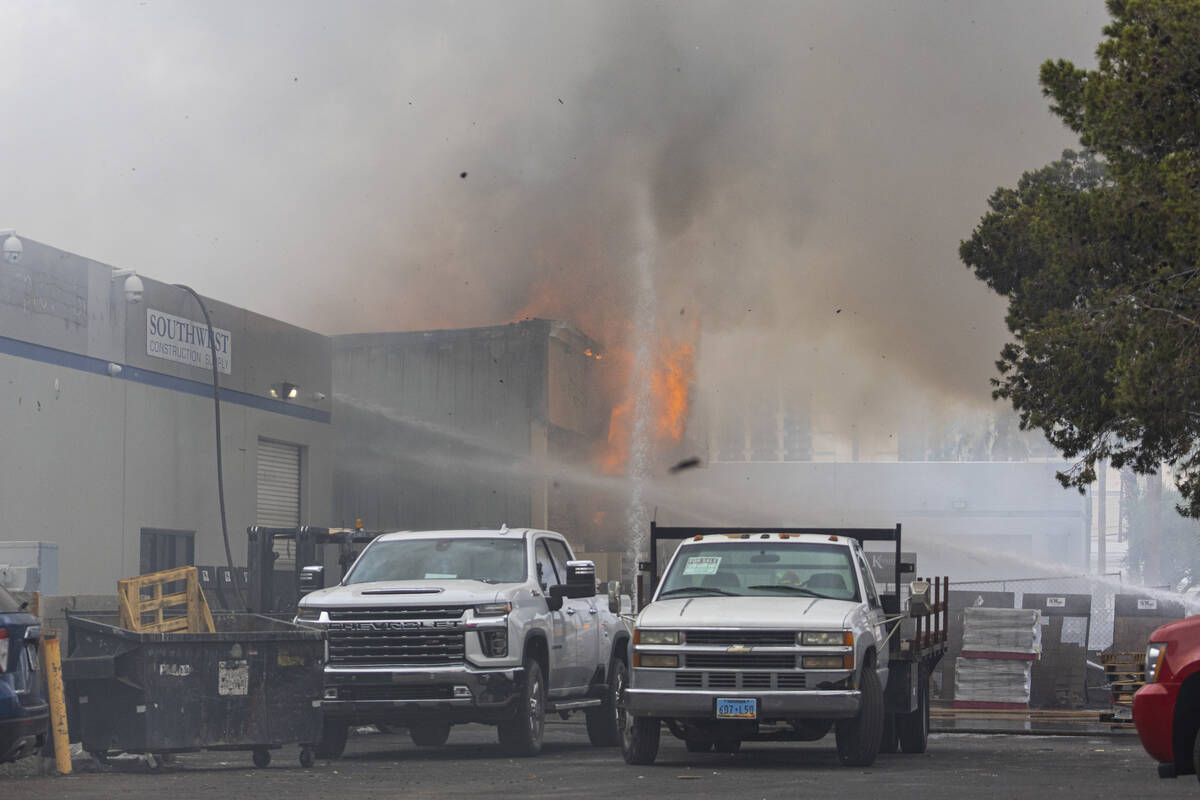 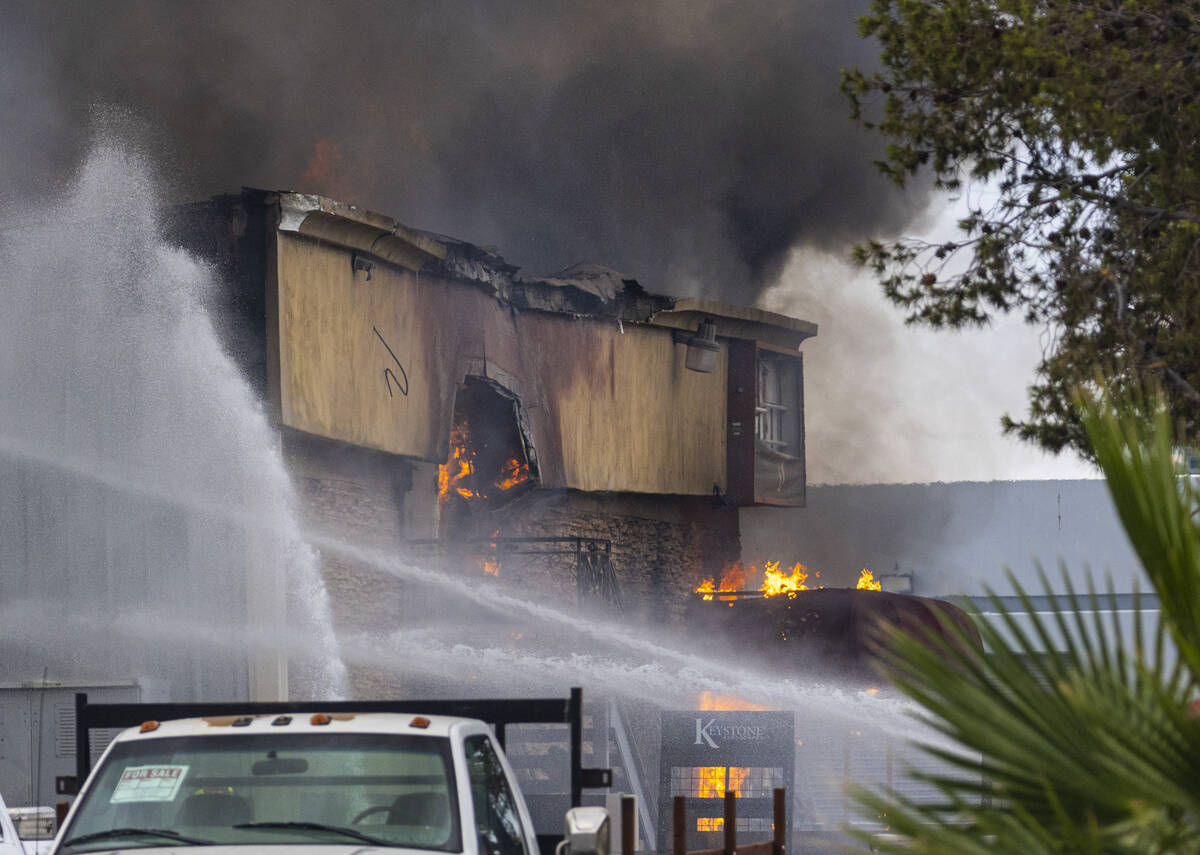 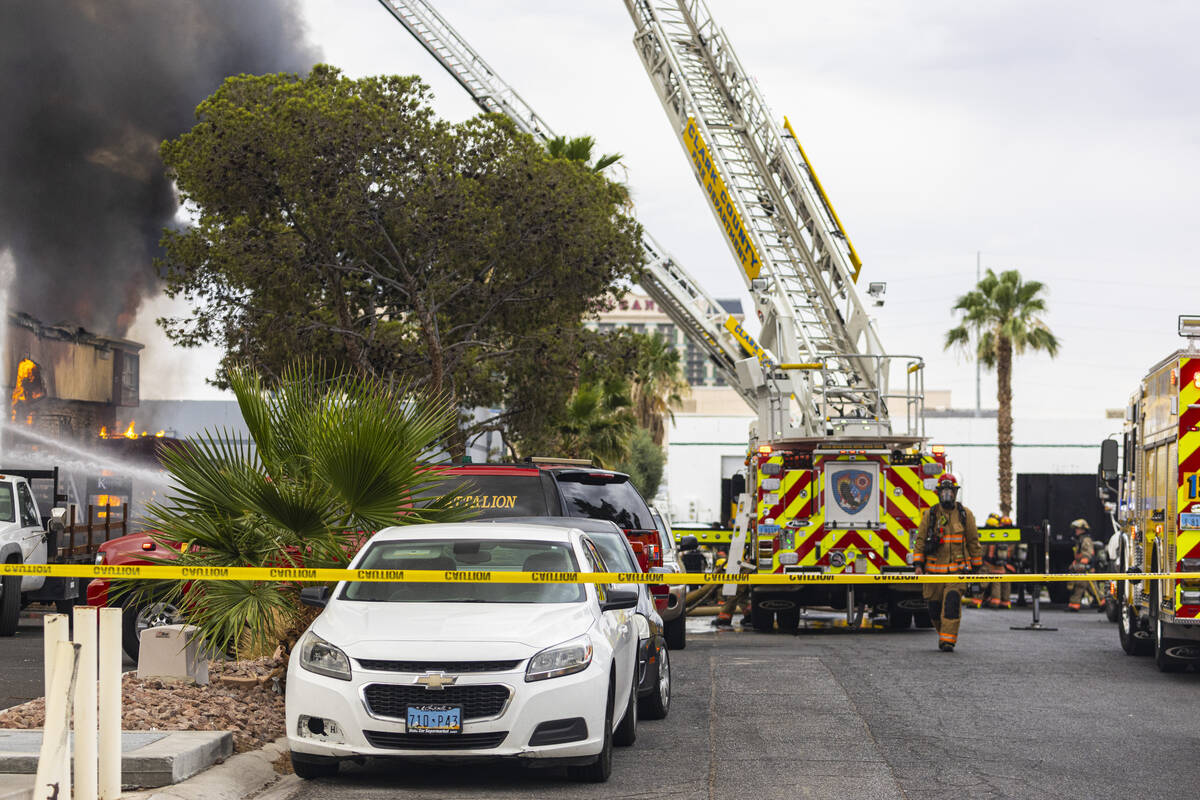 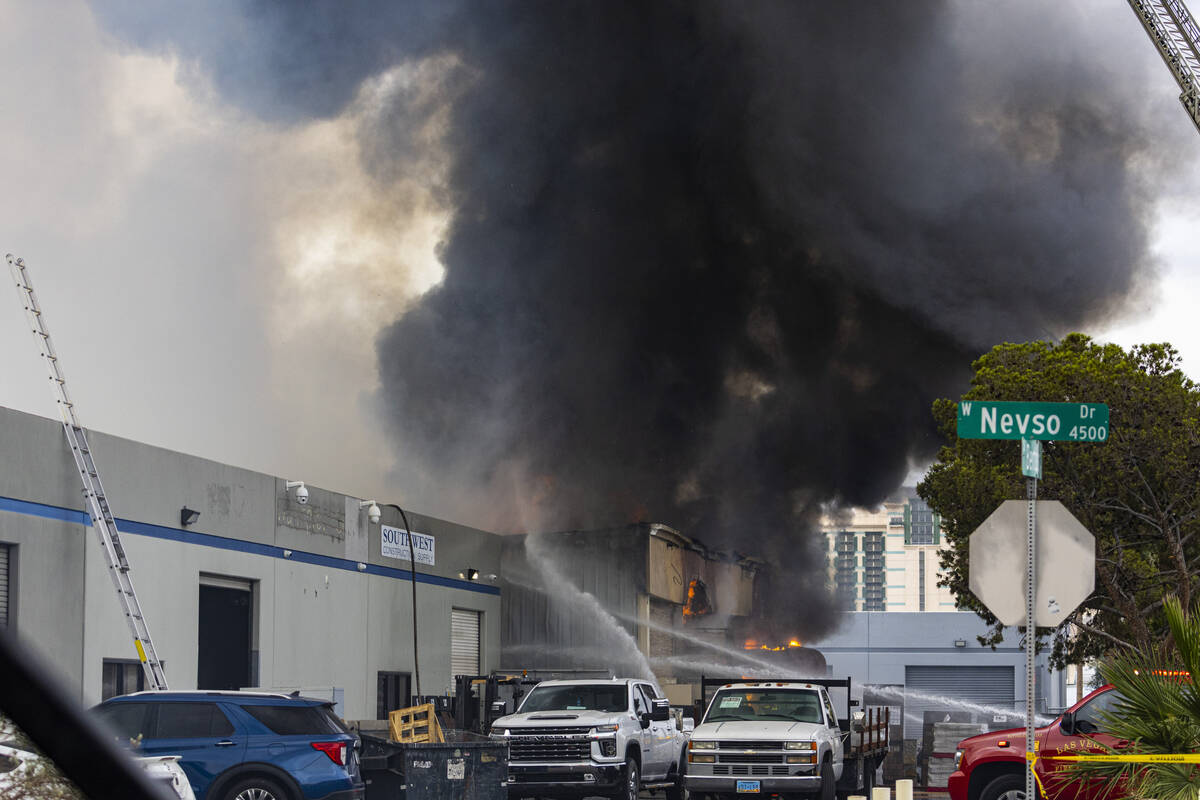 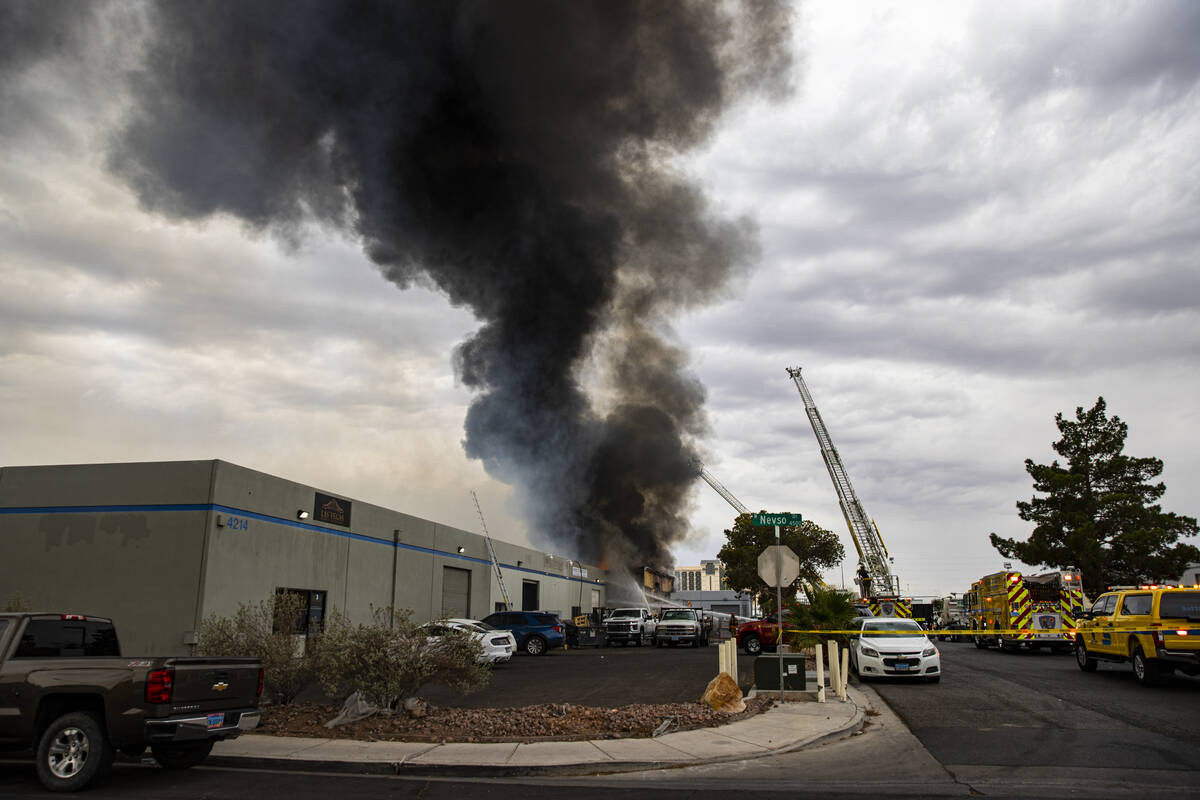 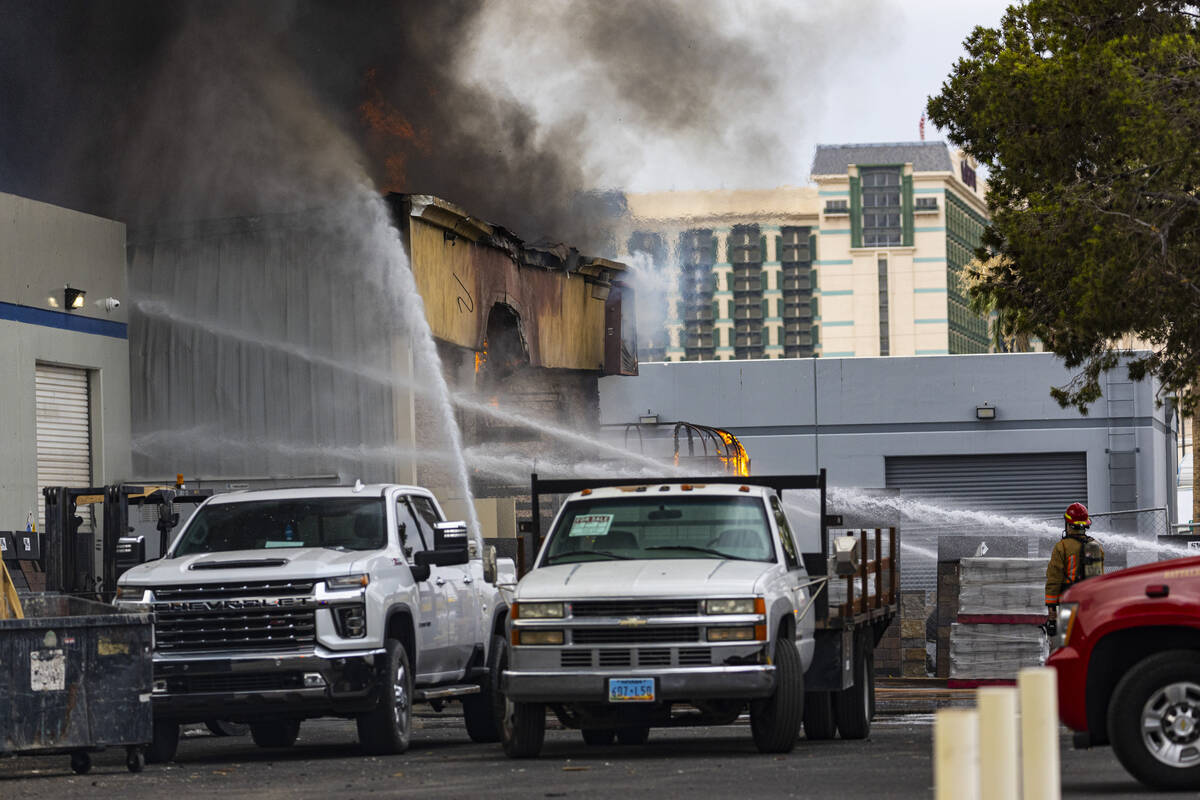 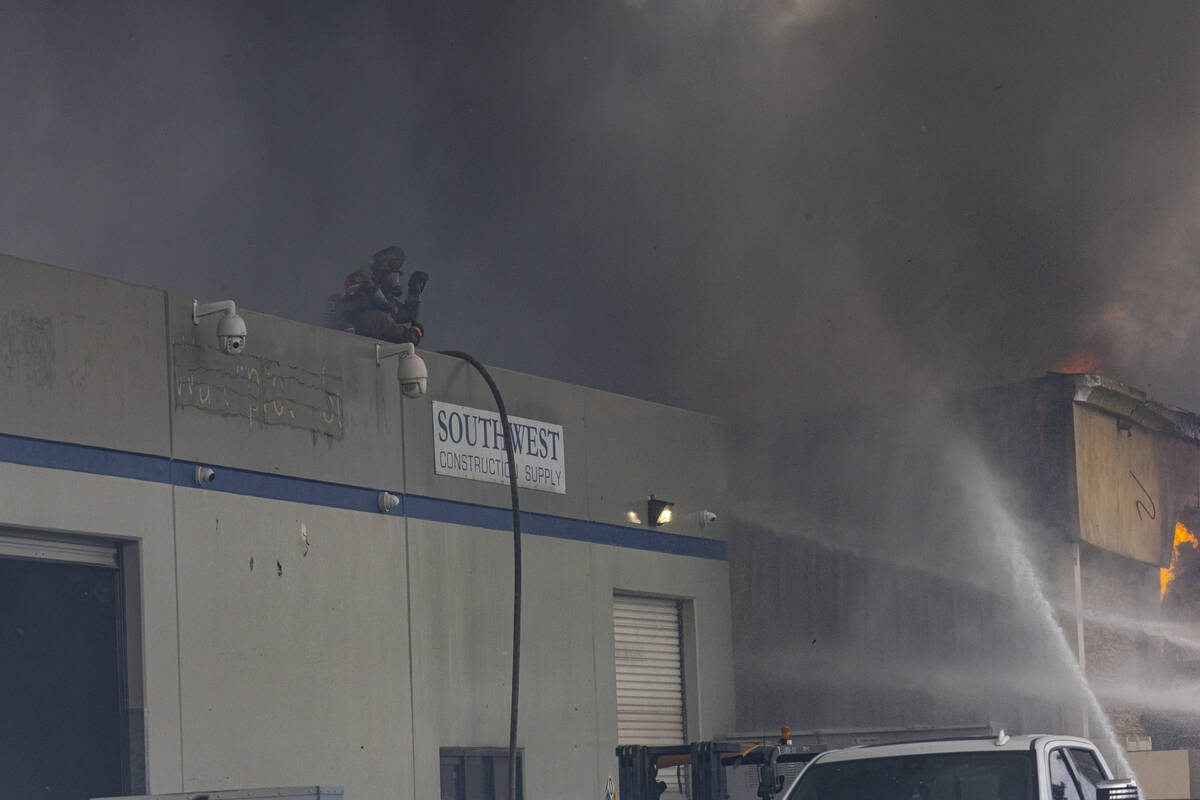 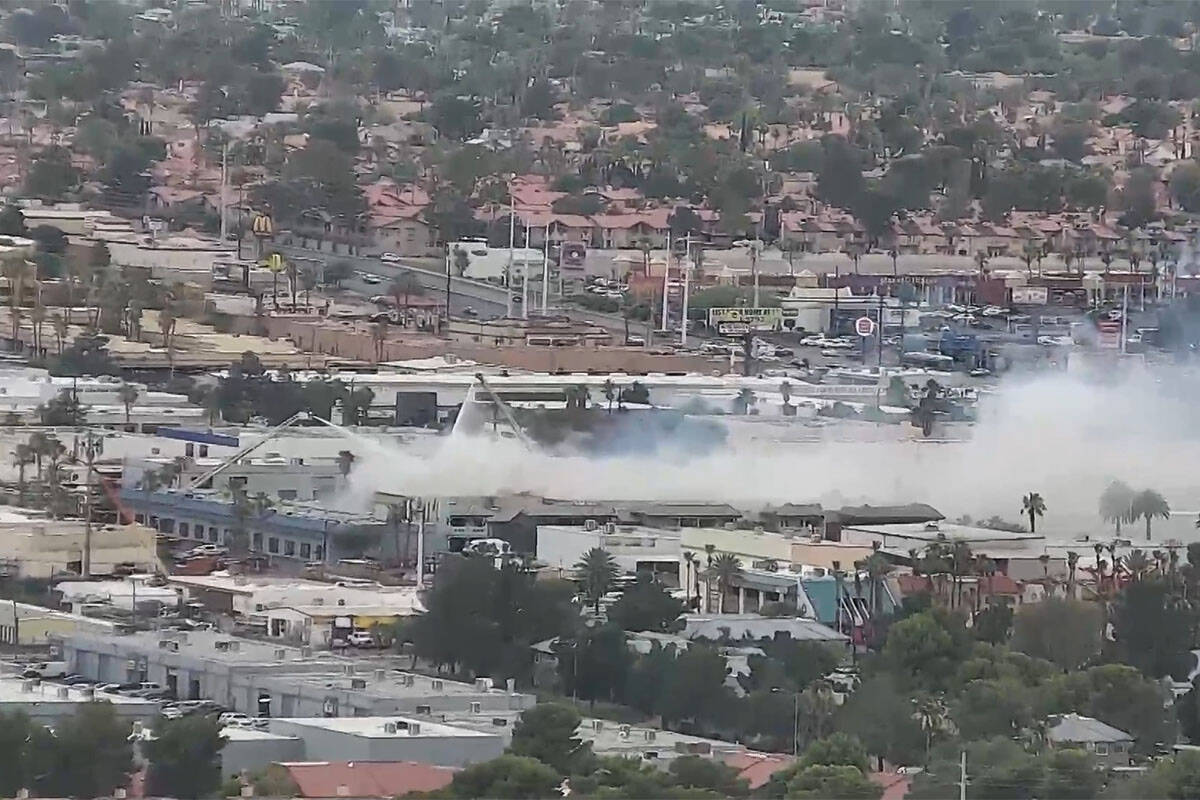 Crews from the Clark County Fire Department battle a fire Wednesday, June 22, 2022, at an industrial building on the 4200 block of Bertsos Drive in Las Vegas. (Las Vegas Review-Journal)

The fire was reported at 8:25 a.m. Wednesday at a building on the 4000 block of Bertsos Drive, near West Flamingo Road and Arville Street. Clark County Deputy Fire Chief Warren Whitney said there have been no injuries reported but firefighters were still battling the blaze more than two hours later.

“The first arriving unit found a warehouse fire with heavy smoke and flames,” Whitney said. “A defensive attack was initiated due to the heavy flame involvement and structural instability.”

Whitney said firefighters were working to contain the fire while protecting nearby buildings.

“Units are still on scene actively trying to extinguish the fire and prevent extension,” Whitney said at 11 a.m.

Whitney said the building has been vacant for nearly a decade if not longer.

Although an investigation into Wednesday’s fire is just getting started, Whitney said there’s a good chance the cause of the fire is attributable to squatters who regularly gain access to the building.