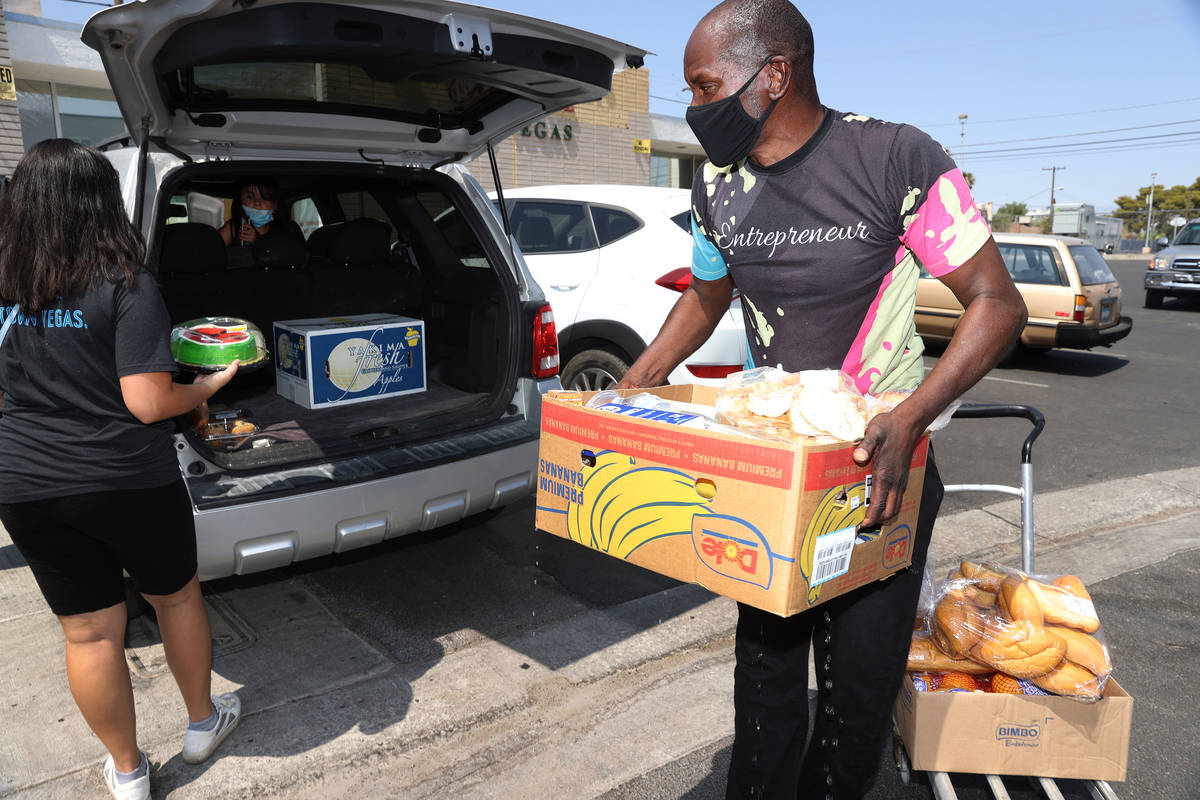 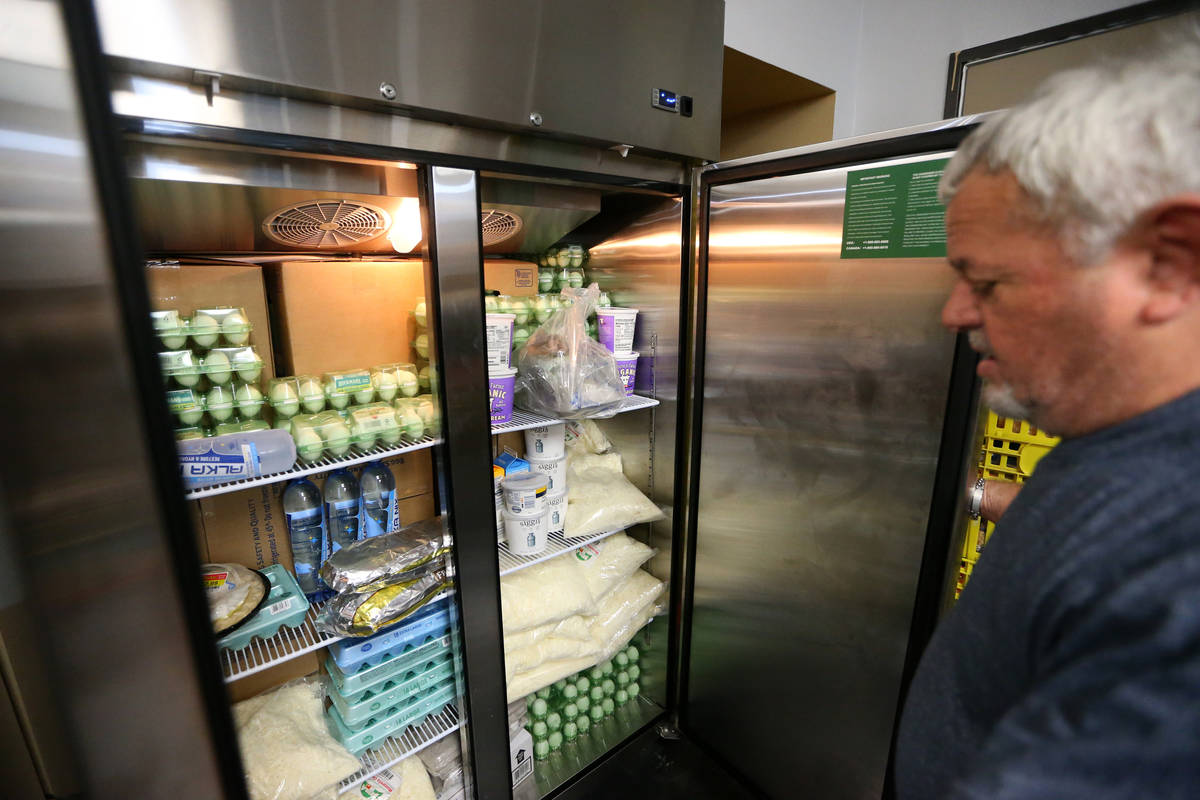 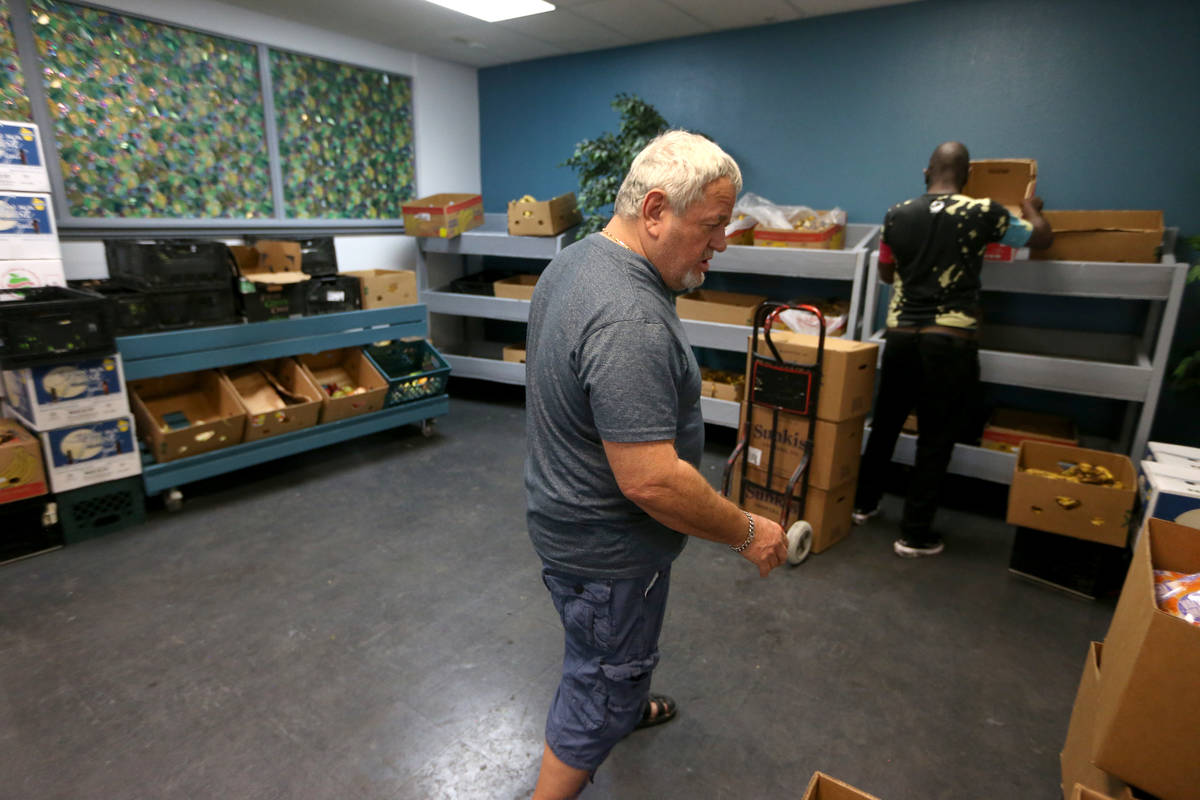 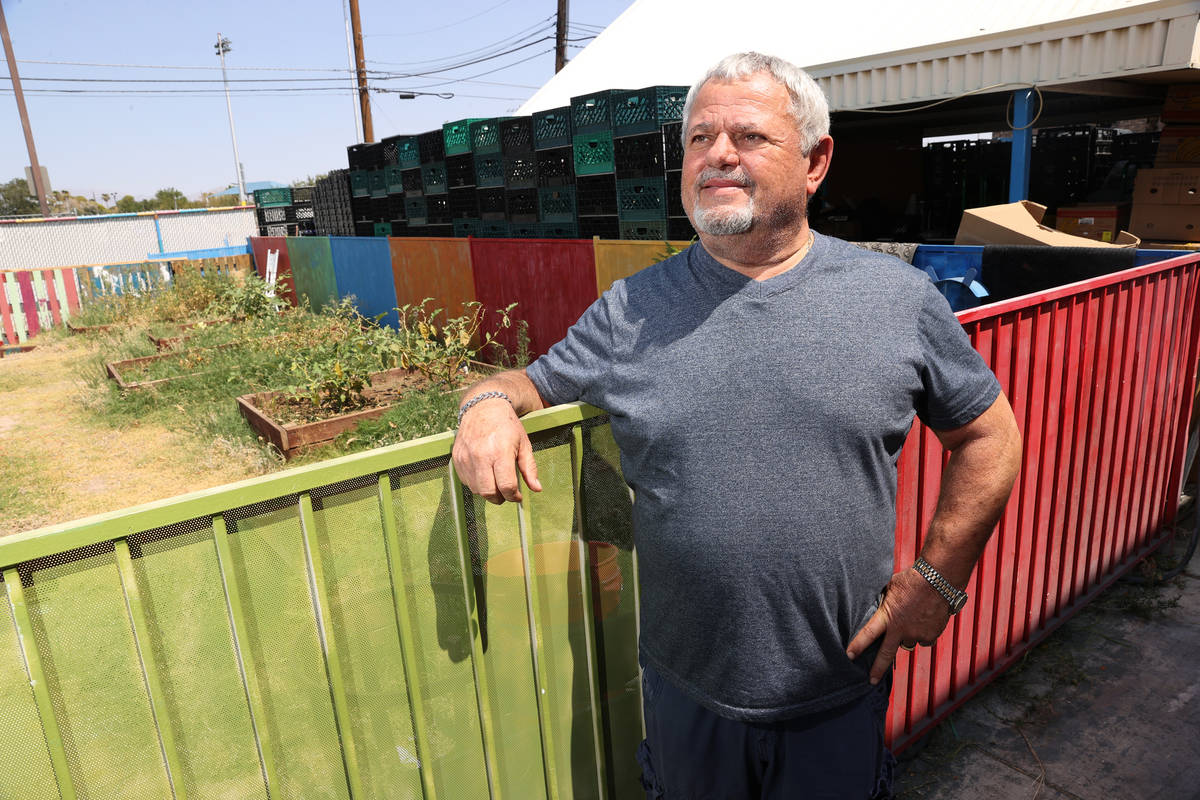 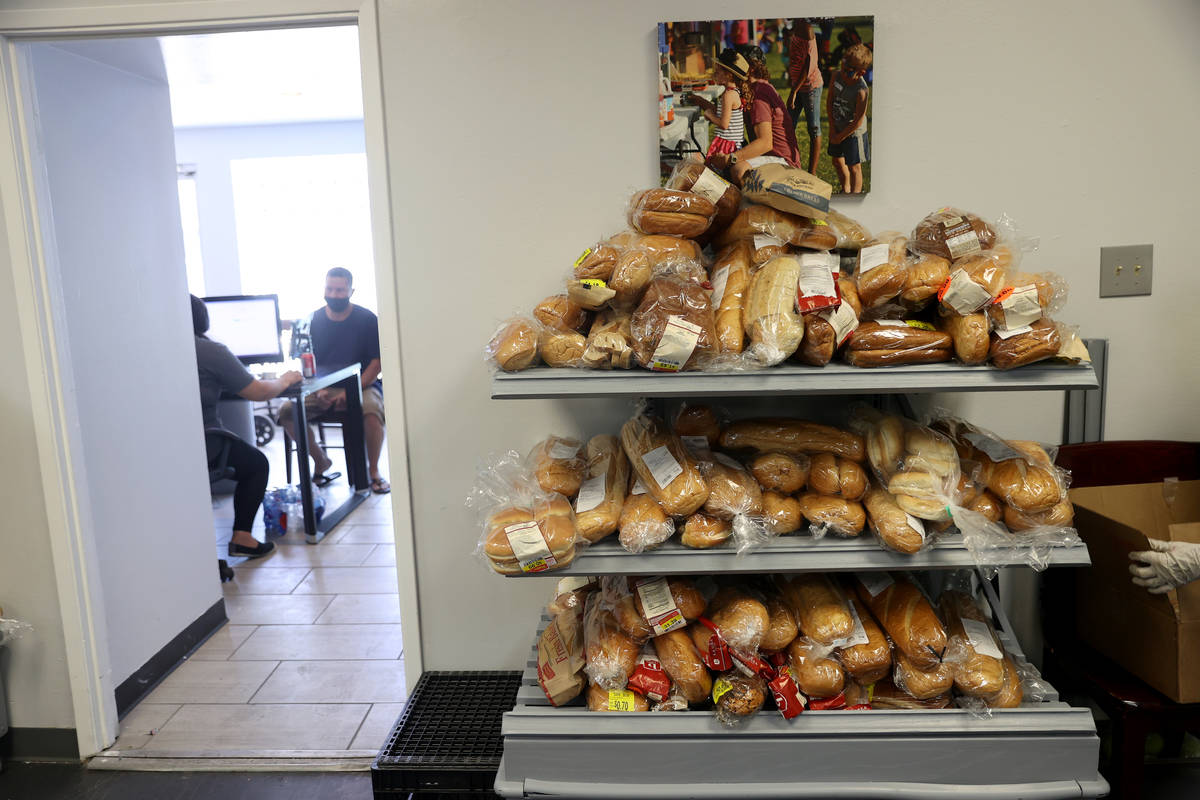 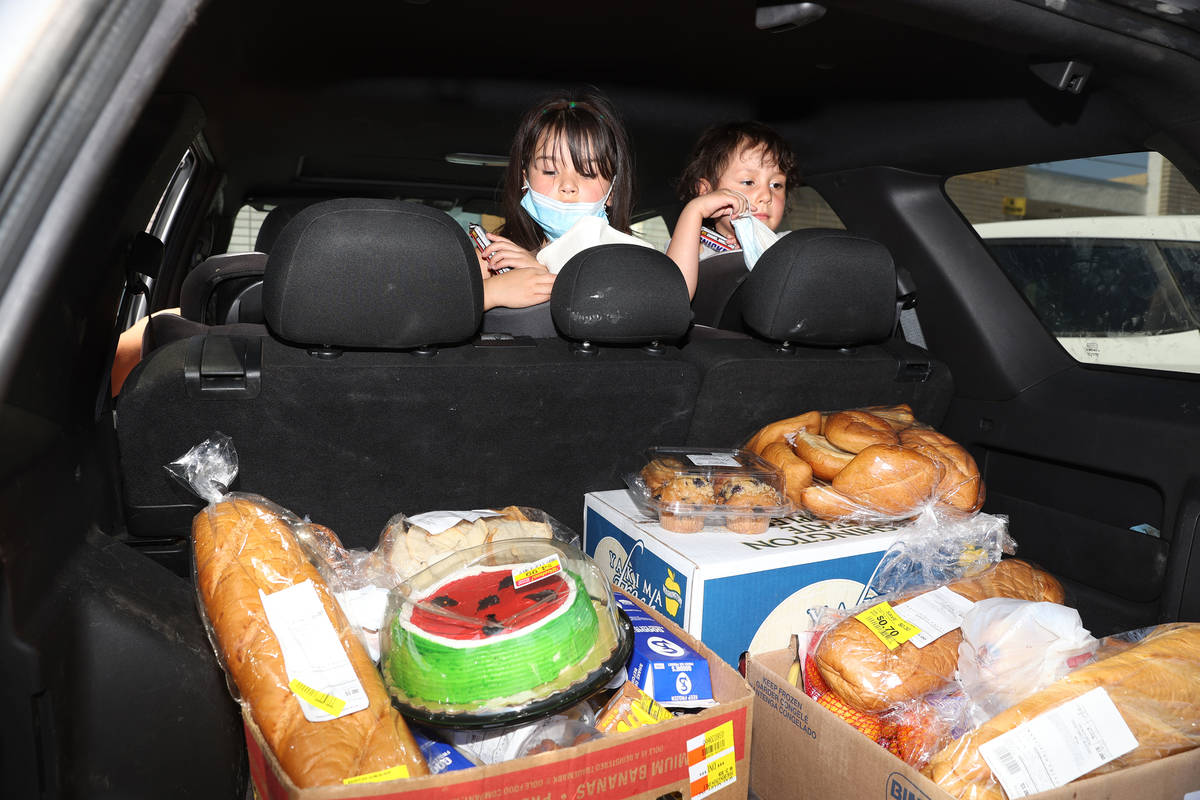 As unemployment benefits and savings run dry, food banks are scrambling to help a growing number of people struggling to put meals on the table.

At one walk-in food pantry near the Strip, Vic Caruso, director of City Impact Center, said he receives upward of five fully loaded trucks a day from Three Square, Southern Nevada’s only food bank and the area’s largest hunger-relief organization.

It’s a lot of food but a small dent in addressing the need. Larry Scott, chief operating officer at Three Square, estimates that as many as 450,000 Las Vegas Valley residents are now food-insecure and unable to reliably access healthy, affordable meals.

Hunger was already an issue across the valley long before the COVID-19 pandemic, as more than 270,000 Southern Nevadans were unsure whether they could afford food, Scott said.

“Nevada, obviously having the highest unemployment rate in the country, now has 20 percent of its population food-insecure,” an 8 percentage point increase in the pre-pandemic figure, Scott said, citing data from umbrella organization Feeding America. “We’re certainly at the very top percentage in the country.”

Scott said the need “became clear” when Three Square started sending more than one truck a day to several of its drive-thru distribution sites and pantries as supplies ran low over the past few weeks.

Three Square has been stockpiling items with extended expiration dates “in anticipation that the food bank industries are going to be pursuing every possible place to secure food.”

Over the past few months, the food bank has distributed more than 5.6 million pounds of food a month to meet demand. Three Square also receives roughly 1.3 million pounds of fruit, vegetables, meat and dairy products from the U.S. Department of Agriculture as part of the food assistance program of the federal CARES Act.

That program is set to expire in October, adding to Three Square’s challenge to meet the growing demand.

“The majority of that will have to be made up with purchased food, which runs us at 70 cents a pound, so it’s not going to be without a tremendous demand on our funding,” said Scott.

Grocery prices for staples like meat, milk and eggs have also risen across the U.S. during the pandemic, adding to the budget constraints for many families that are dealing with unemployment.

Las Vegan Jana Jones said she goes to different stores across the valley to compare prices and get a better bargain.

“I used to be able to get 2 pounds of the 80-20 ground beef for like $6, but now it’s $10,” said Jones, adding that she’s paid more for milk, eggs and vegetables in recent months. “It’s like they want to raise the price when people are struggling.”

Since the pandemic began, nearly every category of food has become more costly, according to recent seasonally adjusted data from the U.S. Bureau of Economic Analysis.

From February to June, beef and veal prices soared 20.2 percent. For eggs, the increase was 10.4 percent. Pork prices shot up 8.5 percent. Most grocery staples have fallen back for July, according to the bureau, which tracks personal consumption expenditures to measure inflation.

In Nevada, the number of household applications for benefits under the Supplemental Nutrition Assistance Program, or SNAP, has shot up in recent weeks.

The benefits, commonly known as food stamps, are part of a USDA program that provides low-income families and individuals with funds to spend at grocery stores. The amount recipients receive each month varies depending on income and family size.

SNAP benefits are loaded monthly onto an electronic benefit transfer card, which can be used like a debit card for purchases of food items.

The state Division of Welfare and Supportive Services, which administers the SNAP program in the state, has “seen in daily snapshots that SNAP applications have increased by 48 percent in the past three weeks,” spokeswoman Julie Balderson said.

More than 27,400 Nevada households filed for SNAP benefits in March. In April, that number shot up 18.8 percent to 32,631 applications, according to figures provided by the state agency.

The economic plight caused by the pandemic has exacerbated the racial and socioeconomic divides, which were already troubling before the pandemic hit.

Disparities on hunger between minority and white households across the state are stark.

Food insecurity figures jump when households with children are factored in.

Nearly half of Black and Hispanic households with children in Nevada are struggling to find food during the pandemic, according to the Census Bureau.

“That blows my mind,” McDonough said. “You’re telling me that 1 in 2 Black-headed households with children, it’s a coin toss whether or not they’re food-insecure?”

The rate for white households with children is significantly lower, at 31 percent; “you’re looking at an almost 20 percentage points spread” compared with minority-led households, McDonough said.

For Nevadans at a higher risk of getting a serious illness from the coronavirus, going out to get groceries might not always work.

Scott said that Three Square’s senior program, which delivers groceries to the elderly, has seen demand increase 75 percent during the pandemic.

Punam Mathur, of Delivering with Dignity, a program that delivers restaurant-quality meals to valley residents most vulnerable, said the agency has been delivering 10,000 meals a week, an uptick over the past several weeks.

That’s more than double the number of meals it delivered at the onset of the pandemic in March.

As of last week, the organization has delivered close to 154,000 restaurant-cooked meals to people identified by the 47 nonprofits with which it partners. The data, Mathur said, “indicates the need is broadband and widespread across children, adults and seniors and all over the valley.”

Hunger among the elderly “was massively higher” than what was being reported by other anti-hunger organizations, said McDonough, who has studied the food insecurity of seniors in Southern Nevada.

“It was extraordinarily unnerving for seniors pre-COVID,” he said. “I can’t even imagine what it is now.”