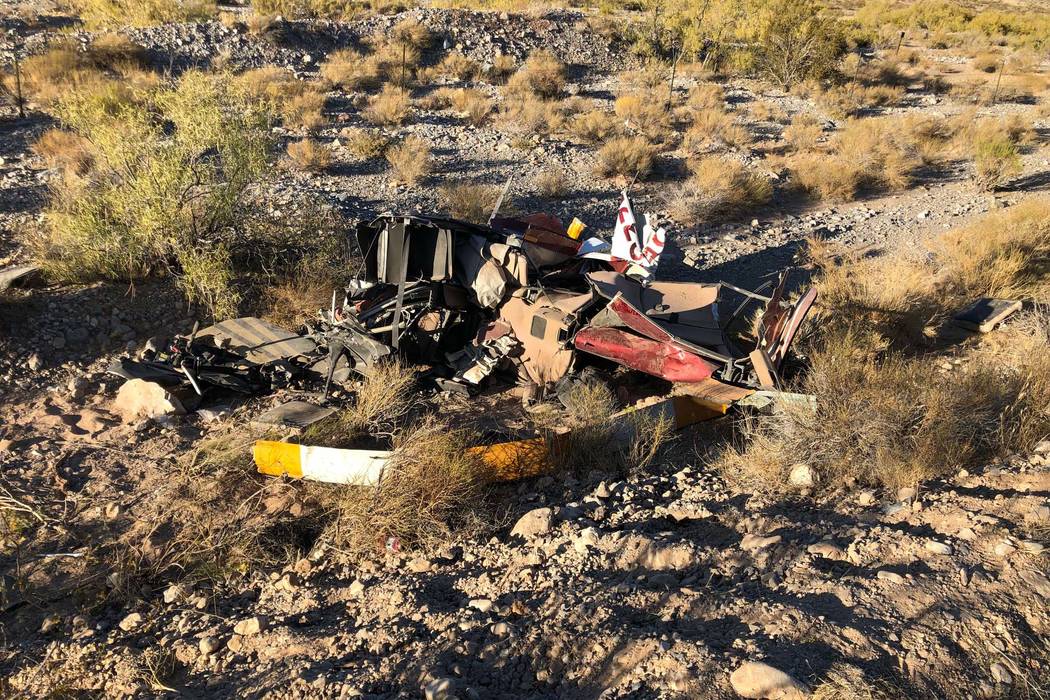 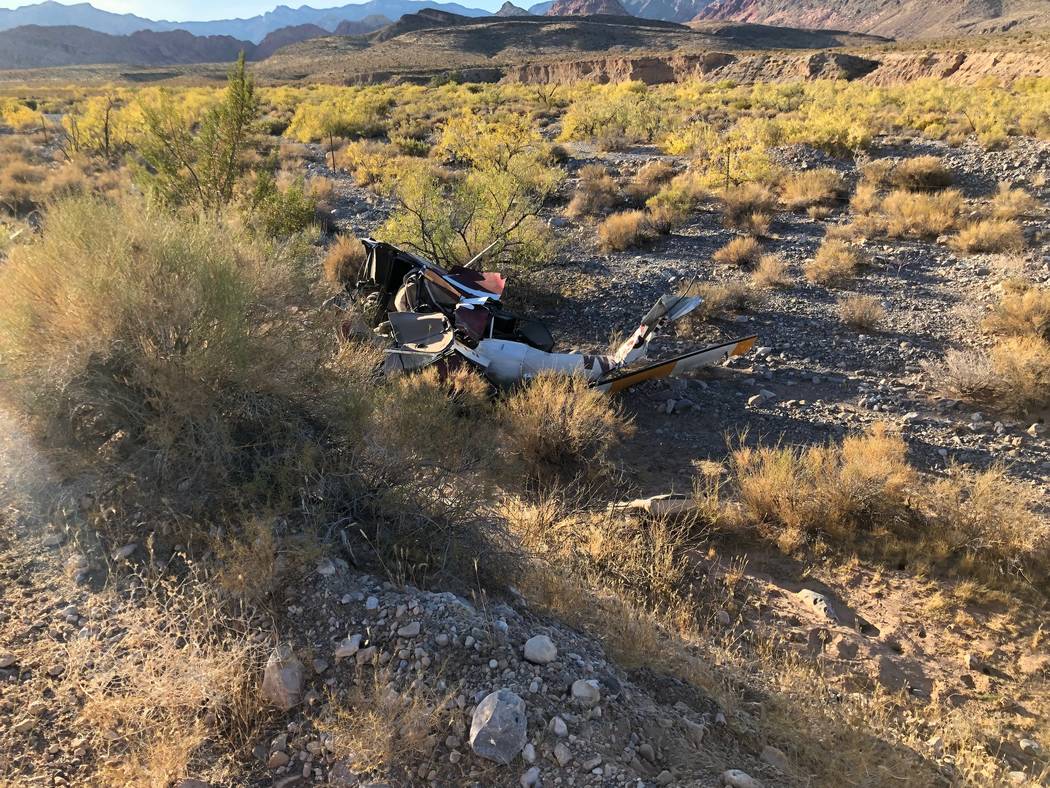 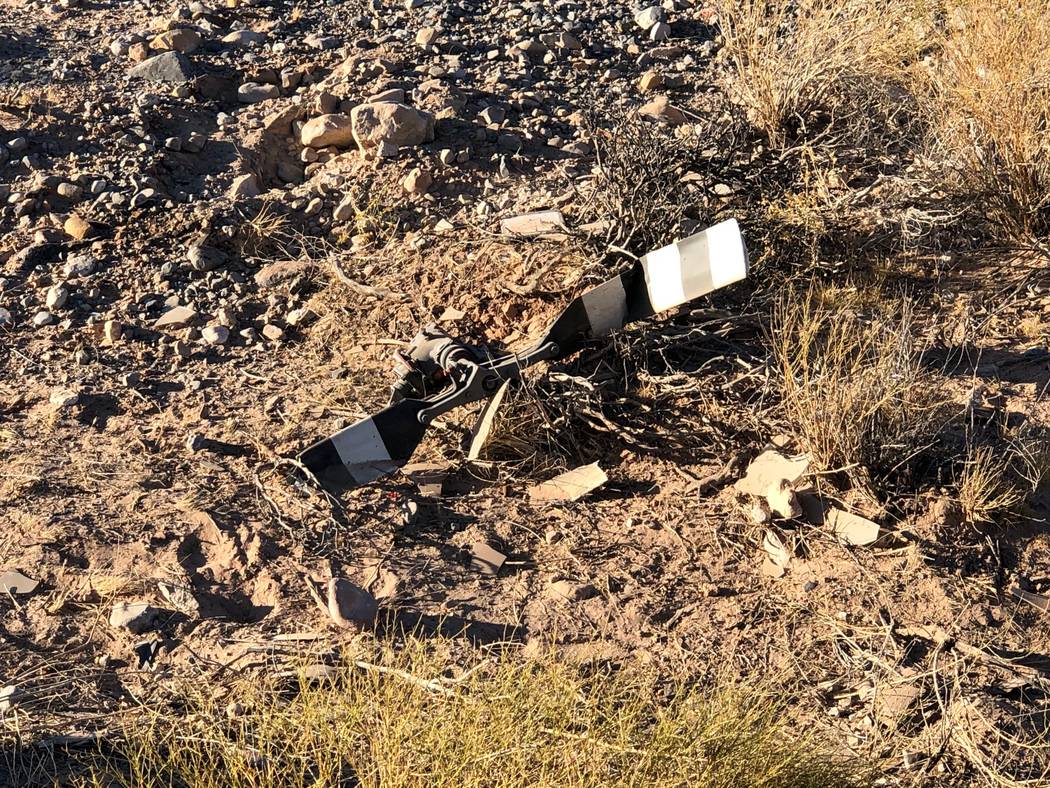 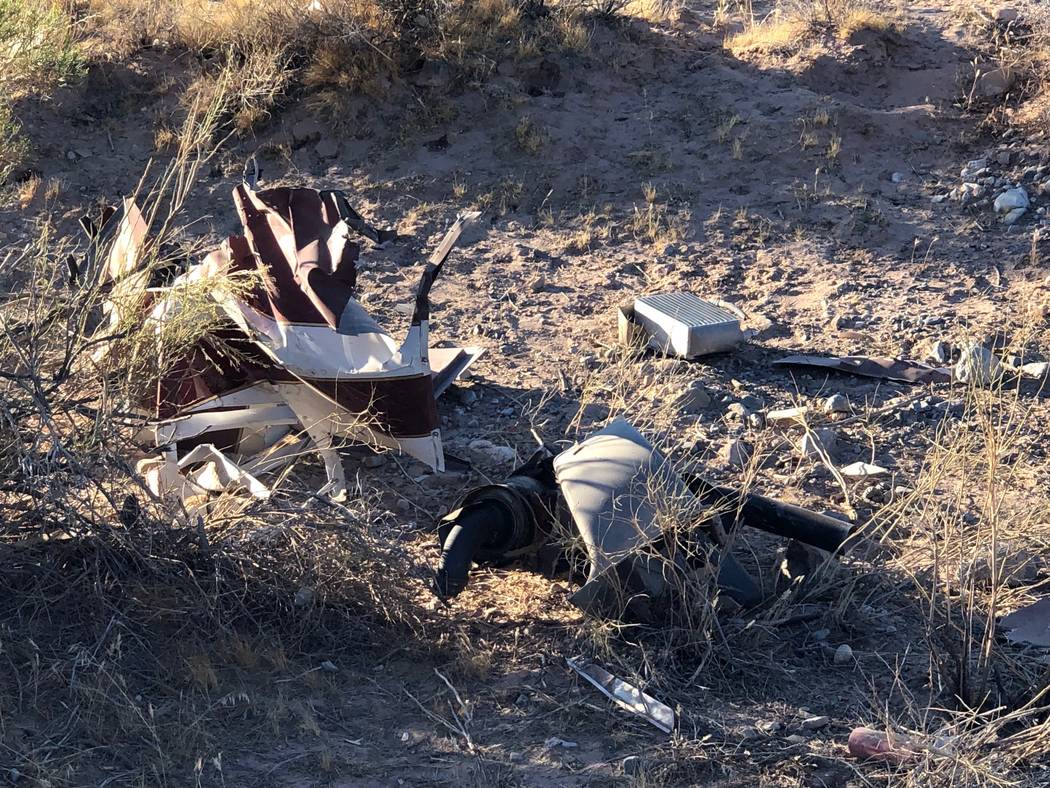 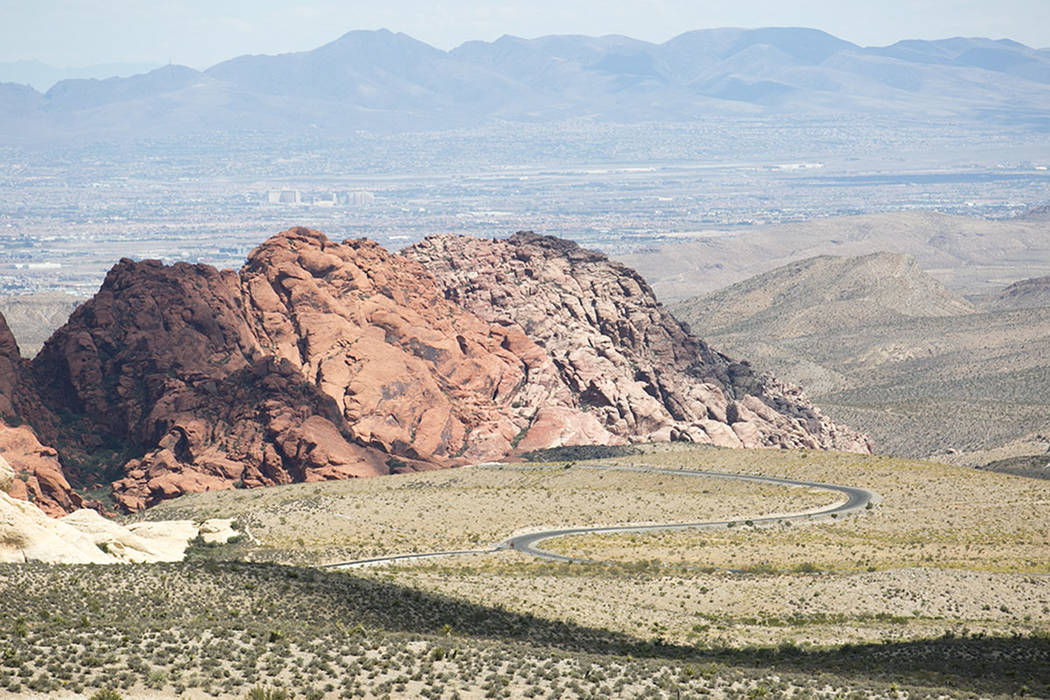 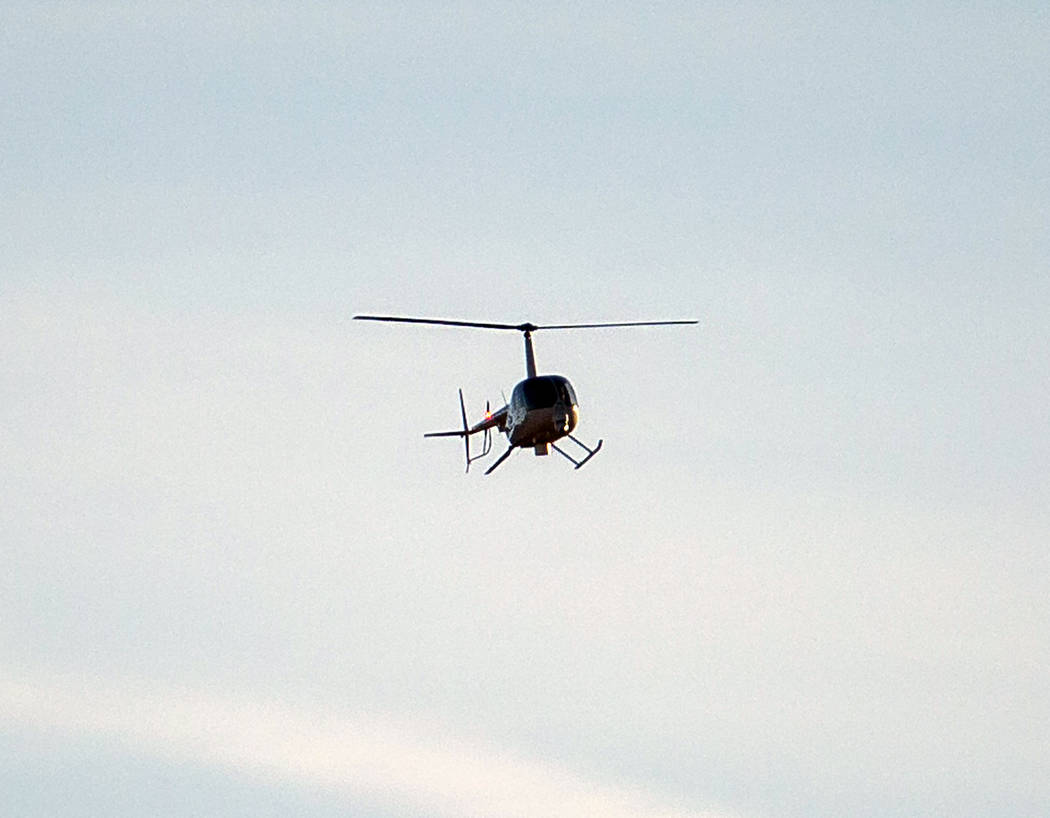 A helicopter flies above state Route 159 in response to a helicopter crash in the Red Rock Conservation Area on Wednesday, Oct. 23, 2019, in Las Vegas. (L.E. Baskow/Las Vegas Review-Journal) @Left_Eye_Images 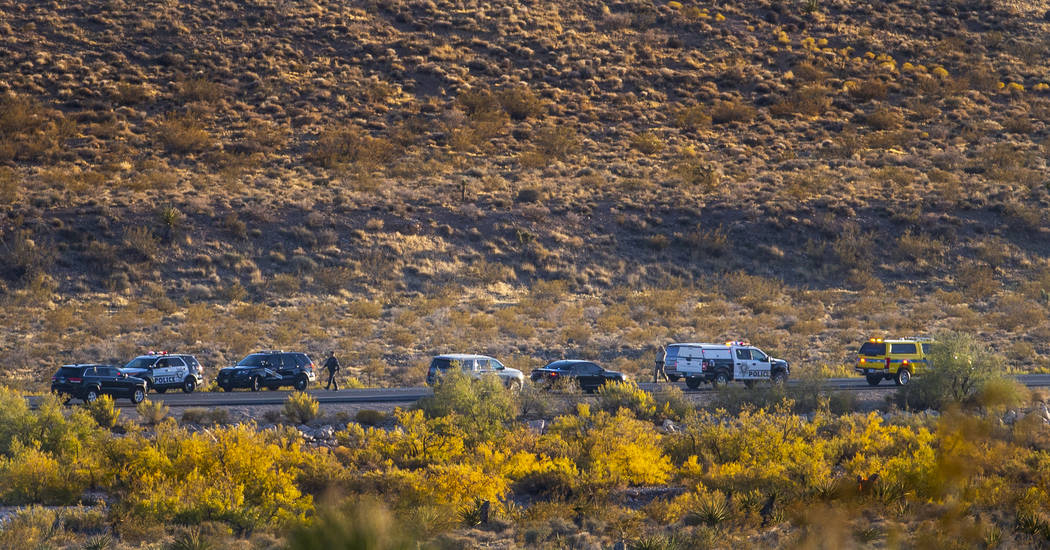 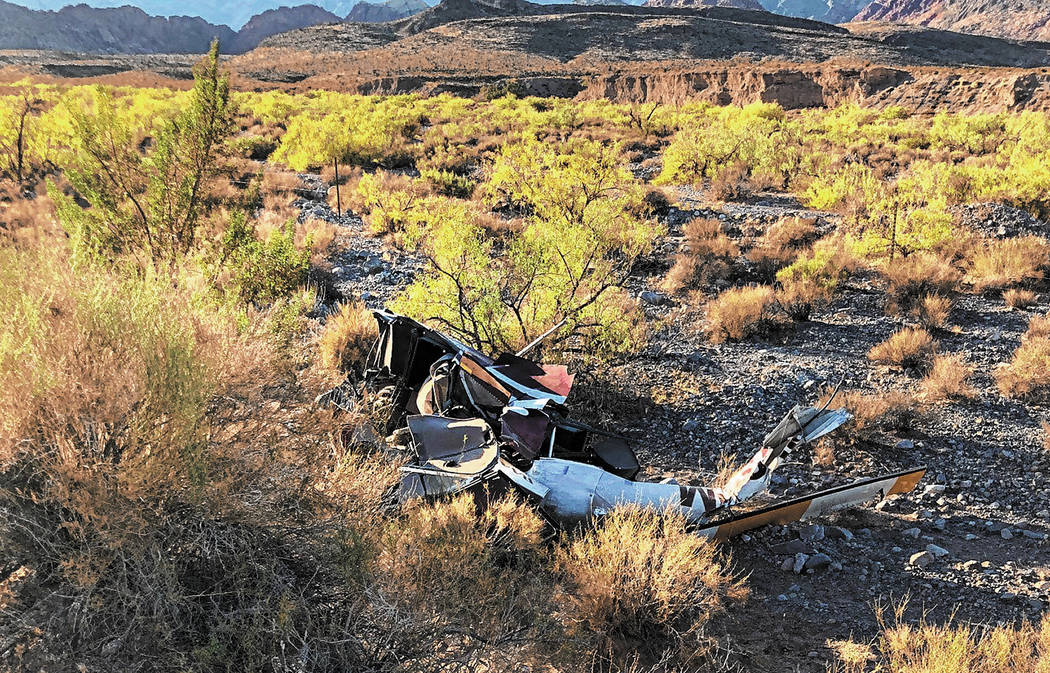 Good Samaritans called 911 about 3:40 p.m. and began rendering first aid for the victims after they witnessed the crash, Nevada Highway Patrol spokesman Jason Buratczuk said outside the scene Wednesday evening.

The two people were the only ones onboard the Robinson R44 helicopter, and both were taken to University Medical Center in critical condition, he said. The man, who was the pilot, died at the hospital, Buratczuk later said.

State Route 159 was closed between Sky Vista Drive and Moenkopi Road because of debris on both sides of the road and fuel “onboard” the helicopter, Buratczuk said. The helicopter battery was still connected and could ignite the fuel, he said.

“We’re keeping everyone as far back as possible because we don’t want any type of fire or explosion to take place,” he said.

Buratczuk said the helicopter crashed about 20 feet from the road, north of the Desert Sportsman Rifle Club and the Red Rock Canyon entrance sign.

The helicopter is registered to Binner Enterprises LLC, a Henderson aviation and flight school, according to the Federal Aviation Administration.

Binner said the helicopter was flown by a registered pilot.

Buratczuk was unable to confirm where the helicopter was coming from or why it crashed.

He said the witnesses who saw the crash were quick to call 911 and started helping the victims “well before” any first responders got to the scene.

“Kudos to the citizens who were on the scene first,” he said. “That was great that they were there to help.”

Law enforcement and the FAA remained on scene Wednesday night.

This article was updated to correct Binner’s employment status. 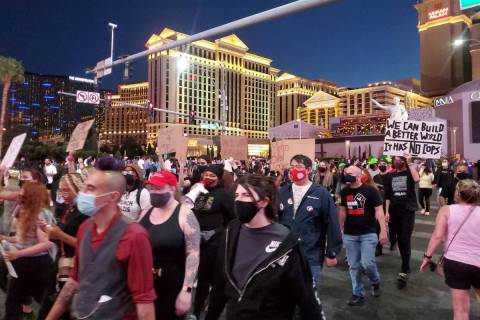 A protest is underway on the Las Vegas Strip in solidarity with recent protests in Minnesota following the fatal shooting of 20-year-old Daunte Wright. 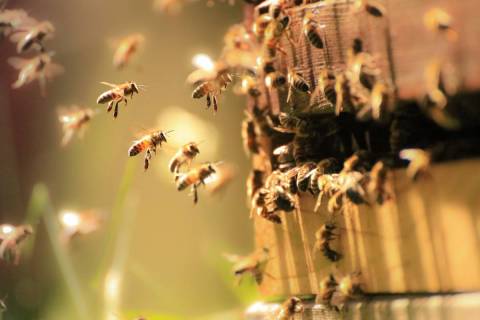 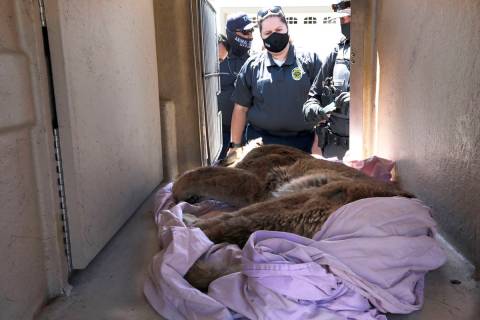 Las Vegas police were called to the far northwest Las Vegas Valley after a mountain lion was spotted Saturday morning. 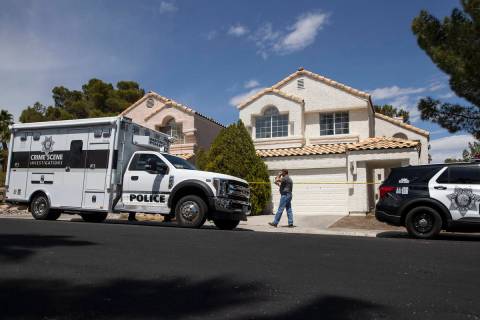 Las Vegas police are investigating the discovery of human remains at a home and said they have not determined whether foul play was involved in the death.