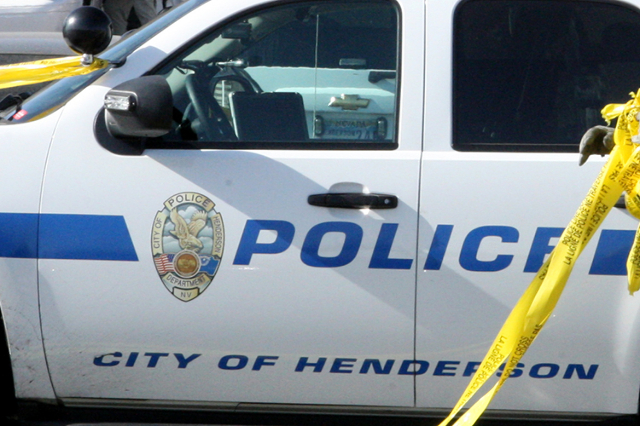 A Henderson police officer was hospitalized Wednesday morning after he was shot or struck by shrapnel during a fatal officer-involved shooting. June 11, 2014 (Michael Quine/Las Vegas Review-Journal)

Henderson and Boulder City police handed out nearly 400 tickets during a recent initiative to crack down on speeding and distracted driving, the departments announced Thursday.

The police forces stopped a combined 408 drivers during a Joined Forces program from July 23 to Aug 10, spokesman Michelle French said. Officers handed out 304 tickets for speeding, 36 for no insurance, 27 for registration violations, eight for cell phone use, six for seat belts and six for running red lights.

Henderson police received $107,500 in federal funding for the Joining Forces program in 2015, through the Nevada Department of Public Safety. The program, which features combined efforts from Nevada Highway Patrol and local police forces, supports overtime hours for officers for 15 different annual programs lasting anywhere from 10 days to three weeks.