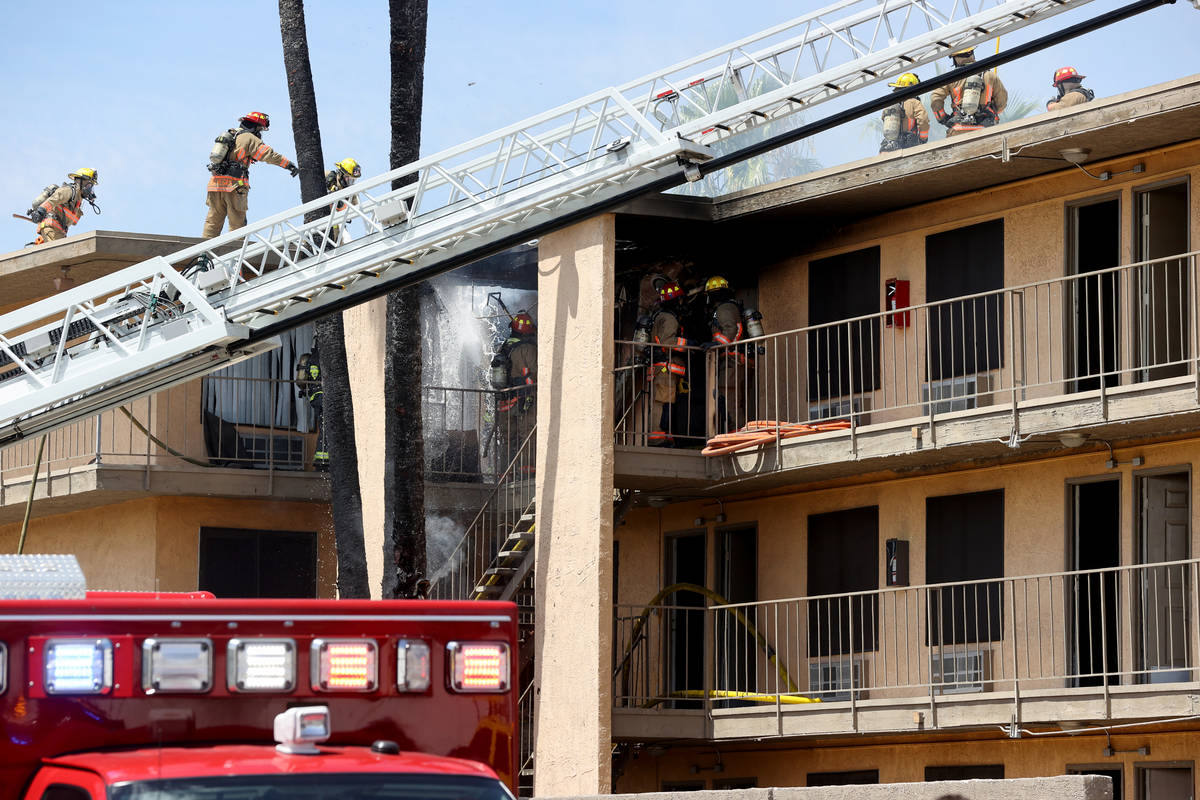 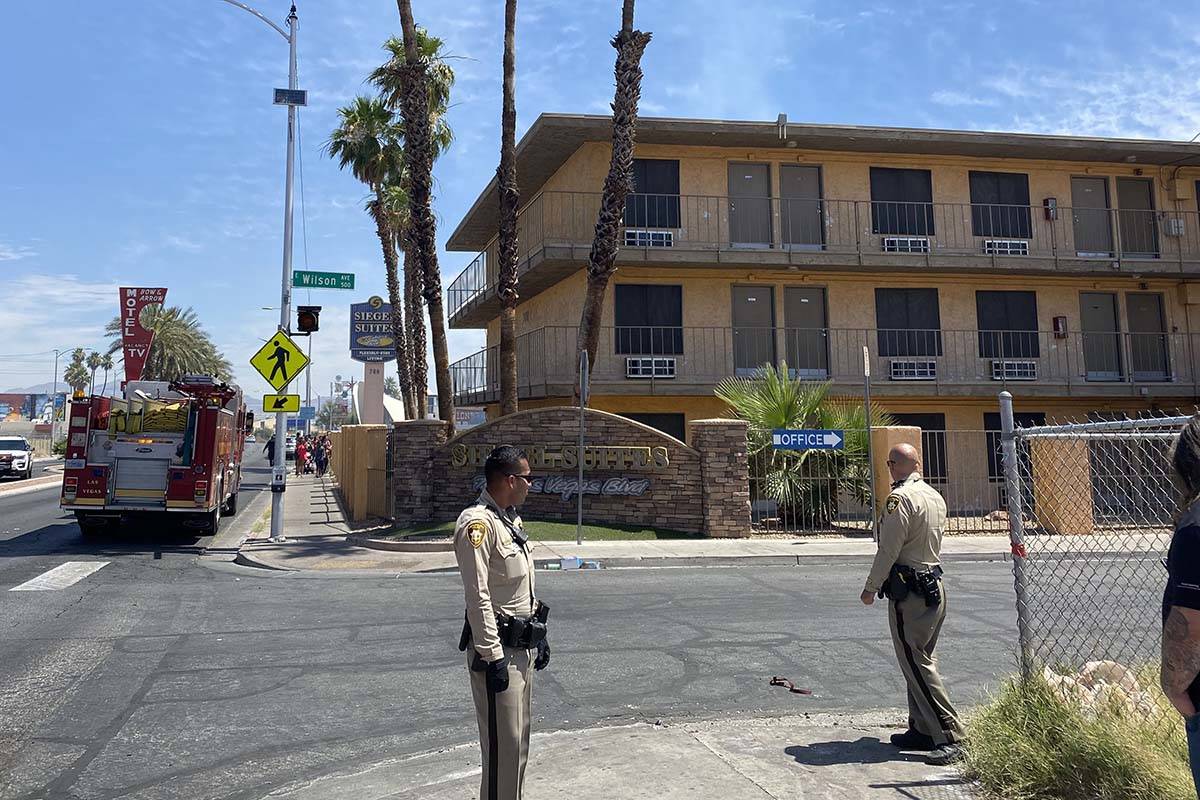 A fire at the Siegel Suites at 700 Las Vegas Blvd. North, near Bonanza Road forced the evacuation of dozens of residents on Friday, June 5, 2020. (Glenn Puit/Las Vegas Review-Journal)

The video, obtained by the Las Vegas Review-Journal through a records request, shows officers running up a stairwell to reach the 10:42 a.m. fire, then knocking on doors and alerting residents to evacuate as they wait for Las Vegas firefighters.

Smoke billows out of the apartment as officers begin knocking on doors. Another officer bangs on an apartment door adjacent to the fire, yelling, “Hey, get out!”

A child opens the door.

Moments later, three children run from the apartment and down a flight of stairs to safety. The video then shows police knocking on multiple doors and alerting residents to the fire, which caused the evacuation of dozens.

“Someone just wake me, bang on my door! ‘The place is on fire!’ ” 73-year-old Susana Miller told the Las Vegas Review-Journal on the morning of the fire. “Somebody helped me to get out.”

Las Vegas Fire Department spokesman Tim Szymanski said the fire was contained to one unit. Four officers were treated at University Medical Center for what was described as smoke inhalation and heat exhaustion.

Szymanski said only one fire truck was initially able to respond because firefighters were tied up at a separate residential fire on Leonard Avenue in central Las Vegas. That unrelated blaze injured three.

Some residents of the apartment complex told the newspaper they had heard what sounded like a domestic dispute unfolding at the apartment where the fire started prior to the discovery of the blaze.

Szymanski said on Tuesday that an investigation by the Fire Department did not result in any arrests, and authorities believe the fire started on a stove in the apartment.