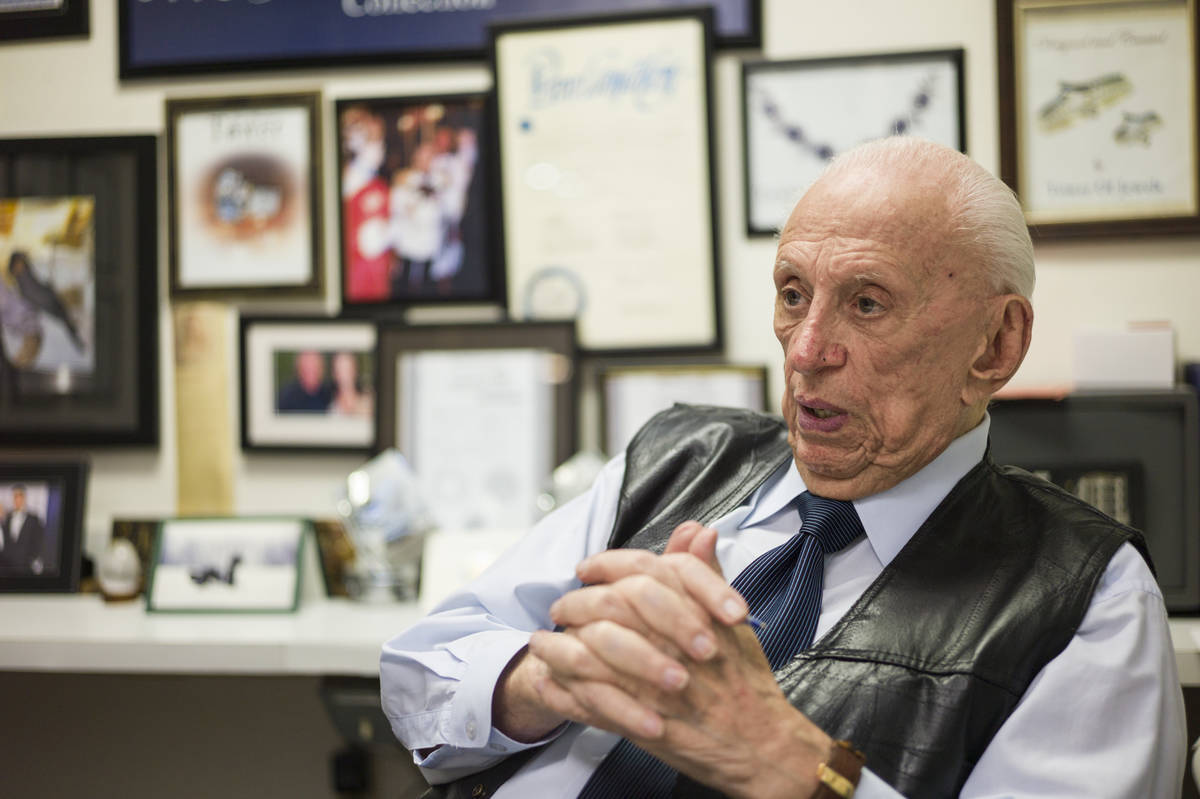 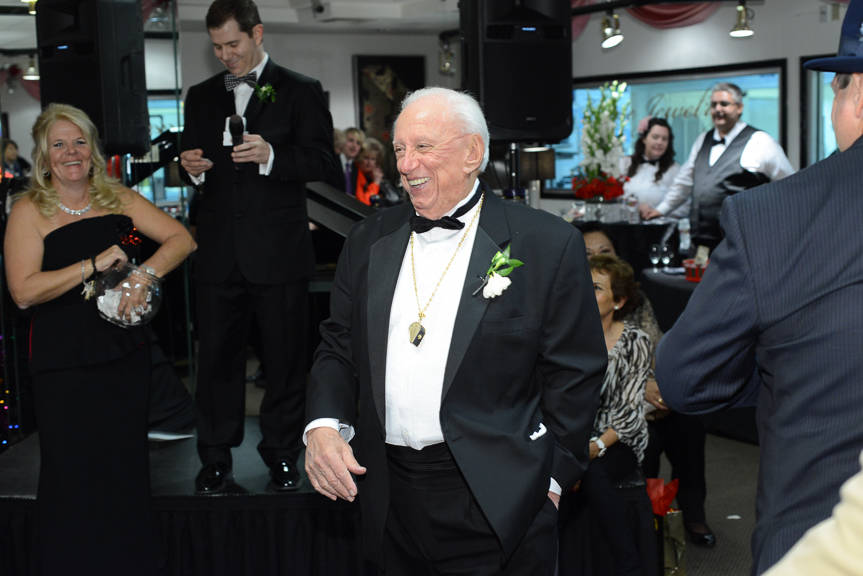 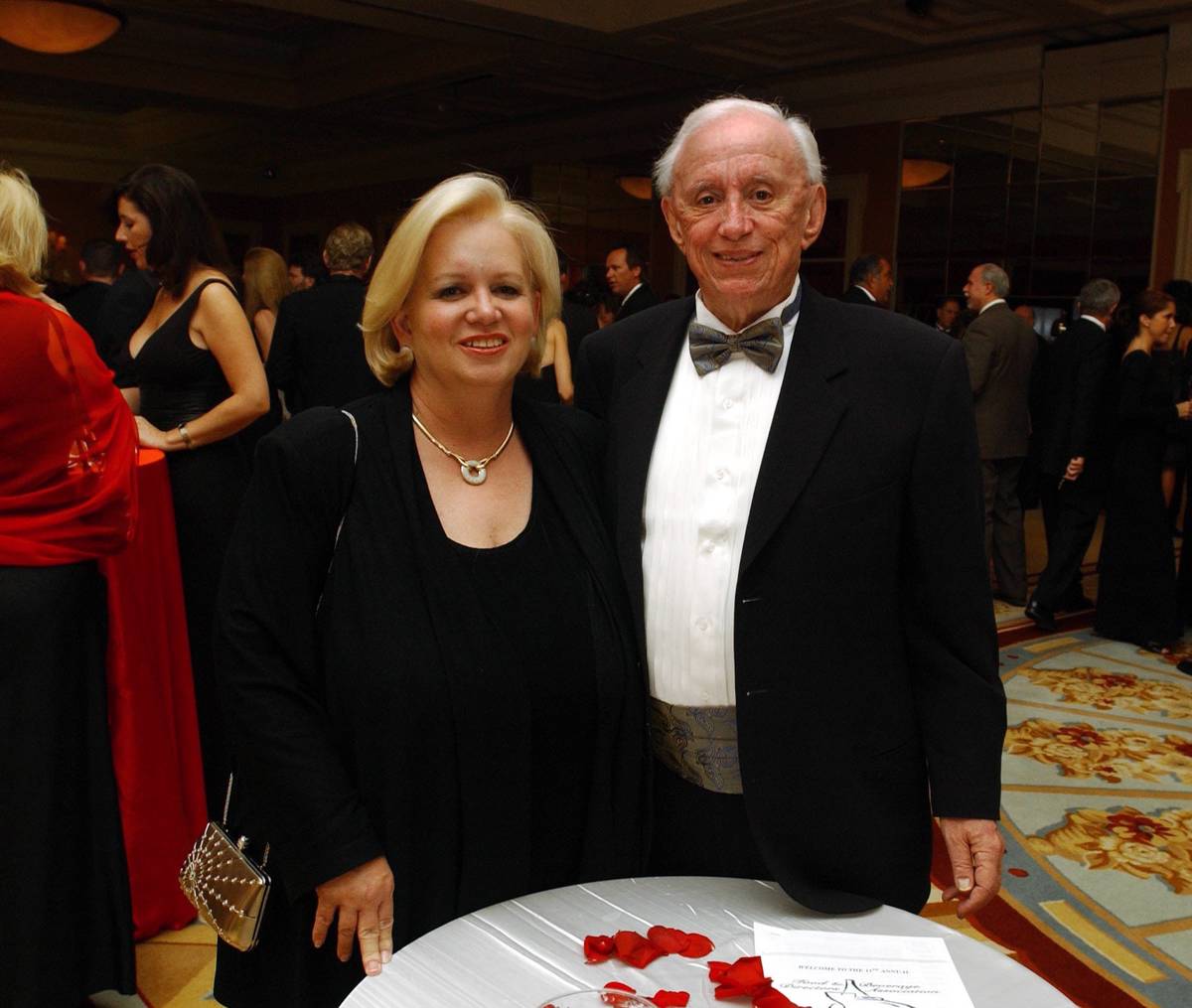 Nancy and Jack Weinstein at Caesars Palace on Saturday, May 31, 2002. (Denise Truscello) 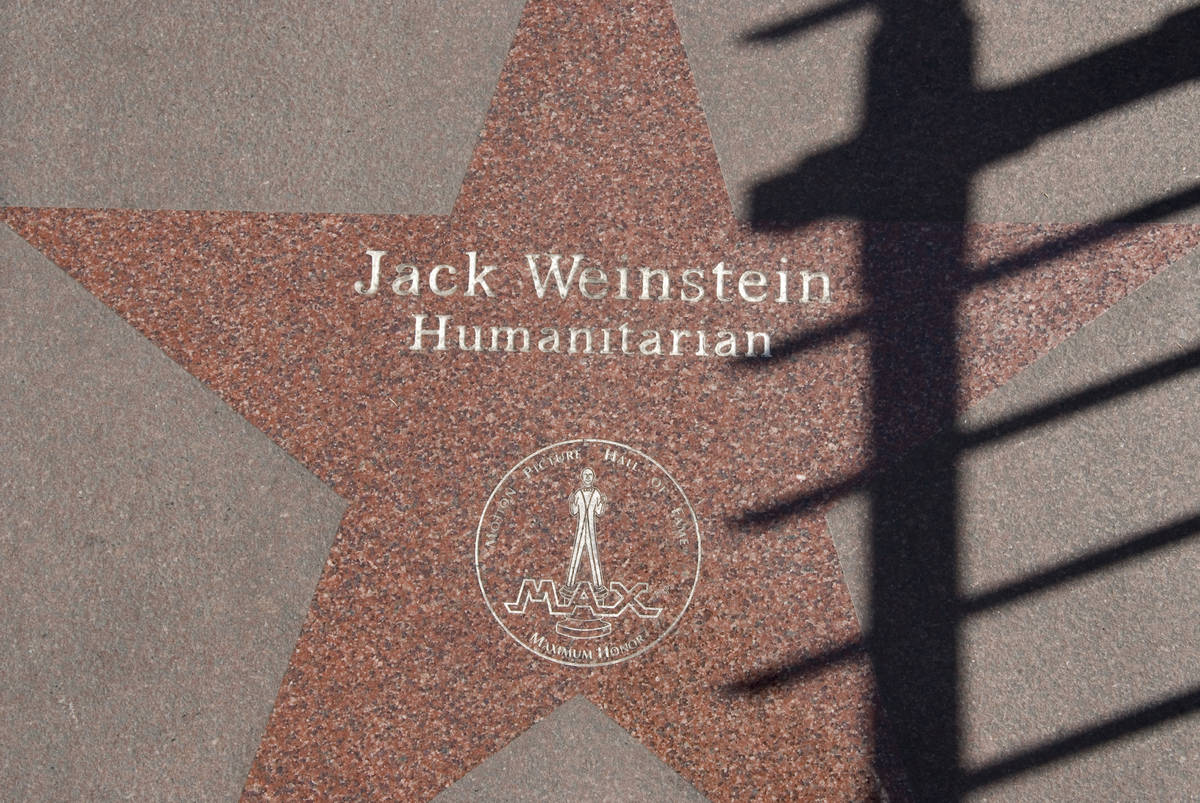 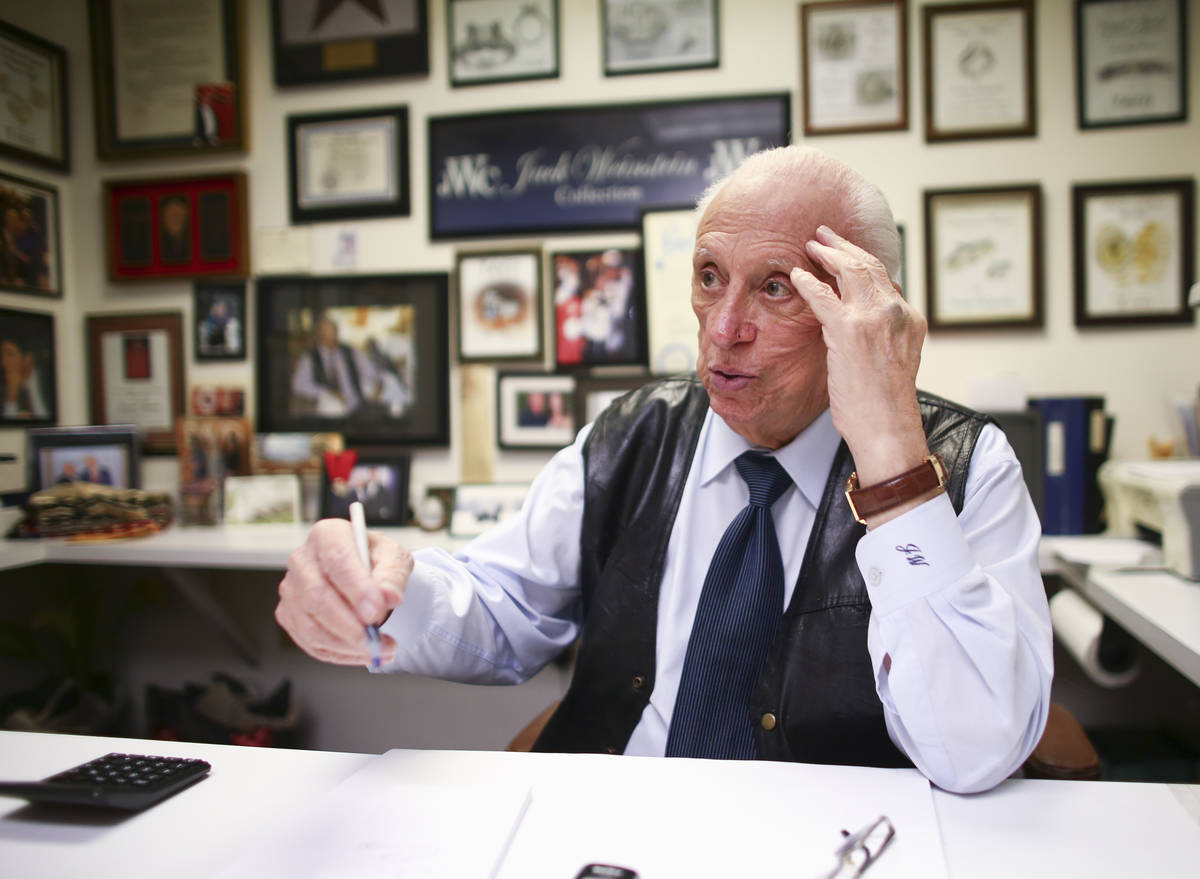 Jeweler Jack Weinstein, who opened Tower of Jewels in 1964, is interviewed ahead of his slated retirement at the store in Las Vegas Oct. 13, 2016. Chase Stevens/View Follow @csstevensphoto 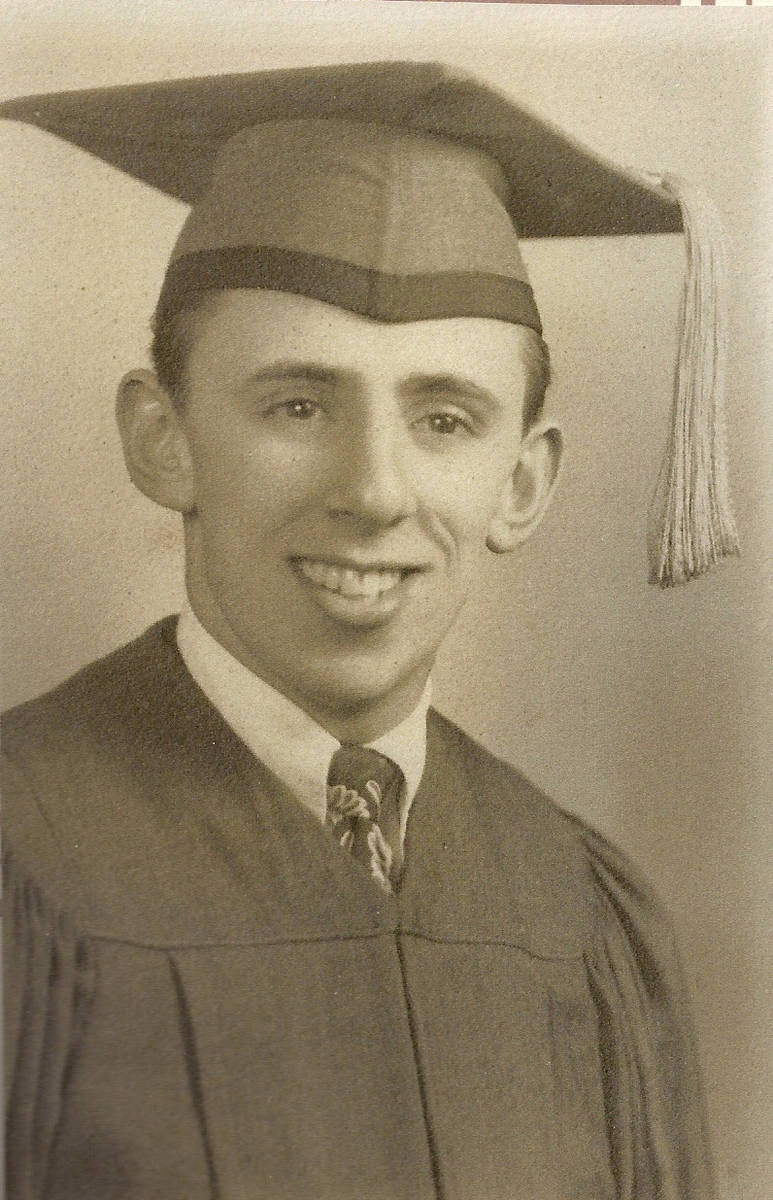 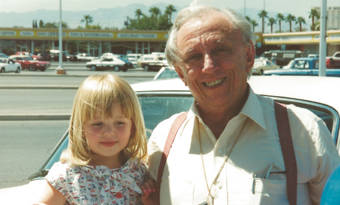 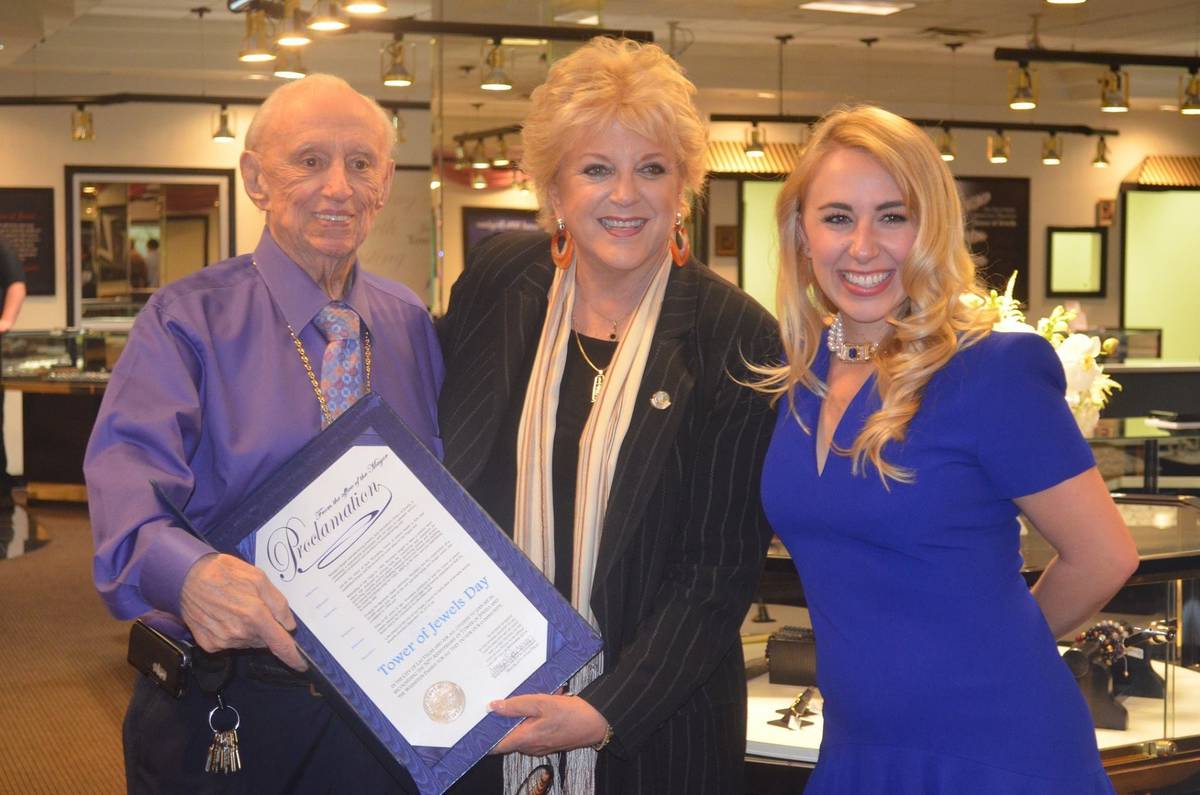 Jack Weinstein, a Las Vegas fixture and a longtime jeweler who built a regional empire, with 12 stores including several Texas locations during its heyday in the 1990s, died Wednesday. He was 93.

Weinstein, who founded Tower of Jewels in 1964 and opened the first store at 320 Fremont St., died peacefully of natural causes, said his daughter Polly Weinstein.

Born Feb. 17. 1927, in Detroit, Michigan, Jack Weinstein grew up with an entrepreneurial spirit. His family owned a candy store, and lived above it, in a tough neighborhood, she said. He inherited his parents’ work ethics, often working from 5 a.m. to 6 p.m. six days a week – a discipline that continued until he retired from his company in 2016.

‘This is the place’

Jack Weinstein didn’t like working for them because they didn’t listen to his ideas, according to his daughter, so by 1963, he left for the West Coast, selling brand watches to retail stores from his truck.

“He originally set out for Los Angeles and on his way there, he said of Las Vegas, ‘This is the place,’” Polly Weinstein said. “I don’t think it was part of his original plan to stop here, but he just sort of fell for the town, fell in love with it, and found himself here. He saw a lot of opportunities in Las Vegas, like so many people who move here, to be a pioneer and to really make an impact.”

Jack Weinstein was a pioneer in the industry during the 1960s when most Americans purchased their jewelry from brands; he manufactured and sold his own designs. Most jewelers at the time did not make and sell their own jewelry, but the practice is common today.

It took hard work and a commitment to cost savings for customers.

Weinstein would often buy his jewelry materials, rough diamonds and raw gold, from wholesalers. And with the expertise of his diamond cutters, polishers and setters, the materials would be molded and polished into fine jewelry, often saving customers money along the way.

That often meant traveling abroad. In a 1987 Review-Journal article, Weinstein said he would fly to Israel five times a year and to Belgium to pick uncut diamonds.

“The savings,” he said at the time, “is at least half for the customer.”

Traveling for jewelry purchases, Polly Weinstein recalled, was a normal part of her father’s life that continued until he was in his late 60s. Weinstein did it all: from purchasing to advertising to building out his own showcases.

“It’s the only way you get it done your way,” he said in the article. “Otherwise you compromise.”

He is survived by his wife, Nancy; six children, Leonard, Daniel, Mary, Sean, Joseph and Pauline (Polly); and three grandchildren Hillary, Charles and Zachary, with another one on the way.

At its height during the 1990s, the company expanded its footprint to 12 locations, with three stores in Fort Worth, Texas, according to family friend and Tower of Jewels chief financial officer Tammy Olmstead.

Olmstead, who started with the company in 1985 in a data entry position while in college, rose through the ranks as a general manager for one store and later became CFO.

“Jack was such a big part of our family. We went to all of the kid functions together as our kids grew up as children,” Olmstead said. “He was such a leader with a strong personality and has taught me a lot: I’ve learned from Jack how to deal with people, get things done and how to coach people. He’s really going to be missed by a lot of people, the family, friends and customers that he touched.”

Hawkins, who was also the first African American elected to the Las Vegas City Council in 1991, said in a statement, “I loved it when Jack and I would sit around and talk about old Vegas. He loved Benny Binion. We loved to talk politics.”

“Jack was so proud of his family. He was a great friend, caring father, superman husband, counselor and mentor to many,” added Hawkins. “Jack and I have been friends for more than 28 years. He will always be a part of my life.”

Larry Ruvo, a philanthropist and senior managing director at Southern Glazer’s Wine and Spirits of Nevada, said he’s known Weinstein for nearly 45 years and considered him a close friend.

The Weinstein family said Friday that a memorial fund is being established at the Cleveland Clinic Lou Ruvo Center for Brain Health, a center named after Ruvo’s father with a mission to provide diagnosis and ongoing treatment for patients with cognitive disorders.

Ruvo said he’ll miss Weinstein, noting particularly his devotion to family and community along with his work ethic.

“It’s a sad day for Las Vegas,” said Ruvo. “I must truly say there’s a void in my life with this man gone. I don’t even know how many charities were touched by his philanthropic support, starting with me, and so many others.”