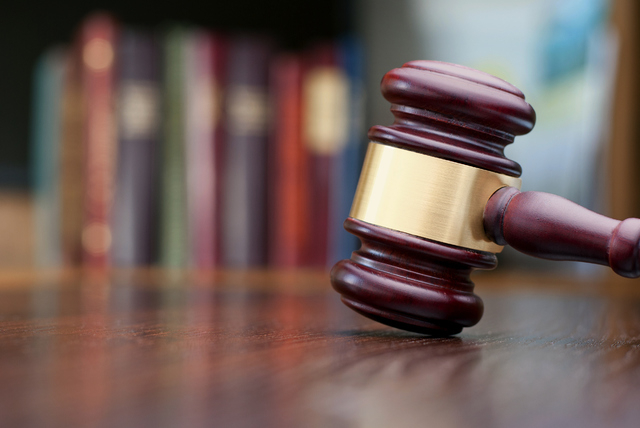 A Las Vegas mechanic was awarded nearly $6.6 million Friday in a lawsuit accusing a local doctor of striking his car shortly after both men left the auto shop where he worked.

Jurors awarded Ethan Volungis, a 30-year-old Pep Boys service manager, about $1.5 million for past and future medical expenses and about $5.1 million for pain, suffering, disability and loss of enjoyment of life, according to court records.

Volungis’ attorney, Dennis Prince, told the jury in April that neonatal pediatrician Farooq Abdulla left the Pep Boys at 7399 W. Lake Mead Blvd., near Tenaya Way, one evening in July 2013 and made an unsafe lane change seconds from the store’s parking lot, crashing into the mechanic’s white 1996 Cadillac. Volungis had clocked out about the same time Abdulla left the shop and was driving to his home about 2 miles away when the crash happened.

Abdulla, who Prince said works as at University Medical Center, told the jury he had been shopping around for used tires for his daughter the day of the crash. He said he never saw Volungis’ car when he was trying to change lanes, court transcripts show.

According to the lawsuit, Volungis suffered injuries to his head, neck, back, bodily limbs and organs “all or some of which conditions may be permanent and disabling in nature.”

Volungis’ attorney showed the jury an X-ray of the hardware in his client’s lower spine after a two-level spinal fusion surgery in August 2014.

Prince said he made two main points during his closing arguments to the jury: Abdulla had been trying to make an illegal U-turn at the time of the crash, and Volungis likely will suffer more back pain and require more surgery as a result of injuries he suffered in the crash. The attorney had asked for $7.4 million for his client.