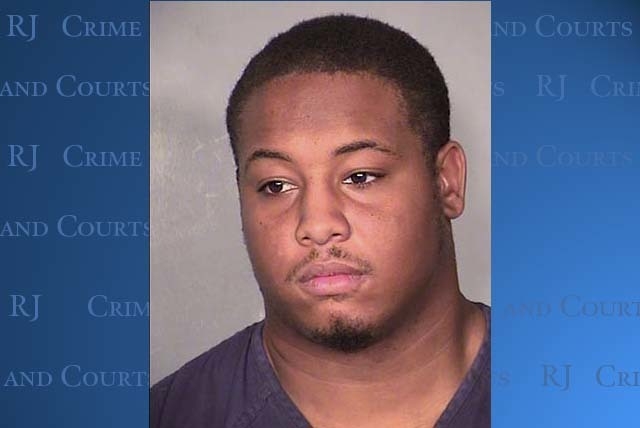 The suspect in a fatal Las Vegas hookah lounge shooting has been arrested, according to police.

The shooting happened May 11 at CEO Hookah Lounge at 5900 W. Flamingo Road. Police found four people shot in the parking lot. One was Jean Claudel Mombo, who died.

Police say Christopher Nganga got into an argument with a group of people, including Emerson, outside the lounge. The argument appeared to have ended with everyone walking to their cars until Emerson pulled out a handgun from his waistband and shot four to five times at Nganga and his group, the report said. Emerson then left in a vehicle with a female driver, police said.

Homicide detectives learned that a photographer was at the hookah lounge that night and were able to match Emerson to someone in one of the photos he took.

After the pictures were televised on the news, witness Brisha Phillips went to the police to give her statement, naming herself and others as part of the group Emerson was in. Phillips confirmed that an argument broke out between the two groups and that Christal Sams punched someone in Nganga’s party. Emerson then fired rounds, Phillips said. Sams is also Emerson’s cousin and identified as the driver of the car Emerson fled in, the report said.

Emerson is scheduled to appear in court Thursday.