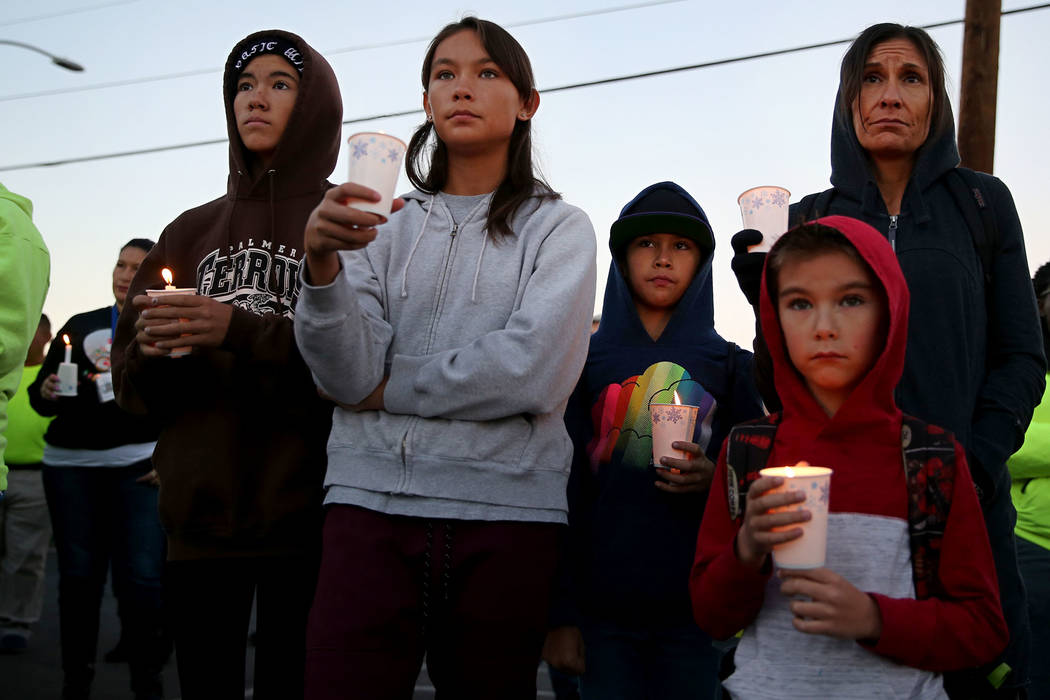 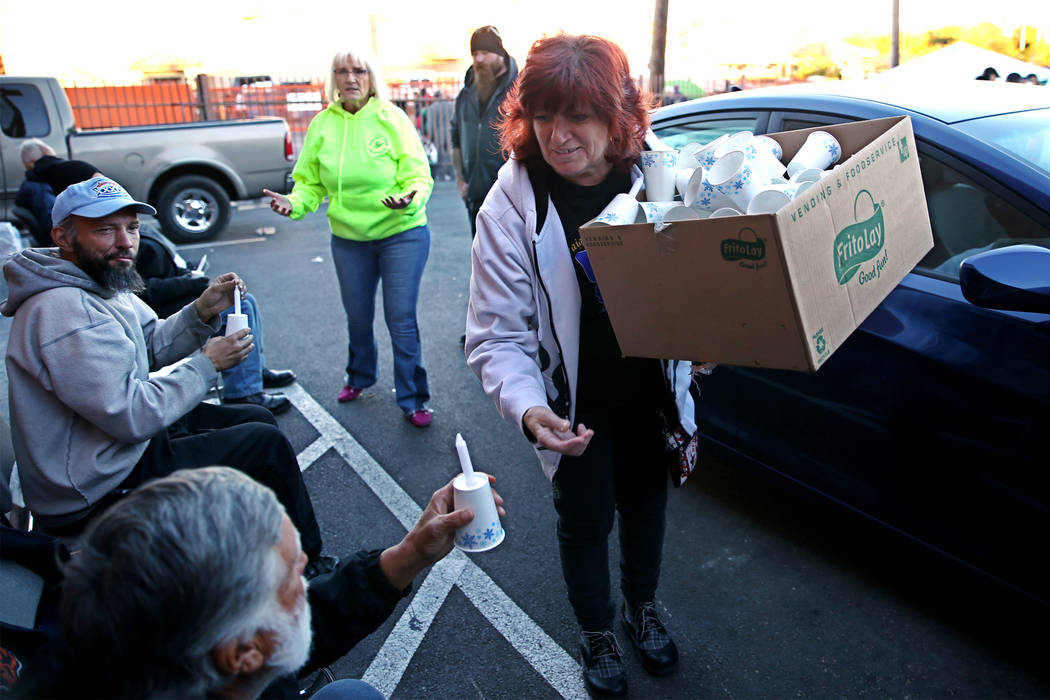 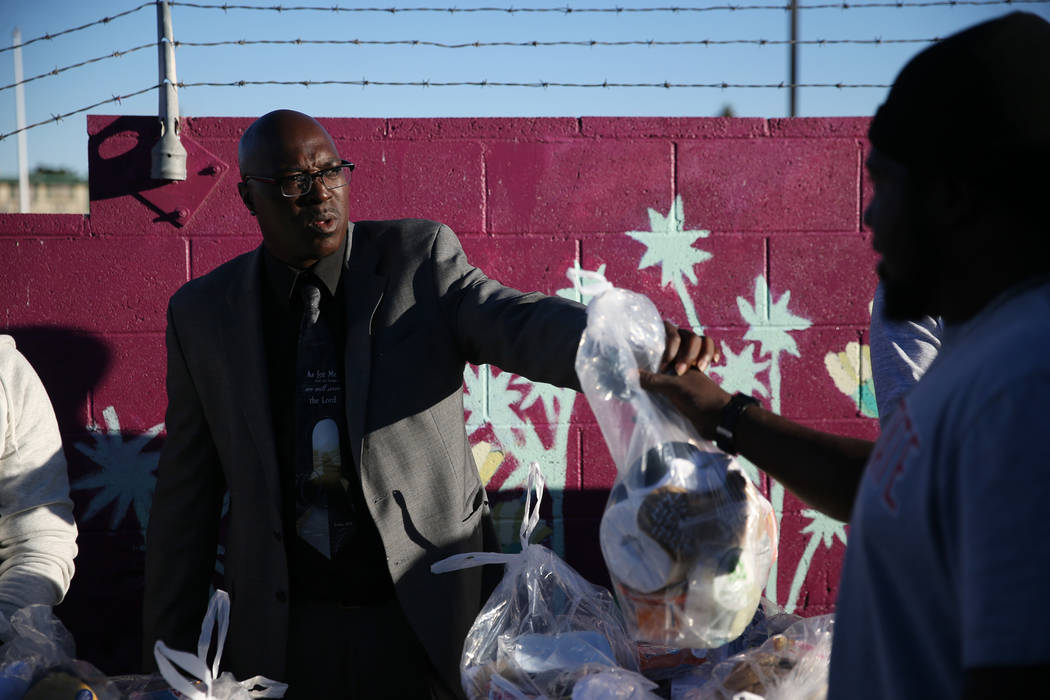 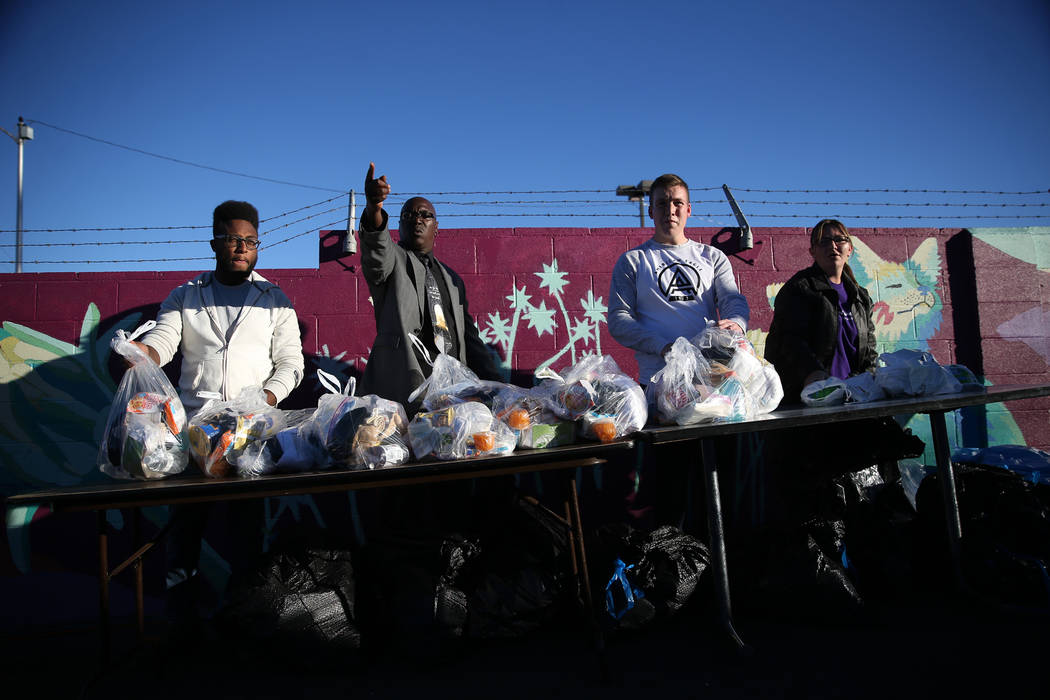 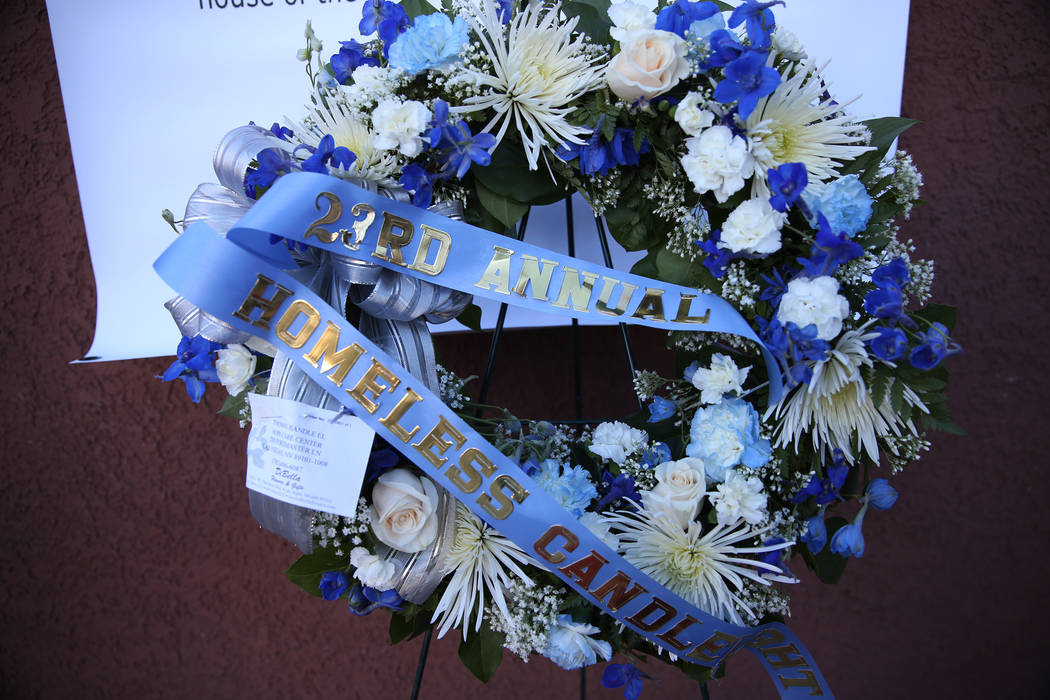 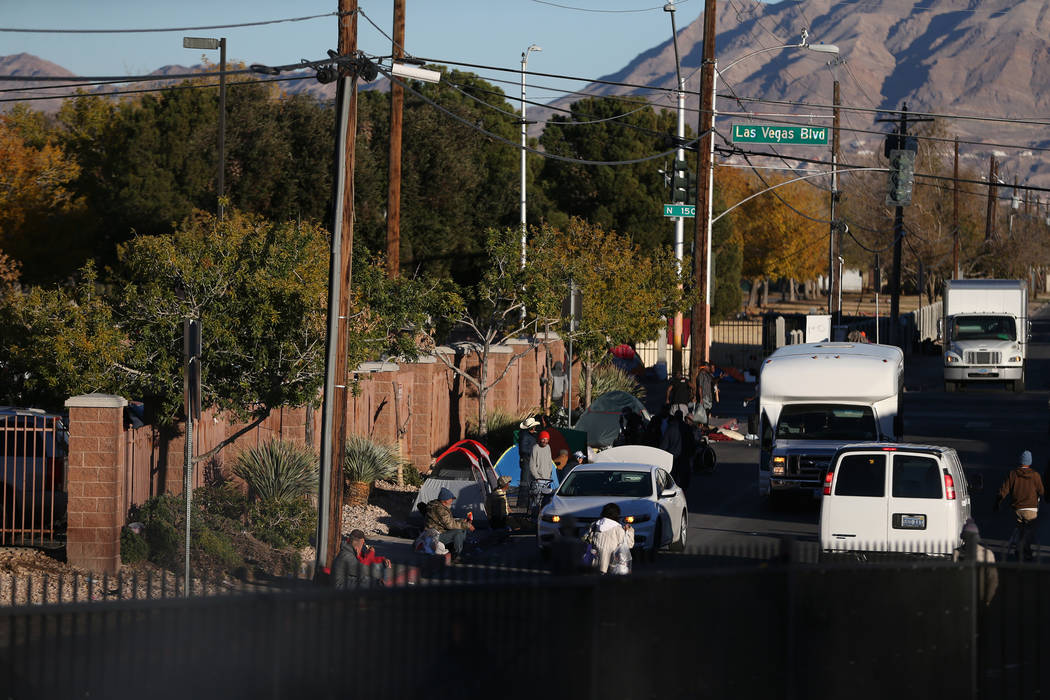 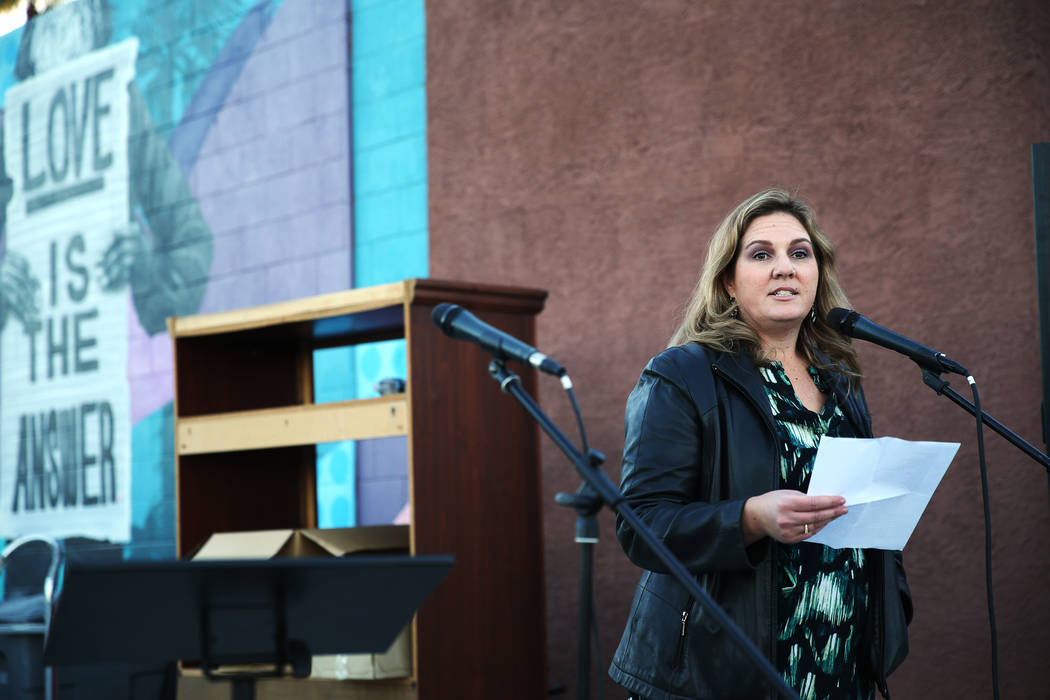 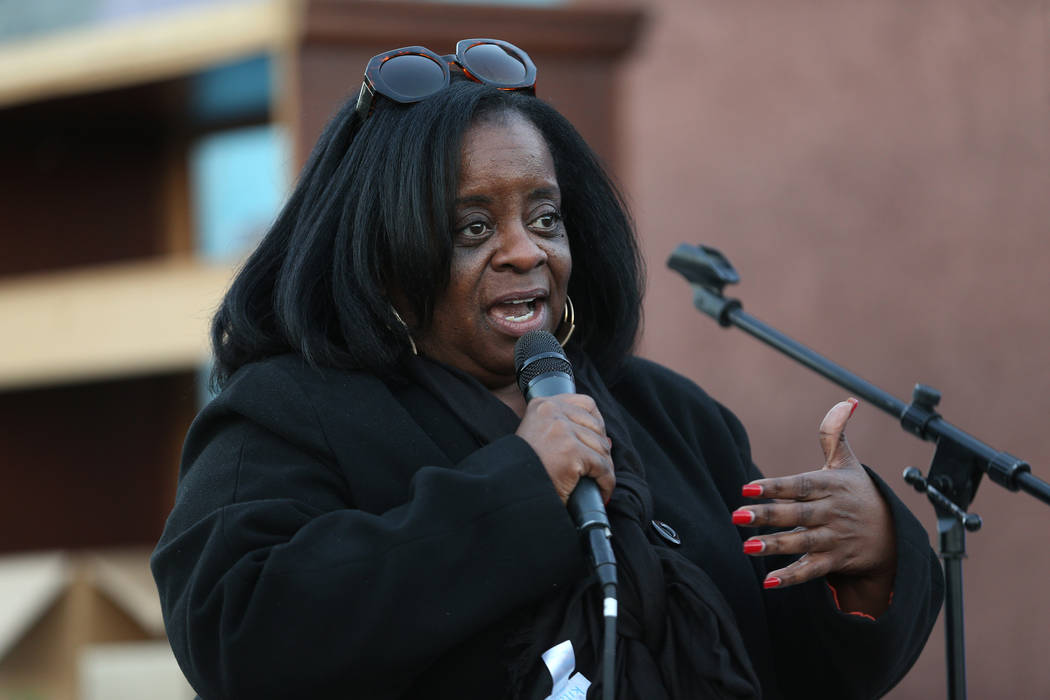 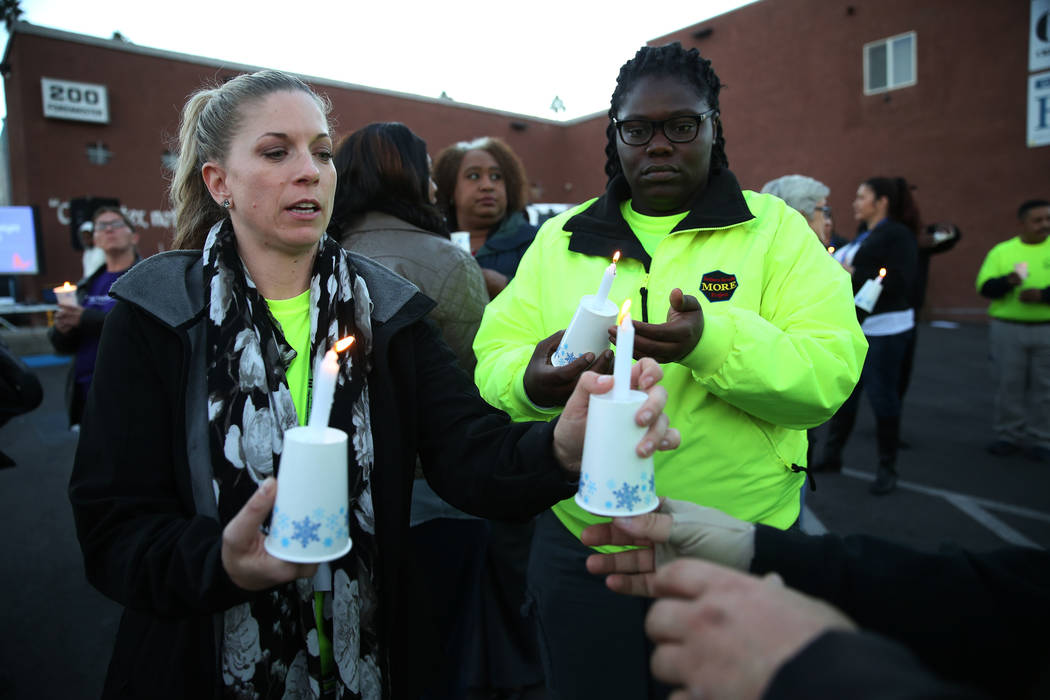 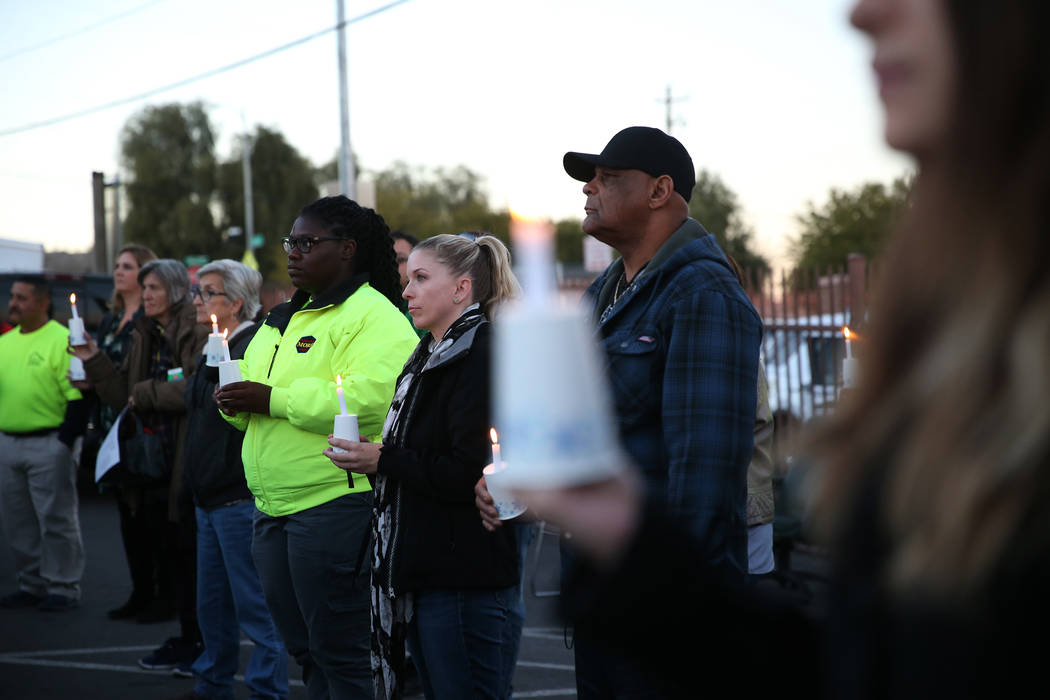 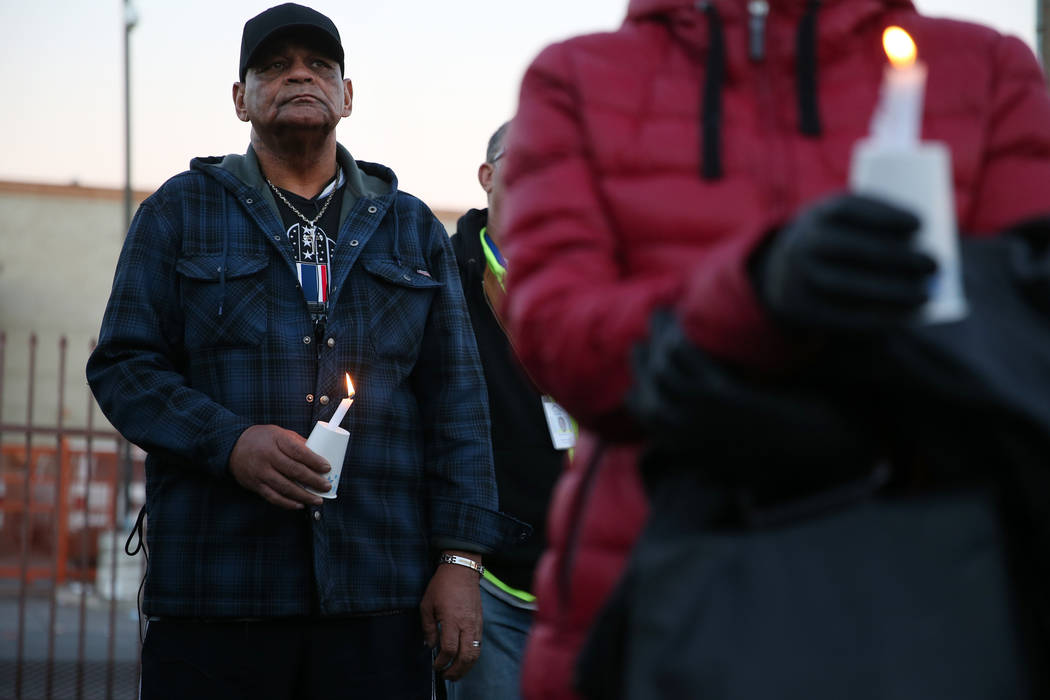 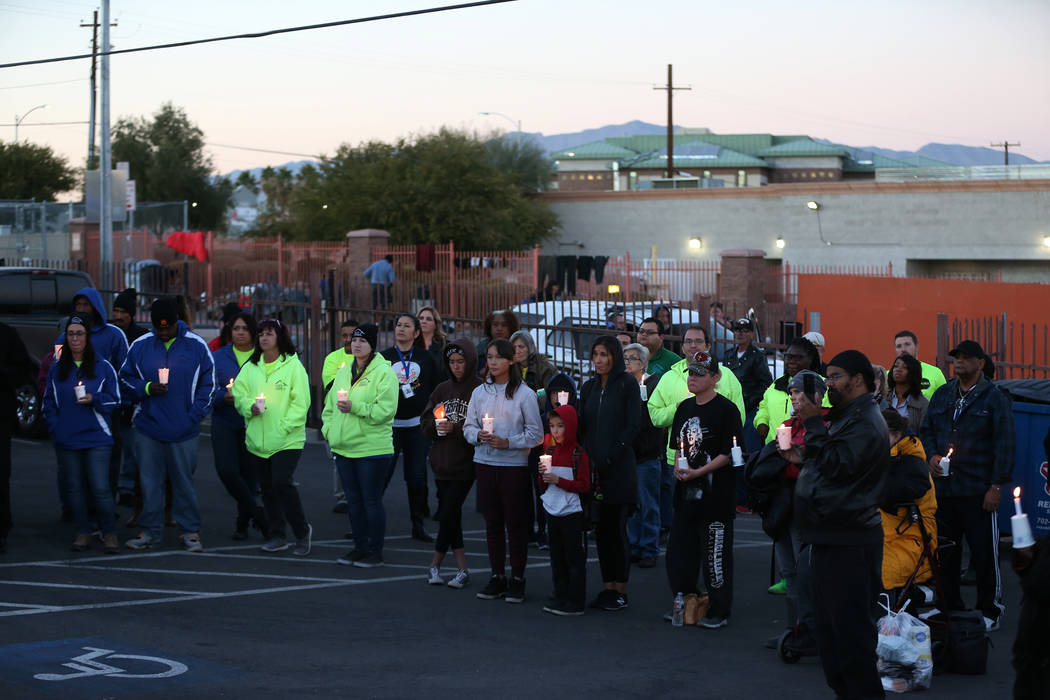 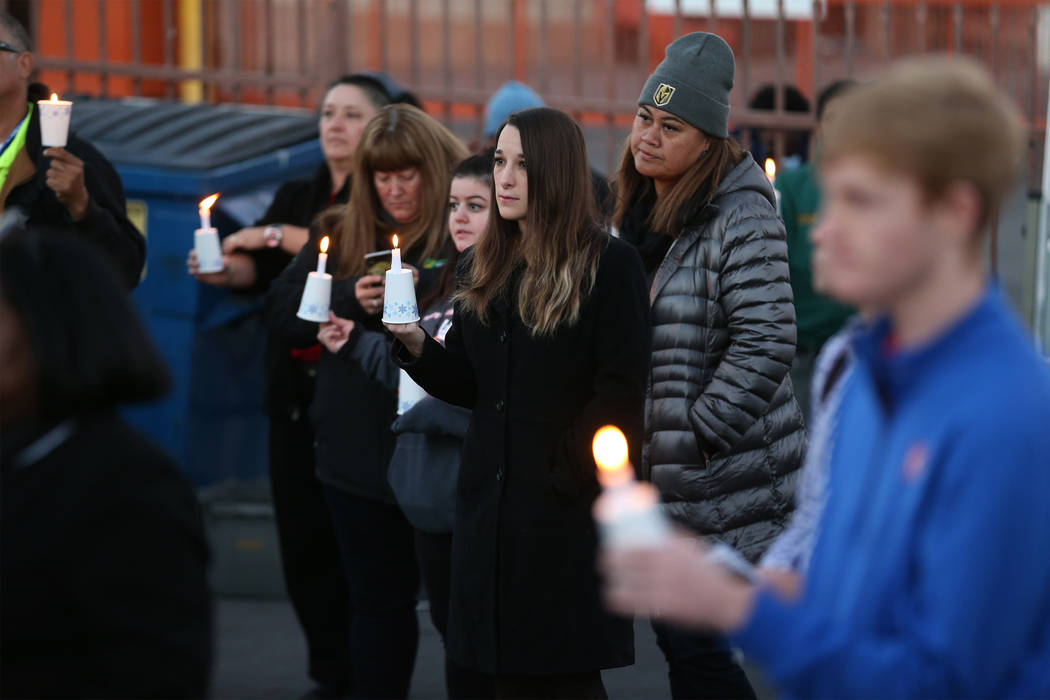 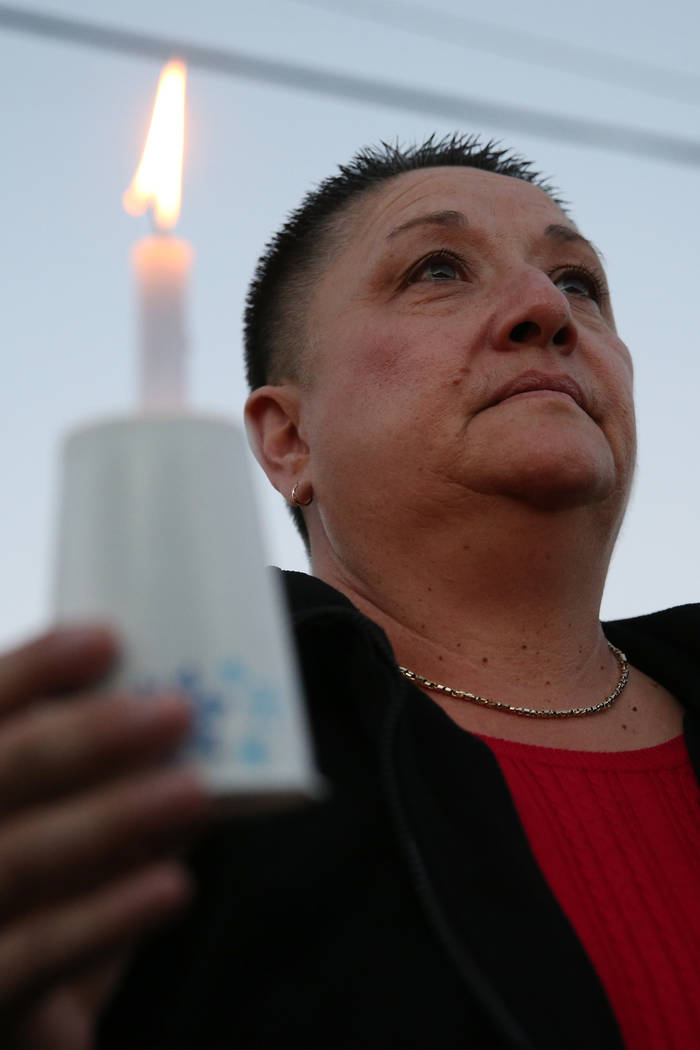 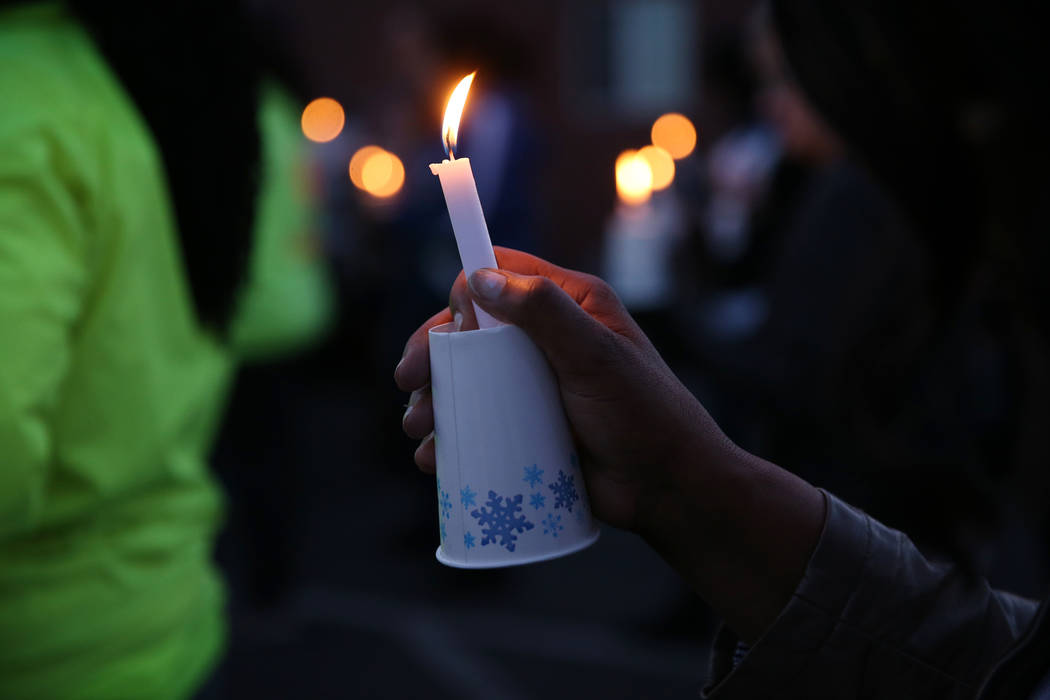 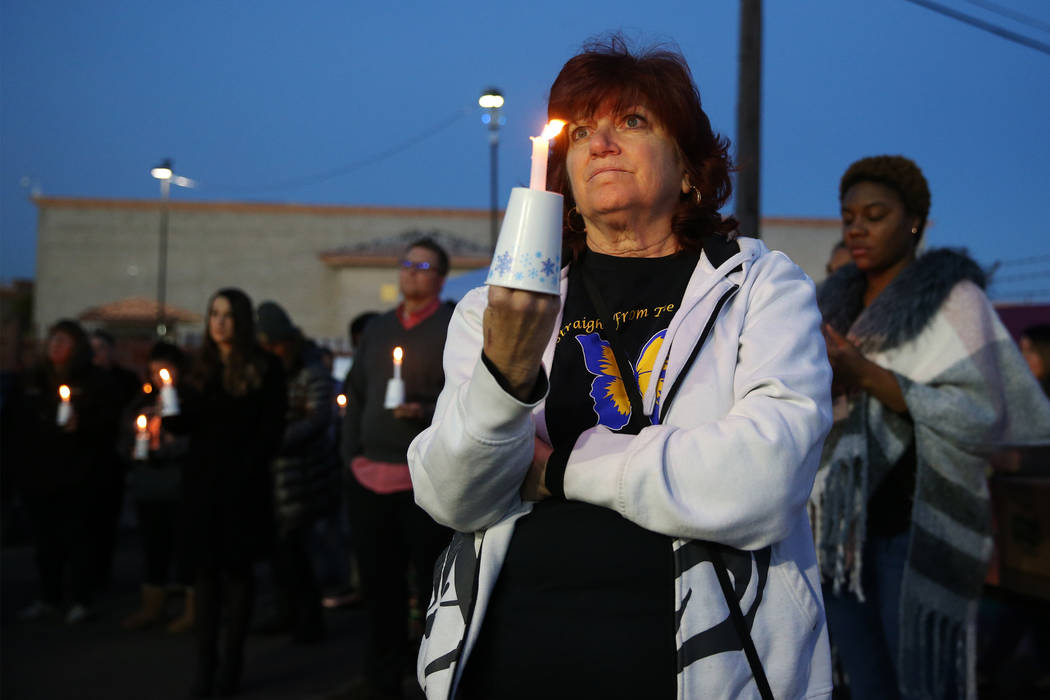 Jeffrey Schleker took his last breath in front of a restaurant, methamphetamine running through his veins.

Tommie Scheeler’s heart gave out at a 7-Eleven.

Brian Clegg was stabbed to death.

They were among the 179 accounted for by the Clark County coroner’s office and remembered Thursday during a candlelight vigil to memorialize the homeless people who died from November 2017 through November of this year. The previous year’s death toll was 156. The annual homeless census counted 6,083 living in the county’s shelters and on the streets this year.

Thomas “Chicago” Randle El, director of the Straight from the Streets homeless outreach program, has organized the public vigil each December since 1996.

His wife, Linda, founded the program, and Randle El continued working with the organization after her death four years ago.

Randle El said it’s important for the community to know that many homeless die on the streets from a lack of proper health care.

“If they’re not in a place where they can heal, they can get infected more, and they’ll end up here,” the 58-year-old said, pointing to his list. “We’ve got a chokehold on this homeless issue, but we’ve got to stick together.”

The list of homeless deaths reveals a bit of life on the street: drugs, alcohol, injuries, heart disease and exposure to the elements. Of those who died, the two oldest were 80. The youngest was 25.

Most died accidentally. Some died from the sizzling summer heat, while others succumbed to the freezing cold. A handful took their own lives.

“People so often dehumanize and stereotype the homeless,” said Brittany Corder, services director for the CARE Complex, on Foremaster Lane near Owens Avenue, which hosted the event. “These are real people, real tragedies.”

Kathi Thomas-Gibson, director of community services for the city of Las Vegas, spoke at the vigil. She instructed the residents to be kind and to hold elected officials and one another accountable for making the changes necessary to improve the homeless community.

“This vigil isn’t just tonight; this vigil is until we end homelessness.”

“It can be done!” Randle El shouted in approval.

As the sun went down, a few dozen residents held lit candles over their heads. It took five minutes to read the names of the fallen aloud.

As a woman sang “Silent Night,” James Corbin Sr. sat next to a bag of hygiene products and ramen noodles that were handed out earlier. The 47-year-old said he would give some of the items to his son, who is still on the streets and in camps downtown.

Corbin said he spent more than three years on the street, and he knew many of the names read Thursday evening.

“I was out there, and I’m lucky that I came out,” he said, his hands in the pockets of his leather jacket. “I’m grateful.”