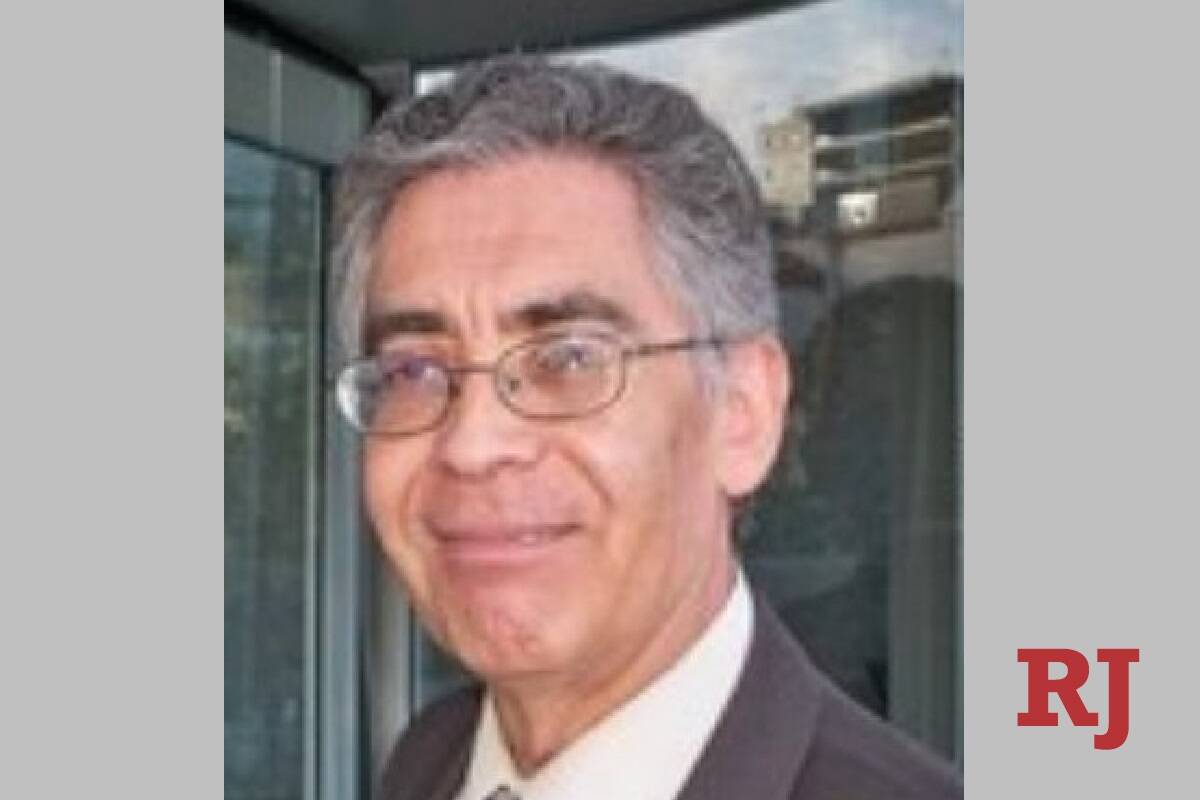 German Santanilla, who worked for decades as a court interpreter in Las Vegas, has died at the age of 70.

“Throughout his career he remained one of the best,” Jeff Hanks, the court interpreter supervisor for Clark County, said Tuesday.

Santanilla spent his career in various courtrooms throughout the Las Vegas Valley, making sure that people understood what was happening in complex legal procedures. He would stand next to defendants, repeating what anyone said in Spanish and then relaying the defendants’ words to the judge.

When difficult trials came around, Santanilla was there to interpret, Hanks said.

Santanilla’s partner, Tracy Miller, said he died on Saturday following a period of declining health after he contracted COVID-19 nearly a year ago. Miller said she believes he may have been infected with COVID-19 again, but he didn’t receive a positive test before his death.

He died two days before his 71st birthday, she said.

“We really thought he was going to get better,” Miller wrote in a Facebook post on Saturday. “They were going to send him home today, then decided to wait until Monday. … I will miss his humor.”

According to Santanilla’s Facebook page, he was from Bogota, Colombia, but attended Las Vegas High School and UNLV.

Hanks said he had known Santanilla since first starting to work as an interpreter for Clark County. Santanilla was the person who administered the exam to Hanks in 2000 when he took the test to become an interpreter. At that point, Santanilla already had been in the field for about 20 years.

He was one of the original interpreters when Clark County started the program in the 1980s. Hanks said Santanilla was “almost a pioneer in the profession at that time.”

Hanks remembered Santanilla as a fun “character” around the courthouse. When Hanks first started as an interpreter, Santanilla would ride his bicycle to work, even in the summer months.

“He was just a great person to be around,” Hanks said.

Outside of work, Santanilla loved writing poetry, composing music and playing the guitar, Miller said Tuesday. The couple spent 30 years together after meeting at an art gallery opening in the early 1990s, she said.

When Santanilla was with his friends, he was “extremely outgoing” and talkative, Miller said. In the days since his death, her partner’s Facebook page has been flooded with stories from former co-workers.

Miller said she believes his favorite part of his job was talking and joking with all the lawyers he met.

“Everyone respected him, and he enjoyed his interactions with the people in the court,” she said.