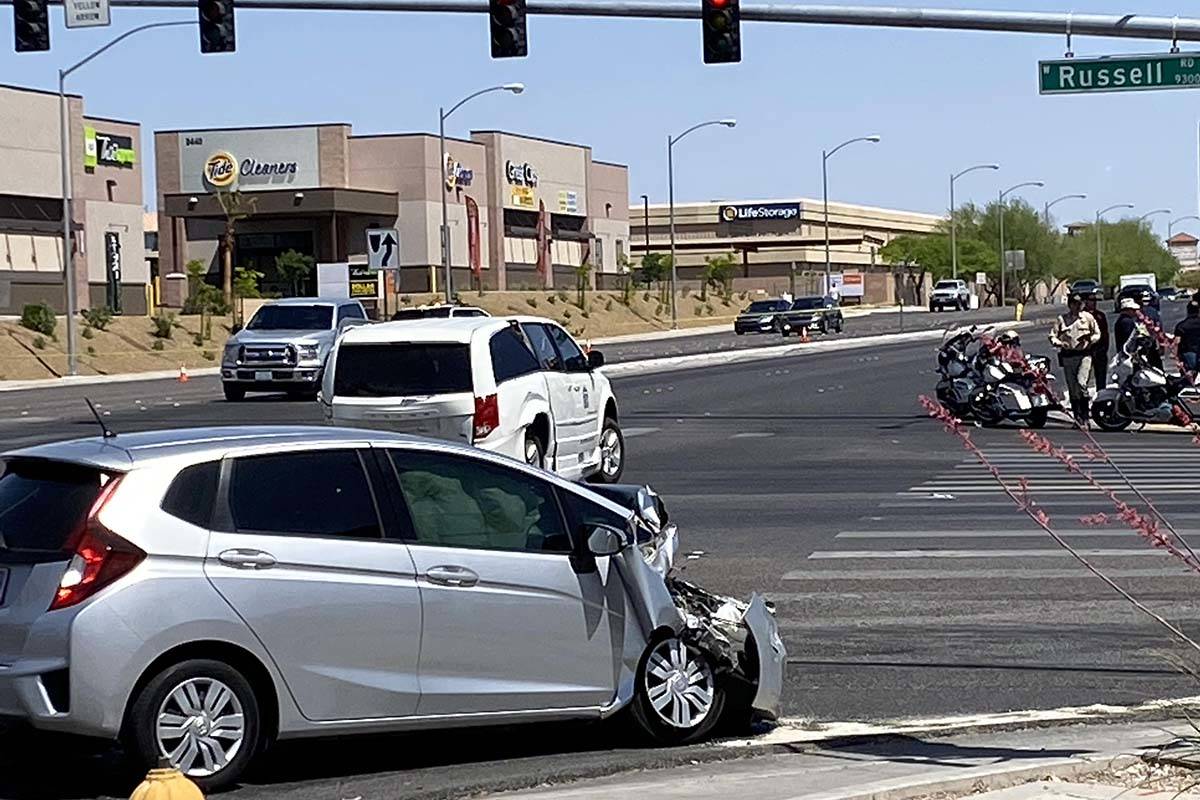 One person was died after a crash at Russell and Fort Apache roads on Thursday, May 7, 2020. (Glenn Puit/Las Vegas Review-Journal) 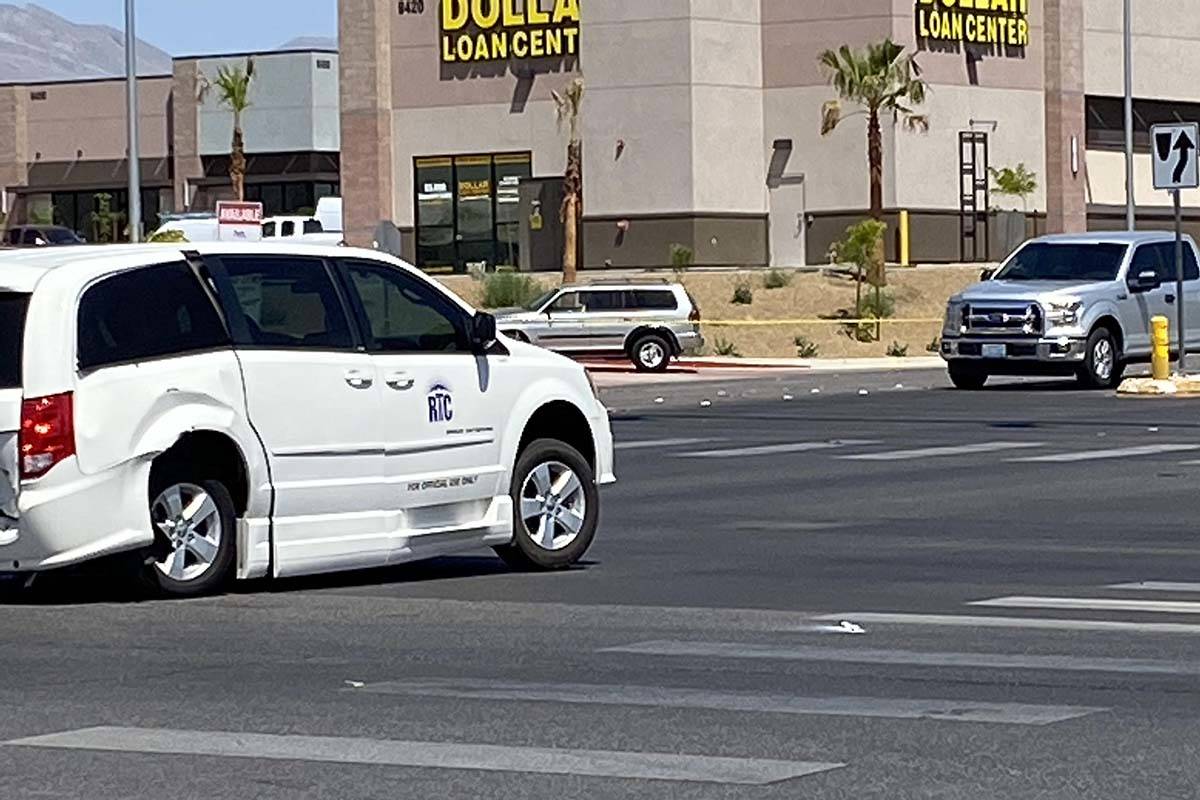 One person was died after a crash at Russell and Fort Apache roads on Thursday, May 7, 2020. (Glenn Puit/Las Vegas Review-Journal)

A 24-year-old man was killed in a two-vehicle crash in the southwest valley Thursday morning, according to Las Vegas police.

A 2015 Honda Fit was northbound on Fort Apache and approaching Russell when it “failed to decrease speed” and rear-ended a 2013 Dodge Grand Caravan at the intersection. A Regional Transportation Commission emblem could be seen on the van, which had rear-end damage, and the Honda had severe front-end damage with its air bags deployed.

The man driving the Honda was taken to University Medical Center, where he died. The 39-year-old woman driving the van had minor injuries and did not appear impaired, police said.

It was the 35th traffic-related death in the Metropolitan Police Department’s jurisdiction this year, police said.