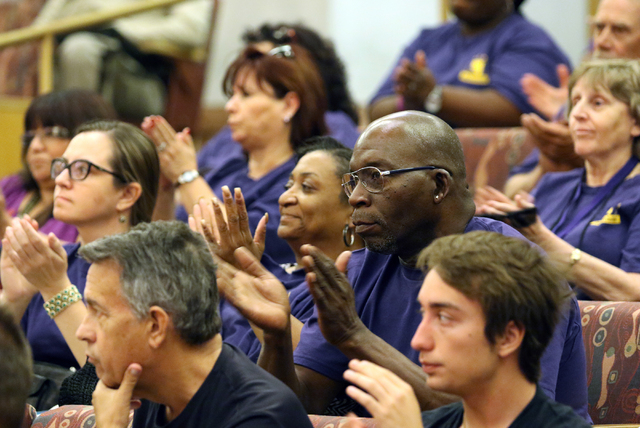 Service Employees International Union is a “criminal syndicate,” according to a local member suing the association in federal court.

Raymond Garcia made the allegation this month as part of claims he hopes to add to an ongoing lawsuit against the parent union. Garcia is seeking more than $10 million in damages in a case filed with the U.S. District Court in Las Vegas.

The Dignity Health-St. Rose Dominican hospitals employee and union steward first sued SEIU International in May attempting to reverse a takeover of the union’s Nevada chapter the previous month. Garcia now alleges that SEIU International executives and staff are using Local 1107 in Nevada as part of a money laundering scheme that has lasted more than a decade.

“This is a pleadings stunt to protract these proceedings and disadvantage Defendants that should not be condoned,” Rothner wrote.

In his filing, Garcia claims SEIU International has been laundering money through Local 1107 since at least 2005.

Mcavoyamaya said he formed the theory after reviewing the union’s public financial statements, and Garcia has requested increasing the number of defendants in the case from five to 23.

“We named them because they are liable for the conduct that went on,” Mcavoyamaya said. “I think the people responsible are the ones who should be punished.”

The court has not scheduled a hearing to consider the new claims and the addition of defendants.

Mcavoyamaya is also trying to wrestle control of SEIU 1107 away from its parent union through another lawsuit filed in the Las Vegas federal court.

Former SEIU 1107 President Cherie Mancini, who was ousted by SEIU International in April following months of infighting by local union board members, is seeking to be reinstated.

The court has not ruled whether a preliminary injunction will be granted in the case.