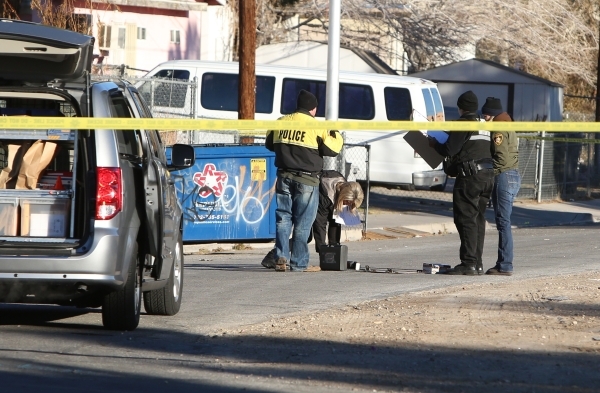 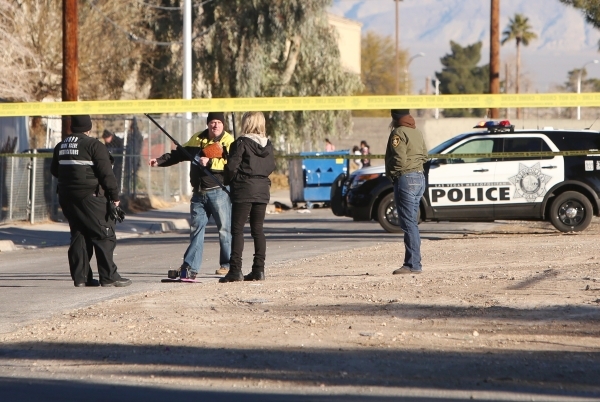 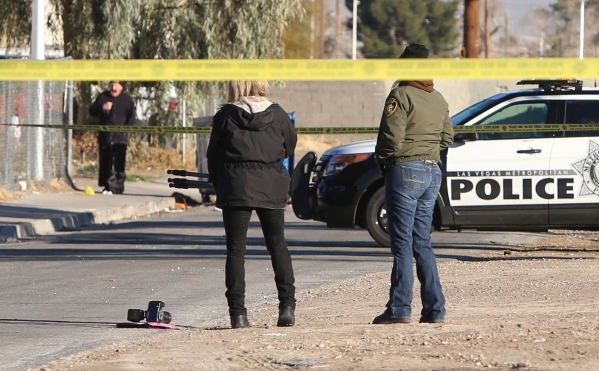 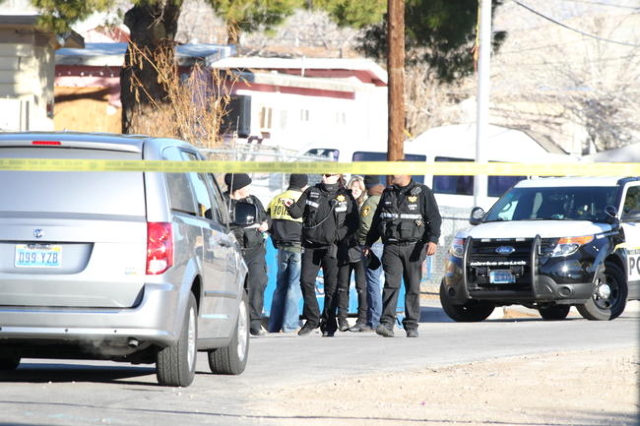 Las Vegas police seek the public’s help in finding the suspected shooter in a homicide early Wednesday morning near downtown.

Police were dispatched to Olive Apartments about 2:40 a.m. Wednesday after they took multiple calls from people who had heard gunshots in the area.

Officers found a man suffering several gunshot wounds lying outside the apartments at 2300 Olive St., near Charleston Boulevard and Fremont Street, Metro officer Laura Meltzer said. He died at the scene, she added.

The shooter may have fled in a vehicle, but police don’t have a description of the vehicle, Meltzer said. The motive for the shooting is unknown and no arrests have been made.