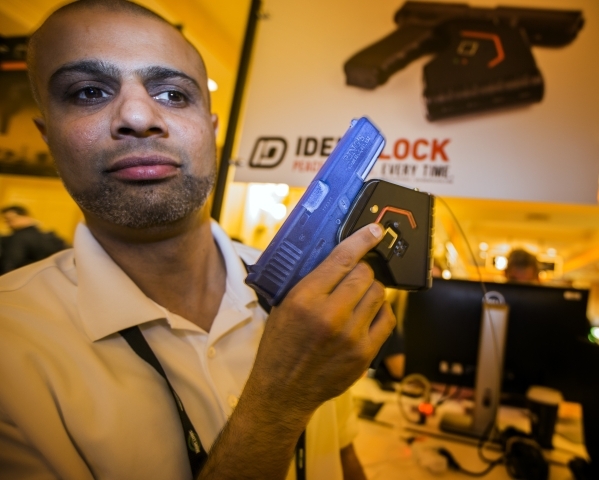 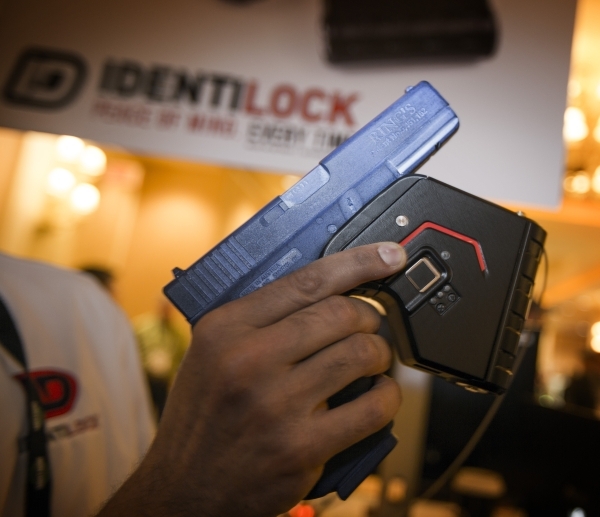 Omer Kiyani was on a leadership path at a large Detroit automobile company but he was so bothered by stories about teen suicides using guns and accidental shooting deaths that he instead chose to focus on developing his own solution to address the problem. His take on smart gun technology — Identilock — was on display this week at the Shooting, Hunting and Outdoor Trade Show, or SHOT Show.

“I’m a parent and a gun owner,” said Kiyani, who came up with the concept eight years ago. “I wanted something to protect my children from the gun I bought to protect them.”

The Identilock is a trigger lock device that uses fingerprint recognition to childproof a firearm.

Expanding research and development of authorized user recognition technology, often referred to as personalized or smart guns, was a big part of the executive actions President Barack Obama announced earlier this month, but the firearms community has been skeptical of smart gun platforms since their inception in the late 1990s.

The Identilock may prove to be a more palatable option for resistant gun owners, because the device would allow one to adapt the technology to the guns they already own.

The Identilock is roughly the size of a man’s palm and fits over the trigger of pistols (and a few long guns). It recognizes up to nine different fingerprints, from either different fingers or people, on a square window about twice the size of the biometric sensor on most smartphones.

Although it would be virtually impossible to force the Identilock off a gun using household tools — it would take hundreds of pounds of force — Kiyani said his device isn’t an anti-theft measure. It’s all about the children.

“I see a picture of a kid who shot themselves, and it blows my mind,” Kiyani said. “I have a solution.”

Kiyani said it’s up to every parent who owns a gun to make sure their children are educated in gun safety, and he has made sure his are.

“But I can never guarantee their friends and whatnot,” he said.

Obama announced a series of actions aimed at reducing gun violence earlier this month, including an instruction for federal agencies to invest in the research and development of smart gun technology.

“If we can set it up so you can’t unlock your phone unless you’ve got the right fingerprint, why can’t we do the same thing for our guns?” Obama said on Jan. 5. “If a child can’t open a bottle of aspirin, we should make sure that they can’t pull a trigger on a gun.”

Smart gun technology has been around in some form or another since the late 1990s. Models use fingerprint recognition or a transmitter device within a watch, bracelet or ring to unlock the trigger mechanisms in a gun.

Gun owners have had concerns over the safety and reliability of smart guns in addition to worries about mandates involving the technology, according to the National Shooting Sports Foundation, the trade group that presents the SHOT Show.

They worry that fingerprints can’t work if the hand is covered in blood, saying the gun would be unusable at the time when a gun owner needs it most. Many of the smart guns that have been developed also rely on batteries, which could again put a gun owner in danger if they lose their charge at a bad time.

Kiyani said his lock has solved many of the problems that concern people.

Of course it won’t work if someone is covered in blood, he said, but that person could just wipe a hand on a shirt or something else, and it would. One skeptical reviewer stood at his booth and tried the fingerprint lock 75 times Tuesday, and it worked every time, Kiyani noted.

The Identilock also comes with a key as a failsafe. And the battery on the lock lasts for 180 days on one charge.

Worries about smart gun mandates stem from a 2002 New Jersey law that said all of the guns sold in that state had to be smart guns within three years of a feasible model going on the market.

Fallout from that law — which is still on the books because Republican Gov. Chris Christie, who is running for president, this week let a bill that would have changed it die by failing to sign it — has been a serious problem for smart gun innovators.

Instead of encouraging the technology, backfire from the New Jersey mandate created a hostile environment.

The Washington Post detailed the story of the Armatix iP1 pistol, which unlocked when paired with a watch. After gun stores in California and Maryland were about to start carrying the smart gun a few years ago, those involved began to receive death threats.

Engage Armament in Rockville, Maryland, and The Oak Tree Gun Club near Los Angeles had signed on to carry the smart gun but became targets of a vehement backlash from gun enthusiasts, according to the Washington Post.

There were hundreds of protests on the stores’ Facebook pages and online forums, and the owner of Engage Armament released a long video on his Facebook page, saying he had received death threats and would not sell the gun. It has also been reported that people had threatened to burn down Engage Armament.

Kiyani said he had a good reception at SHOT Show in spite of the controversy surrounding the technology.

“My booth has been full,” he said. “We have no resistance because we’re right in the middle.”

Still, Kiyani was afraid to disclose much about himself to the Review-Journal out of fear of becoming a target himself.

Identilock starts at $319. Kiyani said he is still looking for distribution partners, but getidentilock.com appeared to be taking orders online Friday.

The SHOT Show is the Sands Expo’s largest show — with more than 13 acres of floor space, on multiple levels, 12.5 miles of booths and more than 1,600 exhibitors. More than 60,000 people are in town for the show, which ended Friday.