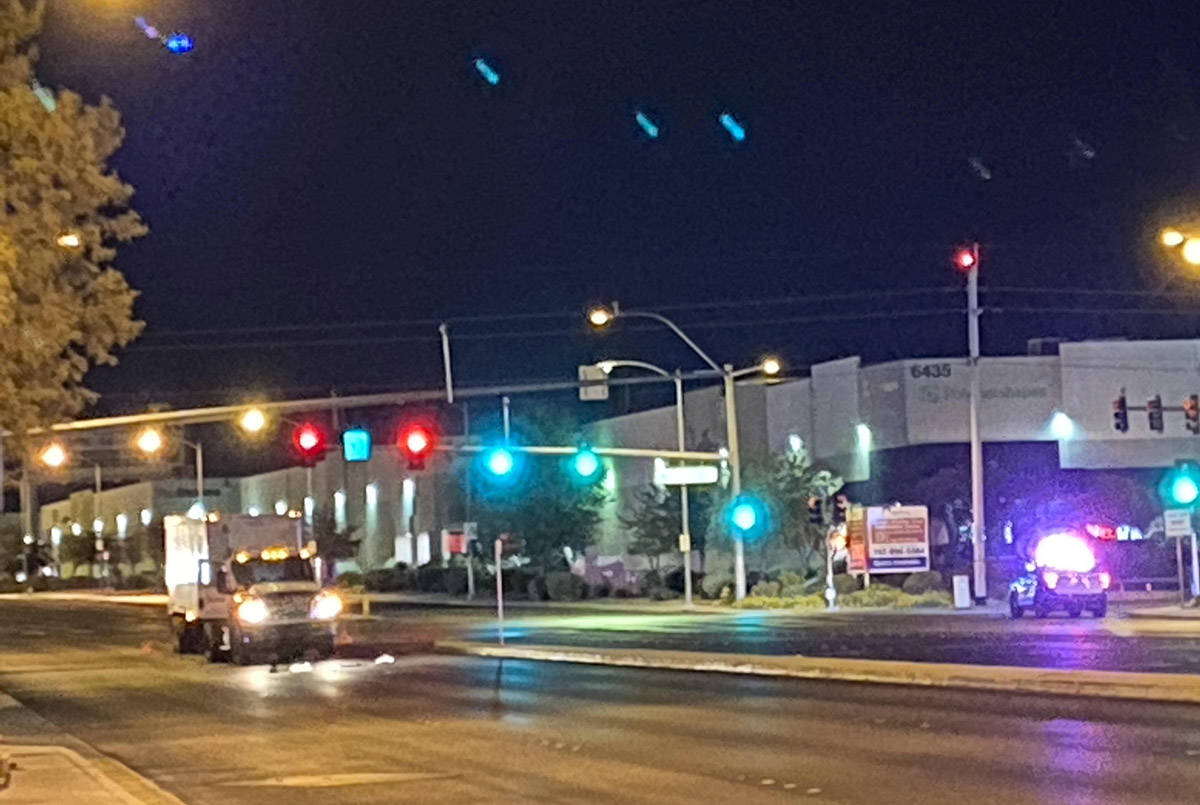 A pedestrian was gravely wounded when struck by a truck at West Sunset Road and South Valley View Boulevard about 5 a.m. Thursday, Oct. 29, 2020, according to Las Vegas police. The pedestrian was identified by police on Thursday as Noel Reveron, 46, of Las Vegas. (Glenn Puit/Las Vegas Review-Journal)

The crash happened about 4:35 a.m. on Oct. 29 at Sunset Road and Valley View Boulevard, the Metropolitan Police Department said.

A 60-year-old man was driving the truck east on Sunset when it struck the 46-year-old pedestrian, who was crossing the intersection against a “do not walk” sign.

The truck was seen stopped in the middle of the intersection after the crash. It had a U.S. Postal Service logo.

The pedestrian was identified by the Clark County coroner’s office as Noel Reveron of North Las Vegas. He was taken to University Medical Center in critical condition after the crash, and he died from his injuries Tuesday.

According to the coroner’s office, he died form multiple blunt force injuries. The office ruled the death an accident.

This marks the 82nd traffic-related fatality investigated by Metro this year.