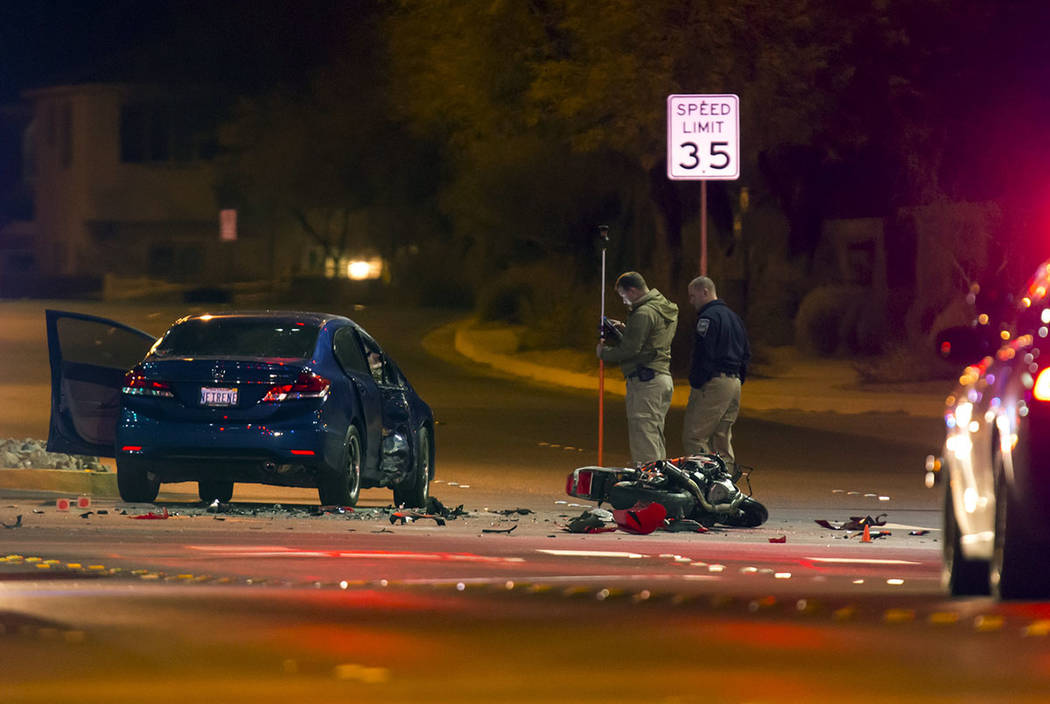 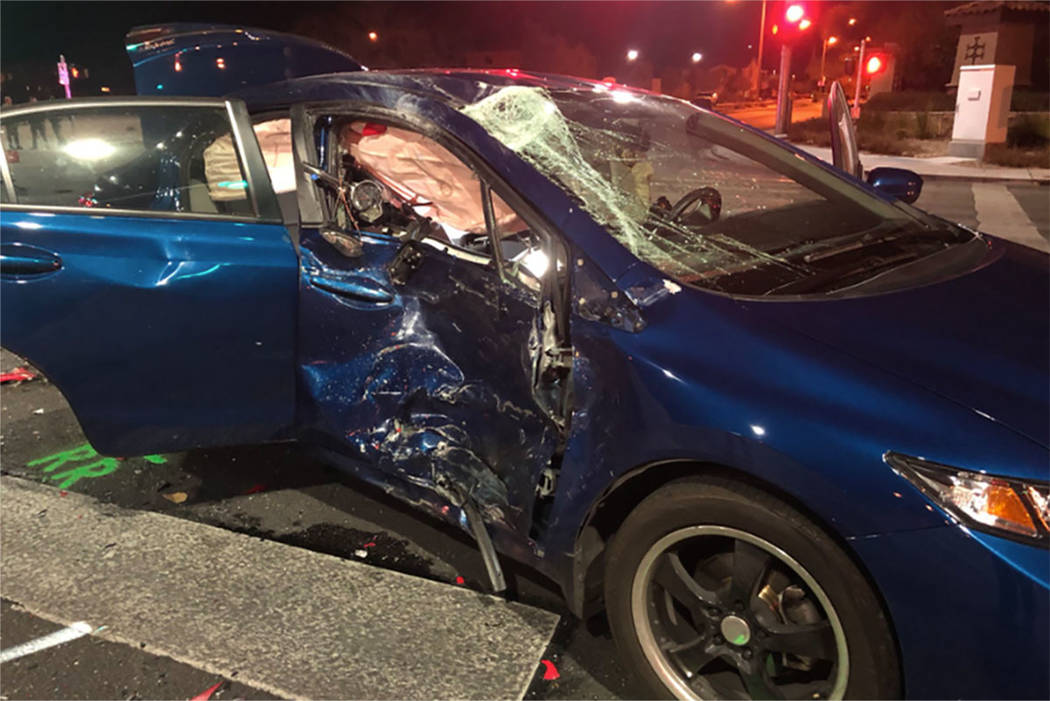 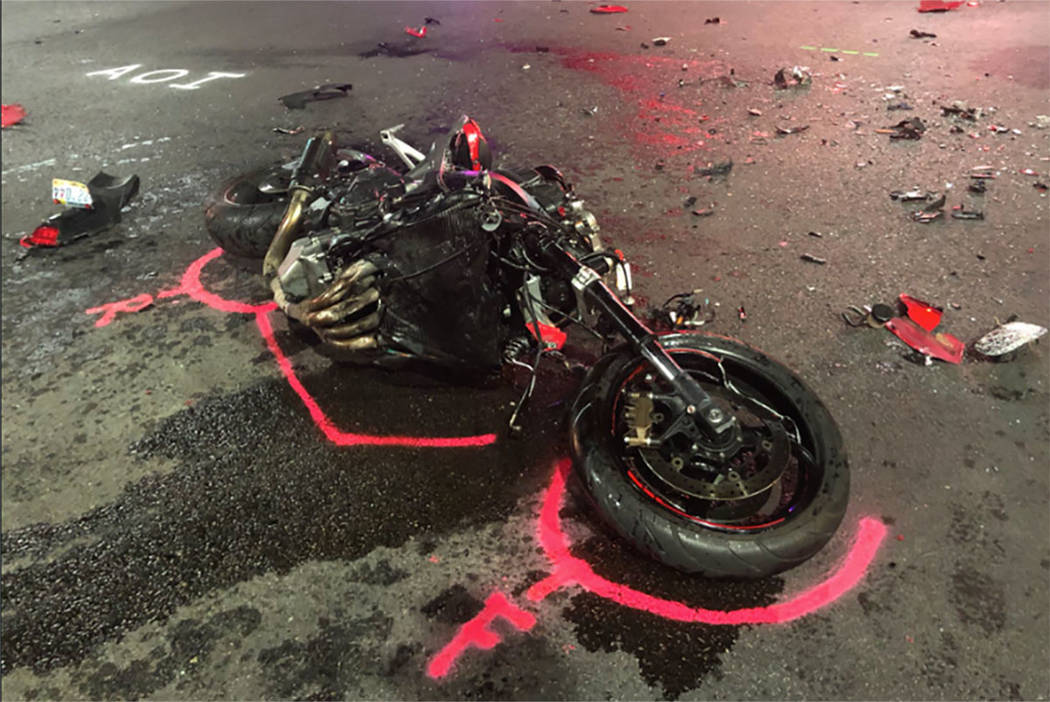 The Nevada Highway Patrol is investigating a fatal crash involving an off-duty Las Vegas police officer in the southwest valley on Saturday afternoon.

The Metropolitan Police Department officer was driving east on Mountains Edge Parkway and turning left onto South Buffalo Drive on Saturday afternoon when he was struck in the intersection by a motorcyclist driving west on Mountains Edge, Nevada Highway Patrol spokesman Jason Buratczuk said at the scene. The officer, who was off-duty in his personal vehicle, was turning at a blinking yellow light, and the motorcyclist appeared to be speeding.

The motorcyclist, a man in his mid-30s, was wearing a helmet and was ejected from the bike. He died at the scene, Buratczuk said.

The officer was hospitalized with nonlife-threatening injuries.

Briefing from @NHPSouthernComm spokesman Jason Buratczuk at the scene of the crash on Mountains Edge Parkway and South Buffalo Drive. #RJnow pic.twitter.com/yissZzPQqG

“We have an agreement with Metro, where if they have anything that is involving one of their officers we’ll go ahead and handle that crash, and same thing for us if one of our troopers is involved in any type of serious crash,” Buratczuk said, adding that it’s “just for transparency.”

It did not appear that the motorcyclist or the off-duty officer were impaired, Buratczuk said. Troopers were waiting to view a witness’ dashcam footage of the crash for more information Saturday night.

The Clark County coroner’s office will identify the motorcyclist after his family has been notified. 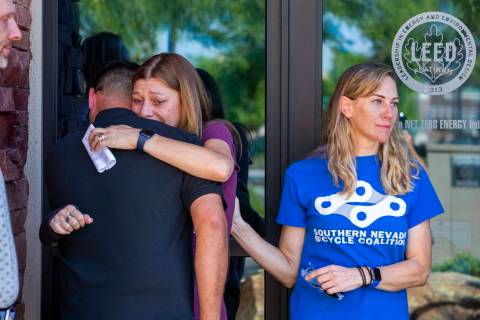