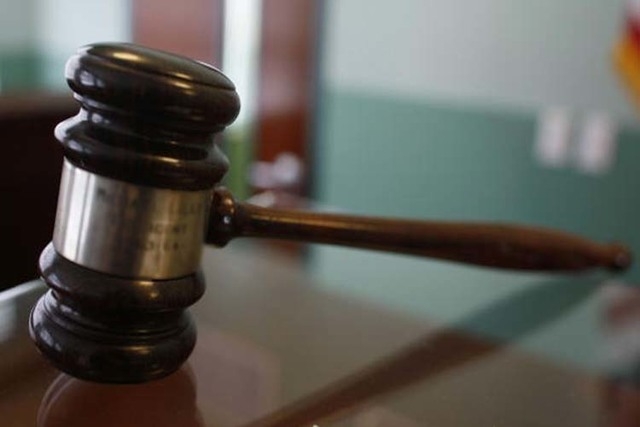 Jesus Arevalo, the Las Vegas police officer who was fired for the 2011 shooting death of Stanley Gibson, was convicted Monday on misdemeanor charges stemming from a domestic incident last year.

Arevalo was convicted of harassment and disturbing the peace and sentenced in Las Vegas Municipal Court to 90 days of house arrest, according to records. He has to stay out of trouble for two years or risk a six-month jail sentence.

He was cited by police after a February 2013 incident at Canyon Ridge Church involving his ex-wife, Catherine, and her boyfriend Steve Delao. Arevalo and Catherine divorced in 2012 after a contentious two-year court battle.

Authorities said Arevalo ripped off his shirt and threatened Delao, accusing him of harming his son. Arevalo’s claim against Delao was never proven despite his complaints to police and the Clark County Department of Family Services.

Arevalo told the Review-Journal on Tuesday that Metro executives were angry with him for filing a federal discrimination complaint against the agency. They conspired with Las Vegas city prosecutors to ensure he received a harsh punishment, he said.

Judge Heidi Almase “threw the book” at him with her sentence, he said, despite his lack of a criminal record.

“I knew the fix was in,” Arevalo said. “I got railroaded.”

Arevalo said he never put his hands on Delao, although he admitted he warned him not to touch his son. But his threat wasn’t serious.

“It wasn’t a valid threat. It was a threat with a condition, like ‘if you do this again,’” he said.

He also disputed that he tore off his shirt in the courtyard at Canyon Ridge, the northwest valley church that his ex-wife, her boyfriend and Arevalo all attend.

Arevalo said he was walking to his car to retrieve his wallet when he felt warm, he said. The former officer had received a PERS medical retirement for post-traumatic stress disorder for shooting Gibson — an unarmed Gulf War veteran who also suffered from PTSD — and routinely had hot flashes, he said.

Arevalo took off his over-shirt, unveiling his sleeveless under-shirt, just before he noticed Delao, he said.

“I wasn’t trying to intimidate him,” he said. “But I can see how it was perceived that way.”

Delao called 911 after Arevalo confronted him, which escalated the incident. Arevalo said he became angry after Delao told the police dispatcher he was “that cop that murdered Stanley Gibson.”

“He was trying to incite me,” he said.

Arevalo said he will appeal his sentence, but isn’t certain he’ll prevail.

“I thought I’d be OK,” he said. “That’s what I get for having morals, values and faith in our system.”