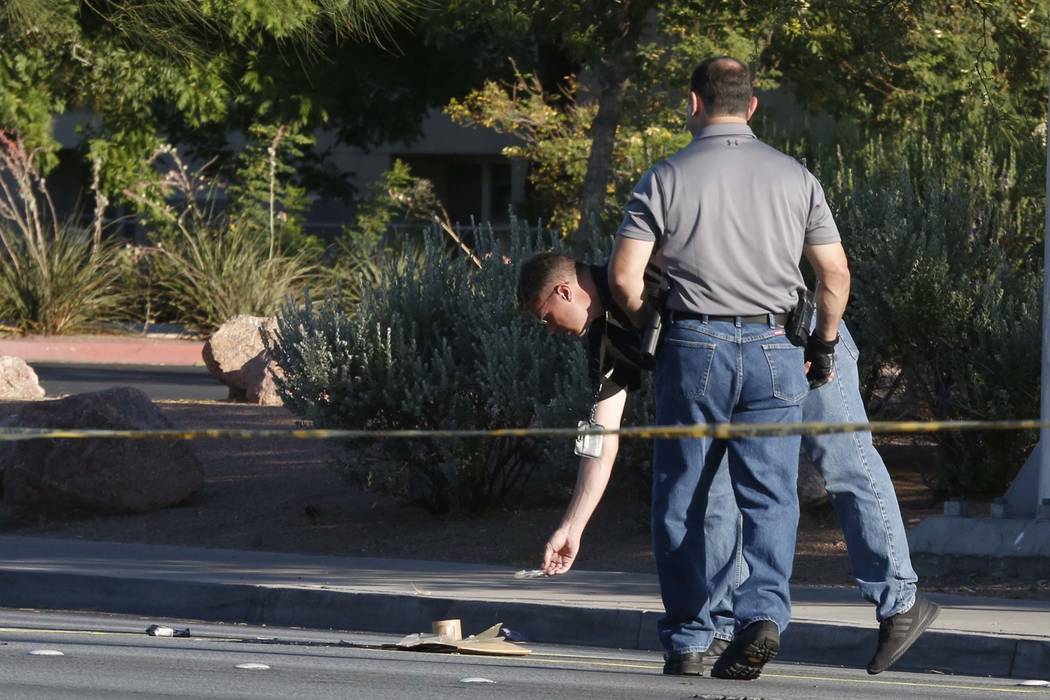 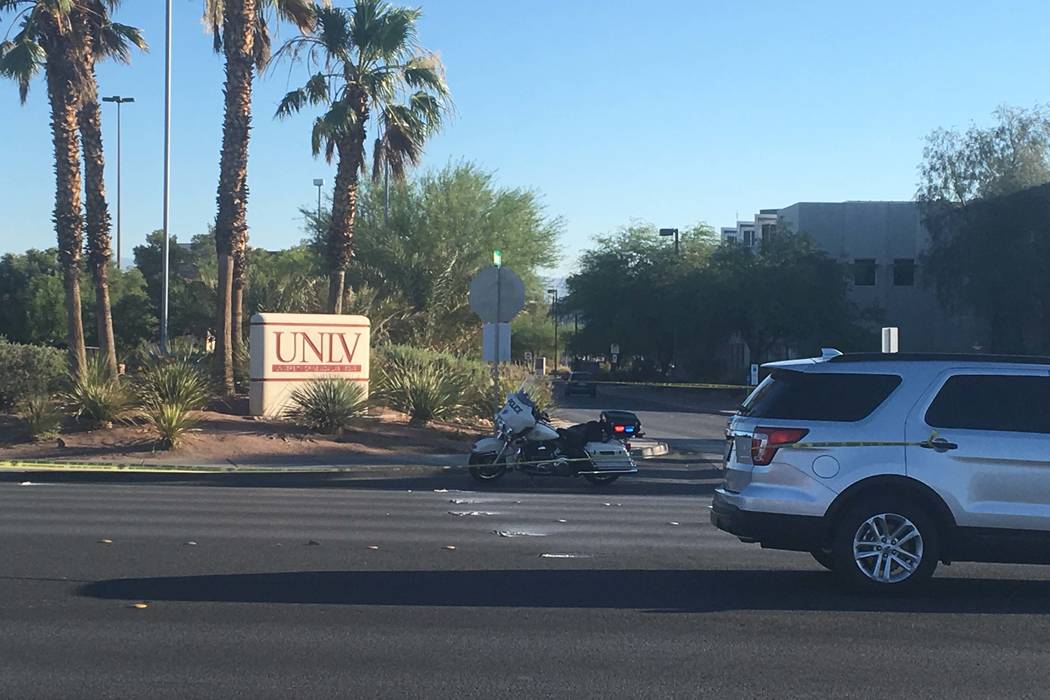 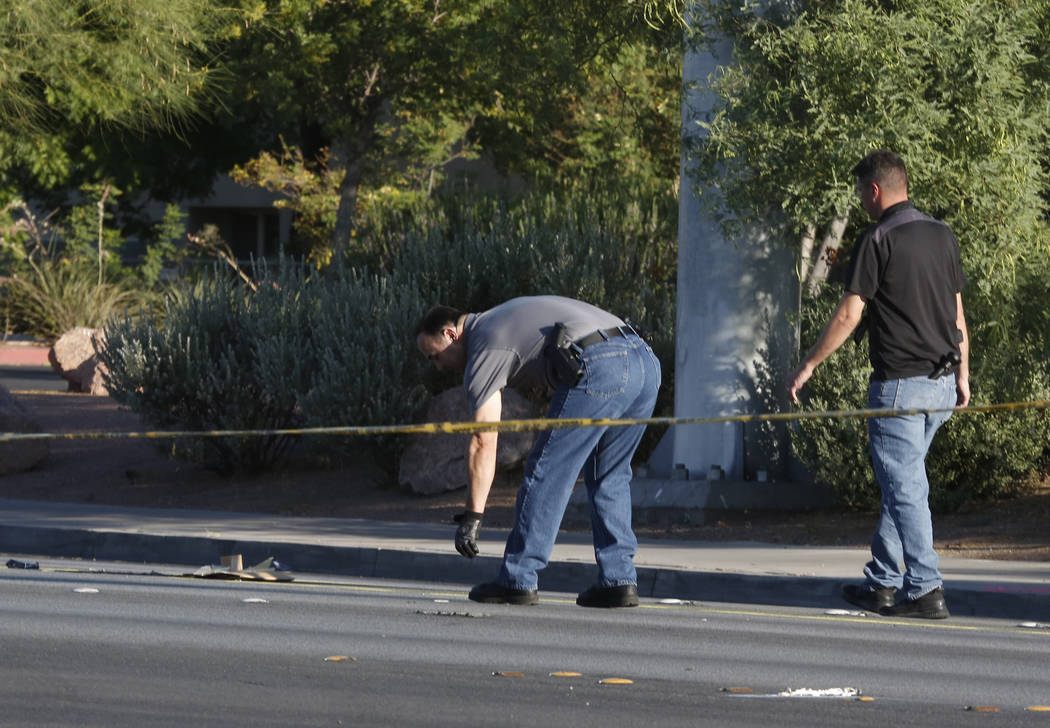 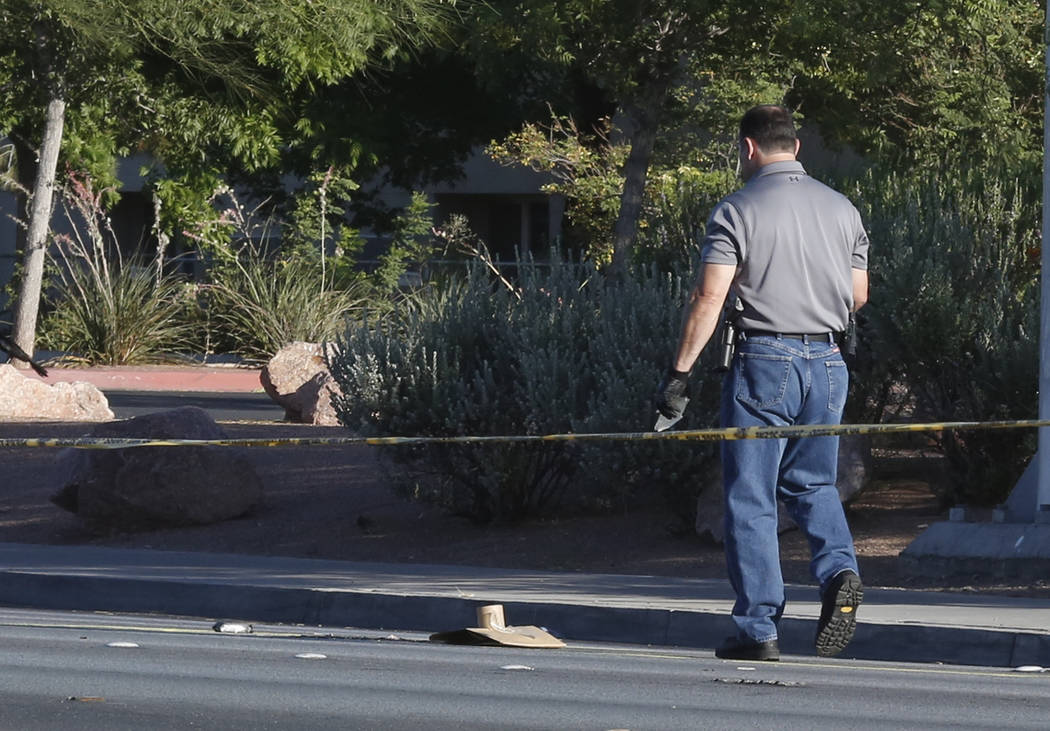 A detective investigates after a pedestrian died after being struck by an SUV near Tropicana Avenue and Maryland Parkway early Monday morning, June 26, 2017. (Bizuayehu Tesfaye/Las Vegas Review-Journal) @bizutesfaye

A pedestrian died Monday morning after being struck by a vehicle near UNLV.

The driver of a 1999 Ford SUV was traveling west on Tropicana when a male pedestrian in the roadway was struck, Metro said. The 31-year-old pedestrian had been walking outside of a marked crosswalk.

The Clark County coroner’s office will release his identity and cause and manner of death once family has been notified.

Police said the driver showed no signs of impairment; no arrests have been made.

This is the 72nd traffic-related fatality investigated by Metro in 2017.