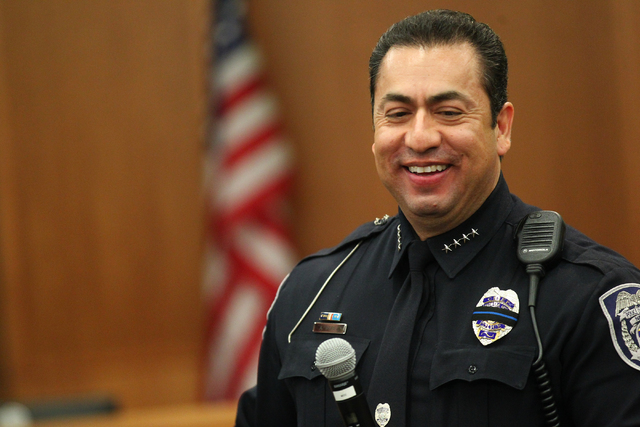 A private company will manage 96 crossing guards in North Las Vegas for the next two years, shifting oversight away from the police department.

The North Las Vegas City Council voted 3-1 to award a $1.45 million contract to The Crossing Guard Co., which will retain the guards now employed by the North Las Vegas Police Department for the same hourly wage of $9.50.

The Crossing Guard Co. is based in Santa Fe Springs, California, and keeps a Las Vegas office.

Councilwoman Anita Wood voted against the deal, saying she was concerned about costs and staffing levels. Mayor John Lee was absent from Wednesday’s council meeting.

North Las Vegas had budgeted about $850,000 for crossing guards, but used only about $725,000 during the last school year to pay wages and cover administrative costs, city finance director Darren Adair said.

More than a dozen crossing guards attended the meeting. Several said they weren’t allowed to publicly discuss the contract.

“This is not so much for financial reasons, but to streamline,” Councilman Isaac Barron said. “It builds up a little more time for the people we have to do other things.”

Police Chief Alex Perez told the council that hiring a private contractor would help reduce the time a police lieutenant must spend overseeing crossing guards and cut the time spent on recruiting, hiring and background checks.

“Those are all soft costs that, when you put them together, stack up quite a bit and impact our operations on a daily basis,” Perez said, adding that crossing guards will receive the same level of training under the private company.