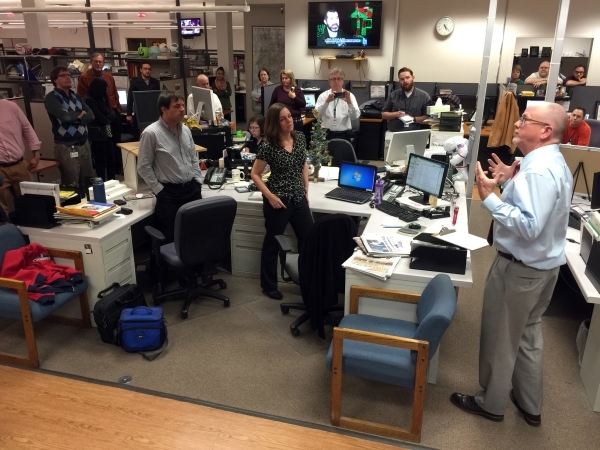 The top editor of the Review-Journal, Mike Hengel, announced he has accepted a buyout Tuesday evening, less than two weeks after the newspaper’s sale to the family of casino magnate Sheldon Adelson.

Hengel, who has been editor since 2010, called staff together in the newsroom shortly after 5 p.m. and said he was accepting a buyout offer from the paper.

Hengel described his decision to leave as “mutual” and said he did not believe he was forced out.