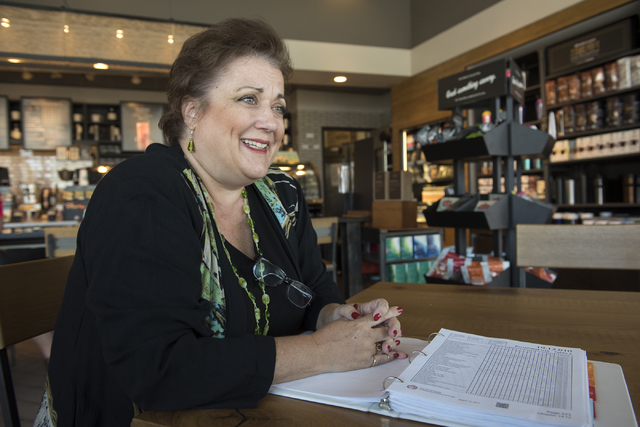 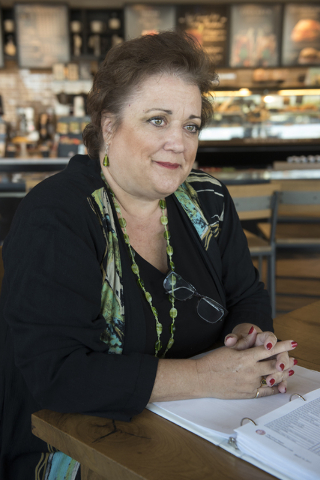 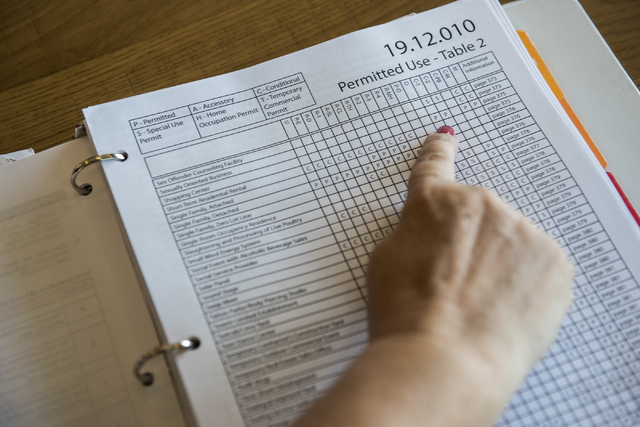 Julie Davies shows permit policies while speaking to a reporter during an interview regarding the city's licensing and zoning regulations on short-term residential rentals from a Starbucks on North Rancho Drive in Las Vegas, on Friday, July 22, 2016. (Martin S. Fuentes/Las Vegas Review-Journal) 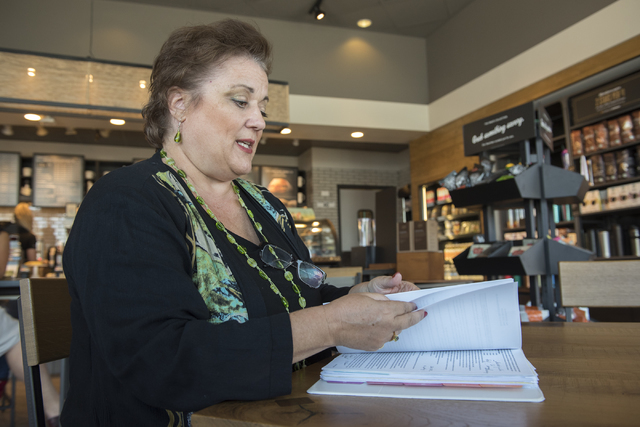 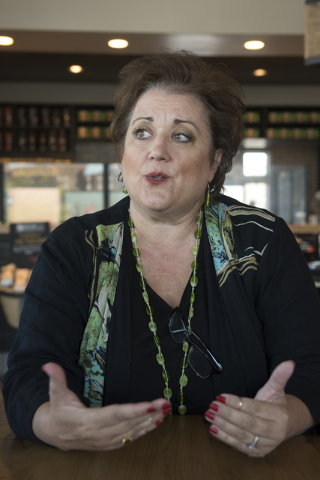 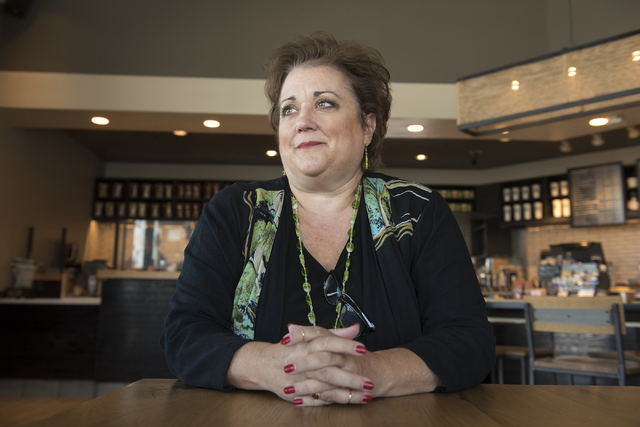 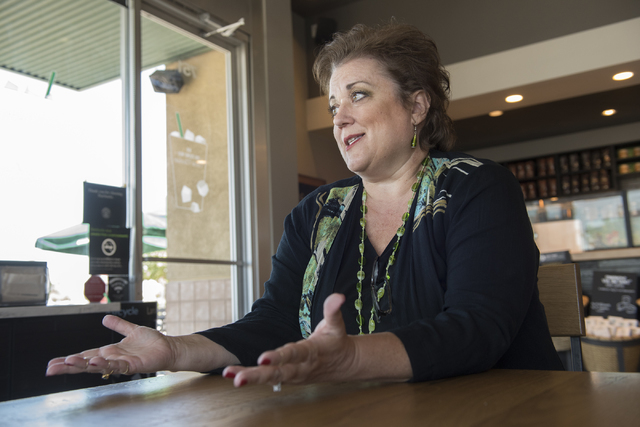 Julie Davies hoped that by now the downtown Las Vegas condo she owns would be drawing in regular visitors and revenue, but it sits unoccupied while she pays for a storage unit for its furnishings.

With the ballooning sharing economy that allows people to monetize their dwellings and vehicles, popularized by companies such as Airbnb and Uber, local governments have been grappling with how to regulate the burgeoning industries.

Davies’ situation illustrates what can happen in the meantime — she’s been waiting more than six months for a business license from the city to operate a short-term residential rental.

“I’m losing money every month,” Davies said. “It’s longer than they said it would be. It’s moving through the process at snail’s pace.”

Home-sharing services allow people to rent out their entire dwelling or specific rooms within it to visitors, and the booking process takes place entirely online, on websites such as VRBO and Airbnb.

The City Council in 2014 passed an ordinance requiring property owners who rent out their residential properties on a short-term basis to obtain a $500 annual license, which is what Davies is seeking.

Davies voiced frustration with how long it’s taken to get her license in a way that’s “above board” and compliant with the city’s regulations.

“We’d rather do it right or we’re not going to do it here at all,” Davies said.

Davies had her short-term rental license in hand and began taking reservations at her downtown Las Vegas condo earlier this year when she received the cease and desist notice from the city.

Because of a possible short-term rental discrepancy for certain zoning districts in the city, Davies’ license has been held up for months, she said.

Davies’ wait may soon be over. The City Council next week will consider amending the code to spell out that short-term residential rentals are allowed in five zoning districts in the residential parts of mixed-use developments or in units that are permitted as legal nonconforming uses.

The email to Davies from the city came in February — a permitted use table referenced by city code didn’t include short-term residential rentals in certain zoning districts, including the district where Davies’ condo is located, and city staff needed to analyze the implications. That’s a big time difference in lag time from Davies’ experience in Florida, where she was licensed to rent out her property in Kissimmee within a matter of days, she said.

Now that property, listed on the rental website VRBO with “Frozen” and “Avengers” themed rooms geared toward families visiting nearby Disney World, is rarely empty.

Davies is concerned the more difficult it is to obtain a rental license, and with the city’s separation requirement between short-term residential rentals, people are going to side-step local laws and operate short-term rentals unlicensed and off the radar, she said.

Short-term rentals have proved controversial in the past in neighborhoods or buildings where renters become a nuisance to other residents. The city regularly receives complaints about people operating unlicensed short-term rentals, usually because of “incidents involving party houses,” city spokesman Jace Radke said.

Councilwoman Lois Tarkanian, who represents Ward 1, has been hit particularly hard with complaints, which she’s been receiving for a long time, about “party houses,” she said.

“I’ve gotten complaints where two little girls looked out their second-story window and saw a couple having sex by the pool at the rental,” Tarkanian said. “And I’m not a fuddy-duddy, necessarily. But you have to respect the residents that make up the core of our community. You can’t walk all over them.”

Tarkanian doesn’t object to individual property owners who are trying to responsibly rent out a room to supplement their income, but has seen issues with companies owning properties and operating short-term rentals without regard for the other property owners, she said.

“My concern is about the person who owns a home in the neighborhood,” she said.

Tarkanian suggested a special-use permit process be put in place so property owners who want to operate short-term rentals need to have their particular property approved by the council. Tarkanian said she will likely try again get that approved, but acknowledged that would likely trigger a lot of complaints.

“Then a person who knows the neighborhood well could check to see if it’s an appropriate place,” Tarkanian said.

Local governments have taken different approaches in dealing with short-term residential rentals. In places with thriving tourism economies, such as the Las Vegas Valley, deciding how to regulate residential rentals can get even more complicated because of concerns about creating more competition for existing hotels and resorts.

The city of North Las Vegas, meanwhile, doesn’t have a short-term rental ordinance on the books.

Airbnb last month sued the City by the Bay after its Board of Supervisors decided to fine the company $1,000 a day for each unregistered host on the site.

Davies wants to operate her short-term rental the “right way,” unlike those who are doing so unlawfully without licenses “because they don’t care or they don’t know better,” she said.

“It’s an emerging industry,” Davies said. “We need to talk to each other, make reasonable regulations and enforce them. And make it easy to be licensed. Not months.”