The security footage is sobering.

Benjamin Frazier, angry over paying a $30 cover charge at Drai’s After Hours nightclub inside Bally’s on the Strip in October, is seen arguing with a security guard at the club.

Frazier pulls a .38-caliber revolver. A skirmish ensues. The guard falls to the ground. Another security guard opens the door, sees the gun and turns to run.

Frazier shoots them both.

The 42-year-old then walks out of the club onto the gaming floor of Bally’s pointing the handgun. People fall to the ground around him.

One man tries to stop him.

Kenneth Brown, 40, jumps on Frazier’s back and tries to tackle him to the ground. Frazier shoots at him.

They both fall to the ground.

The dead weight appears to keep Frazier from getting up and allows security time to take him into custody.

The footage then shows medical personnel trying to revive Brown, to no avail.

The footage was released to the Review-Journal and other local media after a request was made for the evidence to the District Court’s clerks office.

“It really does describe to the eye exactly what happened,” Wolfson said. “Unlike eye witness testimony that sometimes can be questioned. It’s hard to question the depiction of what happened in the video. It provides a very clear story of what happened that day.”

Next week, Wolfson and the district attorney’s death penalty committee will review the case and determine whether prosecutors will seek capital punishment for Frazier.

The death penalty committee, whose meetings are not open to the public, looks at several factors when considering capital punishment, including whether there were aggravating factors in the case such as past convictions, whether a jury would impose the death penalty as punishment and whether a conviction would stand up under appeal.

A grand jury indicted Frazier this month on six counts, including one count each of murder and carrying a concealed firearm and two counts each of attempted murder and battery with a deadly weapon.

Brown, who had recently moved to Las Vegas from Los Angeles and worked as a club promoter and stand-up comedian, was fatally shot in the neck and upper chest.

Frazier’s lawyer, relative Robert Beckett, has said Frazier doesn’t remember anything from the morning of Oct. 21.

Beckett did not return a call requesting comment Wednesday.

Frazier has a history of violent crimes in Las Vegas. He was sentenced to probation for a June 30, 1996, incident at Cheetahs strip club for which he pleaded guilty to assault with a deadly weapon.

Most recently, Frazier pleaded guilty to one misdemeanor battery count for a fight Feb. 29, 2012, when he punched a bartender at a Strip casino and kicked another man. He was sentenced to six months of probation and ordered to take alcohol counseling. 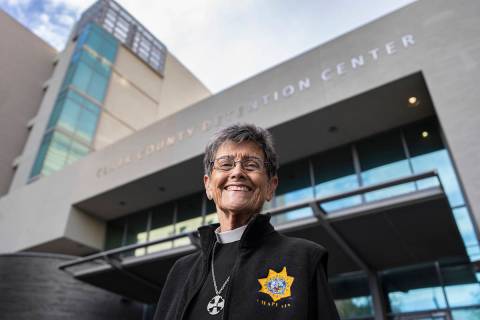