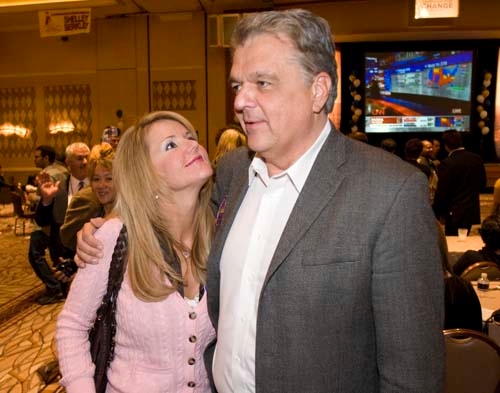 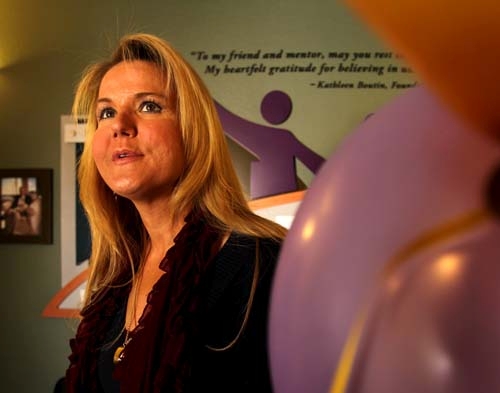 At a weekend meeting that County Commissioner Steve Sisolak has called a "shakedown," representatives of his ex-girlfriend told him accusations of an improper relationship with her teenage daughter was "the stuff that ends political careers," according to an account of the meeting.

In notes based on a secret recording of the Sunday meeting, Sisolak’s lawyer, Laura Fitzsimmons, mentioned several instances of potential damage to the commissioner’s political aspirations based on the accusations contained in Kathleen Vermillion’s lawsuit against him.

Vermillion’s lawyer, Robert Martin, and public relations representative Mark Fierro have called the meeting a legal settlement conference. Sisolak thinks it was an attempt to extort him of $3.9 million.

The meeting was at Fierro’s office three days after Vermillion filed her lawsuit in District Court.

Sisolak and lawyer Stan Hunterton met with Martin and Fierro.

Hunterton attended because Fitzsimmons, who is based in Carson City, could not make the weekend meeting. She listened to the recording later that day and took notes.

According to the notes, Fierro said that they were not accusing Sisolak of criminal conduct but that "this is the stuff that ends political careers." If Sisolak reached a settlement for $3.9 million, it would all "be erased," Fitzsimmons wrote.

Hunterton asked how they arrived at the $3.9 million figure and compared it to the $1.7 million the Metropolitan Police Department was about to pay the family of Trevon Cole, a small-time marijuana dealer who was killed in a botched drug raid.

"That was a nameless, faceless person," Sisolak recalled Martin saying.

The next day at the Police Department’s Fiscal Affairs Committee meeting, Sisolak referenced that quote when the board approved the payment.

"Mr. Cole was not a nameless, faceless person. He was a son and a father and a fiancé," Sisolak said.

Vermillion’s team told Sisolak they had a news conference scheduled for Monday to show a video of her 15-year-old daughter saying Sisolak had her model bathing suits for him, took her on a "movie date" and texted her late at night.

The teen also said that Sisolak was "obsessed with her looks and how she dressed" and that he tried to continue his relationship with her even after he and Vermillion ended their rocky five-year romance in October.

"I didn’t want to think about him being attracted to me," the girl said in the video. "He’s a liar. He’s somebody you shouldn’t trust. He’s grimy."

The girl’s father and Vermillion’s ex-husband, Burt Boutin, released a statement earlier this week saying his daughter told him that her statements were false and that she had been coaxed into giving the videotaped interview. Boutin’s statement also said Sisolak "acted as a gentleman to both of my children and to me."

In the girl’s interview, however, she said her father had called Sisolak a "sketchy guy."

At the Sunday meeting, Martin said the goal was reaching a settlement, "but it needs to be done pretty quickly," according to Fitzsimmons’ notes.

In the meeting, Martin said the lawsuit would take years, and "I am going to have a hard time convincing a jury that she is worth giving money to," according to the notes.

Vermillion did not attend the meeting, but the former Henderson city councilwoman was mentioned.

"She is a (expletive) smart woman, and she is scary right now," Fierro said about her, according to the notes.

Fierro told Sisolak that Vermillion got "burned to the ground" and that allegations against her in the press reflected poorly on him, according to the notes.

Two days earlier Vermillion faced public allegations that she misused money from the charity she founded, the Nevada Partnership for Homeless Youth. The charity’s interim director, Arash Ghafoori, filed a complaint Jan. 11 with the attorney general’s office accusing her of malfeasance.

Vermillion also tested positive for methadone in a drug test ordered by the charity’s board of directors.

Part of her lawsuit includes accusations that Sisolak and others leaked her drug test results.

On Friday, the charity said Vermillion, who had been on medical leave from her job as chief operating officer, was no longer employed there.

"I wish the partnership the best," Vermillion said. "It was definitely in their best interest for us to part ways. I recognize that my lawsuit against Clark County, which gives (the partnership) grants, makes me more of a liability than an asset. I care enough about the agency to move forward in another direction."

The next step for Vermillion, who said she had been on medical leave from the partnership, is to "make sure my personal liabilities are eliminated."

That means removing her name from a $150,000 credit line for the nonprofit and all corporate paperwork that lists Vermillion as the group’s registered agent, including with the secretary of state.

She is looking for a lawyer to "help officiate a separation agreement" with the nonprofit.

"What I’m not going to do is ask them for a refund of the tens of upon tens of thousands of dollars I’ve given them in the past couple of years," she said. "I know that money is well spent. … I will continue to support them behind the scenes."