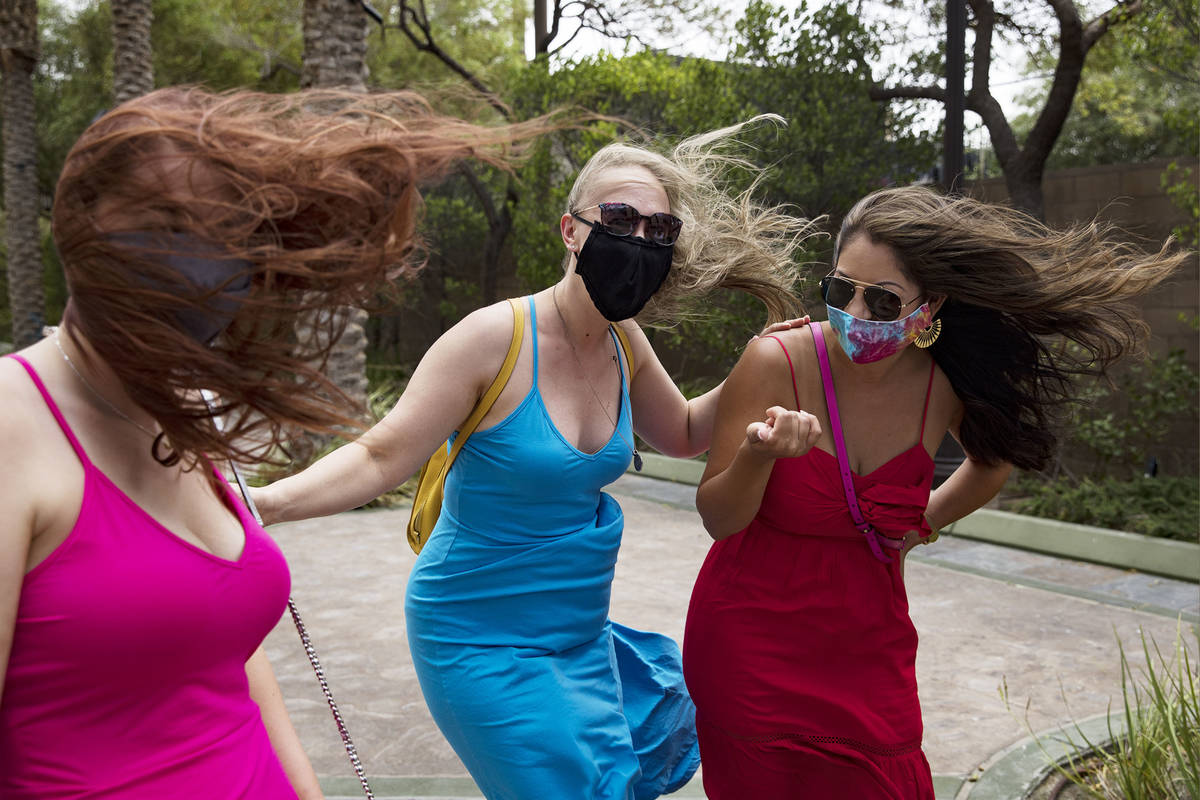 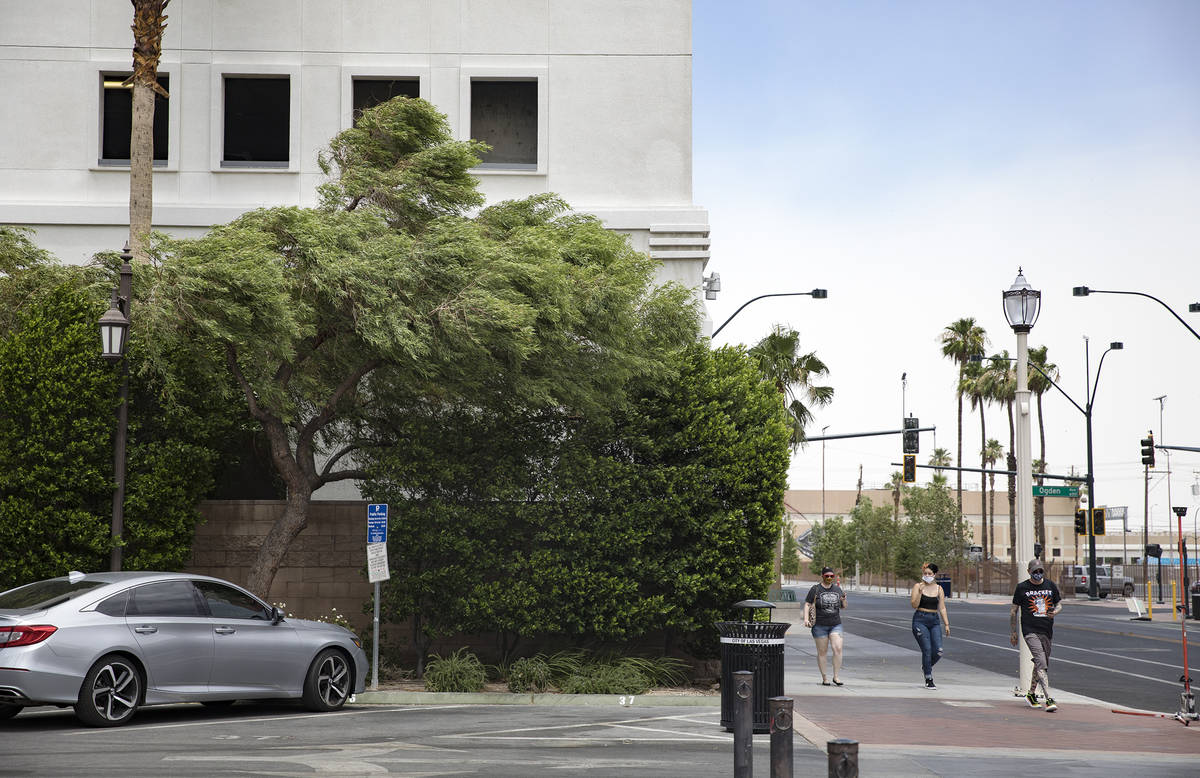 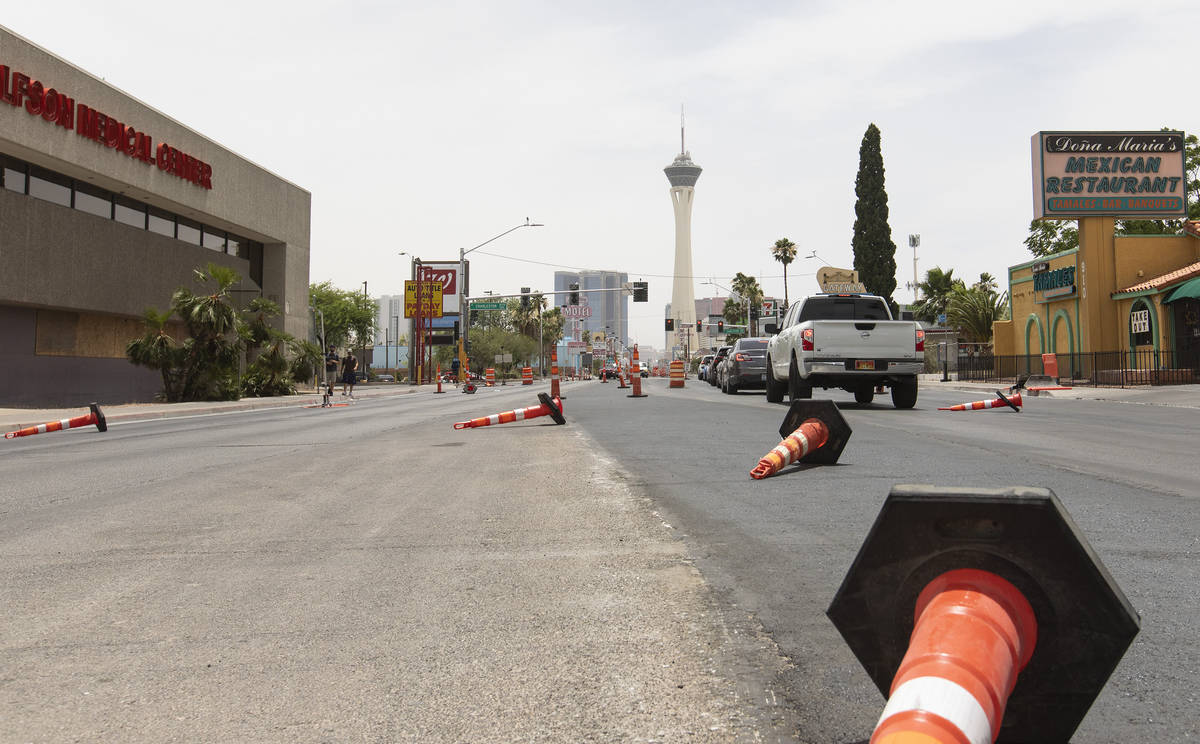 Gusty winds battered the Las Vegas Valley on Sunday, whipping up clouds of dust in the desert that blew into town from the northwest.

The strong winds were fueling a wildfire on Mount Charleston in the Spring Mountains.

At noon, the agency reported gusts up to 40 mph at McCarran International Airport and Nellis Air Force Base and 30-35 mph near the center of town.

Winds are beginning to pick up across the valley and with it will come the dust potential! 👀 https://t.co/VkXY2OWot9

The weather service issued the advisory at 11 a.m., predicting gusts up to 50 mph in parts of the valley. Clark County also issued a dust advisory for Sunday due to the windy forecast.

On Sunday morning the weather service reported a large cloud of dust rolling into town from the Jean Dry Lake bed, obscuring parts of the mountains that ring the valley to the northwest. A Twitter user shared a photo showing a large wall of dust moving “into the Southern Highlands and Mountain’s Edge areas.”

At 6:20 p.m, the weather service reported a major dust storm with quarter-mile visibility on U.S. Highway 95 between Beatty and Tonopah. Another, “larger haboob” near Gabbs is expected to encompass Nye and Esmeralda counties within two hours.

The weather service tweeted at 6:50 p.m. that the “thickest dust of the day” was moving into Henderson, with visibility dropping below 2 miles.

The airport was not experiencing long delays Sunday evening, according the Federal Aviation Administration website and McCarran’s departure listings. Departure and arrival delays were typically 15 minutes or less.

Whoa! See that cloud of dust that came into the Valley in the last 30 minutes? It came from the Jean dry lake bed to the south! See the plume moving northeast? That's the dust! 👀🛰️ #vegasweather #nvwx pic.twitter.com/1mLthtj0I2

By Monday, winds should stay in the 5-10 mph range.

Gusty & dusty day ahead. Tie it down or it my be flying around! The @NWSVegas has issued a Wind Advisory from 11pm to 11pm for the Las #Vegas area. Gusts upwards of 50 mph possible. Our @SustainClarkCty has also issued an #AirQuality #DustAdvisory. #VegasWeather 🍃 pic.twitter.com/Yt6ImAuExK