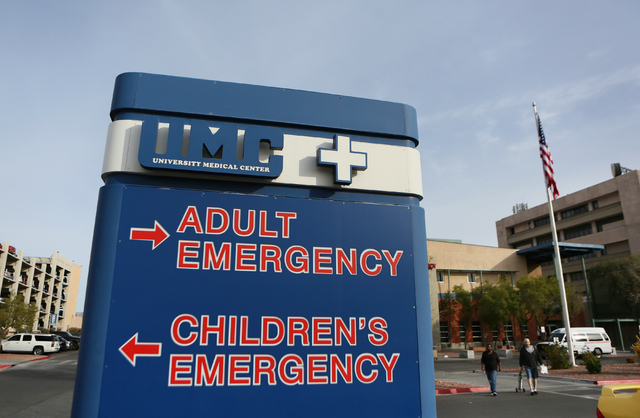 Three people, including a juvenile, were wounded during an early Sunday morning shooting in the east valley, Las Vegas police said.

Las Vegas police and medical crews were called about 12:30 a.m. to the 1600 block of Betty Lane, near the intersection of Owens Avenue and Nellis Boulevard, Clark County Fire Department call logs showed.

The three people shot suffered serious and critical wounds, but were expected to survive at University Medical Center, Summers said.

The person arrested was found after a search by a Metro K9 unit, Summers said.

The age and genders of all people involved were not immediately available.

Metro’s Violent Crimes unit detectives were investigating and were still at the scene, Summers said about 3:00 a.m.