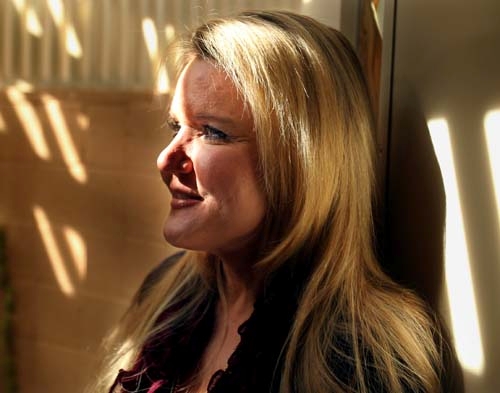 For a while, hers appeared to be the classic American success story.

Kathleen Vermillion had run away from home at 12 to escape an abusive stepfather. After spending her teen years homeless and bouncing among friends’ houses, she used her experience to fuel a lifelong crusade to help homeless youths in Southern Nevada.

She spent more than a decade helping homeless kids, from getting a state law changed to creating and running a charity dedicated to the cause. Her passion and persistence lured some of Las Vegas’ biggest names in business and politics to join her and give support.

Later, she entered politics and won election to the Henderson City Council.

“I’m your classic rags-to-riches story,” she said during her council run in 2009.

At the time, she was.

But in recent weeks, the life and reputation she spent more than a decade building has unraveled in the most public way.

She quit the council to spend more time with her family and the charity, the Nevada Partnership for Homeless Youth. She was exiled from her charity amid allegations she stole from it. She sued ex-boyfriend County Commissioner Steve Sisolak over leaked medical information, then dropped the lawsuit a few weeks later. She was rushed to the hospital after overdosing on pills and alcohol. And she remains under criminal investigation by Las Vegas police and the FBI.

“One event seemed to spiral into the next,” said Sig Rogich, who advised Vermillion on politics and, some say, was like a father figure to her. “It’s all just a sad episode.”

With her reputation in tatters and her charity moving on without her, the 44-year-old is focused on the simpler things: kicking her addiction and repairing the relationships with her two teenage children.

She starts substance abuse counseling next week and will undergo therapy with her children. She hopes to settle into a normal life she has never had, one where families eat together, take walks together and go to church together.

As an adult, the plight of homeless youth has been the singular issue that defined her personally and professionally.

“You don’t see that kind of long-term, deep-rooted passion that you see in her,” former state Sen. Sandra Tiffany said.

Tiffany’s first experience with Vermillion’s passion came in the mid-1990s when Vermillion, then known by her married name of Boutin, took a few state lawmakers to Arizona to observe a school for homeless youth.

She later helped create the Nevada Partnership for Homeless Youth, a coalition of government agencies, service groups, community organizations and businesses dedicated to helping the homeless under age 18.

Vermillion carried her cause to Carson City in 2001 and lobbied to change a state law that prevented homeless teens from getting help without parental permission. The Legislature changed the law.

The Rev. Dave Casaleggio recalled meeting Vermillion in those early days and helping raise money for her fledgling organization.

As one of the partnership’s original board members, he saw firsthand how her personality and drive could attract people with the resources and the ability to help her cause.

“From what I know of her, she never, ever did it for herself,” the Roman Catholic priest said. “She always did it for the organization.”

Rogich, the longtime political adviser and image maker, was one of her early converts.

She asked for his help, and he thought it was a great cause. He also was impressed with Vermillion’s smarts and work ethic, he said.

“Here’s someone trying to do some good for the town,” said Rogich, who advised Vermillion when she entered politics with the Henderson City Council run.

Tiffany was one of the few Republicans who endorsed the Democratic candidate for Henderson City Council. She believed in Vermillion’s ability to translate her success with the charity to a public body.

Vermillion went into office with some “pure ideology” but soon faced the realities of being an elected official, including dealing with lobbyists, playing politics and handling executive staff, Tiffany said.

“The bloom was off the rose pretty early,” she said.

Before she resigned, Vermillion shared her frustration with Tiffany.

“It was just pushing this big boulder up a hill, and it was frustrating” for her, Tiffany said.

In announcing her resignation in November, Vermillion said she was leaving to spend more time with her charity and her son, who had a drunken driving arrest and was in treatment for alcohol addiction.

“For me it’s all about priorities,” she said at the time. “The charity is suffering because of my work on the council, and I had to choose. I choose my kids and my charity.”

Rogich said he was “stunned” by the move.

The turmoil in Vermillion’s life remained behind closed doors.

Some people, however, took notice that something seemed amiss.

“She’s very, very passionate about that organization and built a great thing,” said one person involved with the charity over the years. “But recently I think people close to her noticed she was becoming more and more erratic.”

In October her five-year on-again, off-again relationship with Sisolak ended. He has said it was because “her mental and emotional state deteriorated.” She has said she should have broken off their rocky romance long before.

On Jan. 1, her resignation from the City Council became official.

Less than two weeks later, Arash Ghafoori, interim executive director of the Nevada Partnership for Homeless Youth, filed a complaint with the Nevada attorney general’s office accusing Vermillion of misusing money from her charity and the city of Henderson.

Those allegations went public Jan. 19, the same day Vermillion filed a lawsuit against Sisolak accusing him of leaking confidential medical information. That information included a positive test for the drug methadone, which is used to treat heroin addiction. Vermillion, who took the drug test for the charity’s board of directors, blamed the positive test on a pill she got from Sisolak’s sister.

The lawsuit also accused Sisolak of having an improper relationship with her 15-year-old daughter.

A few days after the lawsuit was filed, Sisolak met with Vermillion’s lawyer and public relations handler. They called it a settlement conference. He called it extortion.

Las Vegas police were investigating, though Vermillion dropped her lawsuit three weeks later. She said she worried it would threaten a $214,000 county grant for the charity.

The charity’s board of directors fired Vermillion Jan. 26, about the same time the FBI joined the attorney general’s investigation into whether she misused funds.

A week later she was rushed to the hospital after an apparent overdose on prescription pills and alcohol.

One observer called it a “Shakespearean tragedy.”

Tiffany called it a “travesty.”

Tiffany said she didn’t believe Vermillion stole from the charity. She cared about it too much, and she never had the fancy cars, clothes or jewelry one might expect to see from someone stealing money, she said.

“She’s got a big heart, she’s really compassionate, and she’s done a lot of good for this community,” Tiffany said.

Others said they don’t know whether the allegations are true or false, but they said recent events shouldn’t cloud the positive things Vermillion did for hundreds of homeless kids in Southern Nevada.

Vermillion maintains her innocence and has “no doubt” the criminal investigations will clear her of any wrongdoing.

Vermillion is also dealing with her own demons.

Overwhelmed by the demands of her life, she had been regularly mixing the anti-anxiety drug Xanax and alcohol. That helped her deal with the stress of her “toxic” relationship with Sisolak, working 60-hour weeks and helping homeless youngsters in crisis at all hours of the day and night.

“I didn’t make the healthiest choices,” she said. “It has been going on for quite some time.”

The tipping point came with her overdose earlier this month, which Vermillion insisted was not a suicide attempt but rather an “unintended consequence.”

A week later, singer Whitney Houston died, and many have speculated that prescription drugs were involved.

“It was really my wake-up call,” Vermillion said. “I’m glad it wasn’t me.”

After spending about a week in the hospital, Vermillion took a weeklong trip to Alaska with relatives. During that trip she saw the people around her leading their normal lives and spending quality family time together. It’s that kind of normal life that she now craves, she said.

She is focused on rebuilding her relationships with her teenage son and daughter and going to therapy for her substance abuse.

She doesn’t know what her future holds. While she had talked about leaving the state and starting over, she now plans to stay in Southern Nevada until her daughter finishes high school in two years.

She said she will work hard no matter what she does, even if it’s a minimum wage job.

Some who know her believe the same passion and drive that carried her from a friend’s couch to the heights of her now-lost career will help her overcome her sudden downfall.

“You can’t discount all the good things she did because she’s had a difficult time” recently, said Rogich, who added that he “certainly wouldn’t turn my back on her” if she came to him for help.

Casaleggio said Vermillion’s legacy will live on with the Nevada Partnership for Homeless Youth.

Over the years she built a strong foundation and framework for the organization, which will allow it to survive even without the woman who served as its public face for so long.

“That means it wasn’t all about her,” he said. “It was about the kids.”