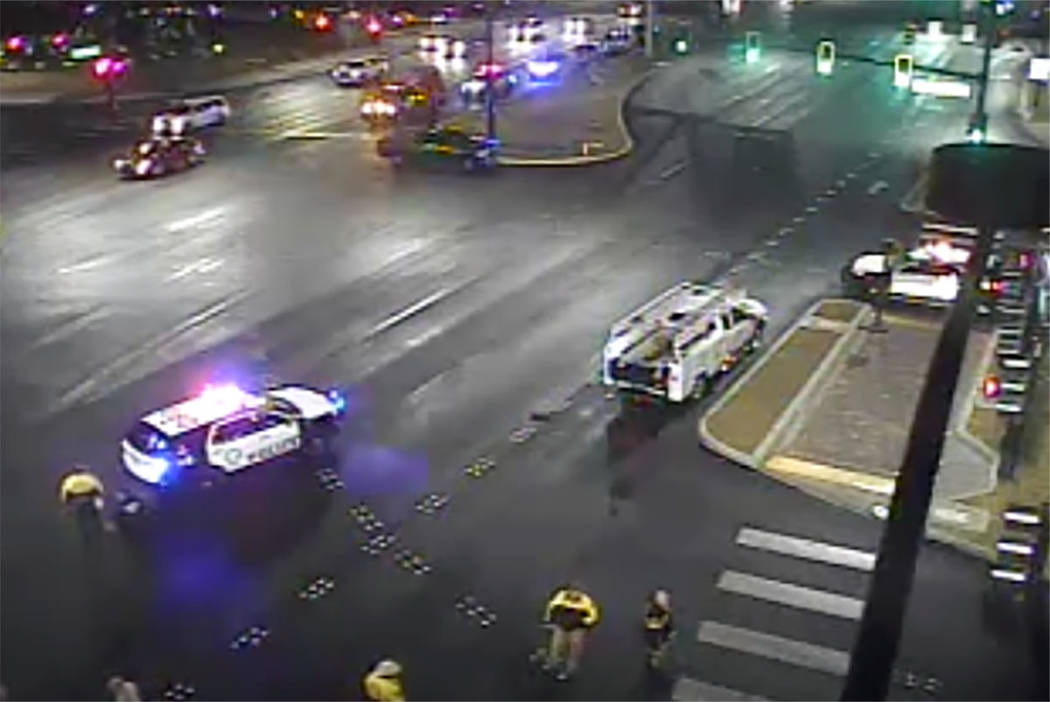 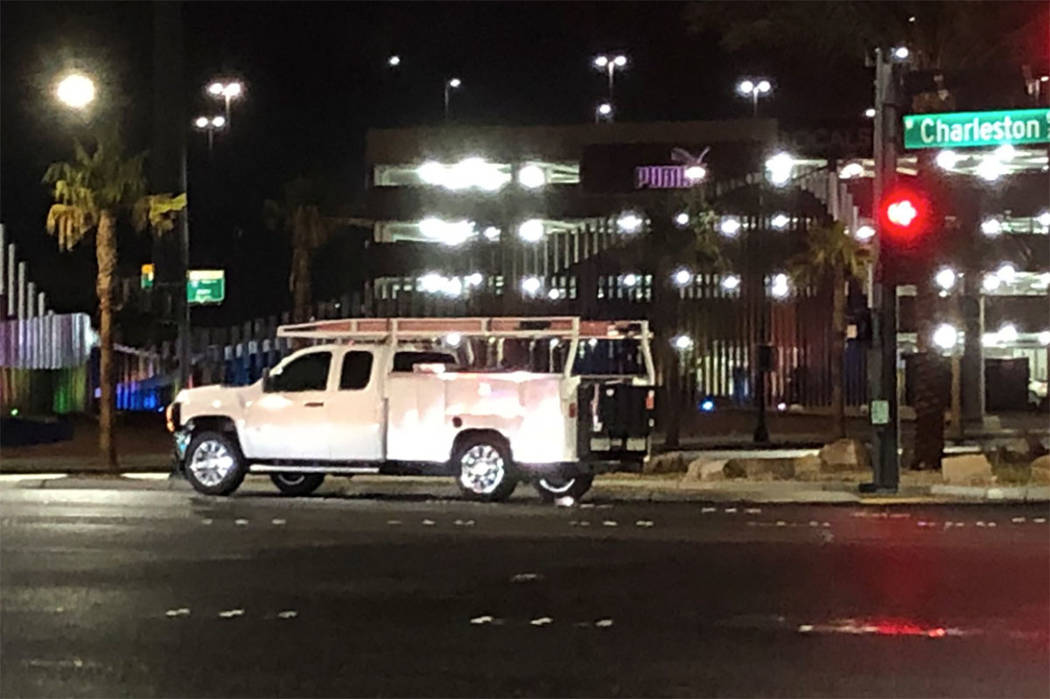 A 21-year-old pedestrian died after she was hit by a taxi in a downtown Las Vegas intersection Saturday night, police said.

The fatal crash occurred at 4:50 p.m. in the intersection of Charleston Boulevard and Grand Central Parkway, Las Vegas police said.

Metropolitan Police Department Sgt. Robert Stauffer said the preliminary investigation indicated the woman was walking east across Charleston inside a crosswalk as a 2012 Chevrolet Silverado truck began to cross westbound Charleston. At that time, a taxi heading north on Grand Central, ran a red light and collided with the truck, which sent the cab, a 2018 Toyota Prius, spinning and caused it to strike the pedestrian, Stauffer said.

Witnesses told police both the truck and the pedestrian had the right of way, he said.

The Prius driver, 30-year-old Kerihun Lakew of Las Vegas, stayed at the scene. Neither the Prius driver nor the Silverado driver was impaired at the time of the crash, Stauffer said. Nobody had been charged or cited in the crash as of Saturday night.

Stauffer said authorities would conduct a “lengthy” investigation to determine the cause of the crash. If the taxi driver is found at fault for the woman’s death, that person could face charges, including vehicular manslaughter, Stauffer said.

At Grand Central & Charleston. A pedestrian was struck and killed a little over an hour ago. https://t.co/q1hAODhZCb pic.twitter.com/xN229263By

The woman was pronounced dead by medical staff at University Medical Center, just blocks away from the scene. Her identity will be released after her family has been notified.

Her death marks the 19th traffic­-related fatality investigated in Metro’s jurisdiction this year.

Investigators on scene. We are told there will be a media briefing since a person died from the crash. pic.twitter.com/2dBYGlO8Fk

This truck has damage to the front of it. And sits in the middle of Charleston. pic.twitter.com/ose7PIipPD