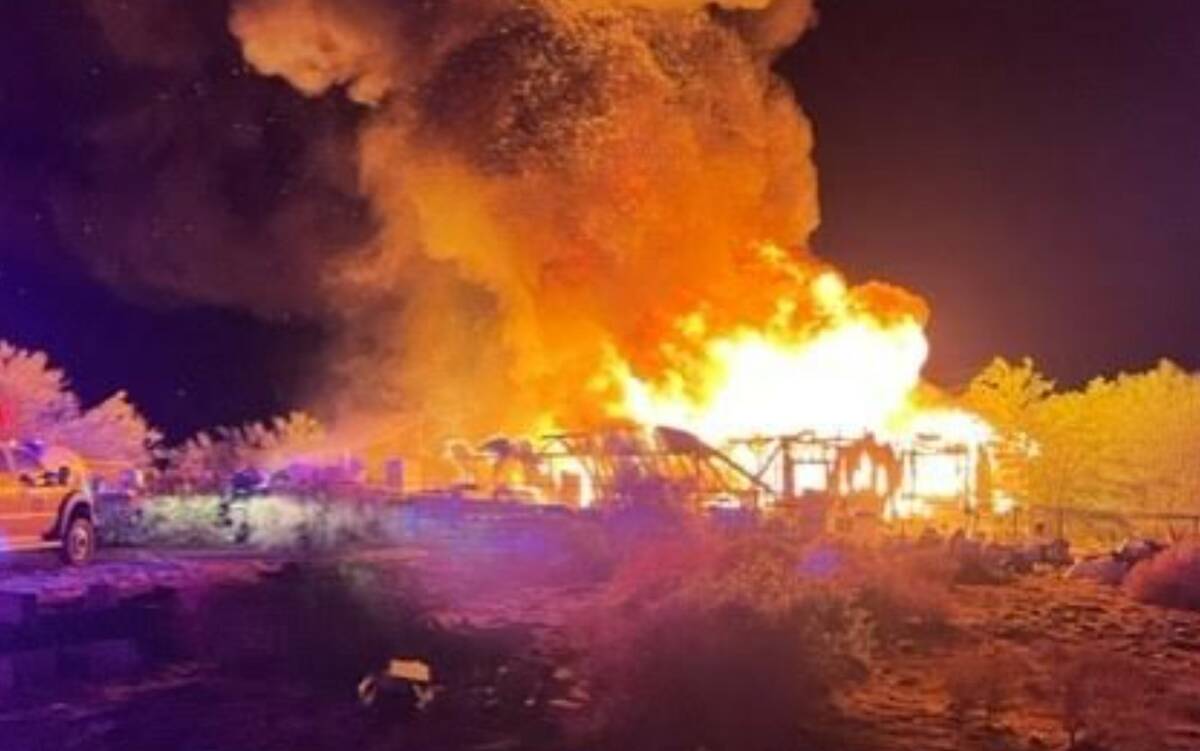 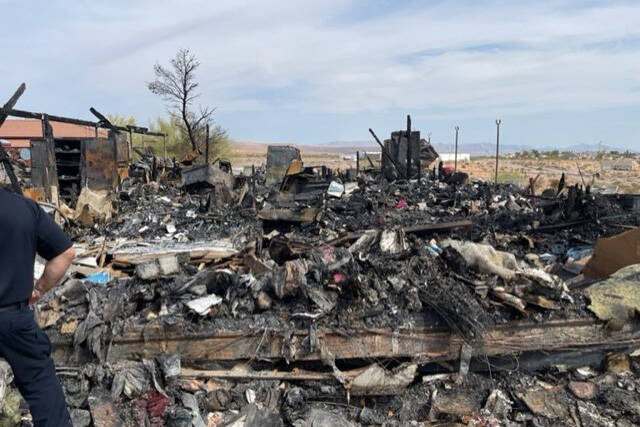 One person was found dead Monday after weekend fire in Logandale, the Moapa Valley Fire District said in a news release.

Because of the way the fire was burning, firefighters had to fight it from the exterior, despite a report that the homeowner might be inside.

On Monday afternoon, firefighters returned with Metropolitan Police Department officers to search the home and found a body inside.

The Clark County coroner’s office is expected to identify the victim once relatives have been notified.