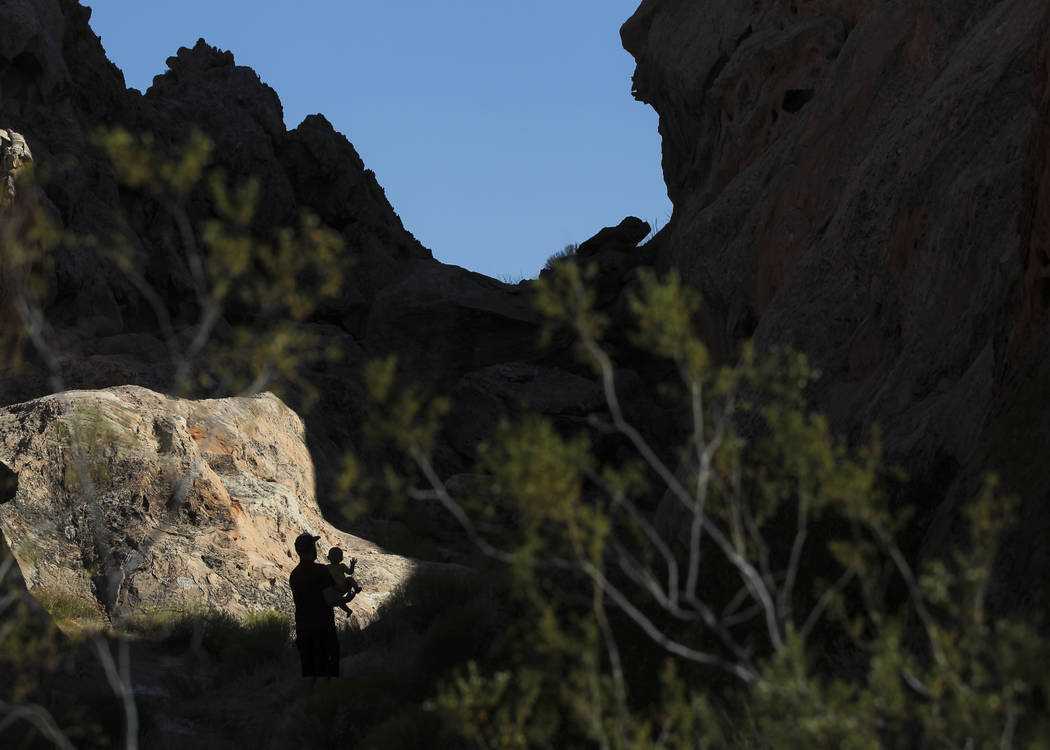 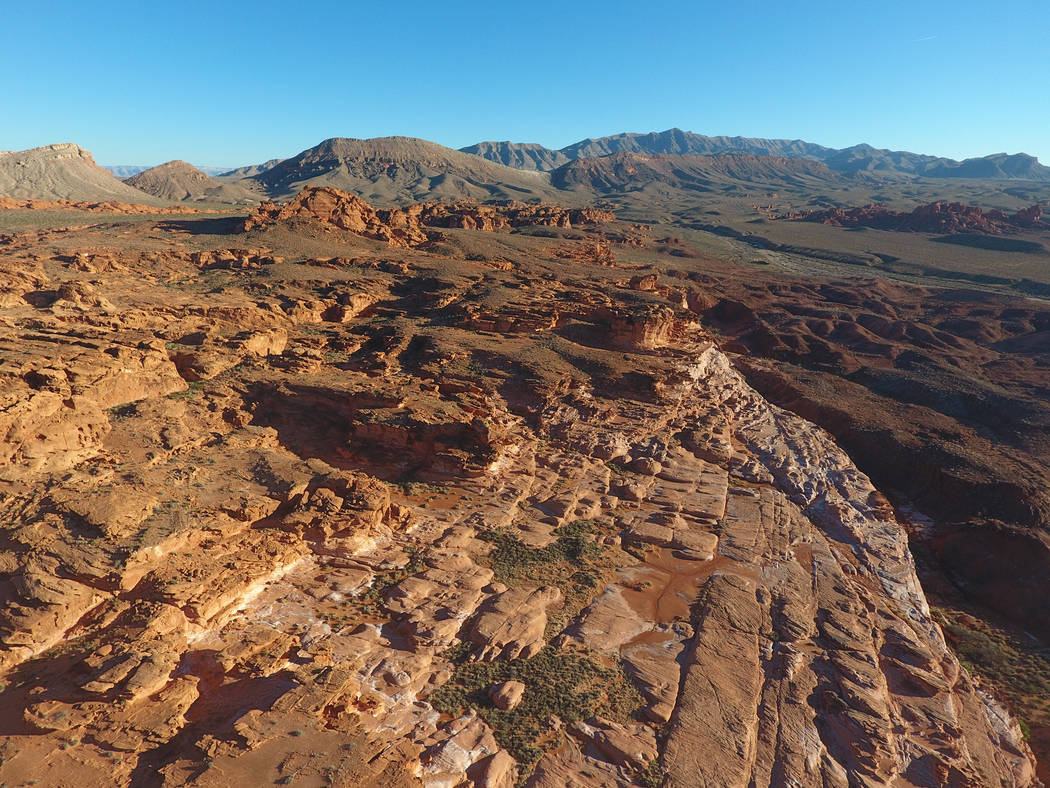 An aerial view of Little Finland in Gold Butte National Monument, a plateau of red sandstone that has been shaped by the elements into curious and fascinating forms. (Michael Quine/Las Vegas Review-Journal) 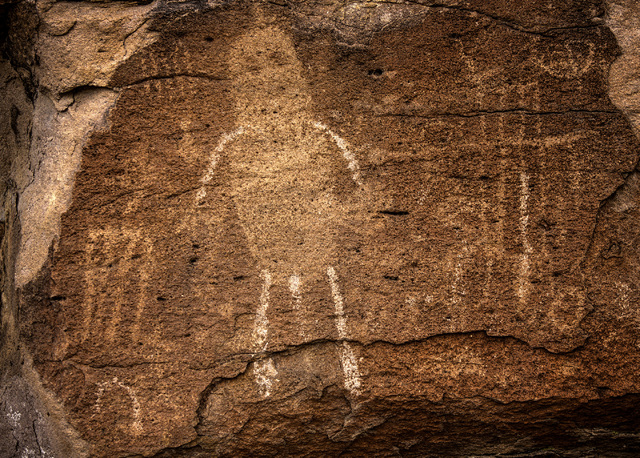 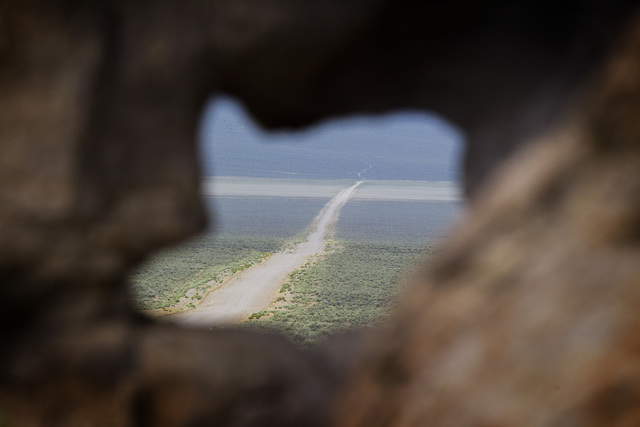 A barren road shot through a rock outcropping is seen Wednesday, May 20, 2015, in Garden Valley, over a three-hour drive north of Las Vegas. (Jeff Scheid/Las Vegas Review-Journal) @jlscheid

More than 1.1 million public comments have poured in so far on the Trump administration’s review and possible rollback of national monuments in Nevada and elsewhere.

Conservationists in the Silver State hope to push that number even higher in the closing days of the comment period.

The Department of Interior will accept public input through Monday as part of its review of 22 national monuments created or expanded by presidential decree since Jan. 1, 1996.

President Donald Trump has given Interior Secretary Ryan Zinke until Aug. 24 to recommend possible action to scale back or eliminate any monuments deemed too large or too restrictive to public access or economic development. Five marine national monuments in the Atlantic and Pacific oceans are also under review in a separate but related process for which public comment deadline is July 26.

The Nevada Conservation League and the Washington, D.C.-based League of Conservation Voters have partnered on a $75,000 ad blitz encouraging opposition to the review and targeting one of its vocal supporters: Sen. Dean Heller, R-Nev.

Heller has called the review a welcome step back from what he called the Obama administration’s “failed Washington-knows-best approach” to land management.

Nevada Conservation League Executive Director Andy Maggi said the senator is gambling with the future of the nation’s parks and public lands by “putting corporate polluters ahead of protecting Nevada’s heritage and investing in our growing outdoor recreation economy.” 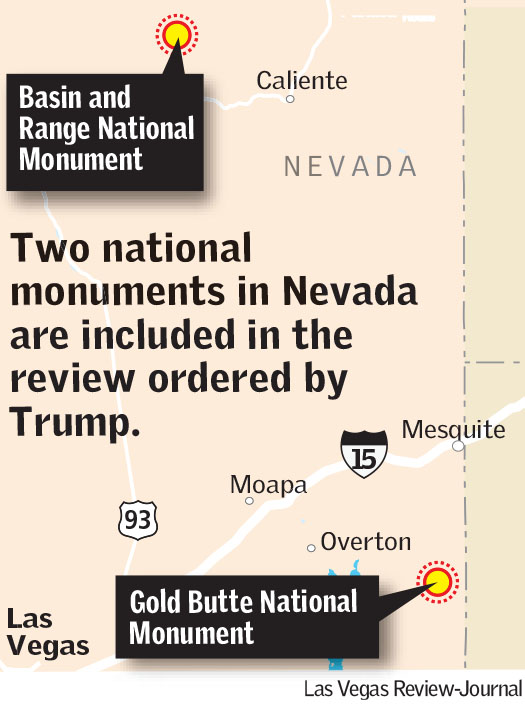 Zinke has promised to tour the two Nevada monuments later this month before making any recommendations on their future.

The only site he has weighed in on so far is Bears Ears National Monument in Utah. In an interim report to the president in June, Zinke called for that Obama-era monument to be reduced in size — or “right-sized,” as he put it — and co-managed by American Indian tribes in the area.

“There is no doubt that it is drop-dead gorgeous country and that it merits some degree of protection, but designating a monument that — including state land — encompasses almost 1.5 million acres where multiple-use management is hindered or prohibited is not the best use of the land and is not in accordance with the intention of the Antiquities Act,” Zinke said in a written statement.

Though a number of the specific monuments have drawn some local opposition, there has been no major organized campaign to rally the public in favor of reducing or eliminating the ones targeted for review by the Trump administration.

The vast majority of public input on the review so far appears to favor the monument designations. An analysis conducted early in the process by the Denver-based conservation group Center for Western Priorities showed 96 percent of the comments supported the preservation of Bears Ears and the other monuments at their current size.