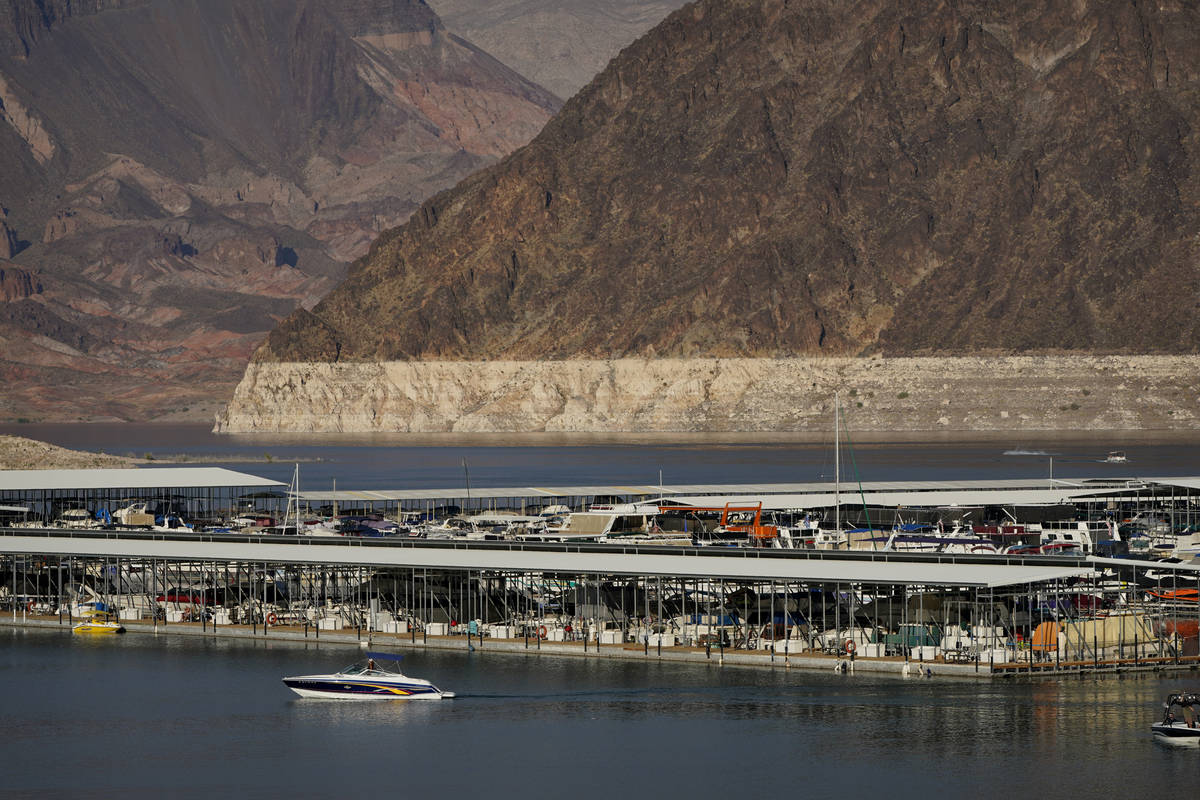 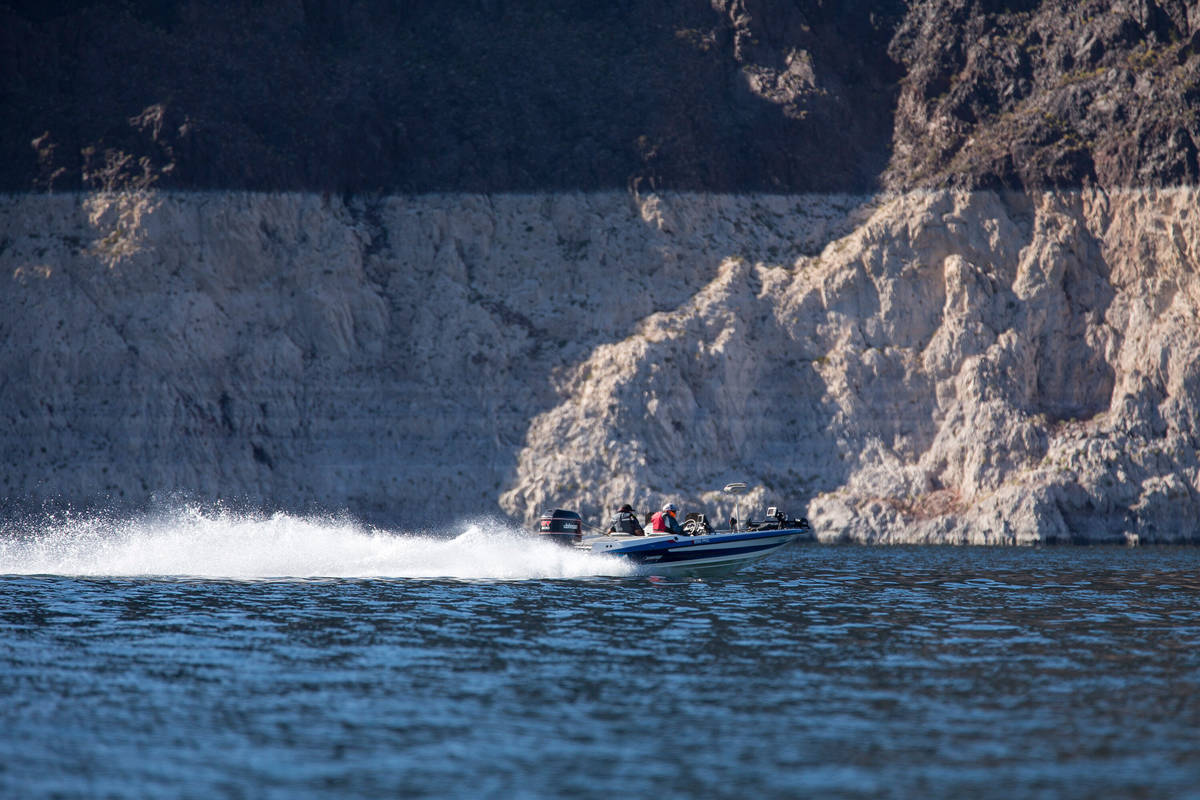 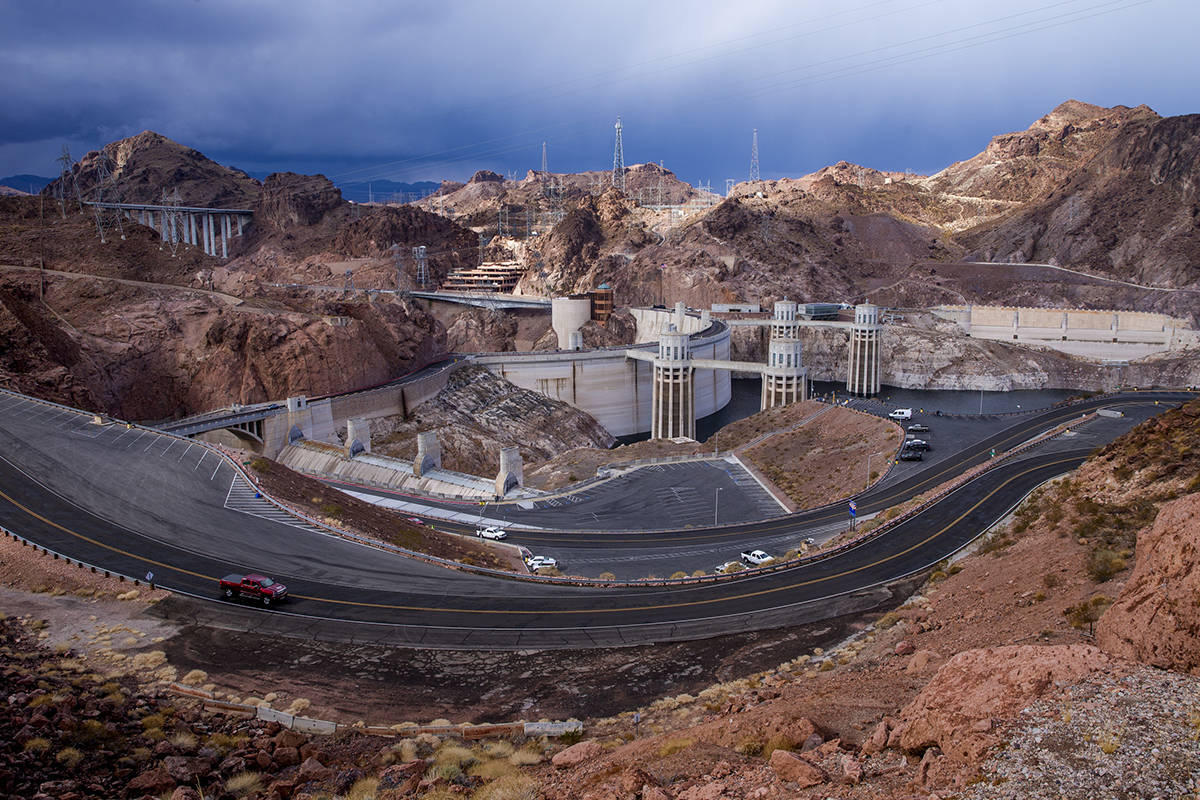 Current water levels on Lake Mead for the upcoming accumulation projections can be seen well from the top of the Hoover Dam on Friday, Jan. 29, 2021, in Las Vegas. (L.E. Baskow/Las Vegas Review-Journal) @Left_Eye_Images 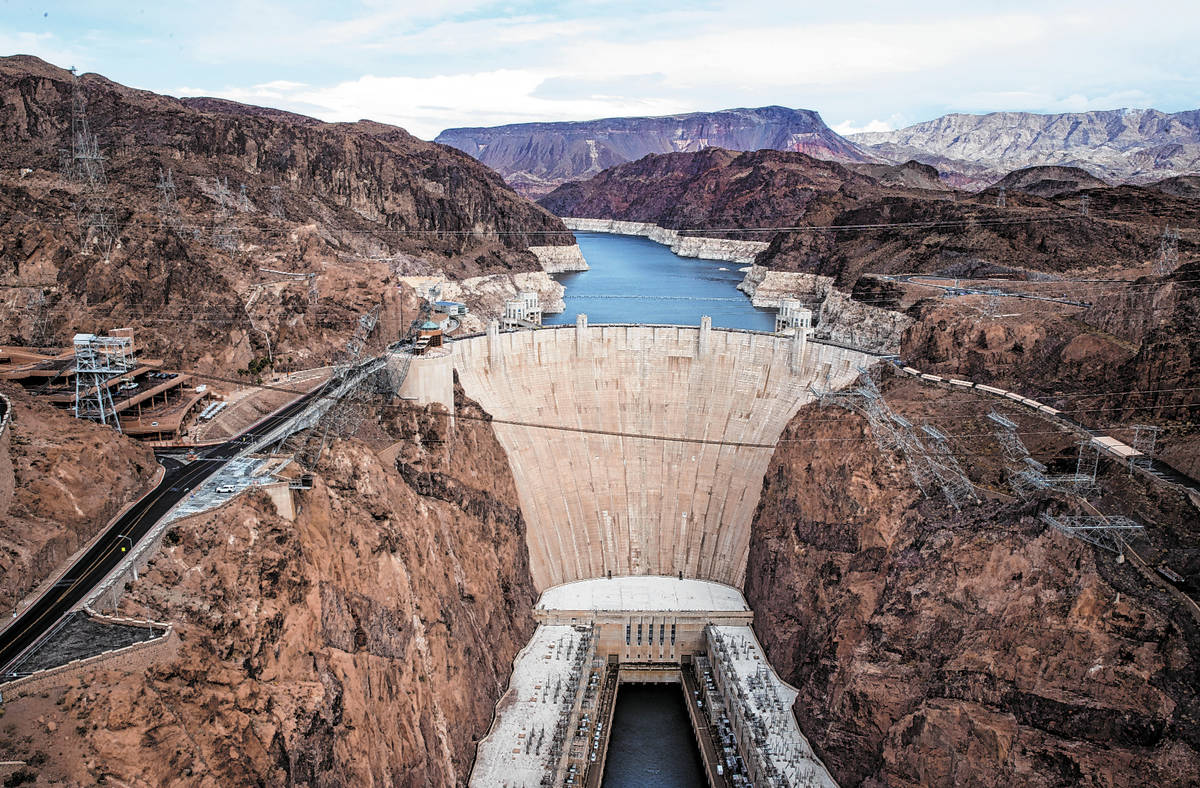 Projections released by the U.S. Bureau of Reclamation last week show Lake Mead’s elevation at the end of this year reaching 1,067 feet, a level that would trigger a shortage declaration. The projection was based on the most probable inflow.

Bureau of Reclamation spokeswoman Patti Aaron said officials have worked for years to ensure reliable water and power, so the projections are not cause for immediate concern. But that doesn’t mean the region’s water challenges should be ignored.

“We’re in the 22nd year of drought, it’s important to pay attention to conservation,” Aaron said. “And everyone needs to contribute to doing the best we can to save water.”

If Bureau of Reclamation projections in August show the lake level below 1,075 feet at the beginning of next year, a shortage will be declared. That means Nevada’s allocation of water from the Colorado River would be reduced from from 300,000 acre feet to 287,000 acre feet.

One acre-foot of water is about what two Las Vegas Valley homes use over a 16-month period.

An allocation cut from a federally declared shortage would be in addition to an 8,000 acre-foot contribution Nevada agreed to in 2019 if the lake level dropped below 1,090 feet, as it has.

Last year, Southern Nevada used about 250,000 acre feet of water, still well below what the region’s allocation would be with contributions from the 2019 agreement and cuts from a federally declared shortage factored in.

Officials project inflow into Lake Powell to be 45 percent of average, according to the Colorado Basin River Forecast Center.

This water year, precipitation has been 77 percent of average, according to the center. The water year runs from October to September.

Soils parched by hot, dry conditions act like a sponge and soak up runoff before it can flow into the river.

And the warmer the atmosphere gets, the more water it can suspend in it, said Colby Pellegrino, deputy general manager of resources for the Southern Nevada Water Authority.

As of Monday, Lake Mead’s water level was at about 1,082 feet, leaving the reservoir at just under 40 percent capacity.

The effects of the shrinking lake could be visible as early as next month. The National Park Service said last week that boat launch areas could be affected by declining water levels as soon as late May.

The harsh conditions that harm the river and lead to decreased Lake Mead water levels aren’t surprising to the water authority.

“We’ve been preparing for this for decades,” Pellegrino said.

She said the water authority has 2.1 million acre feet of water stored, about eight times what Nevada uses from the river annually.

But conservation remains the top focus for the water authority.

This month, the water authority asked state lawmakers to take up legislation that would ban nonfunctional, decorative grass across the Las Vegas Valley by the end of 2026. Assembly Bill 356 was amended to include the proposal, which the water authority said would save about 12 billion gallons of water per year.

Officials want to increase water waste enforcement and make sure people are watering their landscaping on designated days, not overwatering and not allowing water to run off their property.

Last month, the water authority board signed off on allowing the agency to create a program that would subsidize some of the upfront cost of installing artificial turf instead of grass for large sports fields, Pellegrino said. Participation in the program would be voluntary, she said.

Officials are also looking at alternatives to evaporative cooling to cut back on water use, Pellegrino said.

To increase Southern Nevada’s supply of water, officials are looking at partnering with other river users, such as the Metropolitan Water District of Southern California.

“We continue to work with our partners on the river on looking at new supplies, and I think we have some really promising partnerships there,” Pellegrino said. “But for the time being, it’s making sure we use the water that we have as wisely as we can.”