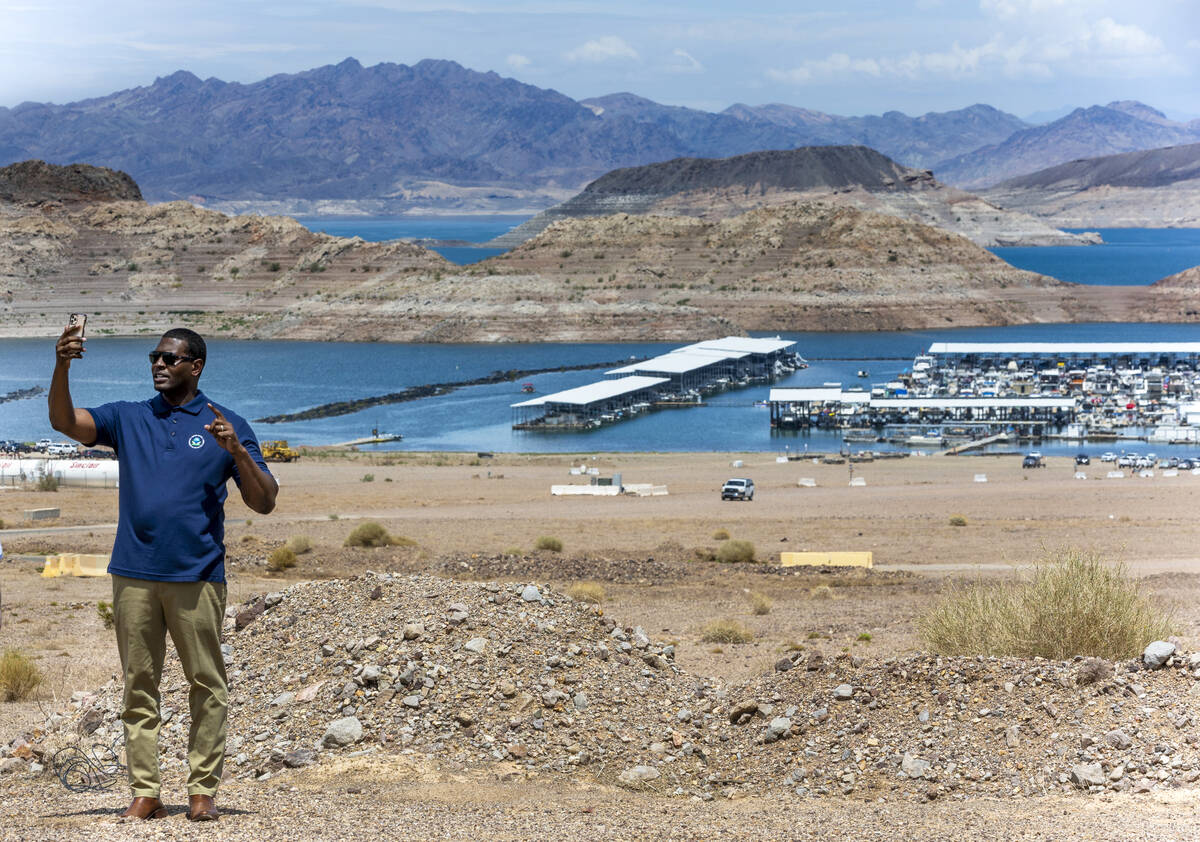 The wettest Las Vegas Valley monsoon season in a decade likely isn’t the only reason behind it, but Lake Mead has risen more than 18 inches during recent area rainfall.

On July 27, about the time rainfall became a nearly daily event in the area, the lake elevation was 1,040.71 feet — which is also the low point for the lake so far this year.

Rainfall that doesn’t soak into the ground usually finds its way through the Las Vegas Wash to the lake, Southern Nevada Water Authority spokesman Bronson Mack said after the first summer storm in late July.

The rise of 1.69 feet is also the only rise during the summer in at least three years. During summer months the lake level typically declines a foot or two before rising slightly as fall approaches.

Winter snowpack on the western slope of the Rocky Mountains is, of course, the biggest factor in the amount of water that flows into Lake Powell and Lake Mead.

Bureau of Reclamation projections have indicated the lake level at Hoover Dam will decline at least 20 feet by the end of the year.

Lake Mead is the source of 90 percent of Southern Nevada’s drinking water, the other 10 percent coming from groundwater.

The nation’s largest reservoir, has fallen about 170 feet since the drought began in 2000 and sits at 27 percent capacity, according to the Bureau of Reclamation.

Entities across seven states and Mexico that use water from the Colorado River Basin are supposed to come up with a plan to reduce water use of 2 million to 4 million acre-feet by Tuesday.

Discussions among top water managers in the seven states and Mexico have not even come close to a plan to make such drastic cuts, says the head of the Southern Nevada Water Authority.

John Enstminger is not mincing words in castigating what he called “unreasonable expectations” of water managers in the other states in the face of unprecedented drought conditions.

If they can’t reach agreement, the Bureau of Reclamation has indicated that the federal government would mandate water-use reductions.

In addition, the SNWA is set to propose higher rates for its biggest water users, reductions in water budgets for valley golf courses that irrigate with Colorado River water and a ban on new water features for all customers.

A provision in the Inflation Reduction Act expected to be signed Tuesday by President Joe Biden will provide millions to buy private water rights and help municipalities with environmental restoration and conservation projects aimed at increasing water levels in the Colorado.