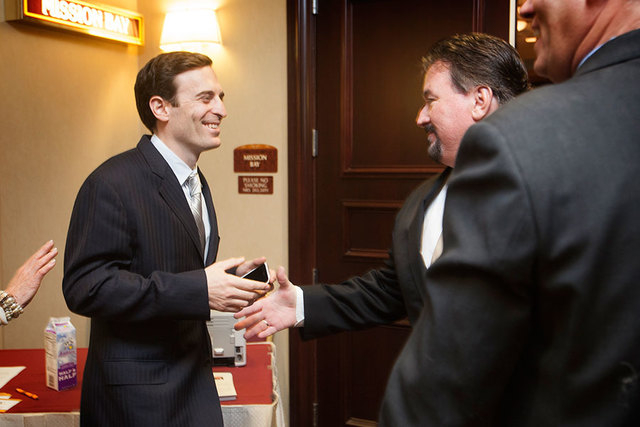 Nevada attorney general candidate Adam Laxalt’s campaign on Wednesday questioned the authenticity of a leaked 2012 document showing highly critical notes from four attorneys on his job performance at a private law firm where he worked before running for public office.

The document, titled “FY11/12 Performance Evaluation Meeting Notes,” said Laxalt needed to work on improving “the quality of your work” and on his “legal writing skills.”

The notes from the Lewis and Roca Associate Evaluation and Compensation Committee say, “He is a train wreck” because of sloppy work and a lack of “the basic skill set” needed.

Jon Ralston, who writes a political blog and hosts the television program “Ralston Reports” obtained the document and posted it on his website. He said he had authenticated the document.

But Robert Uithoven, an adviser to Laxalt’s Republican campaign, questioned whether the document was real.

“The improperly and perhaps illegally leaked document today is not an evaluation that Adam Laxalt has ever seen before, and its authenticity as an official evaluation is clearly in question,” Uithoven said in a statement. “Adam has been in touch with the firm this afternoon, and he has been told that the process of authentication is currently underway.”

“However, this document purporting to be an official evaluation was never given to Adam Laxalt,” Uithoven added.

Laxalt, a former Navy judge advocate general, began work at Lewis and Roca in 2011. In 2012, after the purported bad evaluation, Laxalt was promoted to a so-called “of counsel” position. He took a leave to run for office early this year.

Laxalt is running against Democratic Secretary of State Ross Miller, a former prosecutor for Clark County.

In a letter dated July 9 from Lewis and Roca to Laxalt, the law firm said he is welcome to return after the election.