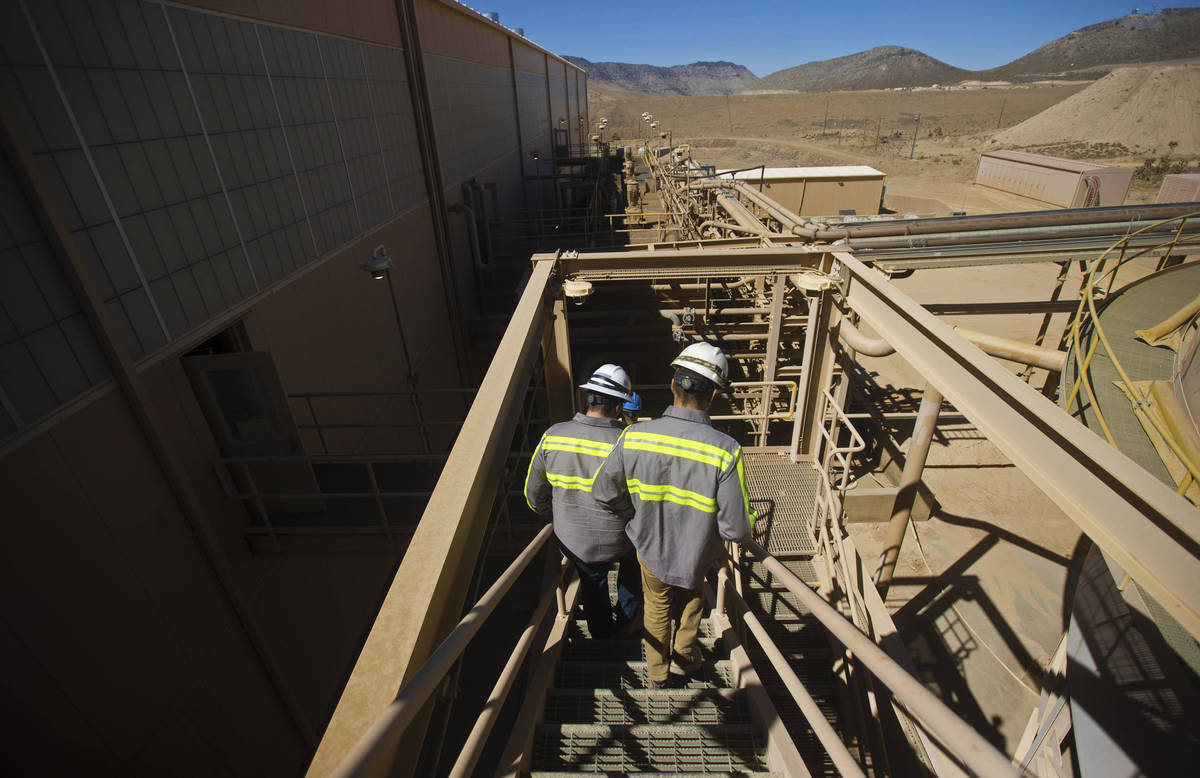 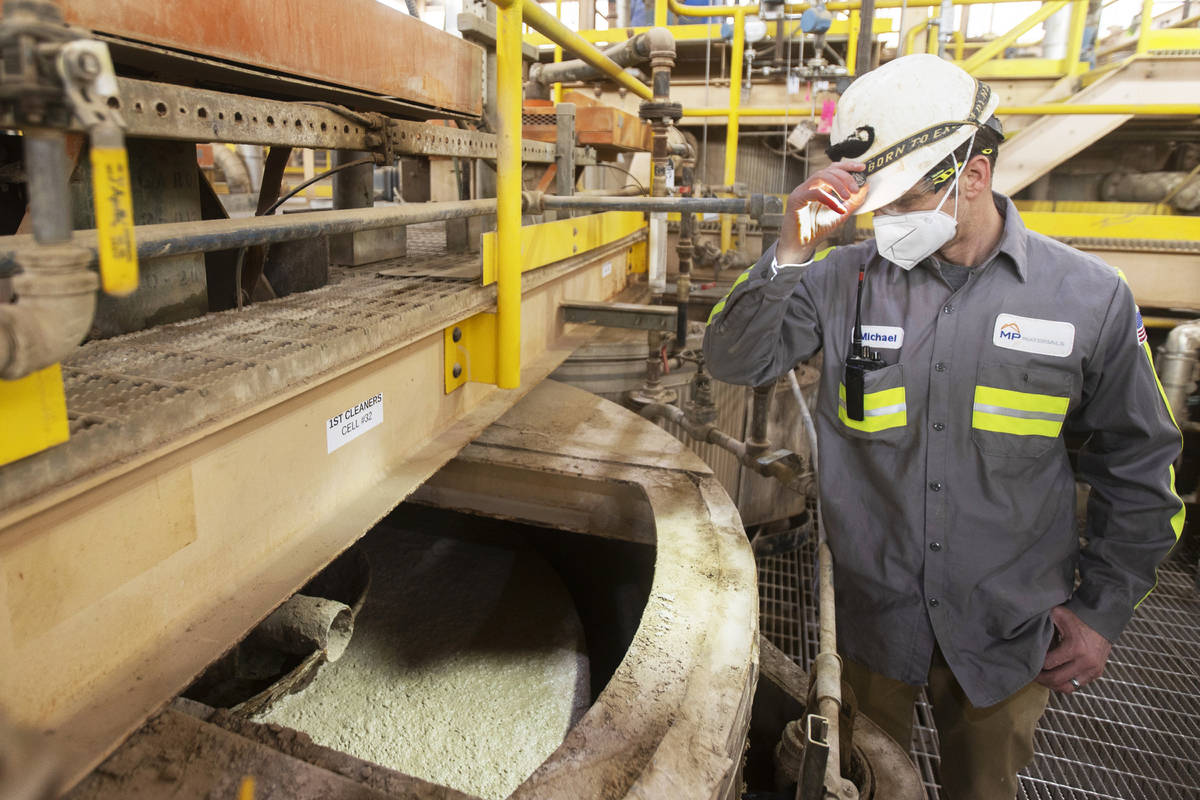 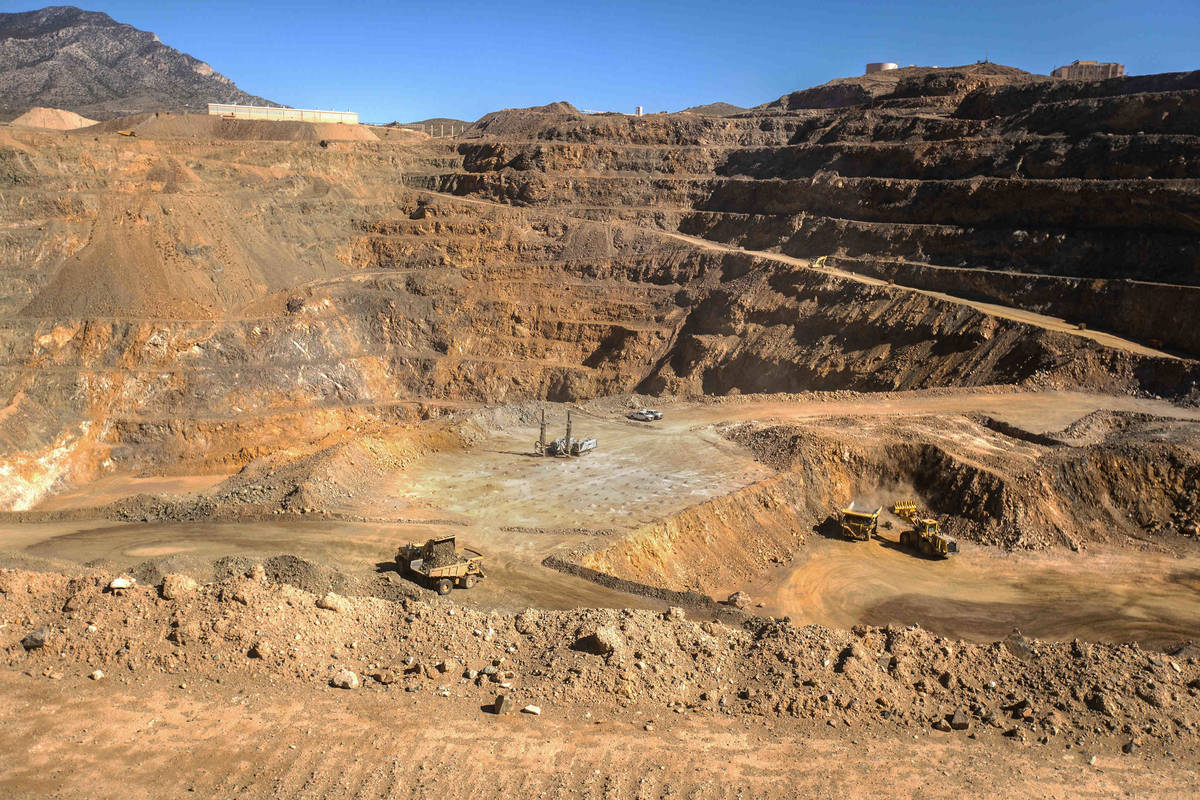 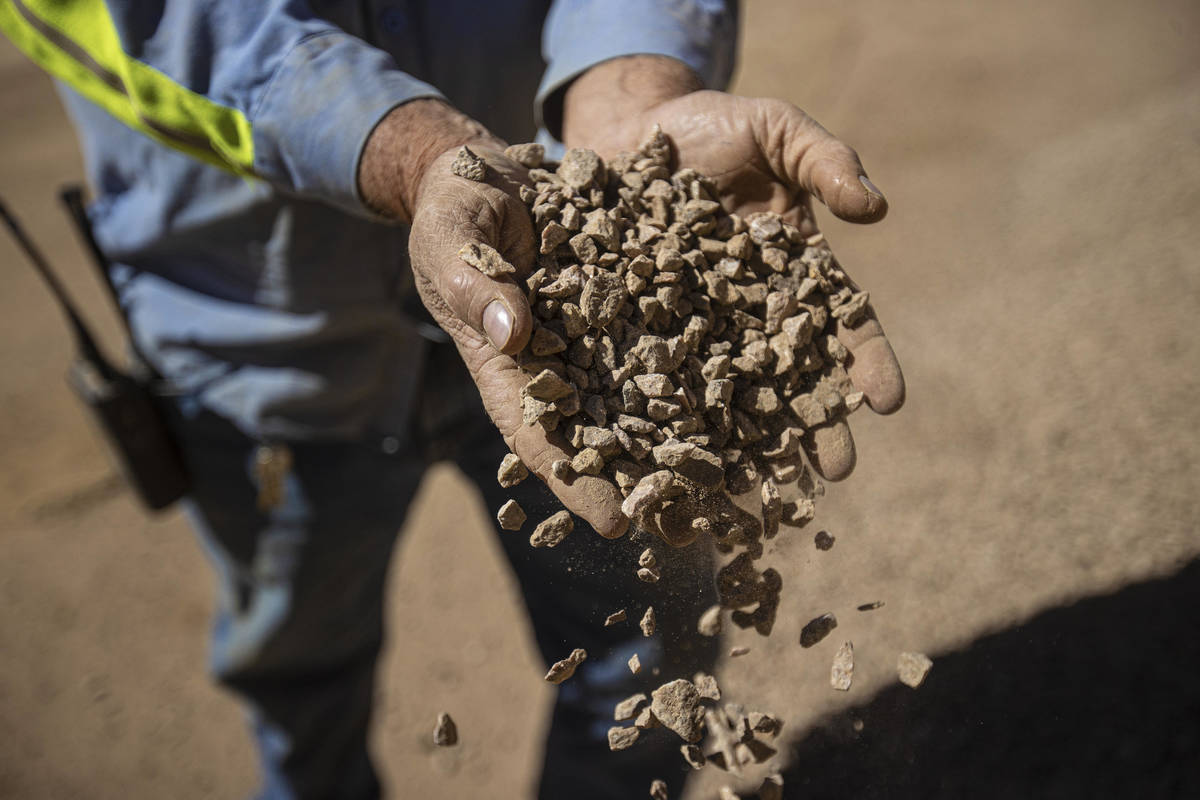 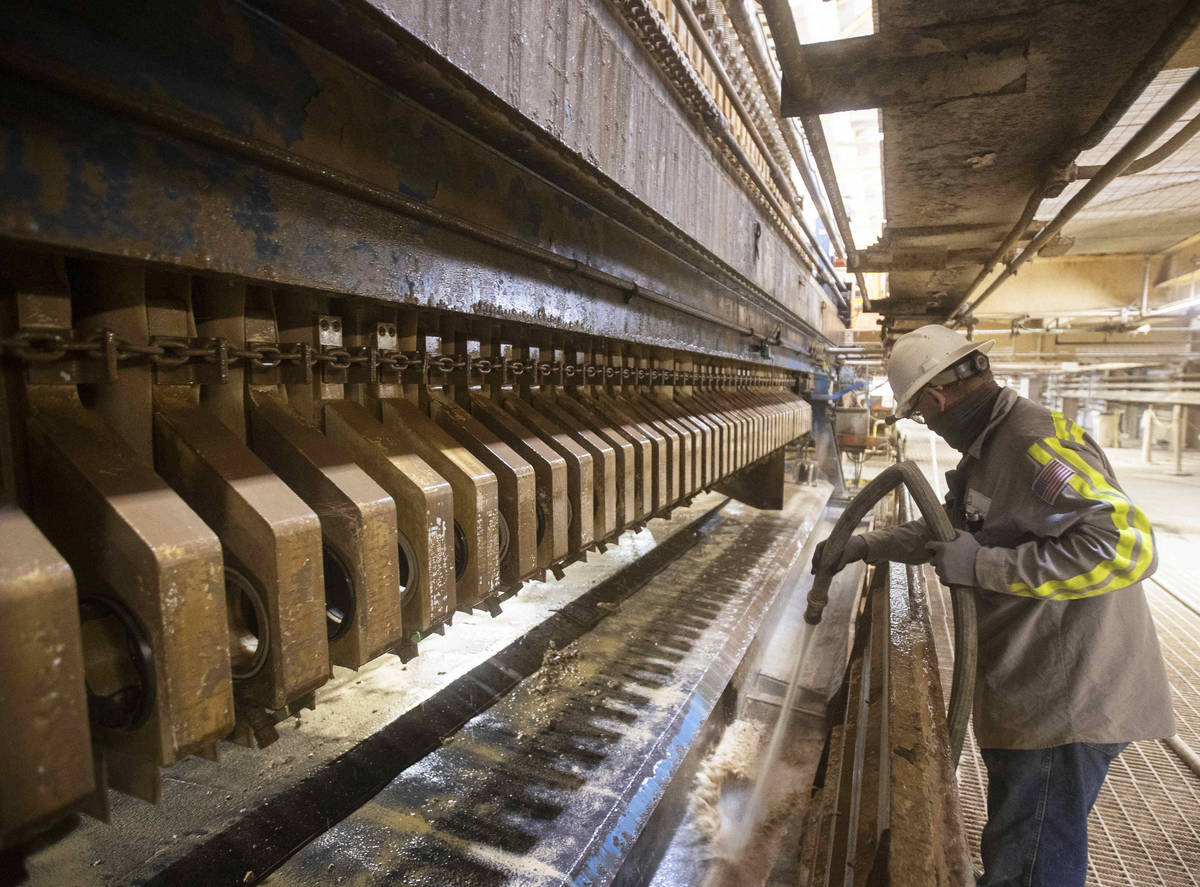 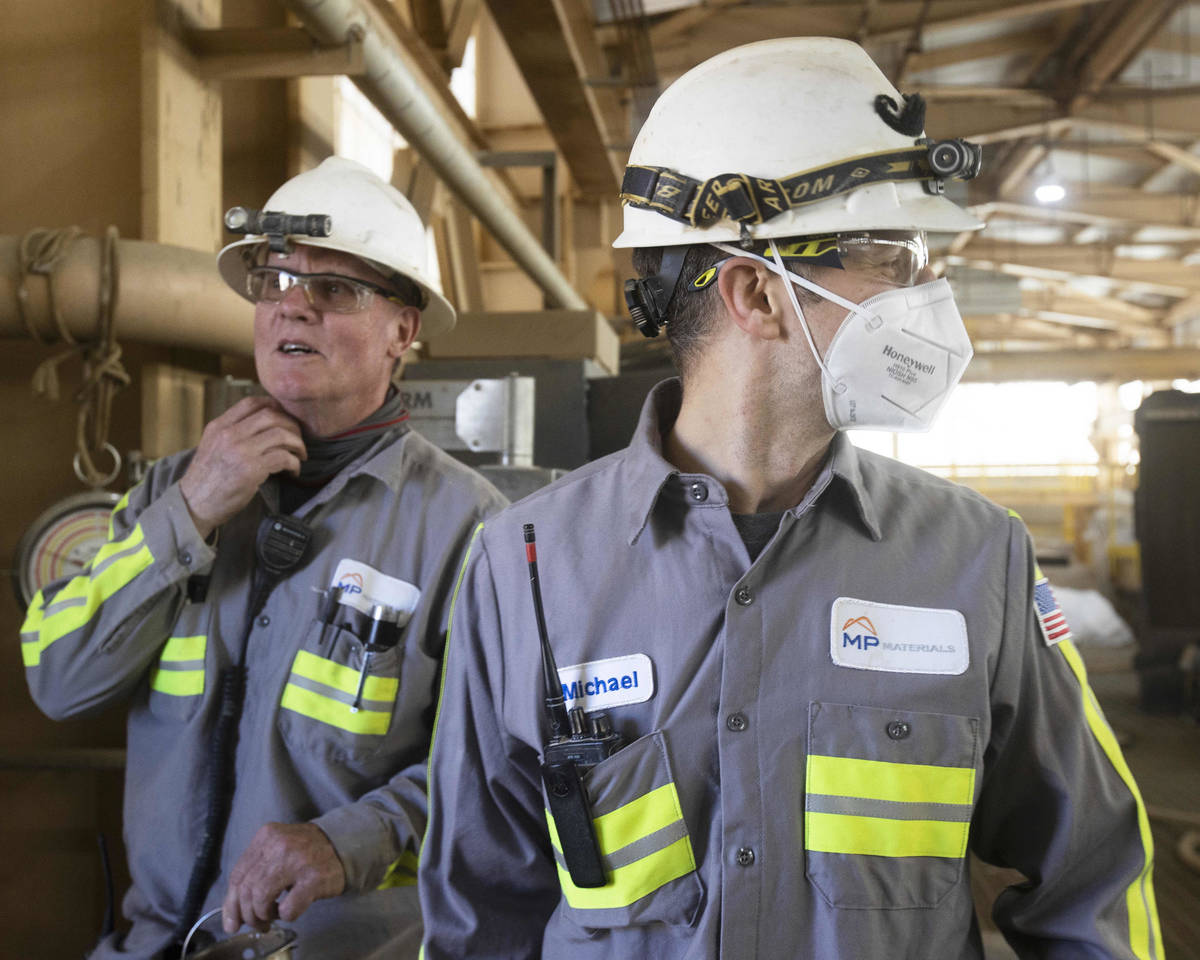 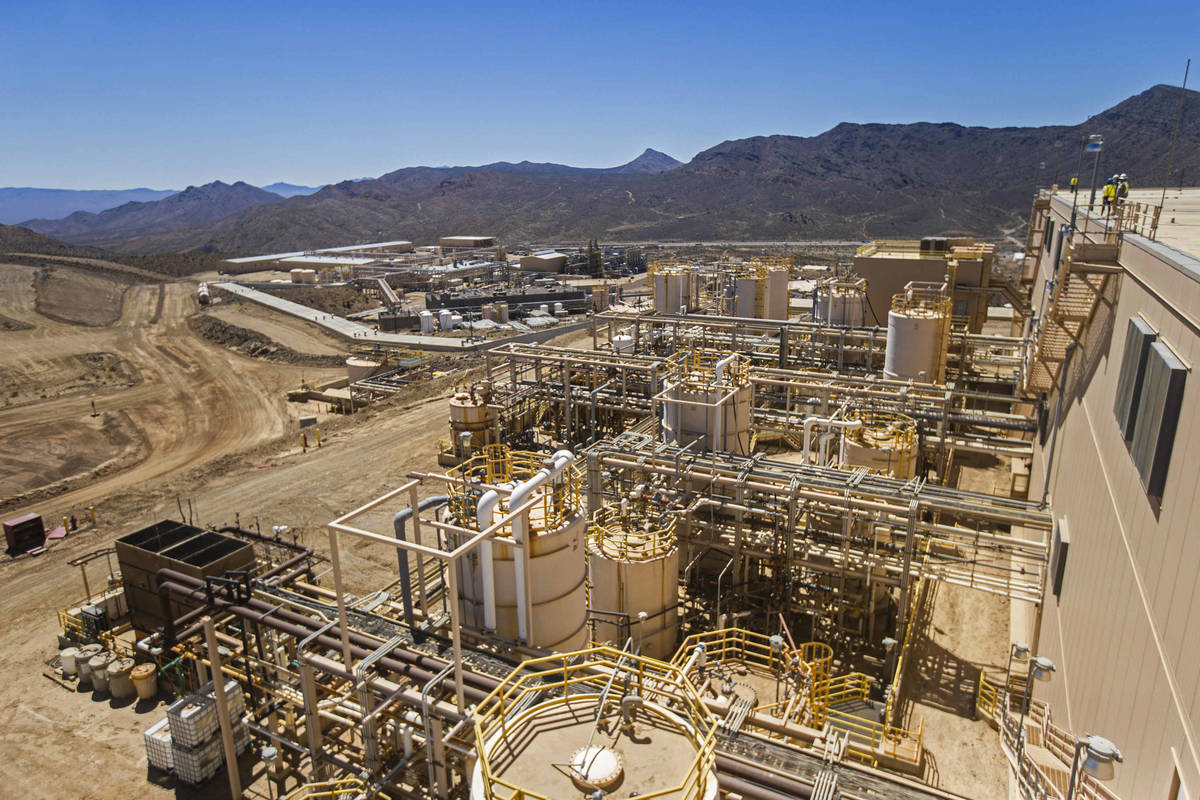 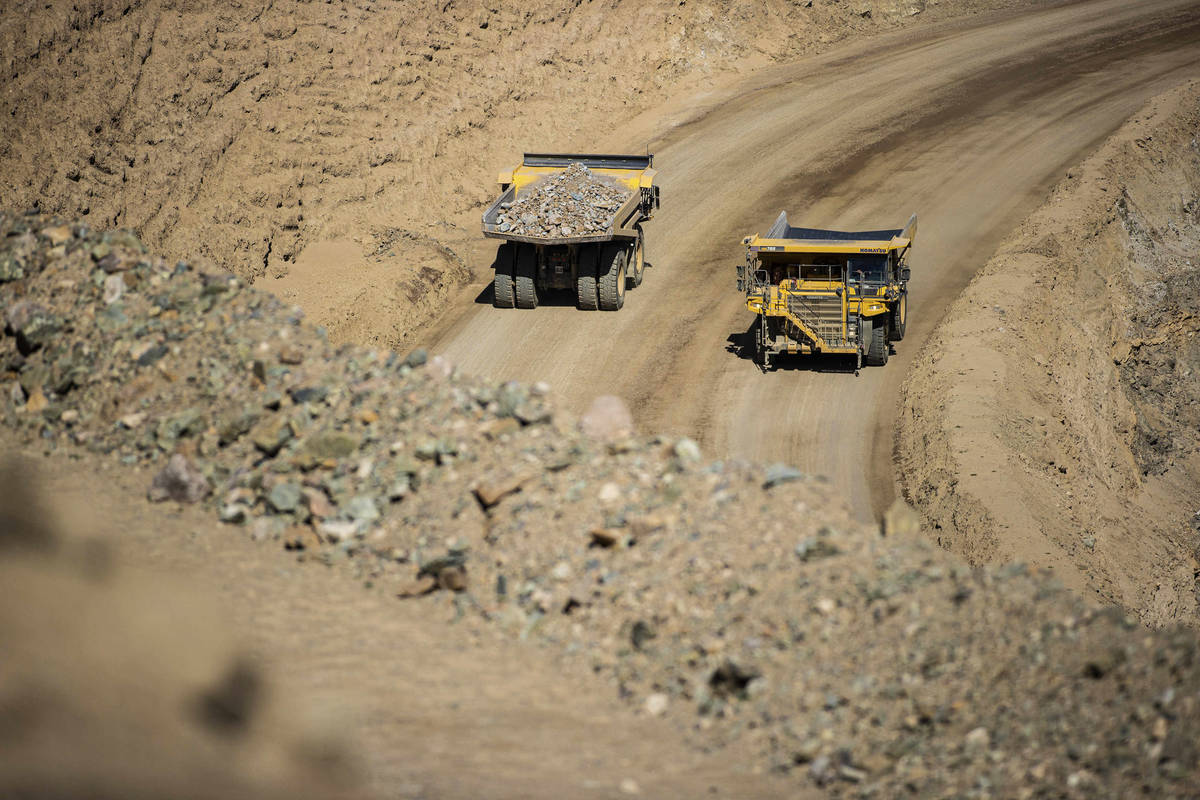 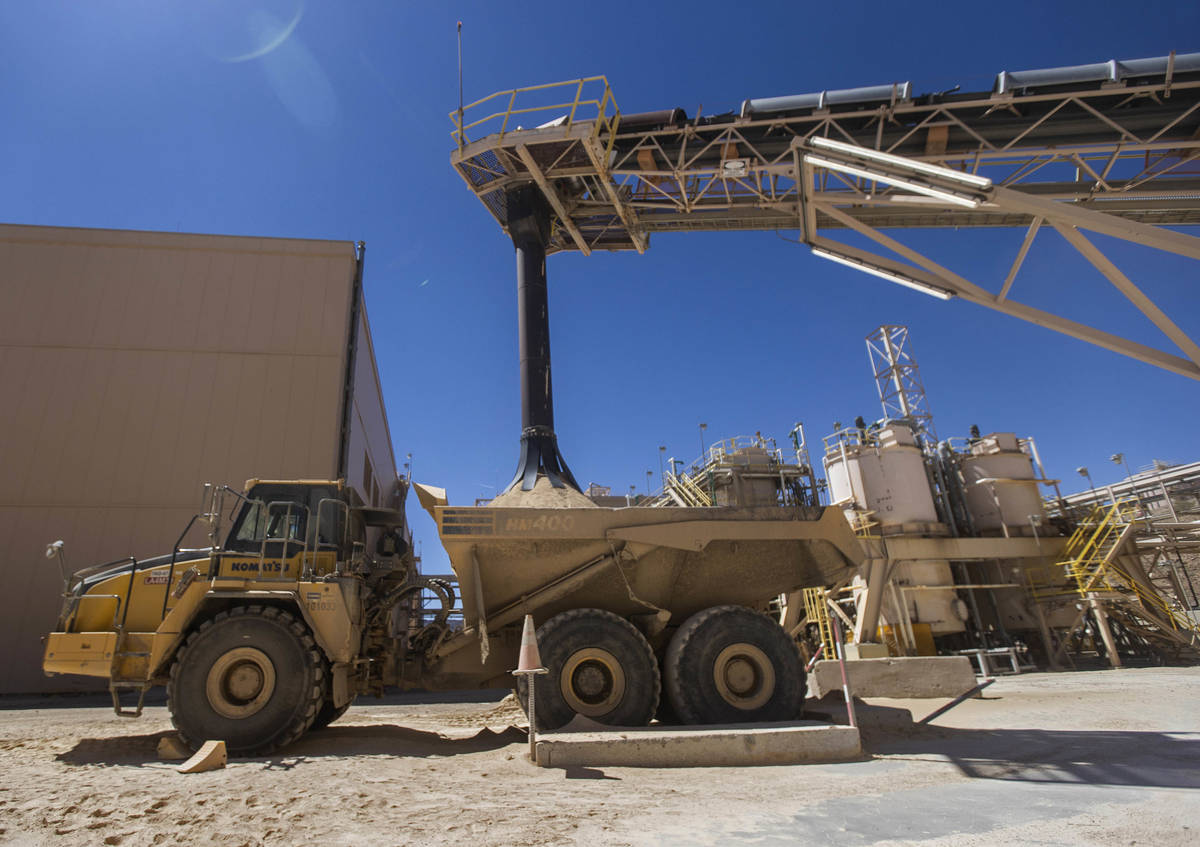 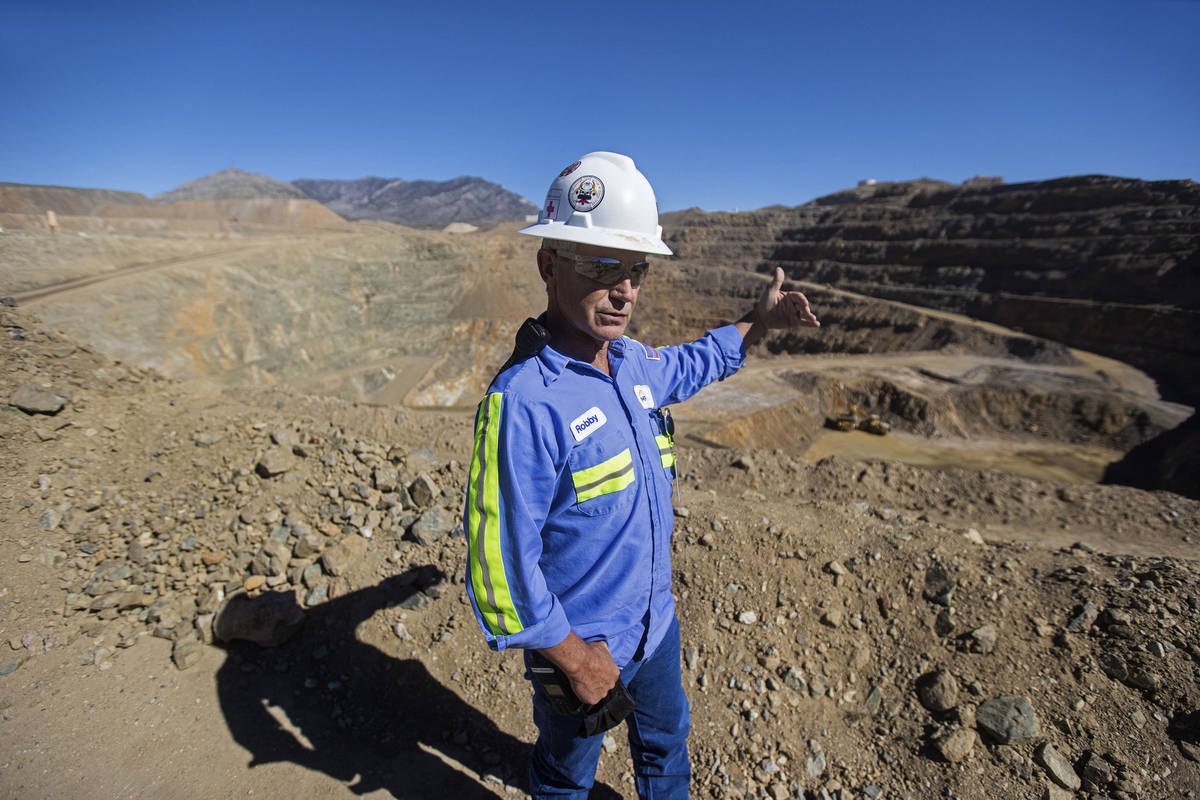 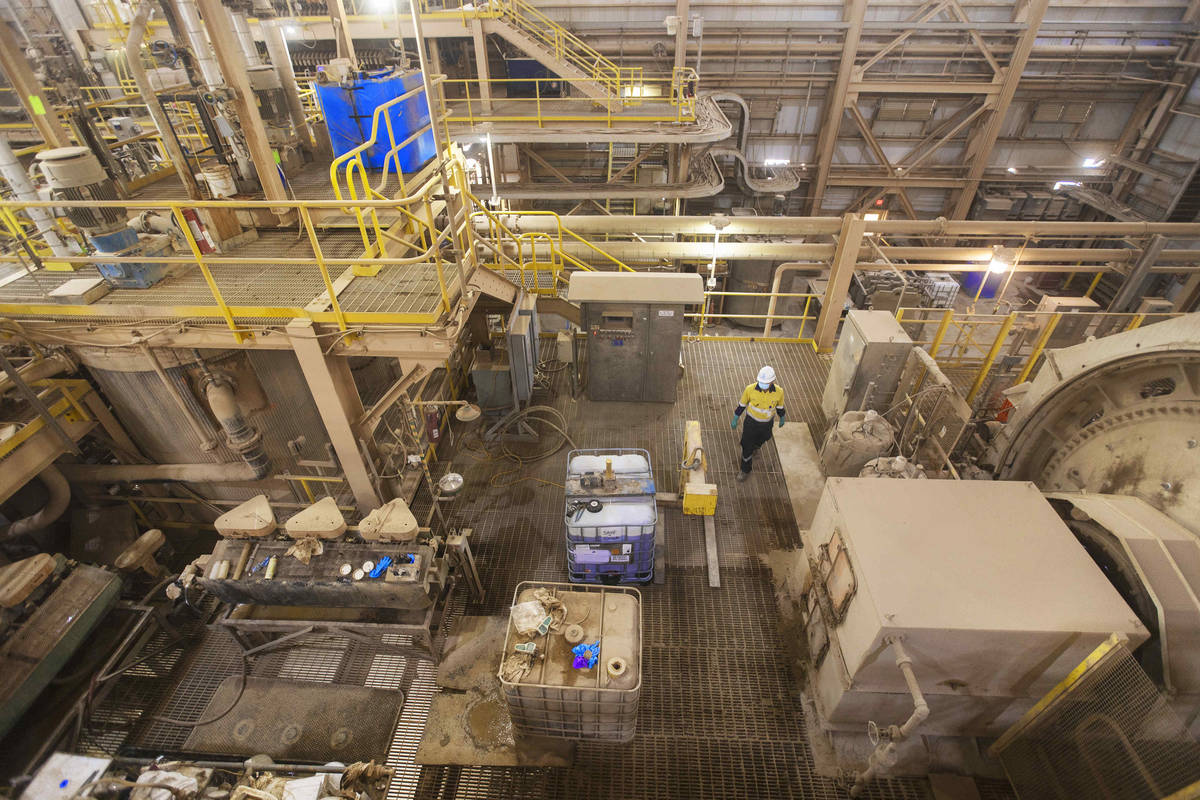 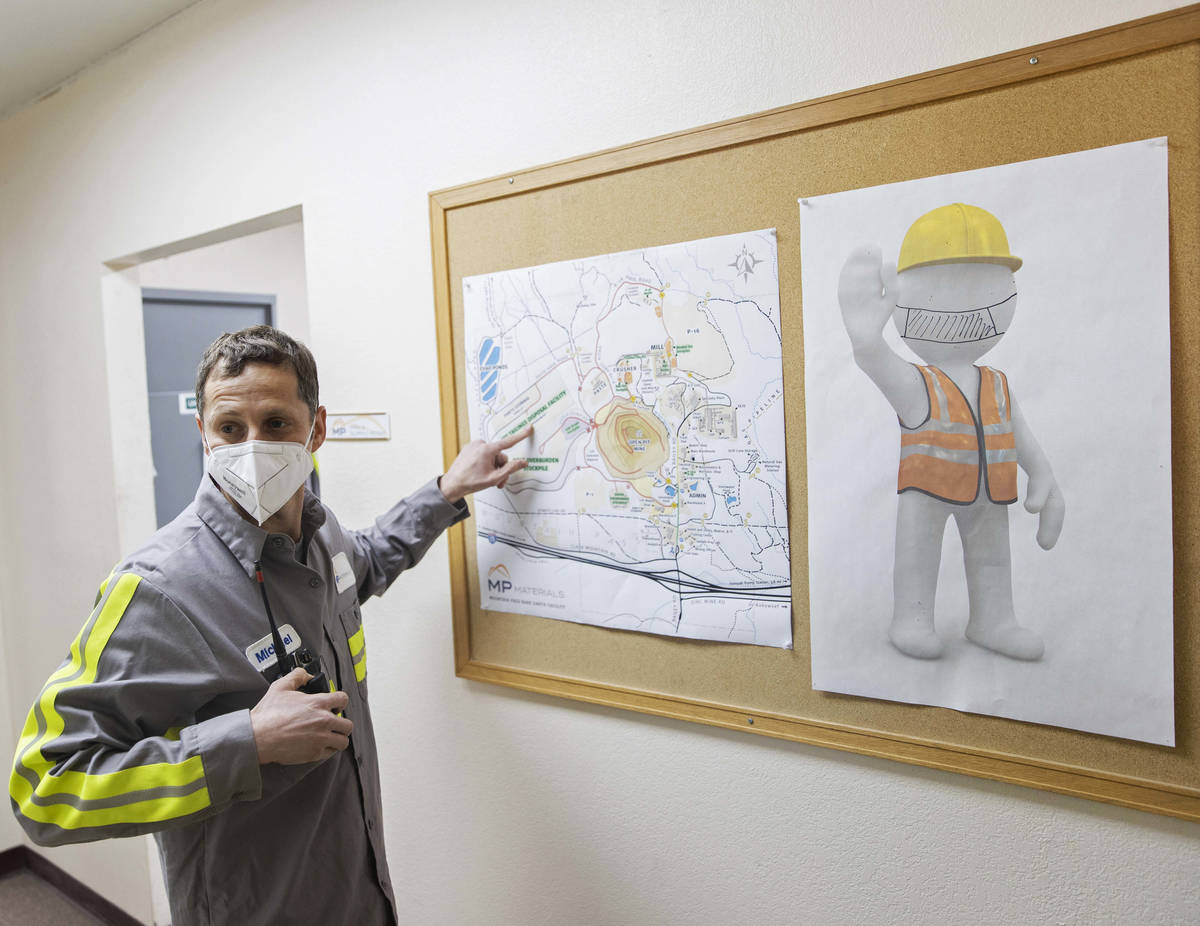 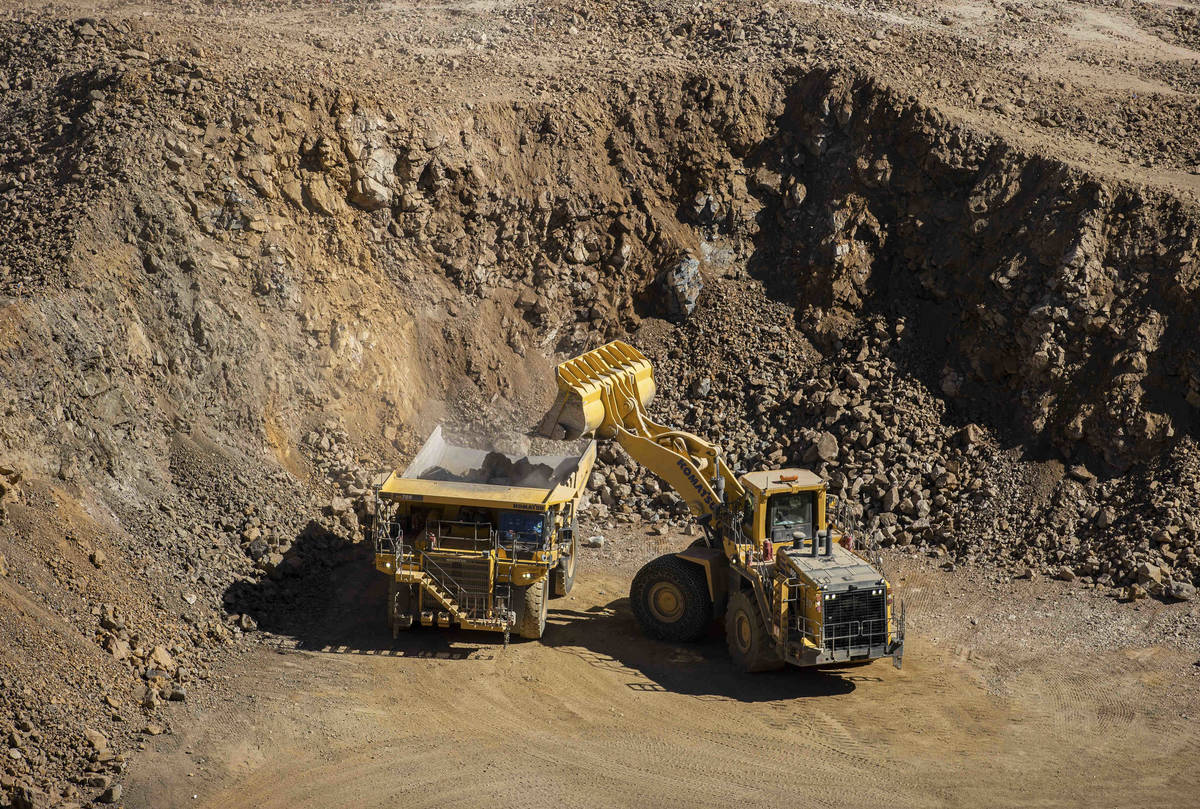 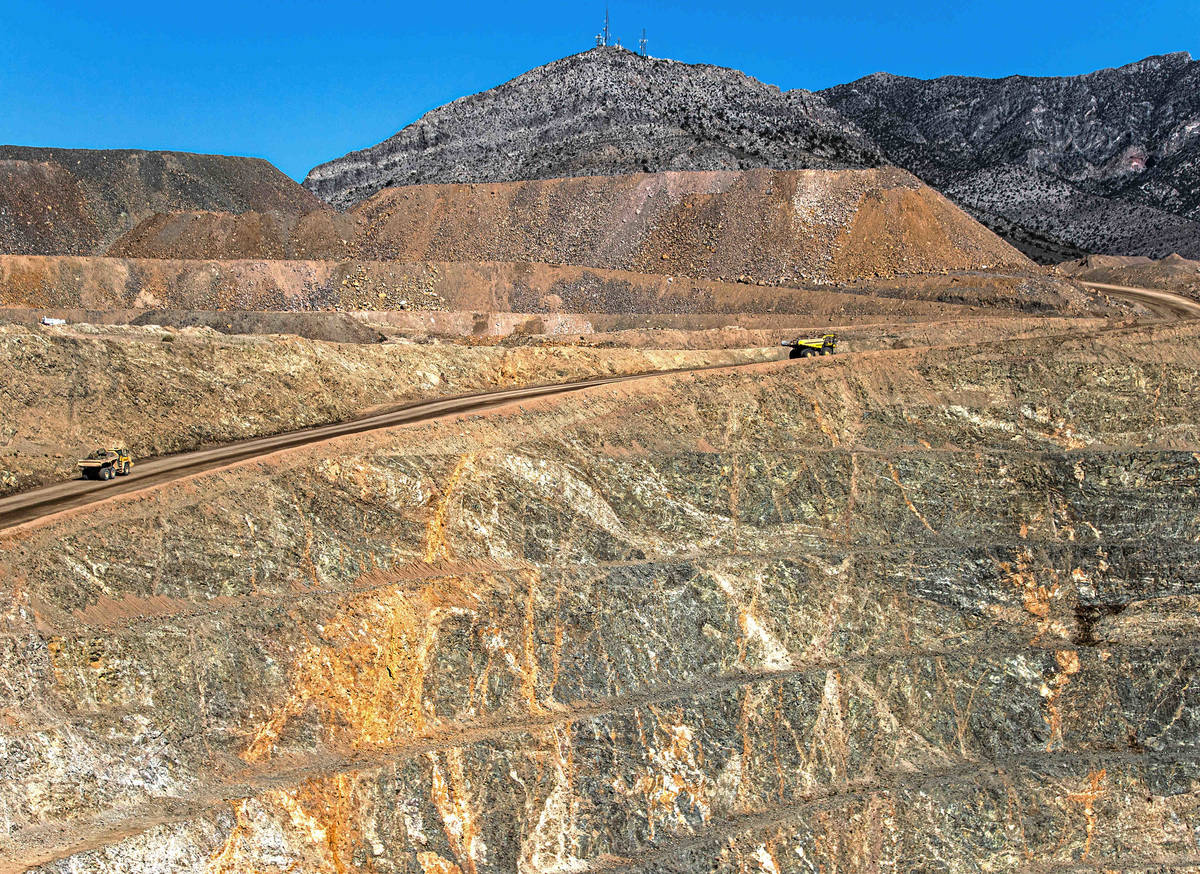 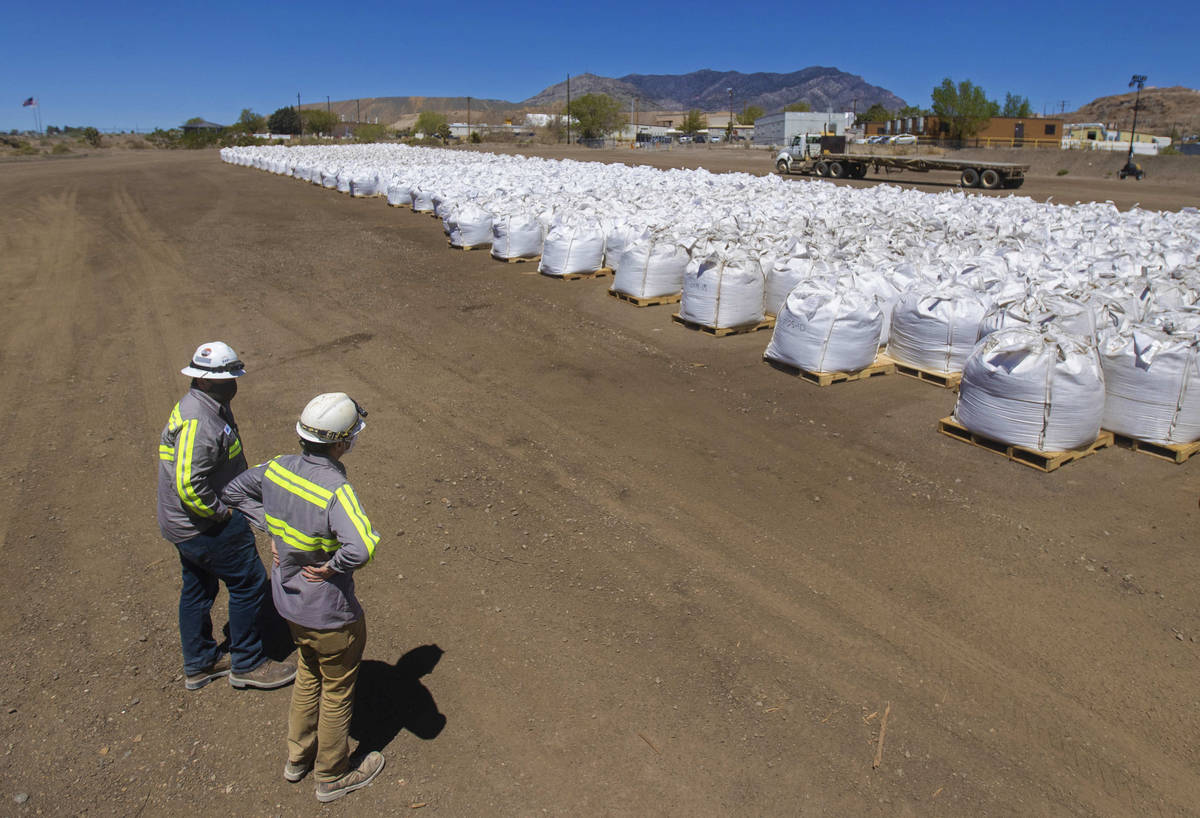 “I wanted to be part of something different and something very unique within the U.S.,” said Ruesch, manager of mining and ore delivery at MP Materials.

It’s a feeling that will likely be shared by the more than 200 new workers MP Materials expects to hire over the next year. The hiring push is part of a larger plan to invest $200 million toward upgrading the mine, known as Mountain Pass Mine, located 15 miles west of Primm in California’s Mojave Desert.

During its heyday up until the 1990s, the 2,200-acre mine made the U.S. a dominate producer of rare earth materials, but a series of headwinds such as Chinese competition and a bankruptcy left it with an uncertain future until MP Materials acquired the mine in July 2017.

The company plans to establish the full rare earth supply chain at the mine in less than four years, and its vision has joined a national conversation on restoring rare earth production in the United States.

Rare earth metals have a variety of uses with the most important being in magnets, used in electric vehicles and generators in wind turbines, said Simon Jowitt, a UNLV sssistant professor of economic geology.

“The Chinese dominate rare earth supply and if they decide to turn that cap off — where are we going to get our rare earth from?” asked Jowitt. “If you have this supply at Mountain Pass that doesn’t need to be exported to China, but could go straight into manufacturing then that would rapidly improve security of supply … because rare earths are used in military purposes. So, I think the Department of Defense is a little concerned about China cutting off supply.”

Rare earths, a group of 17 minerals, are used in everything from missile defense systems to electric cars, televisions and lighting.

A January report from the U.S. Geological Survey noted rare earth minerals are “relatively abundant” on Earth but mineable concentrations are less common.

Jowitt said from 1964 to the late 1990s the U.S. was the world’s dominant rare earth producer, thanks to Mountain Pass Mine, but China quickly elbowed its way into the market. The country processes nearly 90 percent of the world’s rare earth minerals, according to research firm Adamas Intelligence.

The U.S. imported 80 percent of its rare earth materials from China between 2016 and 2019, according to USGS.

The assumption China will maintain its lead as a rare earth supplier is something MP Materials Chief Executive Officer James Litinsky wants to change.

Litinsky is the founder of Chicago-based hedge fund JHL Capital Group, which won the bid to purchase the mine during its bankruptcy auction in 2017 for $20.5 million. JHL Capital partnered with New York investment firm QVT Financial LP on the deal as well as Chinese mining company Shenghe Resources Holding Co., which held a minority and nonvoting interest.

Mine production started in 1952 but work stopped from 2002 to 2011, according to USGS. The following year, Colorado-based firm Molycorp began operating the mine, planning to produce 19,000 metric tons of rare earth oxides, but the company ended up in bankruptcy in 2015 with about $1.7 billion in debt.

Molycorp had idled operations with eight employees at the site until the current owners acquired the mine, during its bankruptcy auction.

The mine now employs 300 workers and produced more than 38,000 metric tons of rare earth oxides in 2020, which MP Materials estimates to be about 15 percent of global rare earth element production.

MP Materials set up its headquarters in Las Vegas, near McCarran International Airport, to be near the mine and its workforce of mostly Nevadans. The company spent three years restarting the site and adding employees. Its total workforce is 350 including the 300 employees at the mine.

It also went public through a merger with blank-check company Fortress Value Acquisition Corp. in November, listing on the New York Stock Exchange. The IPO and the March issuance of a green convertible note raised more than $1.2 billion for the firm.

He said the company has been adding new employees nearly every week, efforts that will help reach its goal of at least 200 full-time workers and about 1,000 construction jobs for its plan to establish refining capabilities. Stage three would be manufacturing magnets by 2025 though it anticipates reaching the goal sooner.

Rosenthal said no other facility currently exists outside of China that can separate the rare earths mined at Mountain Pass.

“If we want to make that product valuable by doing the separation, we either need to wait (and) start it up here or we ship it to China where they do the separation,” he said. “So we’ve used our Chinese distributor to help us distribute our product which helps give us revenue to reinvest in the growth here.”

China’s dominance in the rare earths industry largely stems from having the infrastructure to refine the minerals then manufacture them into a product bought by companies like Tesla and Apple.

Its control of supply can also influence pricing of rare earths should China decide to cut or flood the market — one of the many reasons leading to former Mountain Pass Mine owner Molycorp to file Chapter 11.

“A vast majority of the global supply of rare earths comes from China, which has in the past restricted access causing sharp spikes in pricing, and changed export tariffs that have impacted cost and availability,” according to a Molycorp court filing in 2016.

While MP Materials also has ambitious plans, Litinsky said it’s in a better position than its predecessor who made several operational blunders.

“We’re a very young company, but we’ve been able to accomplish so much,” he said. “We’ve been able to go from eight people to 350 and get to profitability — taking on Chinese industry is extremely challenging. We’re just getting started.”

MP Materials, whose market capitalization is an estimated $4.8 billion, reported revenue of $60 million for the first quarter, up 189 percent year-over-year. Net income also jumped more than 700 percent to $16.1 million for the quarter.

National interest around rare earth materials gained traction under President Donald Trump with the Pentagon offering grants to firm such as MP Materials to develop production and processing capabilities.

President Joe Biden picked up the baton when he signed an executive order in February to review four sectors of the country’s supply chain including rare earth metals, semiconductors, pharmaceuticals and large-capacity batteries.

Litinsky said the larger shift to electrification and a green economy will buoy its business but federal support for creating a U.S.-based supply chain helps.

“This is a nonpartisan issue — everyone wants this supply chain capability here and we’re years ahead of anyone else and we’ve shown that we can be profitable,” he said. “The fact that there’s a Nevada company leading the way … is cool.”

LETTER: Why protect a flower if the world is going to end?