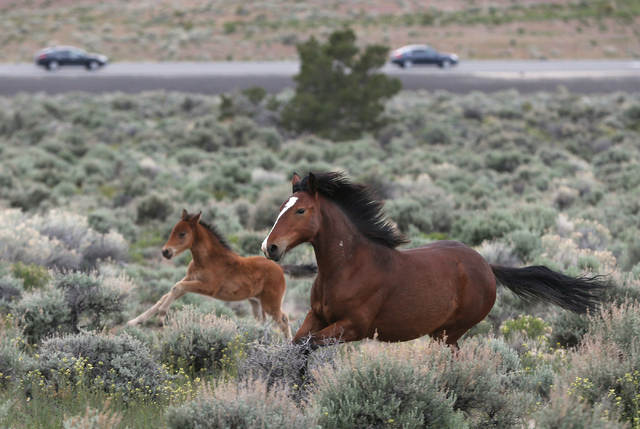 Reps. Mark Amodei and Joe Heck expressed support Tuesday for the strategy laid out so far by their fellow Republican.

“If you have a guy like Brian Sandoval (angry) at you, you have really hit rock bottom,” Amodei said, noting the governor’s reputation for being an “even-keeled, thoughtful” state leader.

He said Sandoval’s strategy was a “big, big message” to the Bureau of Land Management in Washington, making it clear he was not including the agency’s representatives in Nevada in the same negative view.

Amodei credited the Nevada BLM officials for trying to deal with livestock producers honestly and blamed the Washington office for not heeding their requests.

Heck favors ensuring sustainable herd levels and maintaining access to grazing lands for local ranchers and farmers while requiring the federal government to meet its obligation to fund the efforts, an aide said.

Republican Rep. Cresent Hardy said the federal government, as the largest landlord in Nevada, has a responsibility to provide stewardship of the public lands it controls.

“Unfortunately, the BLM has not lived up to its end of the bargain by failing to manage Nevada’s wild horse populations,” Hardy said. “Instead of stepping up to the plate and addressing the problem, the federal government is planning to rob hard-working Nevadans of their livelihoods as our sensitive habitats continue to get destroyed.”

Republican Sen. Dean Heller said it is BLM’s job to determine whether the range conditions can support wild horse populations.

“It’s not fair for local ranchers to be penalized because BLM isn’t carrying out the law,” Heller said. “While more resources are necessary, the problem is larger than that. The agency has no comprehensive strategy for wild horse management.”

A spokeswoman for Senate Democratic leader Harry Reid said Democrats support additional funds for the BLM’s Wild Horse and Burro Program and are not standing in the way of providing adequate funding.

“Wild horse populations in Nevada have skyrocketed to levels unsustainable for the ecology of Nevada’s rangelands and are also impacting sage grouse habitat, horse health and the livelihood of Nevada’s ranching operations, many of which have been in operation for generations,” the groups stated in a statement.

“In response to this situation, the BLM has indicated that there will potentially be further grazing reductions in Elko County.”

“Damage from wild horses just in southeast Elko County alone could result in an economic loss of $1.8 million,” Fontaine said.