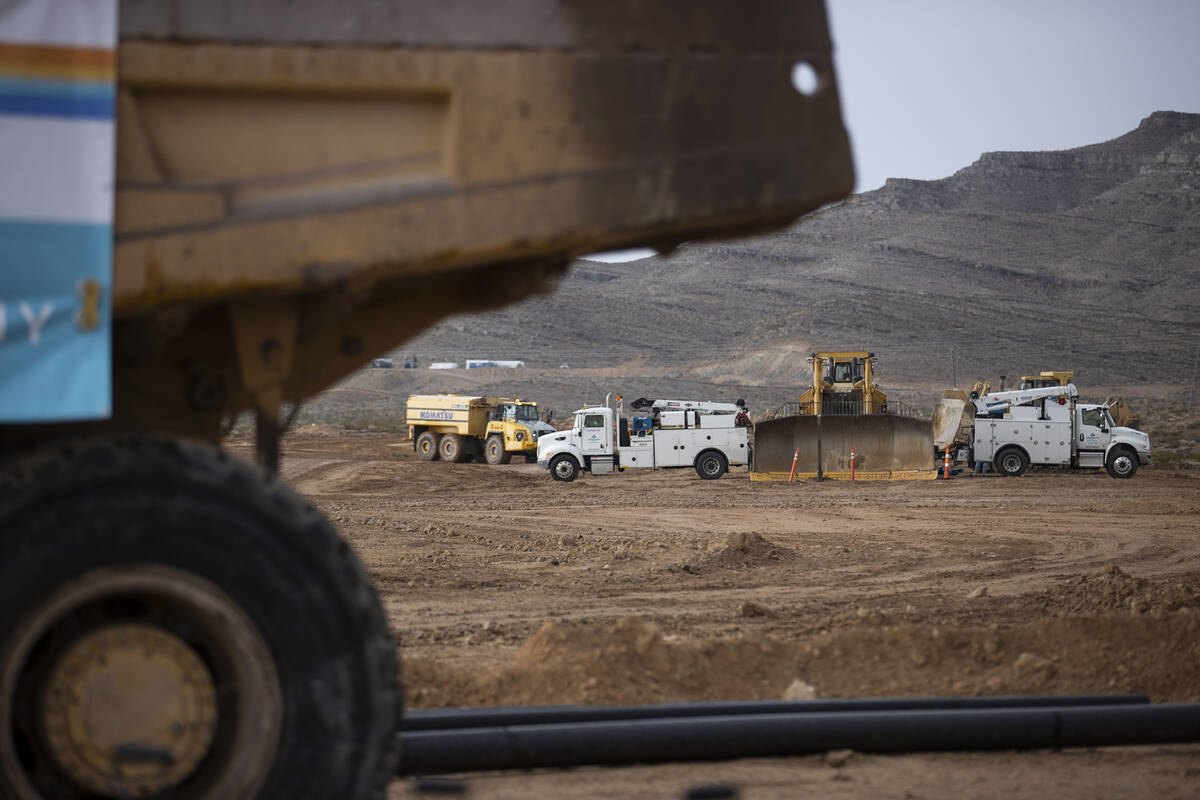 The future site of a HEYDUDE distribution center at the APEX Industrial Park in North Las Vegas is seen during a groundbreaking ceremony, Wednesday, Sept. 28, 2022. (Erik Verduzco / Las Vegas Review-Journal) 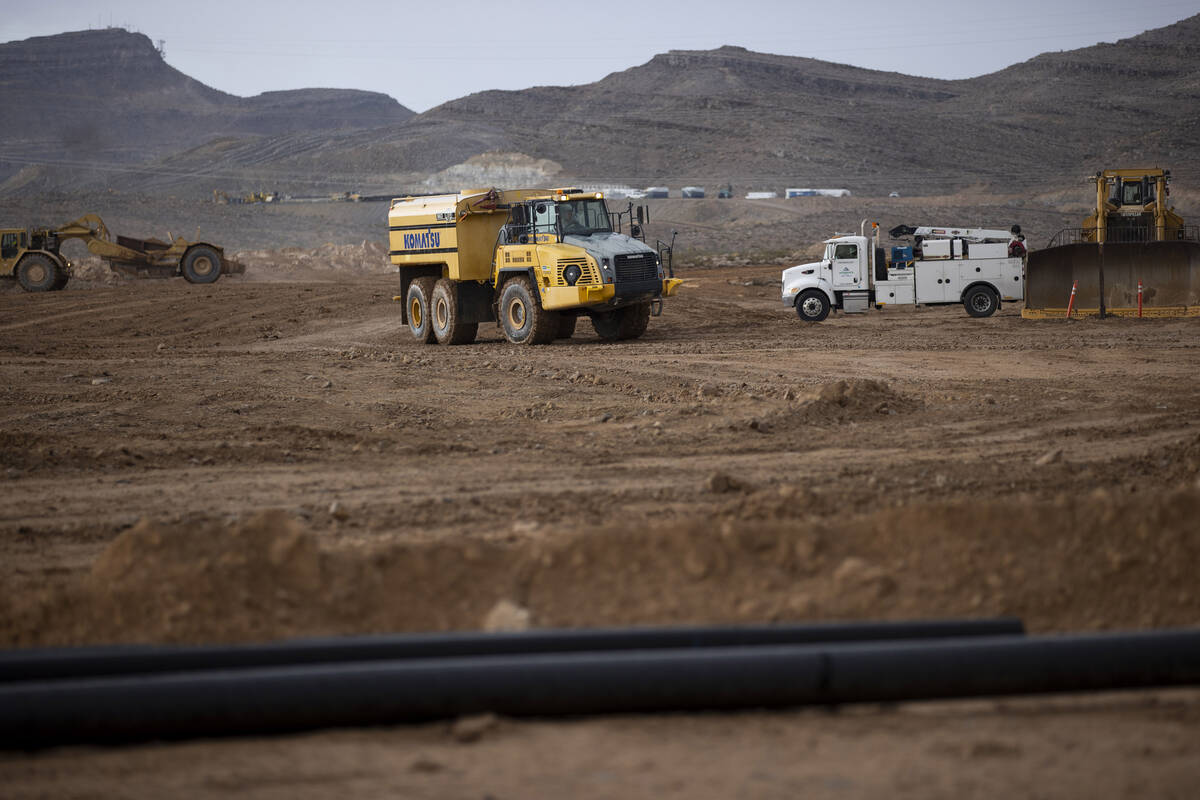 The future site of a HEYDUDE distribution center at the APEX Industrial Park in North Las Vegas is seen during a groundbreaking ceremony, Wednesday, Sept. 28, 2022. (Erik Verduzco / Las Vegas Review-Journal)

The Southern Nevada Water Authority on Thursday approved more than $70 million for water projects throughout the valley, with about half going toward pipelines that city officials expect to bolster economic development at Apex Industrial Park in North Las Vegas.

The water authority’s board of directors voted unanimously in favor of roughly $37 million in funding for the Garnet Valley Water Transition System project, a series of pipelines that will bring water to the industrial park located roughly 20 miles northeast of the Strip, and send wastewater from the site back to the valley that can be treated and recycled back into Lake Mead.

North Las Vegas Councilman and authority board member Scott Black called it a “momentous day” for North Las Vegas and the future of economic diversification in Southern Nevada.

“The park has been on the map, if you will, for many decades, but it’s lacked the infrastructure to support any development,” Black said in an interview Thursday.

But that started to change in 2018, when North Las Vegas officials signed off on a plan with a private developer to build water pipelines to the park in hopes of luring more businesses to the site. And in the past few years, the city has seen a surge of activity as more and more companies have moved into Apex.

The new pipeline system approved by the water authority board Thursday will help keep that momentum going and enables the city to develop the entire Apex site, Black said.

Black said the project, which will include 15 miles of pipeline, a 5 million gallon reservoir and a pumping station that can pump 20 million gallons per day, is expected to be completed within the next five to seven years.

Colby Pellegrino, the water authority’s deputy general manager of resources, said the authority expects almost all of the water sent out to Apex to be recycled back to Lake Mead because almost none of the water will be used outdoors or in other water-consuming processes such as evaporative cooling.

“There’s no residential zoning in Apex. There’s no parks. There’s no cemetery. So there will be no turf consumption of water in Apex,” Pellegrino said. “You should end up with businesses with fairly low water footprints going into the Apex area, and the majority of that water footprint should be non-consumptive.”

Other funding approved included $28 million for water pipeline and pumping station upgrades in the eastern Las Vegas Valley and an additional $7 million for improvements and building of weirs in Las Vegas Wash.