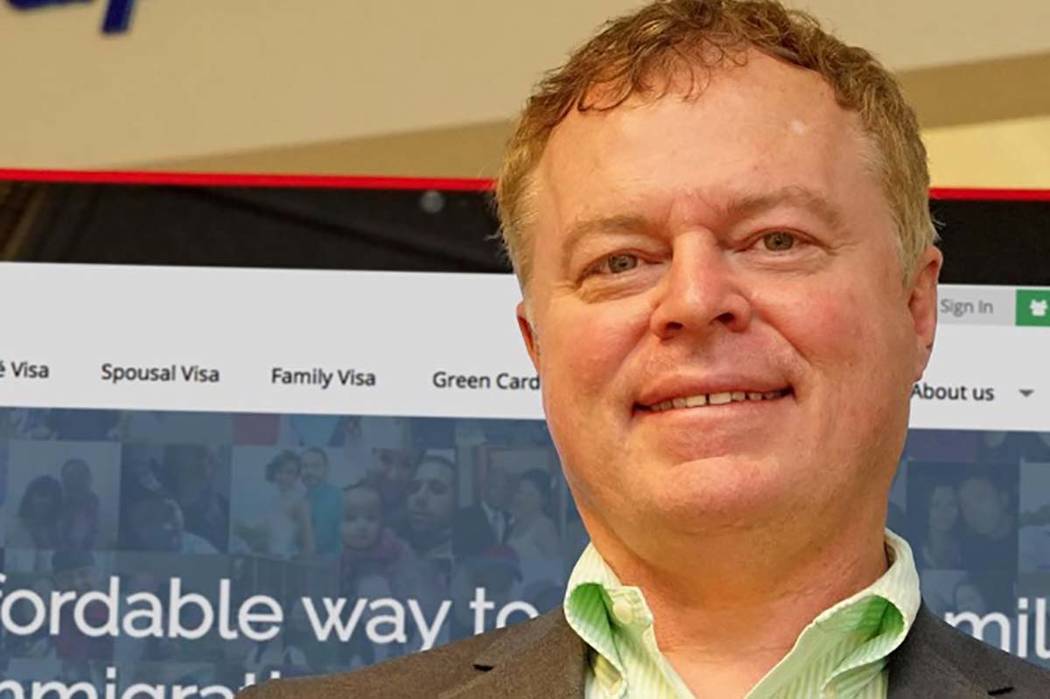 Ben Ives, the founder and CEO of RapidVisa (Facebook)

Nevada ranks No. 5 in the nation for K-1 visa recipients per capita, the official term given to immigrants engaged to Americans who enter the U.S. to get married, according to a study released this past week.

It’s unclear why the program is so popular in the state, said Ben Ives, the founder and CEO of RapidVisa. The Las Vegas-based online immigrant visa processing service commissioned the study, which was conducted by research firm Causal Design.

“I would love to know,” Ives said, but such information isn’t required from applicants.

Yet Ives said he believed the availability of jobs in the service industry and the state’s fast-growing Filipino population may offer clues. No other country in 2017 had more K-1 visas issued than the Philippines, according to the report.

In Nevada, there were 18 people admitted through the K-1 visa program in 2017 for every 100,000 people, the report found. The District of Columbia ranked No. 1 with 32 admissions.

The study was conducted in part to illuminate a program that Ives said is often misunderstood, including by being labeled as a program for “mail-order brides.”

“That’s kind of faded quickly over the last several years,” he said, pointing to online dating as helping to erase the stigma.

But Ives, whose wife is from the Philippines, added that he also cannot suggest that people are marrying for sincere reasons beyond what he sees anecdotally.

The K-1 visa program was established in 1970 amid increasing globalization, during the middle of the Vietnam War. Applicants have 90 days to marry or depart the country.

While petition approvals have also remained fairly steady since 2015, the number of petitions pending have surged under the Trump administration, which Ives attributed to “extreme vetting” not unlike the increase in the number of applications from permanent residents seeking to become naturalized citizens.

The backlog has increased wait times, he said, and “everything has just slowed down.”