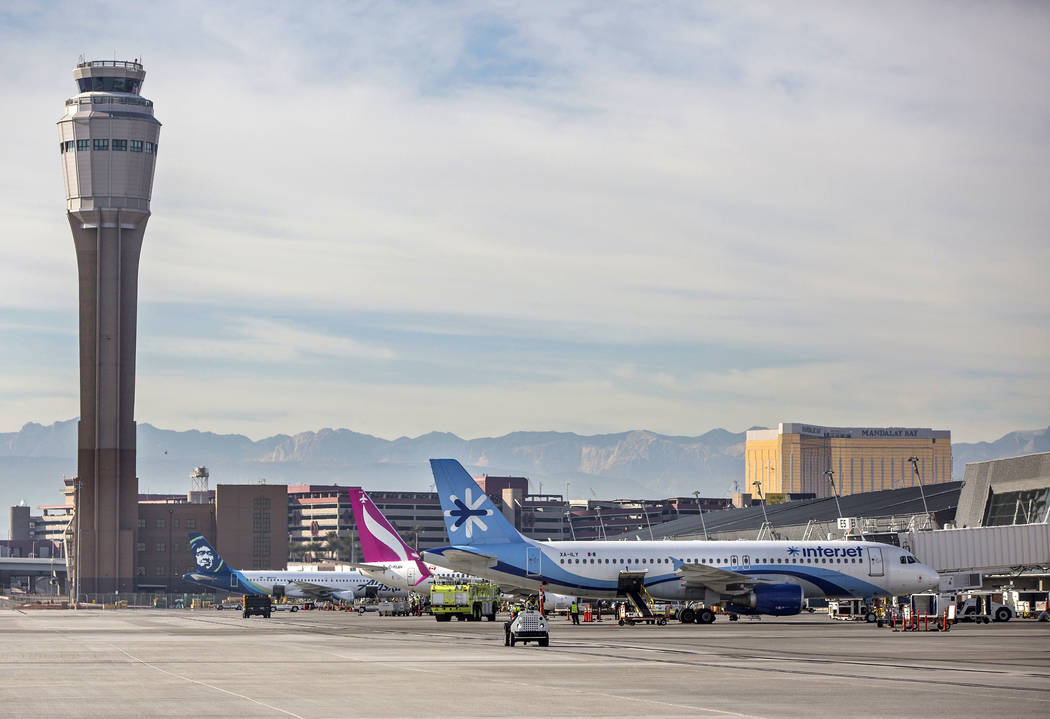 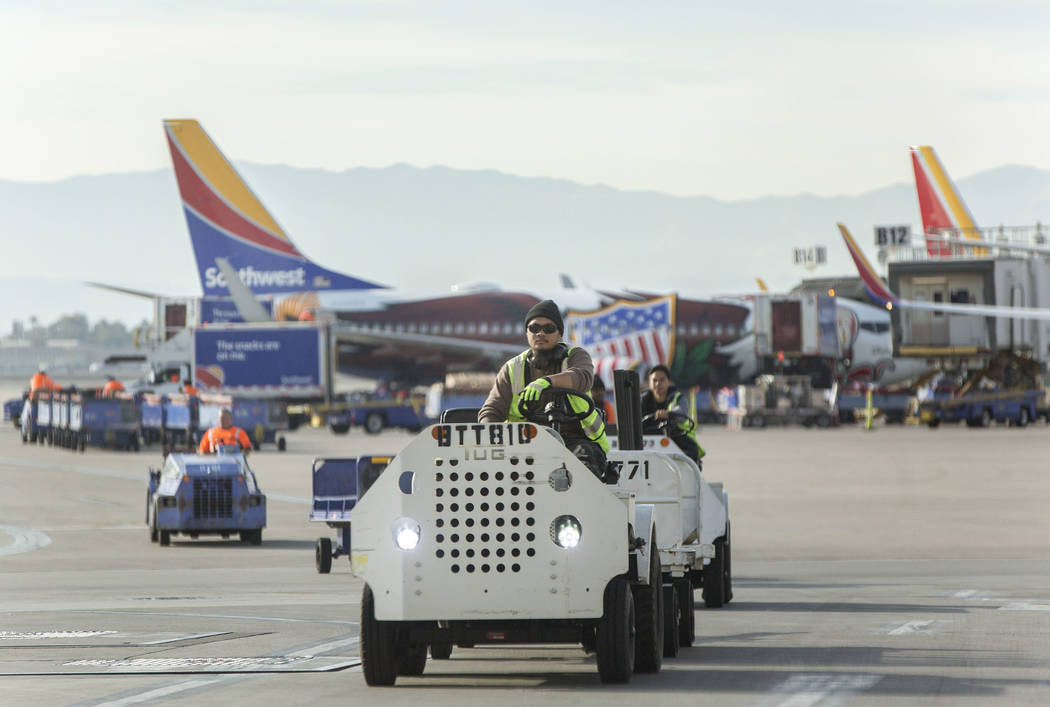 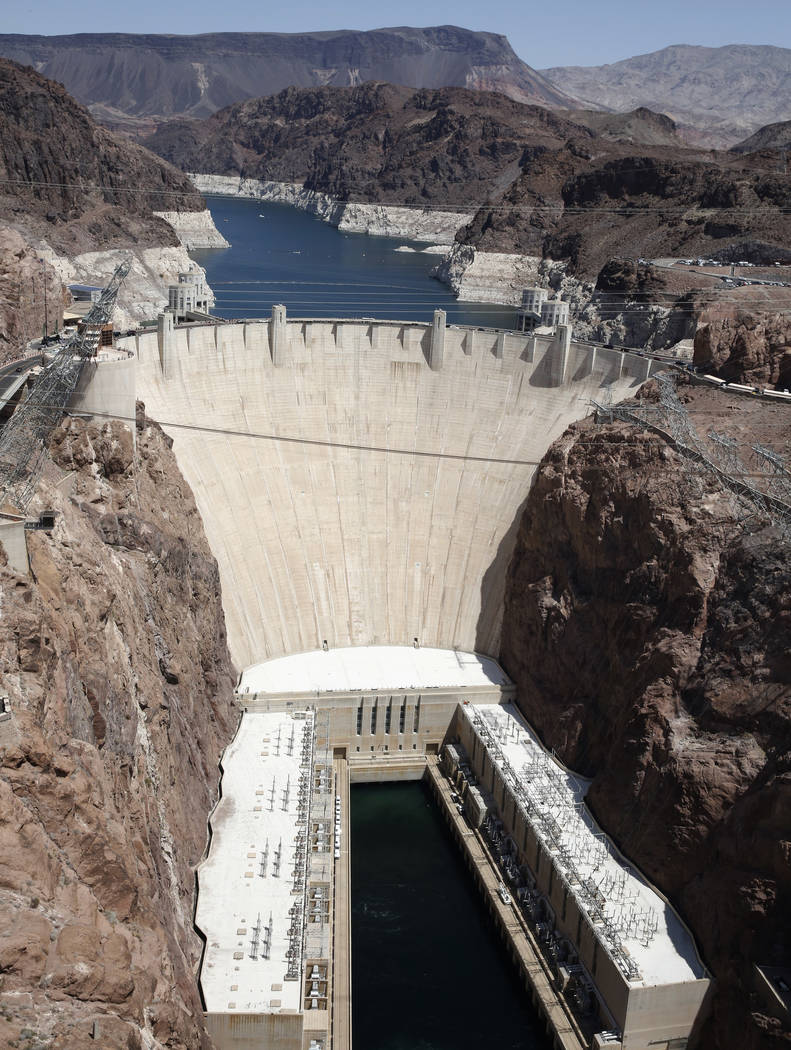 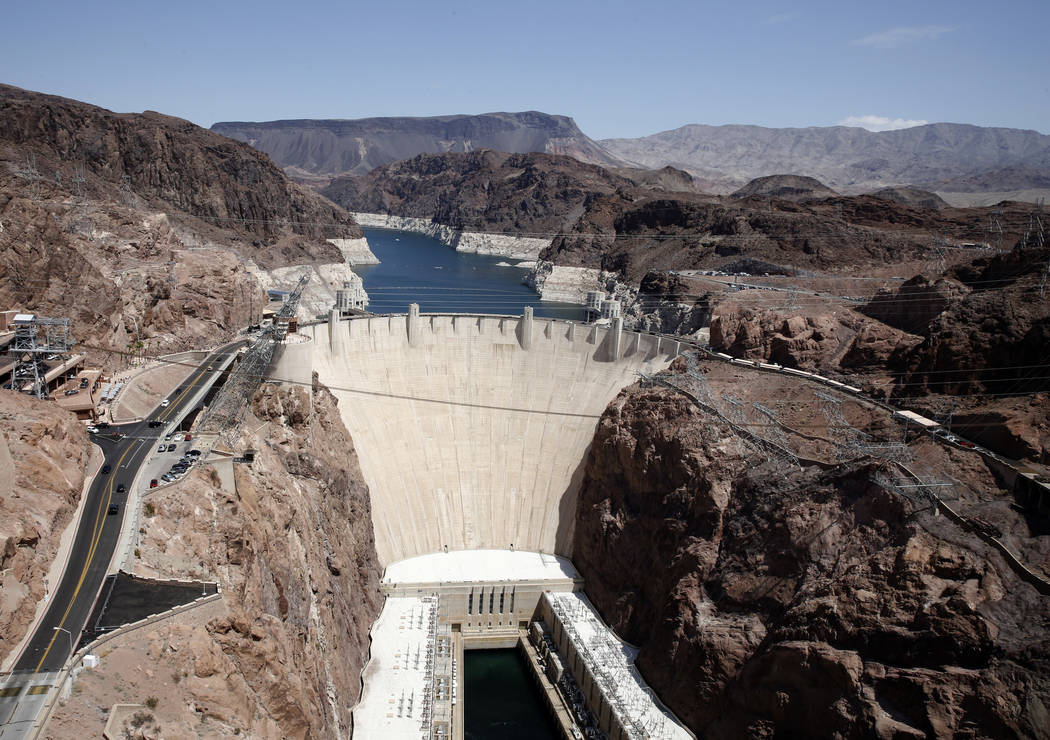 Nevada received a C grade for its infrastructure by the American Society of Civil Engineers, a slight increase from the state’s C- grade in 2014. The grade is above the national average of a D+, the report released Wednesday revealed.

“It forces us to take a look at where we’re at and where we need to be,” said Tina Quigley, general manager of the Regional Transportation Commission of Southern Nevada. “Getting a C is certainly admirable and we are improving.”

The report graded 12 categories based on eight criteria.

The state saw its highest marks in bridges, energy, parks and recreation, and wastewater, receiving a B- in all four categories. Dams received the lowest mark on the list with a D+, representing the only grade to fall below a C- on the report.

Three categories — aviation, schools and storm water — improved their grade from four years ago while wastewater fell from a B to a B-.

Roads and transit both earned a C grade, despite a noted $450 million backlog of road and bridge repairs, largely due to the approval of utilizing fuel tax revenue for road projects in the state, the ASCE pointed out.

Clark County residents voted in favor of a fuel revenue indexing tax in 2014 that was extended for 10 years in 2016. The tax, which is tied to inflation, generates funds each time a motorist fuels his or her vehicle in the county, with a portion going toward funding critical transportation projects. Washoe County in northern Nevada has a similar funding model.

“It hadn’t been increased in decades and having it tied to inflation gives us that revenue source for roads to decrease congestion, increase capacity and add safety,” Quigley said. “It also allows us to employ different types of technology that allows us to operate that infrastructure more efficiently and safely.”

Despite the fuel tax, the report states Nevada must develop a more robust and strategic plan going forward to accommodate the expected growth in the state.

Dams were said to be understaffed and underfunded at the state level. Of the 656 dams regulated by the state, 154 of them were deemed to have “high hazard” potential.

Of the high hazard potential dams, 95 percent of them had a condition assessment rating in the National Inventory of Dams; 80 percent of those received a rating of either satisfactory or fair and 9 percent were rated poor or unsatisfactory.

The state actually owns and operates only one dam, the South Fork Dam in Elko County, with the rest being privately owned. The state inspects all those dams, recommending repairs, maintenance and preventative work to the owners, said JoAnn Kittrell of the Department of Conservation and Natural Resources.

Kittrell cited securing funding for private dam owners to carry out any work as a major factor in improving their infrastructure in Nevada.

“The Division of Water Resources’ dam safety program inspectors do not usually determine ‘satisfactory’ when they inspect, unless it’s a new dam,” Kittrell said. “There’s always something that can be done to improve a dam — whether it’s removing vegetation or constant maintenance.”

Hoover Dam is not part of the 656 dams noted in the study, as the U.S. Bureau of Reclamation — not the state — oversees that and three other dams in Nevada, said Nathaniel Gee, dam safety program manager for the bureau on the lower Colorado River.

“Hoover is a safe dam,” Gee said. “Every quarter we do an inspection as well as annually. Every four years we do a broader inspection that involves not only looking at things, but we do some engineering analysis.”

He credits the way the dam was constructed, and said if a similar dam were to built today it wouldn’t be as stout a design. Hoover Dam required a lot of material and labor and the cost today would probably be “prohibitively expensive,” Gee added.

“We have to maintain it,” she said. “We have to ensure we’re investing not just in the operations of the infrastructure, but in sustainable, sufficient, long term solutions.”

The study says the state could raise its grade by expanding the fuel index tax to all of Nevada, not just Clark and Washoe counties; adequately funding the state infrastructure bank; increasing operations and maintenance budgets; and continuing to support emerging technologies.

All that noted, Quigley said the report serves as an energizer for officials, showing the work they’ve done has paid off, but showing there’s still plenty of room for improvement.

“It’s a reminder that we’re still in the mediocre category and that requires attention,” she said. “It makes us continually pay attention to the status of our infrastructure. At a national level we can be pretty proud of the stuff that we’ve done, but we do know we can never stop paying attention to it.”