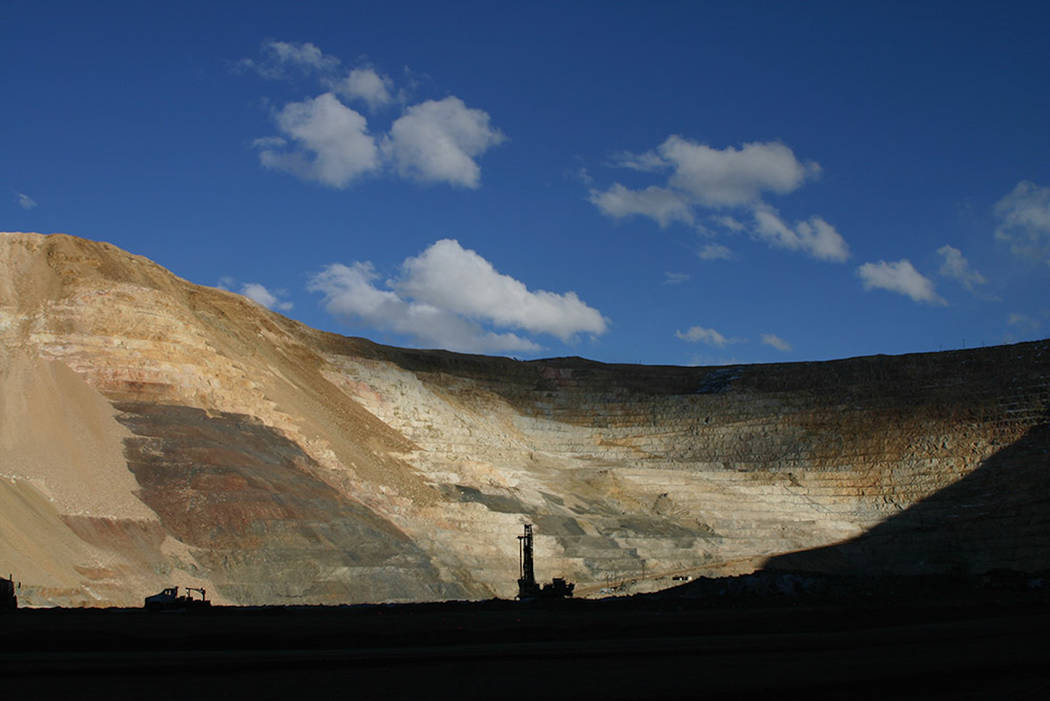 Photo of Round Mountain gold mine as shown in undated photos from the mine's owner, Kinross Gold Corp. of Canada. Kinross is looking at options that would extend the life of the mine, a major contributor to Nye County's economy. Special to the Pahrump Valley Times 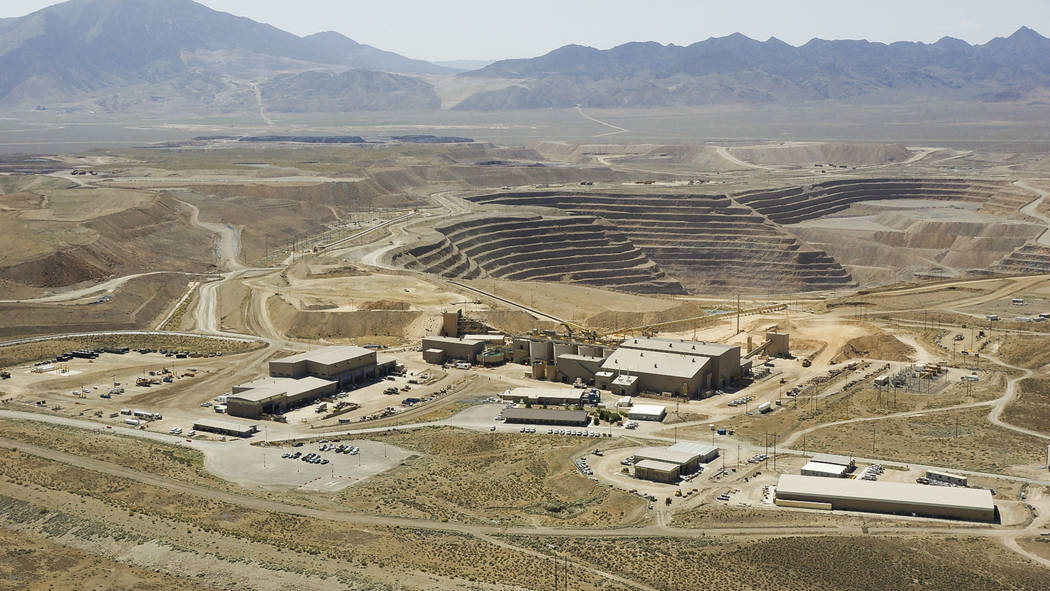 Undated overview of the Barrick mine complex. (Courtesy Barrick Gold of North America)

Old mines in Nevada could see new life as solar power arrays thanks to a five-word change that could soon be added to state regulations.

The State Environmental Commission voted Wednesday to add “renewable energy development and storage” to the list of acceptable post-production uses for shuttered mining operations. The change will be heard for possible final adoption by the Nevada Legislative Commission this year.

The new language was proposed by the Nature Conservancy and the Nevada Mining Association as a way to steer potential solar projects onto land already disturbed by industrial use.

John Zablocki, Southern Nevada conservation director for the Nature Conservancy, joked that his group was searching for the one issue in the state that everyone could agree on.

Officials at the Nevada Division of Environmental Protection liked the idea so much, they decided to petition for the change to the Nevada Administrative Code themselves.

“It seemed like a no-brainer,” said Joe Sawyer, chief of the divison’s Bureau of Mining Regulation and Reclamation, in an email. “The main focus of the reclamation branch is to see that mines are reclaimed to a productive post-mining land use. Mines can often end up with large flat areas that can be useful for solar power generation. Also there may be electrical transmission lines, transformers and other buildings and infrastructure that could be utilized by renewable energy options.”

And old mines, landfills and other industrial sites usually don’t require much in the way of additional environmental review because the land has already been torn up and, in some cases, contaminated.

Though not all of Nevada’s thousands of abandoned mines are large enough to host a solar array, Zablocki said there are dozens of sites across the state that might fit the bill — and more to come as the state’s larger, more modern mines reach the end of their lifespans.

The surge in large-scale solar development in recent years has put some conservation advocates in an awkward spot. Though they favor renewable energy, they don’t like seeing large expanses of once-pristine public land torn up and covered in solar panels.

“They are going to go somewhere,” Zablocki said of such projects. “I’d rather see them on already disturbed land than building them on undisturbed land and then having to reclaim those areas later.”

But more work needs to be done.

In a paper commissioned last year by the Nature Conservancy, policy researchers from the University of Virginia Law School recommended lobbying state lawmakers to increase grants, tax breaks and liability protections for solar development at old mines and other contaminated industrial sites.

The researchers also suggested pushing for more federal funding for mine redevelopment and an expedited federal permit process for solar projects at contaminated mine properties.