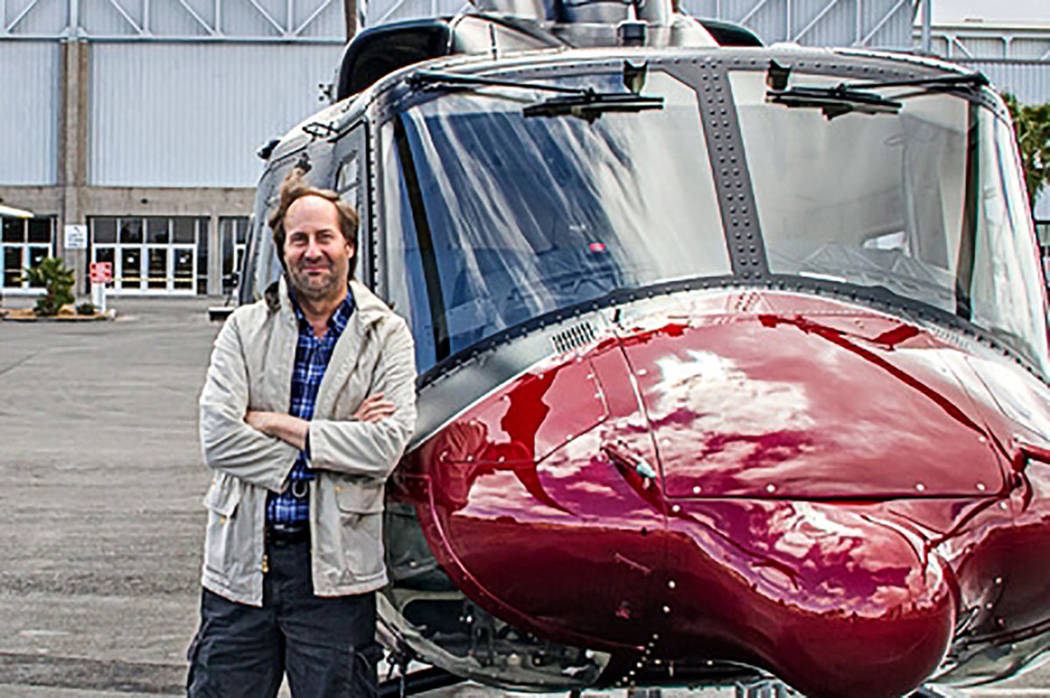 Gregory Akers of Henderson was an aviation enthusiast and experienced pilot. He, his wife and mother in law perished in a plane crash near Gass Peak north of Las Vegas on Tuesday, Nov. 26, 2019. (Photo courtesy Baron Von Speed LLC) 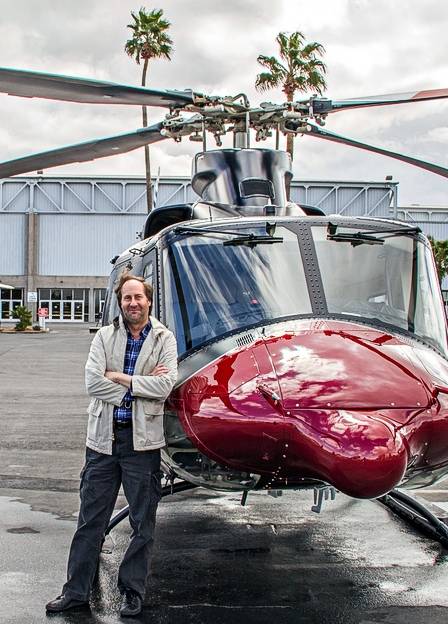 Gregory Akers of Henderson was an aviation enthusiast and experienced pilot. He, his wife and mother in law perished in a plane crash near Gass Peak outside of Las Vegas. Photo courtesy Baron Von Speed LLC.

The pilot of an airplane that went down Tuesday in mountainous terrain near Las Vegas in a crash that was “not survivable” has been identified by the Clark County coroner’s office as Gregory Akers, 60, of Henderson.

The coroner’s office has not yet identified the other two victims of the crash, but Akers’ cousin, Tina Lopez, told the Review-Journal that they were his wife, Valeriya Slyzko, and his mother-in-law. Lopez, who lives outside Dallas, said she did not know the mother-in-law’s name.

“Greg was the kind of guy everyone needed to be friends with,” Lopez said. “A very caring, very giving person.”

The Metropolitan Police Department’s search and rescue unit recovered the remains of the victims near Gass Peak, about 15 miles north of Las Vegas, on Saturday, said police Lt. Larry Hatfield. The Clark County coroner’s office said Monday that Akers died of blunt force trauma. The manner of death was listed as an accident. The release of the names of the other two victims was pending notification of next of kin.

Akers was an aviation enthusiast and retired air traffic controller at both McCarran International and Dallas-Fort Worth International airports. He moved to the Las Vegas area from Dallas around 1996.

‘A love for aviation’

“He always had a love for aviation,” Lopez said. “He would fly small planes all around.”

Authorities said a single-engine Cirrus SR22 registered to Akers’ company, Baron Von Speed LCC, crashed in the area of Gass Peak around 5:35 p.m. Tuesday. Akers and his wife were listed as managing members of the company.

Federal Aviation Administration spokesman Ian Gregor said the plane went down under unknown circumstances. Authorities said at the time that the crash was not survivable.

Witness Evertt Rogers, who lives on a large horse ranch near the southern base of the Sheep Mountain range, said he stepped outside Tuesday night after receiving a news alert on his phone about the crash.

“And there it was,” Rogers, 31, said last week, pointing toward the summit of Gass Peak. “An intense fire burning on top of the mountain. The chopper was circling the peak of the mountain with a search light, and I could see the mountaintop.”

Lopez said the FAA notified the family of the crash shortly after it happened, she said.

A preliminary report on the accident has not been filed yet by the National Transportation Safety Board.

“No NTSB investigator has been to the site,” NTSB spokesman Peter Knudson said on Friday. (It is) unclear if one will be able to, given the challenging terrain.”

Knudson said previously that when an aircraft crashes into such rugged terrain, it can prevent investigators from accessing the site. In these cases a private company is hired to retrieve the wreckage for further investigation.

“I had gone into in the airline field myself,” Lopez said. “I moved to Texas and I lived with him and his wife and they took me in and I went through air travel school.

“He had a big heart,” Lopez added. “He was the kind of person who, if you needed something, he would be the first to go and get it for you. He didn’t have any children. … His babies were his airplanes. He knew how to fly several different types of aircraft. That’s what he did his entire life.”