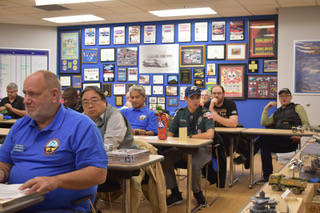 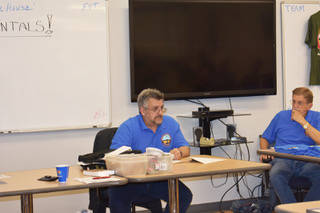 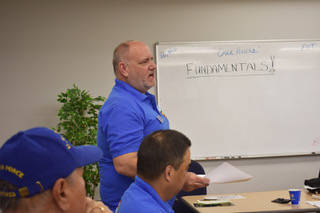 Joe Porche, chairman of the IPMS region 8— that includes the southern Nevada chapters— stands up to give a presentation on what is happening in the club around the region. (Rachel Spacek/Las Vegas Review-Journal @Rachel Spacek) 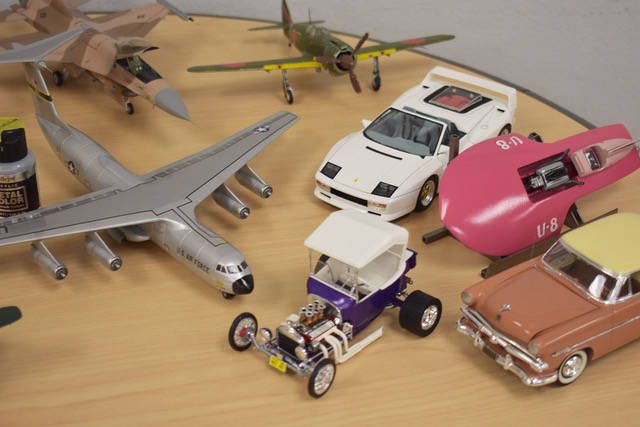 Automotive and aircraft models on display for IPMS members to look at during the "mingling" portion of the Las Vegas chapter meeting on Wednesday, March 13. (Rachel Spacek/Las Vegas Review-Journal @Rachel Spacek) 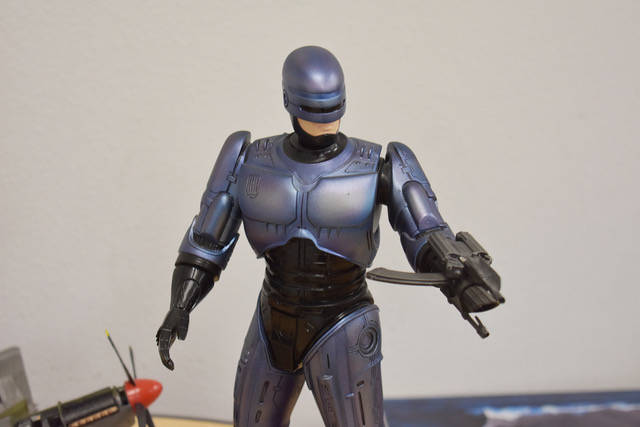 A large model of an armored superhero on display at the IPMS meeting of the Las Vegas chapter on Wednesday, March 13. (Rachel Spacek/Las Vegas Review-Journal @Rachel Spacek) 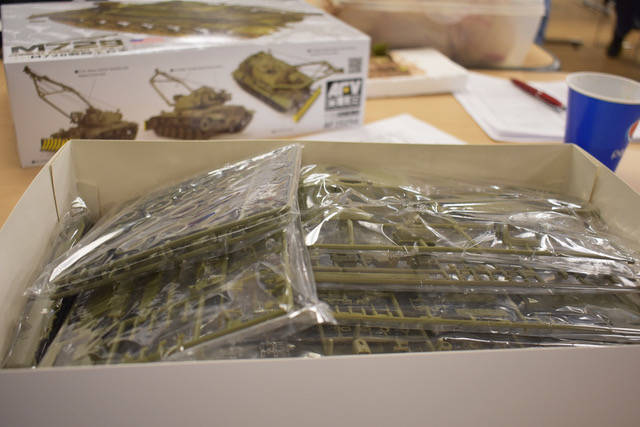 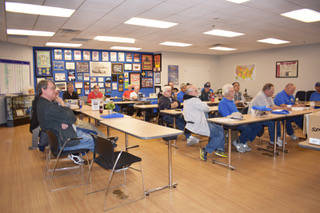 Members of the International Plastic Modelers Society Las Vegas chapter, listen to some of the board of directors before they begin the "show-and-tell" portion of their meeting. (Rachel Spacek/Las Vegas Review-Journal @Rachel Spacek) 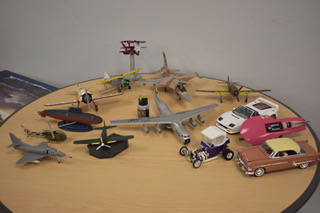 At the meeting Lomassaro held a demonstration on how to get perfect the groundwork on a model. As a plastic modeler himself, Lomassaro has been perfecting groundwork for a while, he said.

Originally from New York, Lomassaro, 63, said he was 6 when he started building plastic models from kits. He joined the IPMS chapter in Brooklyn at 20 as its youngest member.

Lomassaro is president of the Las Vegas chapter. There is one other IMPS group in Southern Nevada: Red Flag Scale Modelers. There also is a chapter in Reno.

The group of about 40 gains members often, Lomassaro said. But one struggle is getting young people involved, which the group has tried to address by breaking into different modeling interests.

Joe Porche, chairman of the IPMS region 8 — that includes the Southern Nevada chapters — said “kids these days like action and video games. They like the ‘now,’ and modeling is patience; it is not the ‘now.’”

Porche said a war game played with medieval fantasy pieces that battle between different factions is getting some younger people involved in modeling.

A Warhammer model show and game exhibition will be part of the Best of the West convention on April 27.

Jordan Guimarey, 15, is the youngest member of the group and has been part of it for almost a year.

He started working with plastic models about three years ago but has worked with wooden models with his father since he was 5.

Jordan mostly builds stationary aircraft but likes to build whatever model kits he can get his hands on.

“If I hadn’t have joined the club, I probably wouldn’t still be building,” Jordan said. “The information they offer is valuable, and their generosity as well.”

Jordan said he doesn’t notice the age difference between himself and the other members of the group, most of whom are about 50, when they’re talking about building models. He said he has brought a few of his friends into the group, but he thinks generally young people are more focused on what is on their screens than developing a hobby.

Lomassaro said he got his children involved in modeling at young ages.

“I think it is a great hobby that keeps young people out of trouble,” Lomassaro said. “When you get kids involved in something constructive and can share with Dad and Mom, they don’t gravitate towards drugs, alcohol, etc.”

Lomassaro said members with Friday afternoons off go to disabled veterans in hospitals and help them work on “easy to build” kits.

“They are not always very dexterous and have lost a lot of their motor skills, but our guys will sit there and build the kits for them,” Lomassaro said. “What it really is about is an opportunity for people to share an interest and to tell their stories.” 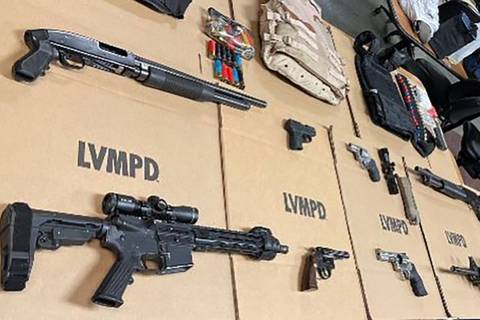 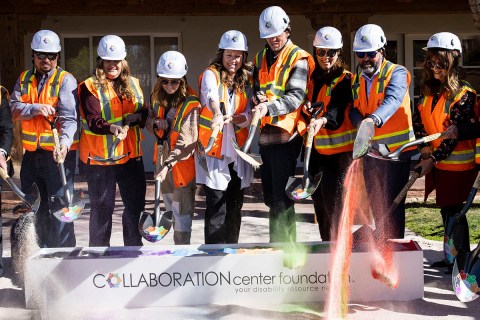 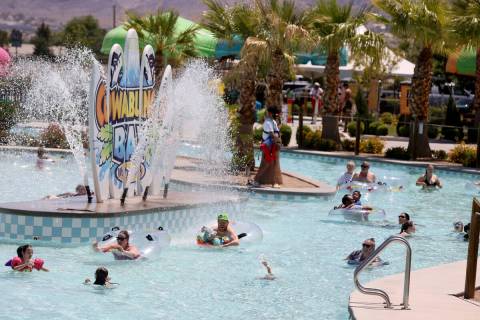 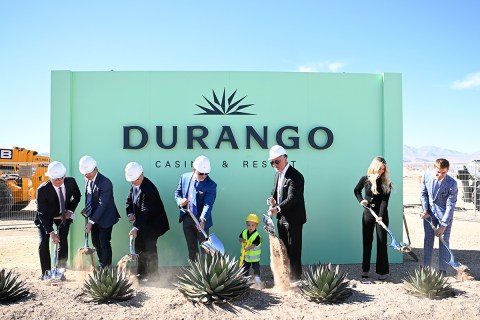 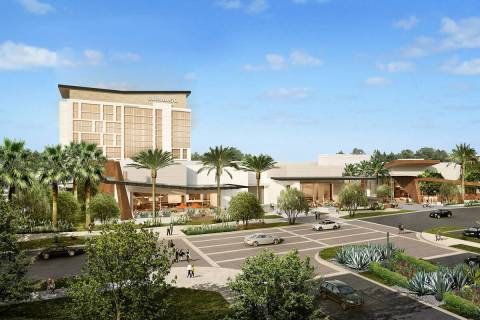 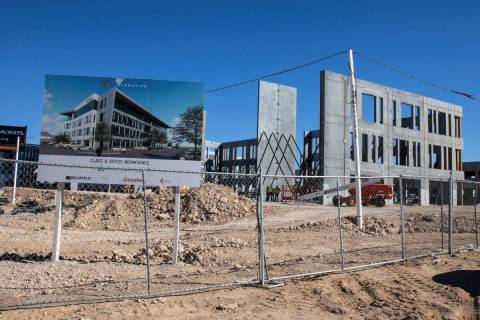 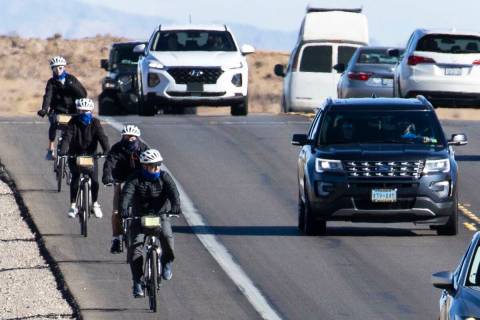 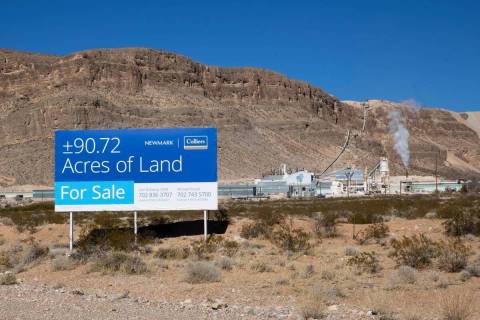