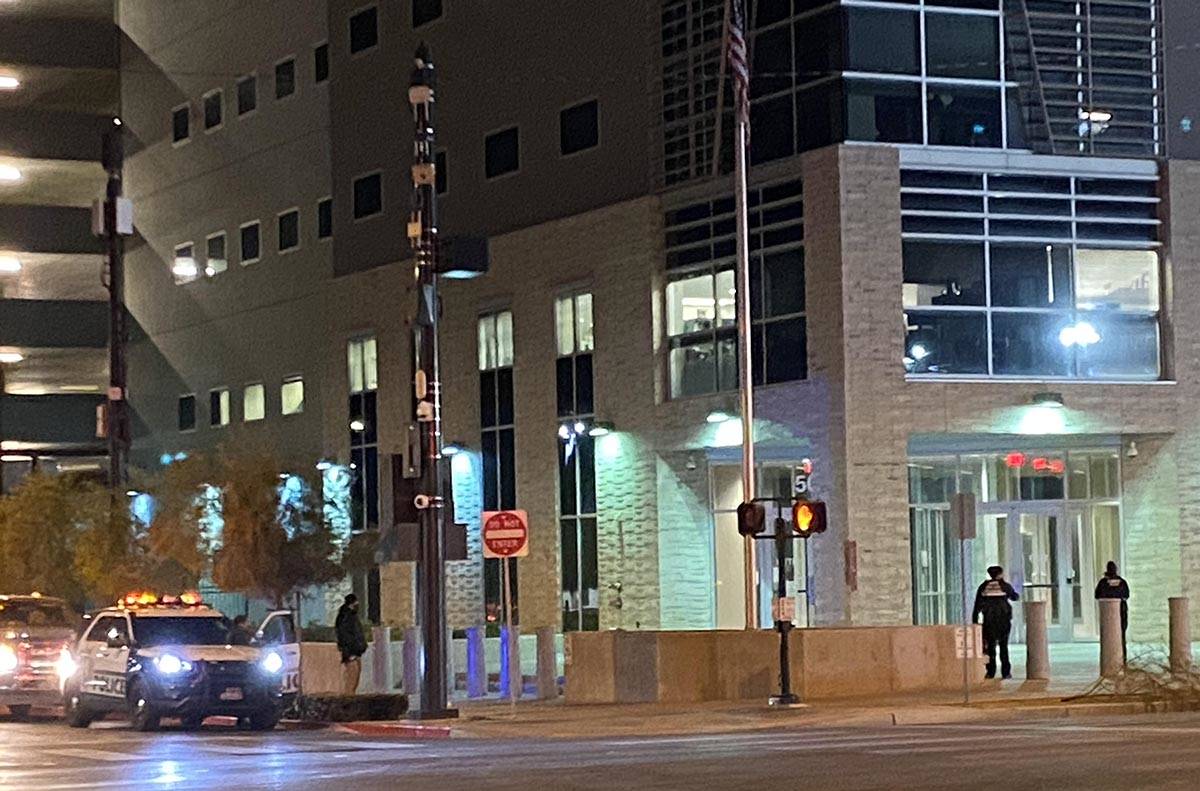 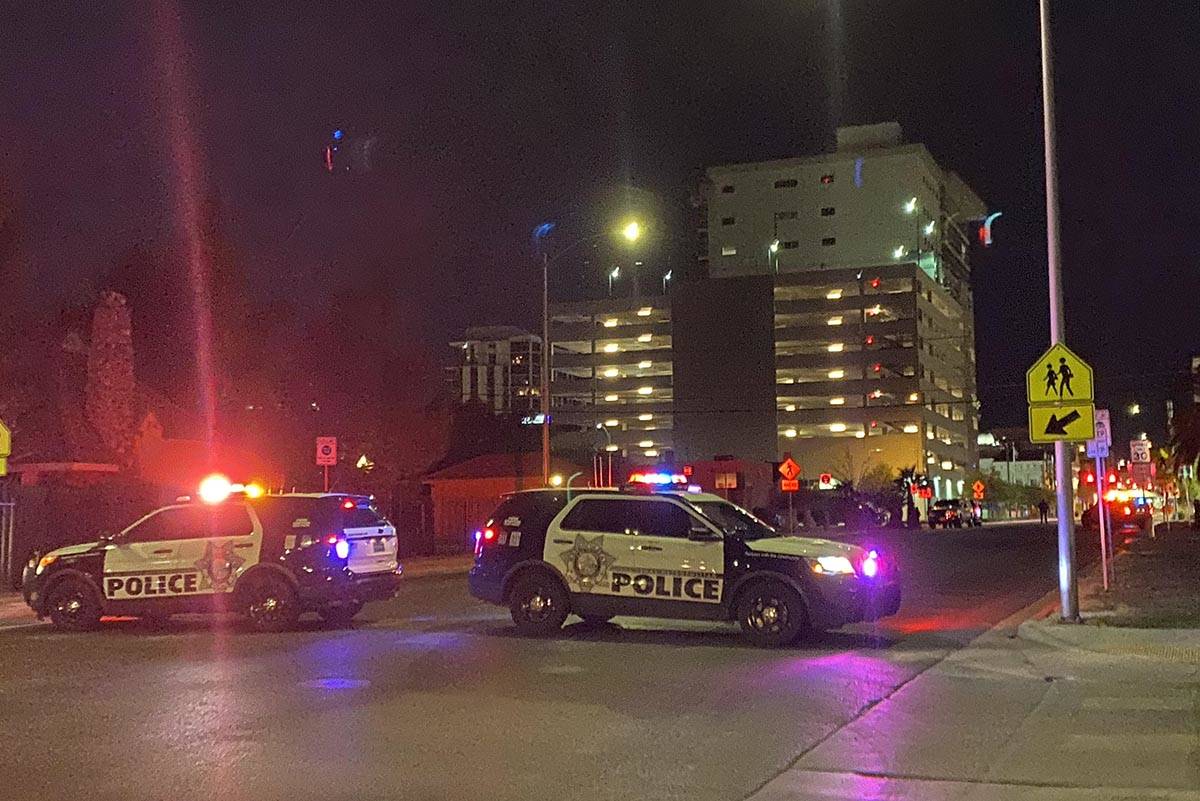 Las Vegas police have the intersection of Clark and 7th streets blocked off as officers investigate a suspicious package near the federal courthouse on Las Vegas Boulevard South on Wednesday, Jan. 6, 2021. (Glenn Puit/Las Vegas Review-Journal)

Police blocked off a large area in downtown Las Vegas for several hours early Wednesday before determining that a suspicious package near the Foley Federal Building was not hazardous.

Police Lt. David Gordon said multiple street closures were in place for more than three hours as the device was assessed by a special police armor squad.

At about 5:20 a.m. the item was determined to not be an explosive or incendiary device, Gordon said. The perimeter was subsequently broken down and roadways were opened. Police were later observed inspecting the front of an office building adjacent to the courthouse on Clark Street at Las Vegas Boulevard.

This is the latest in a series of police responses to the building.

In December, Marty Clark, 32, was charged with one count of arson and one count of malicious damage to federal property in connection with a Nov. 7 fire at the downtown courthouse. Prosecutors said Clark poured gasoline on wood framing at the building’s front entrance and set it ablaze.

In September, federal prosecutors charged five people with defacing the Foley Federal Building and the Lloyd George U.S. Courthouse during a Black Lives Matter protest on May 30. That same night, Jorge Gomez, 25, was shot 19 times by police and killed outside the U.S. courthouse. His family has filed a federal lawsuit against the Metropolitan Police Department.