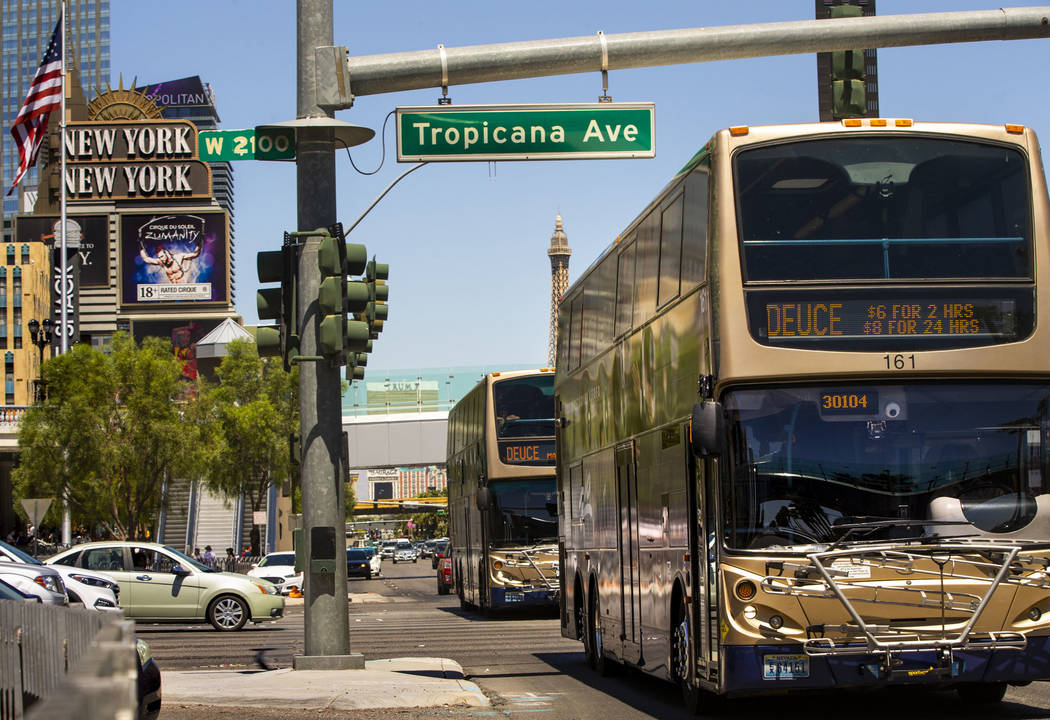 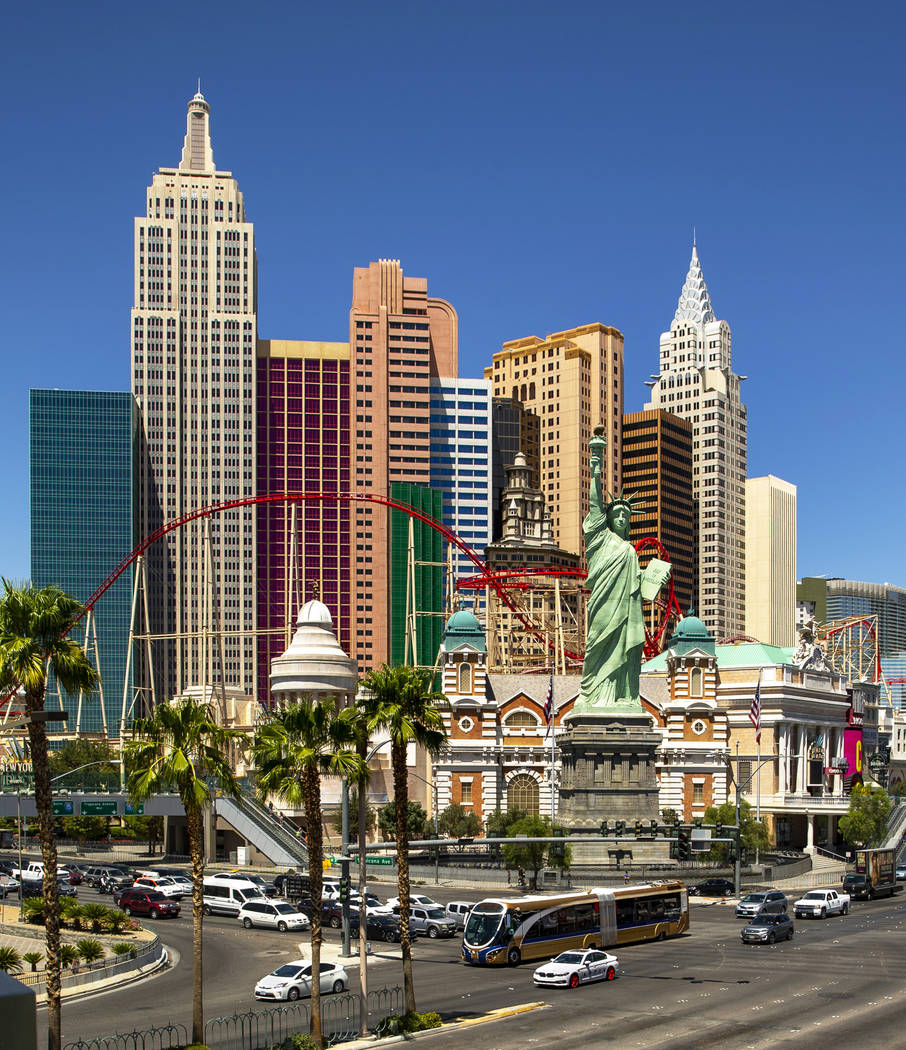 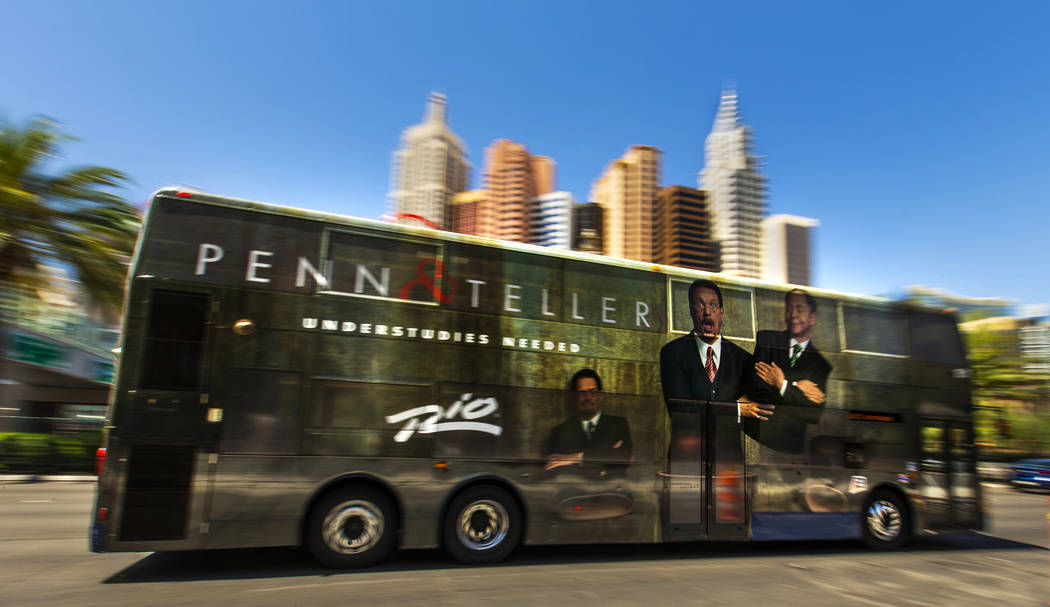 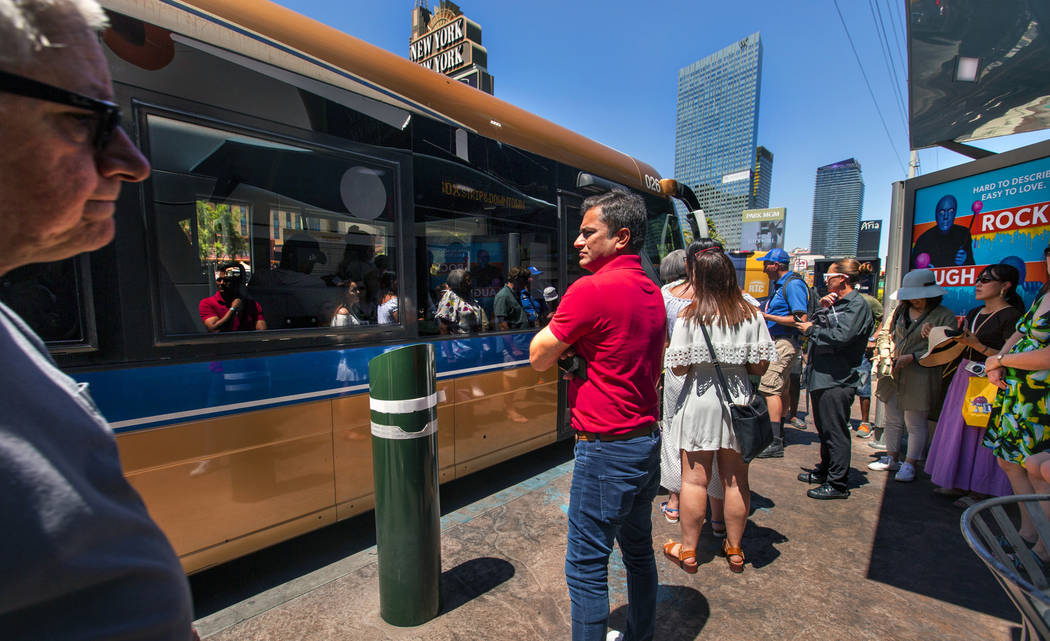 An RTC bus picks up passengers near the MGM Grand on the Strip on Tuesday, Aug. 13, 2019 in Las Vegas. (L.E. Baskow/Las Vegas Review-Journal) @Left_Eye_Images 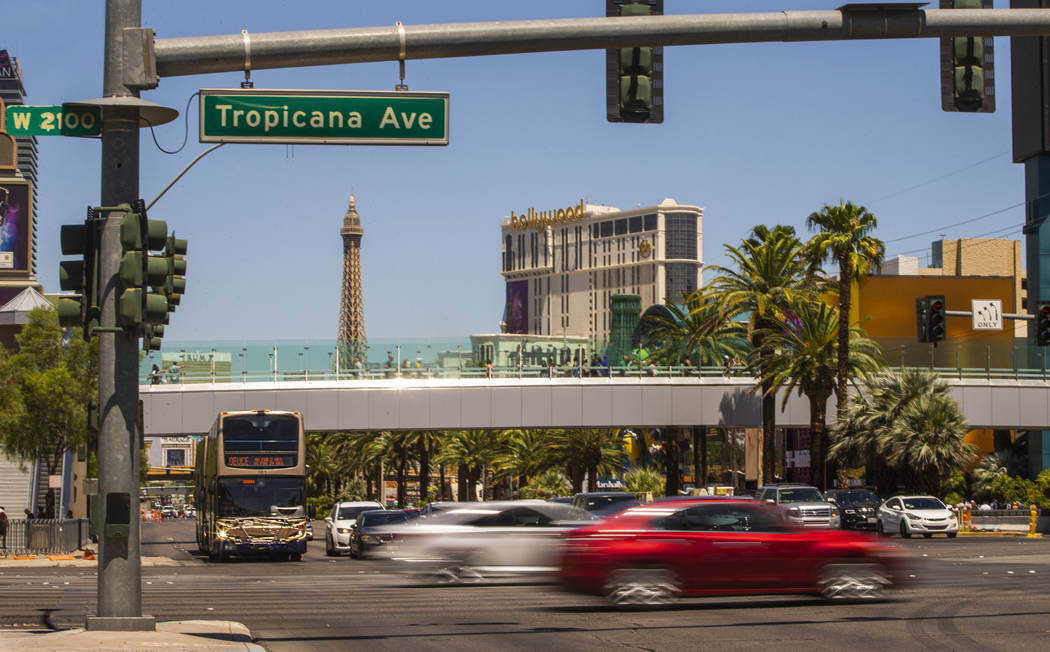 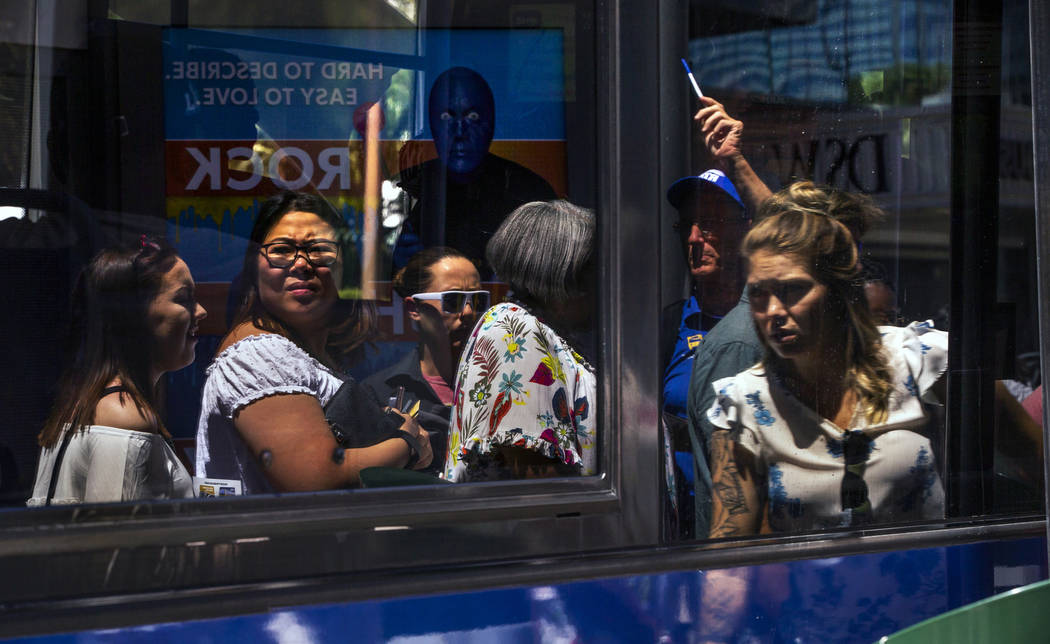 Passengers are reflected in the window of an RTC bus as they get on the bus near the MGM Grand on the Strip on Tuesday, Aug. 13, 2019 in Las Vegas. (L.E. Baskow/Las Vegas Review-Journal) @Left_Eye_Images 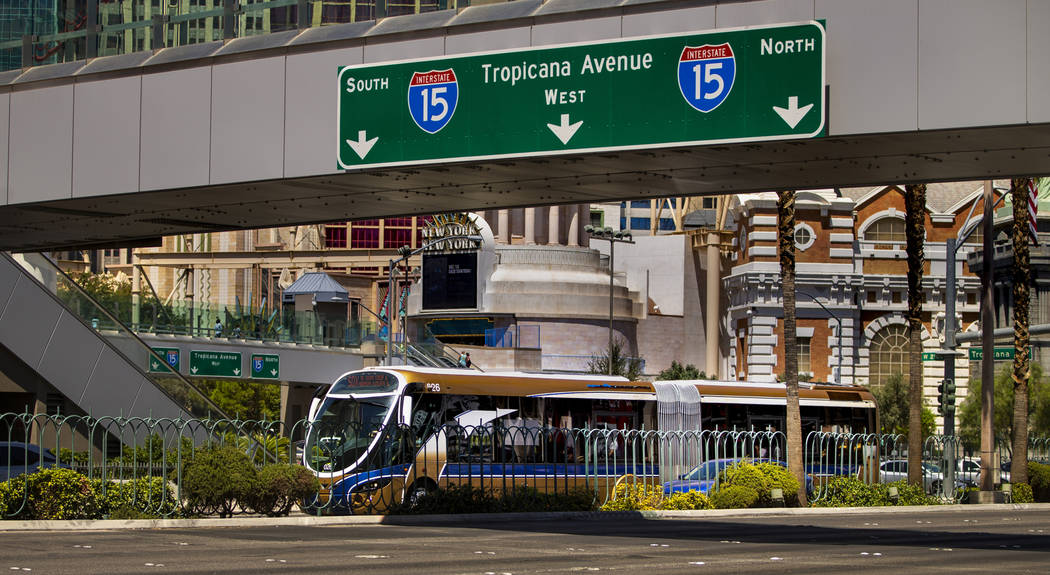 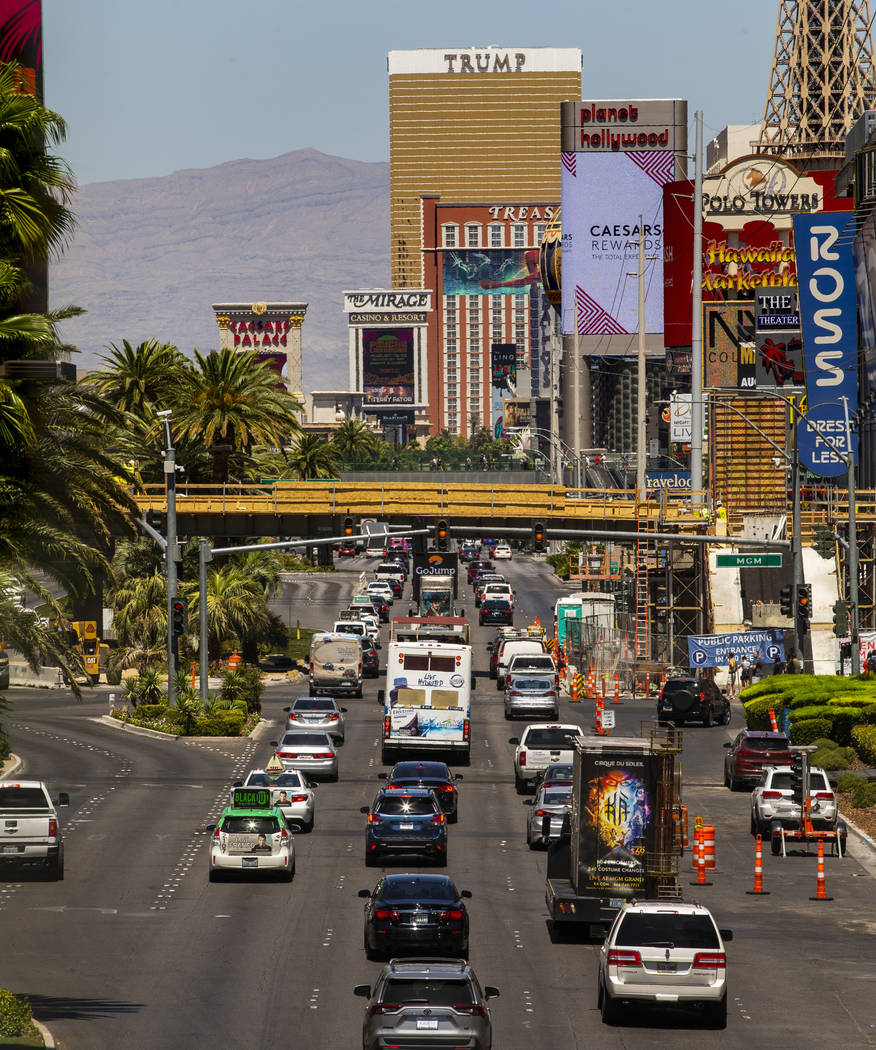 An RTC bus drives up the Strip north of the MGM Grand on Tuesday, Aug. 13, 2019 in Las Vegas. (L.E. Baskow/Las Vegas Review-Journal) @Left_Eye_Images 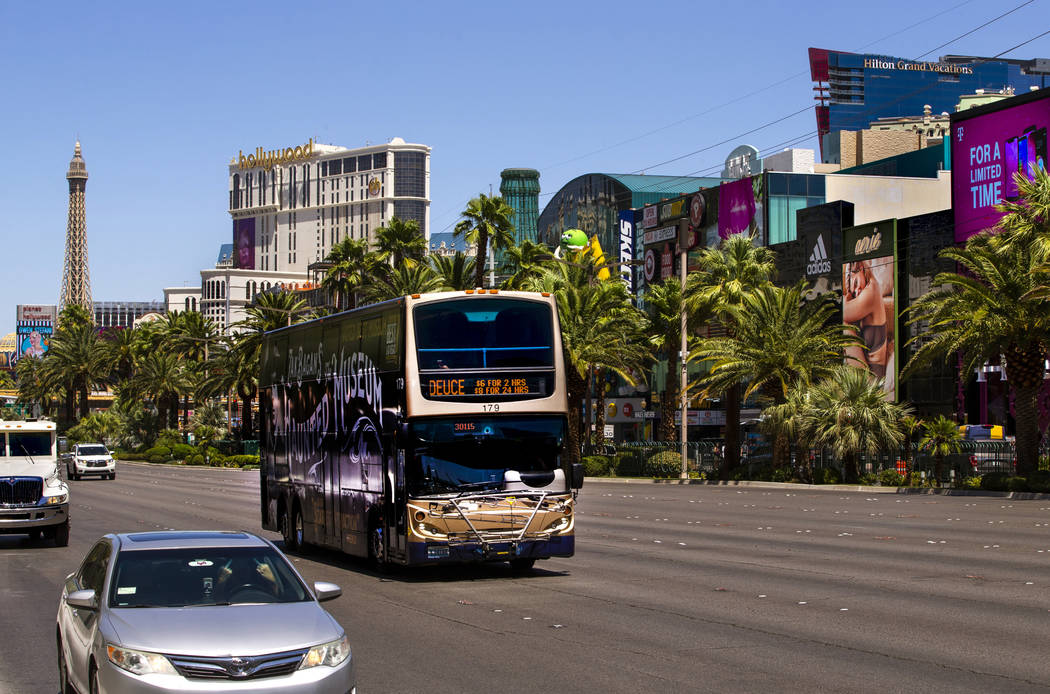 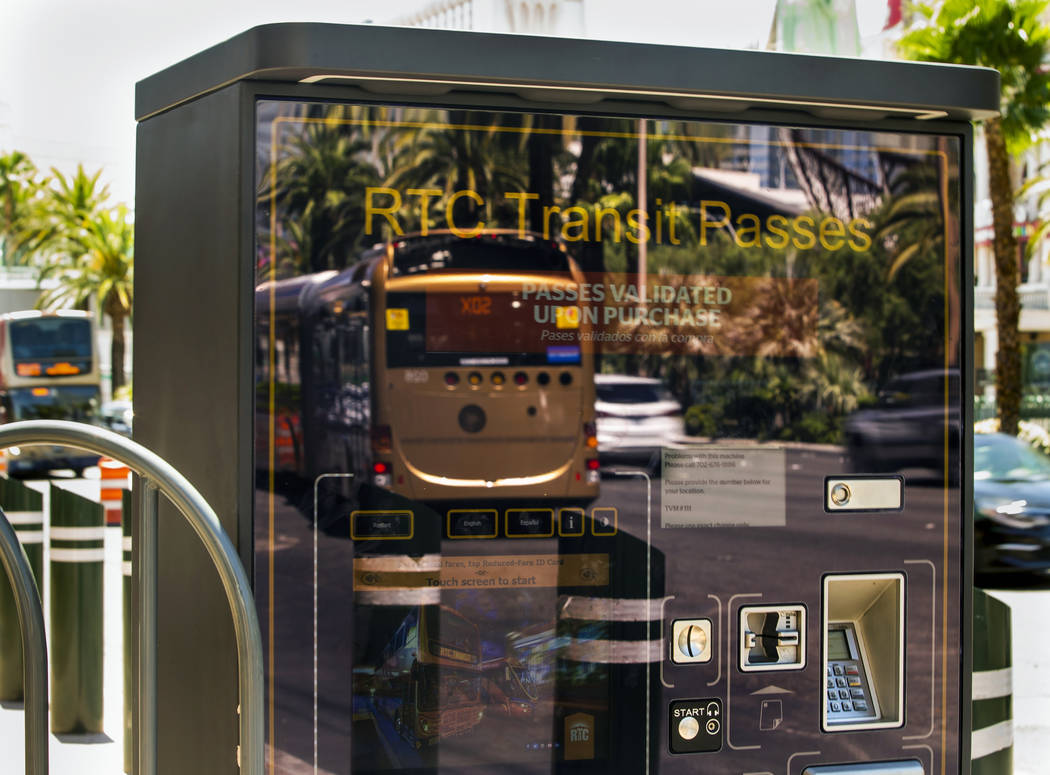 An RTC bus is reflected in a transit pass machine on the Strip on Tuesday, Aug. 13, 2019 in Las Vegas. (L.E. Baskow/Las Vegas Review-Journal) @Left_Eye_Images 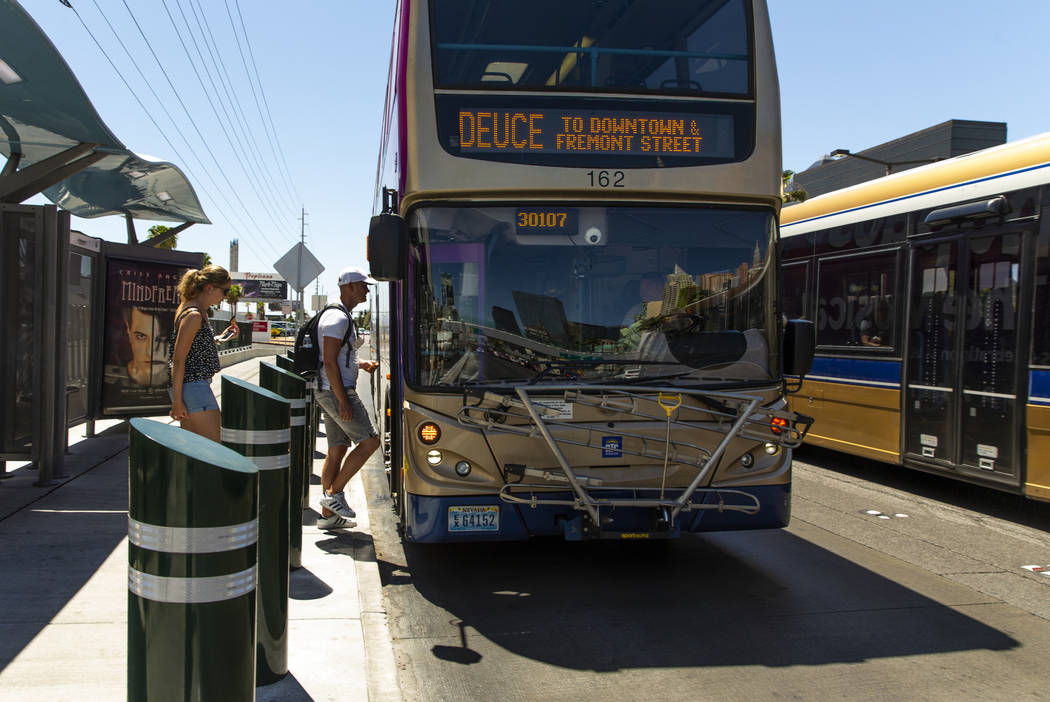 Passengers board an RTC bus near the Tropicana on the Strip on Tuesday, Aug. 13, 2019 in Las Vegas. (L.E. Baskow/Las Vegas Review-Journal) @Left_Eye_Images 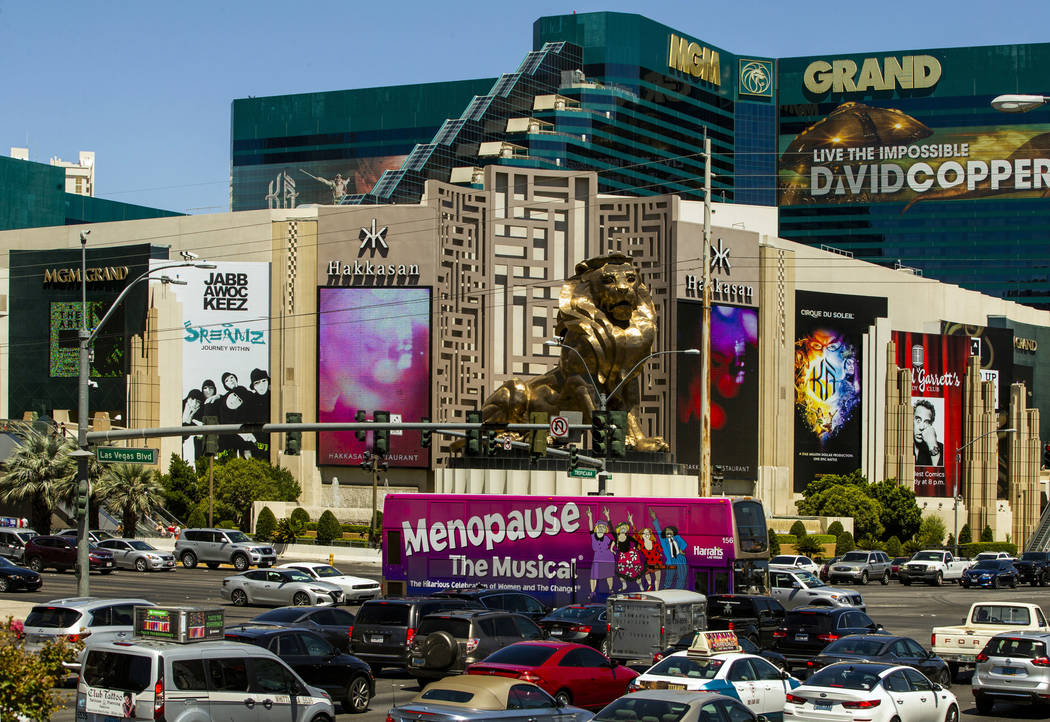 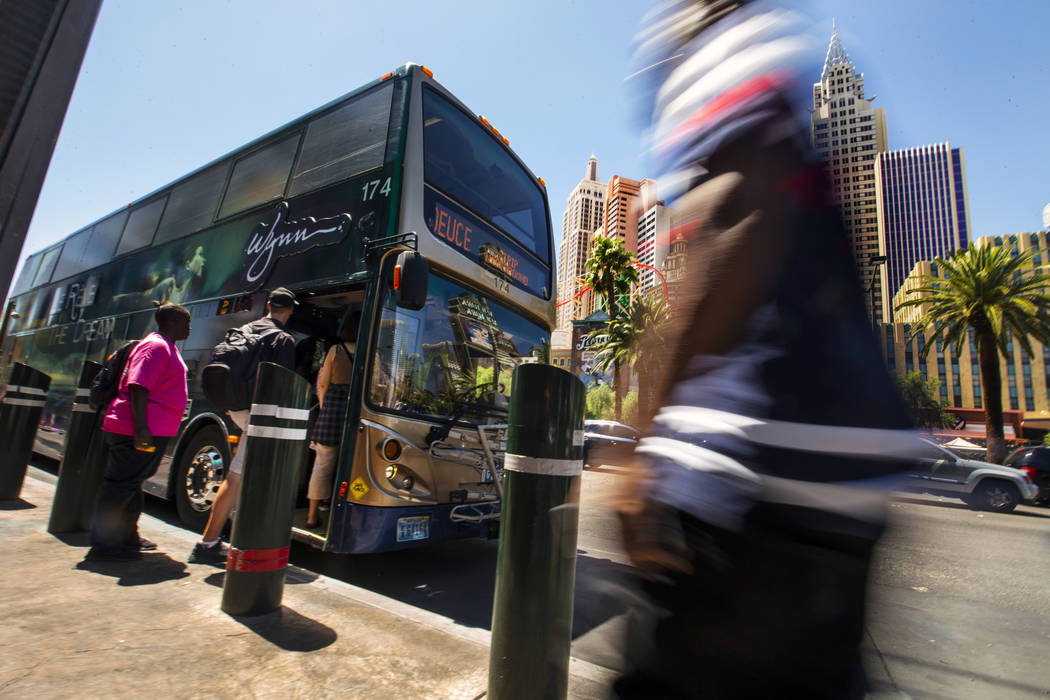 Passengers board an RTC bus north of the MGM Grand on the Strip on Tuesday, Aug. 13, 2019 in Las Vegas. (L.E. Baskow/Las Vegas Review-Journal) @Left_Eye_Images 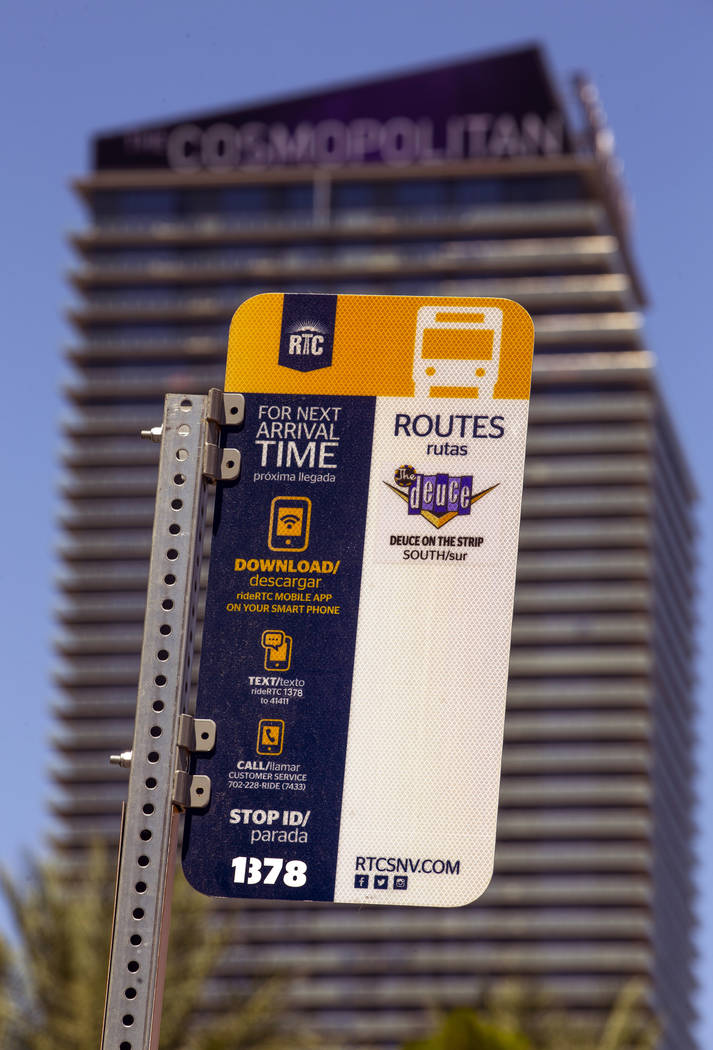 Revenue derived from bus ridership on the Las Vegas Strip continues to decline with the Regional Transportation Commission of Southern Nevada seeing a 29 percent drop over the past five years.

If the trend continues at its current rate, some bus routes could be eliminated or the frequency of service could be reduced within the next four years, said RTC officials, who are exploring new ways to draw riders on the Strip.

The drop in revenue for the RTC has occurred as the popularity of ride hailing companies such as Uber and Lyft has surged.

Fixed route ridership was up 1 percent in fiscal year 2019 with 64.4 million riders, of which 53.1 million were from general market (outside of the Strip) ridership.

Despite the small spike in ridership, revenue was down 0.2 percent, drawing $64.4 million in fiscal year 2019, about a $200,000 drop from last fiscal year’s $64.6 million. That could be attributed to declining Strip revenue, according to Tina Quigley, CEO of the RTC.

“The Strip has been our golden goose,” Quigley said. “It has produced the largest amount of revenue for the least amount of service hours operated. Losing that revenue has had an impact on the overall system, even though residential routes have increased.”

Revenue tied to general market ridership was up 3.3 percent in fiscal year 2019, jumping to $47.6 million from $46.1 million the year prior.

In the past, RTC has had a “farebox recovery ratio” — the fraction of operating expenses met by fares paid by passengers — of more than 50 percent, but the decline in resort corridor revenue has hurt the transit agency’s bottom line.

“In the world of transit, recovering that much money from the operations is significant,” Quigley said. “In the past the Strip not only covered its operating costs, we had a farebox recovery ratio of 162 percent.”

Now, the farebox recovery rate for the entire system stands at about 40 percent — still about twice the national average of around 20 percent — meaning the RTC loses money that was used to subsidize the residential service.

“We can’t afford to see a drop in a farebox recovery ratio down to the national average,” Quigley said. “We need to keep efficiencies and these densities up.”

She said the RTC aims to keep a $14 million gap between revenue and operating costs to provide funds to replace capital and buses. In fiscal year 2018, the gap shrunk to only $6 million, and this year the gap stands at $7.8 million, according to the RTC.

If the current rate of revenue decline continues, the RTC predicted operating costs tied to transit could surpass revenue generated as early as 2023.

If that were to occur, route reductions and eliminating routes are possibilities, Quigley said. It would take about a year to adjust a route, as the RTC follows a strict process that includes public outreach, board outreach and data analysis before any change occurs.

There are no routes that are being considered to be reduced, but if the revenue was right, there are areas that could use new bus service as multiple areas of the Las Vegas Valley are rapidly expanding.

“We’re at a point now where we know if we had the money, that there are routes going up to the northwest and toward the south that would meet that minimum requirement.”

As Strip ridership continues to fall, the RTC is looking at ways to increase revenue in the resort corridor.

In May, the RTC began a pilot program representing the transit agency’s first foray into the ride hailing realm, with its Trip-to-Strip app. Customers can order a ride via a smartphone application and be picked up in an 11-person capacity van with luxury seating for rides to areas including McCarran International Airport, Las Vegas Boulevard and downtown Las Vegas. The service is offered at a fixed rate with no surge pricing.

Since its launch, the service has seen growth each week, Quigley said.

“Week over week we’ve continued to have double-digit growth increases,” she said.

The pilot program will go through the end of the year.

Looking for more ways to serve customers traveling between McCarran and the Strip, the RTC will start a new bus service at the beginning of next year.

Another possible revenue generator for the RTC is partnering with the Raiders for game-day transportation.

The RTC is in talks to carry out a park-and-ride program similar to what the agency does with the Golden Knights, where fans could park at designated locations across the valley and take buses to and from Raiders games.

“The RTC’s partnership with the Raiders is going to be to get as many people as we can into higher-capacity vehicles from their park and ride facilities, to get cars off the road,” she said.