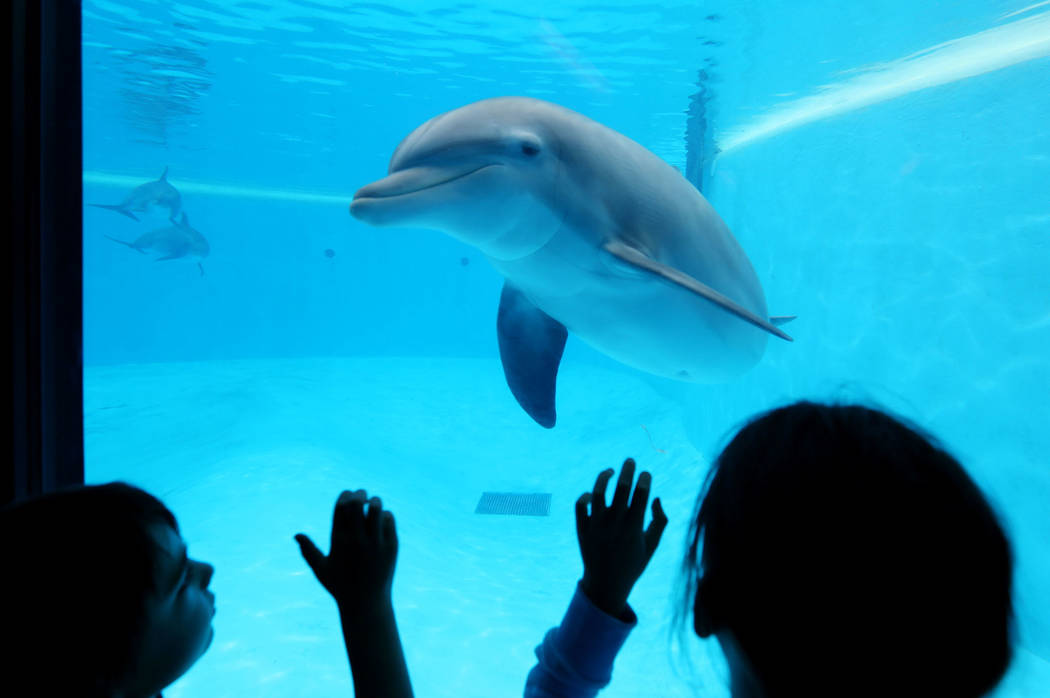 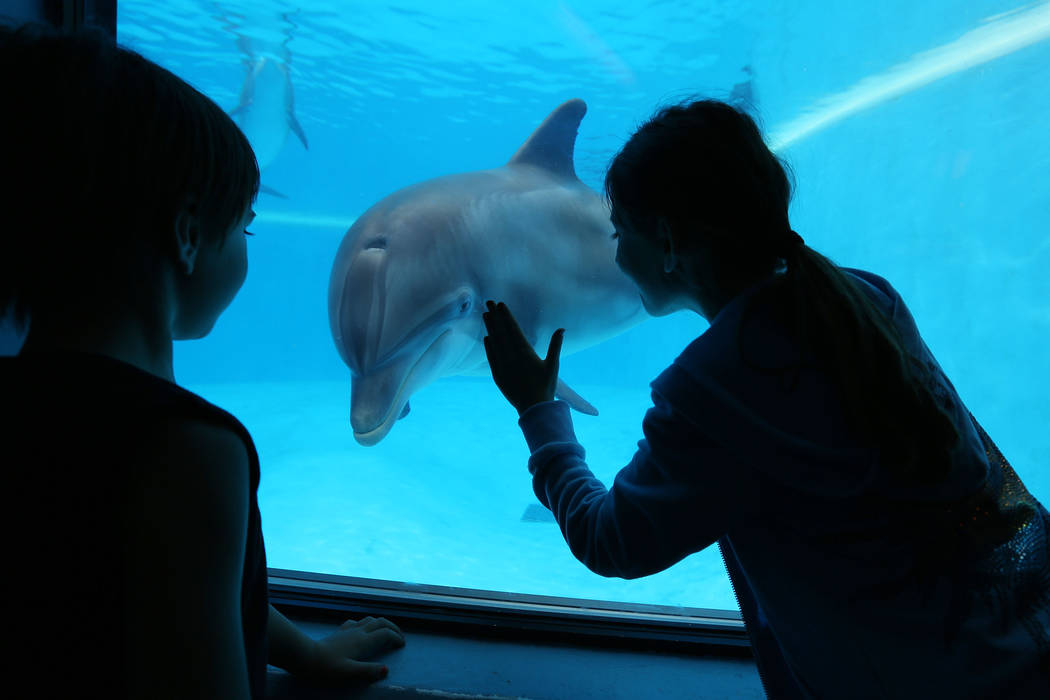 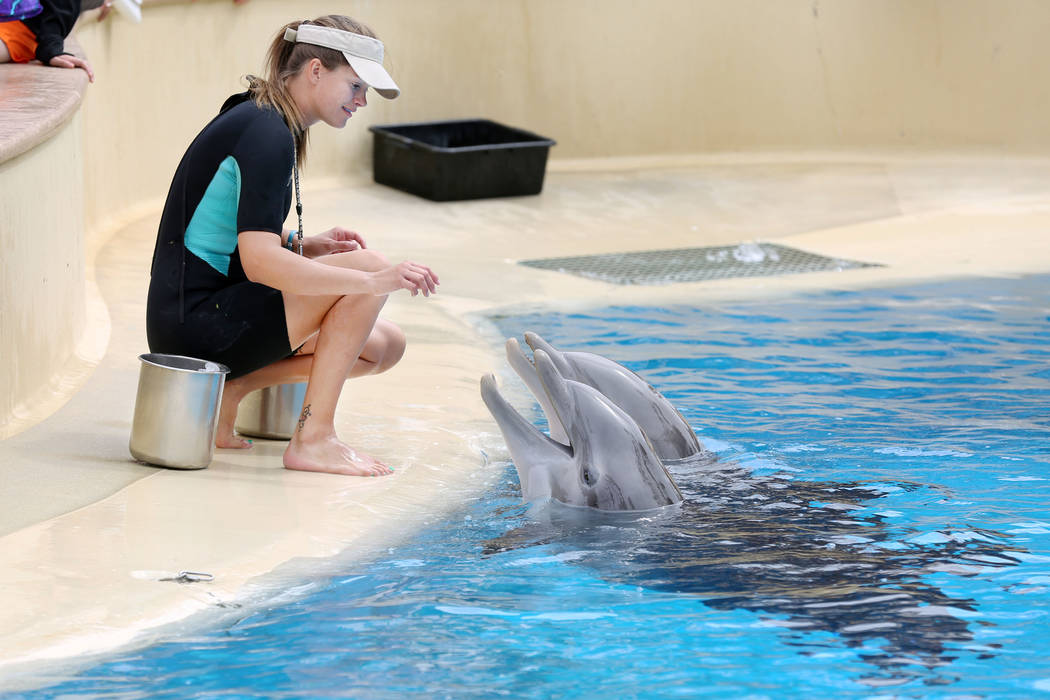 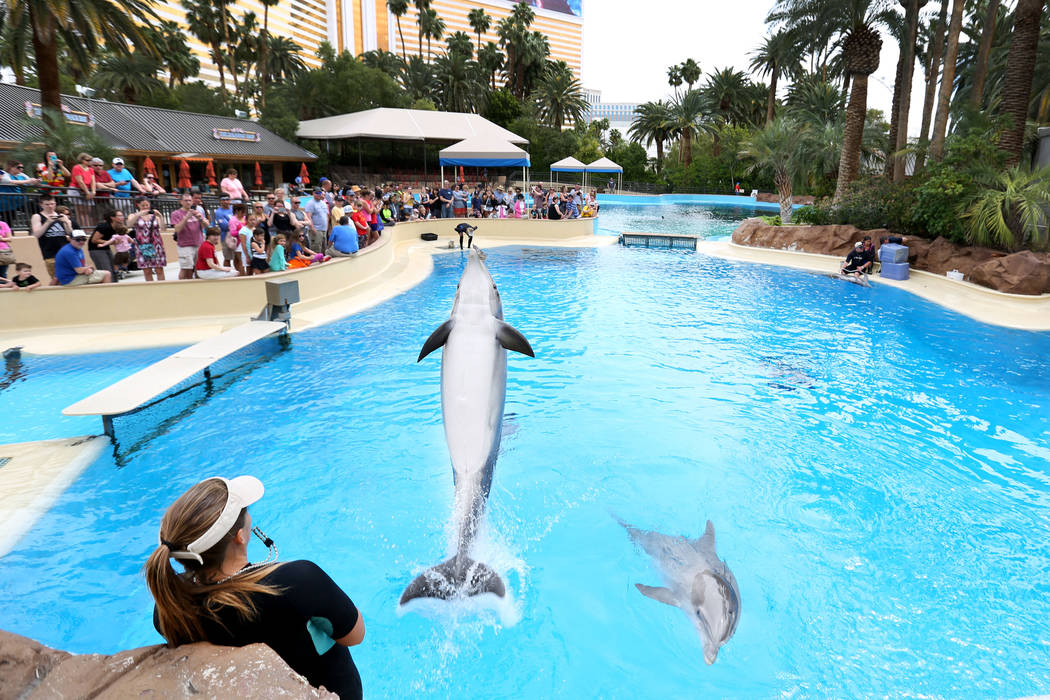 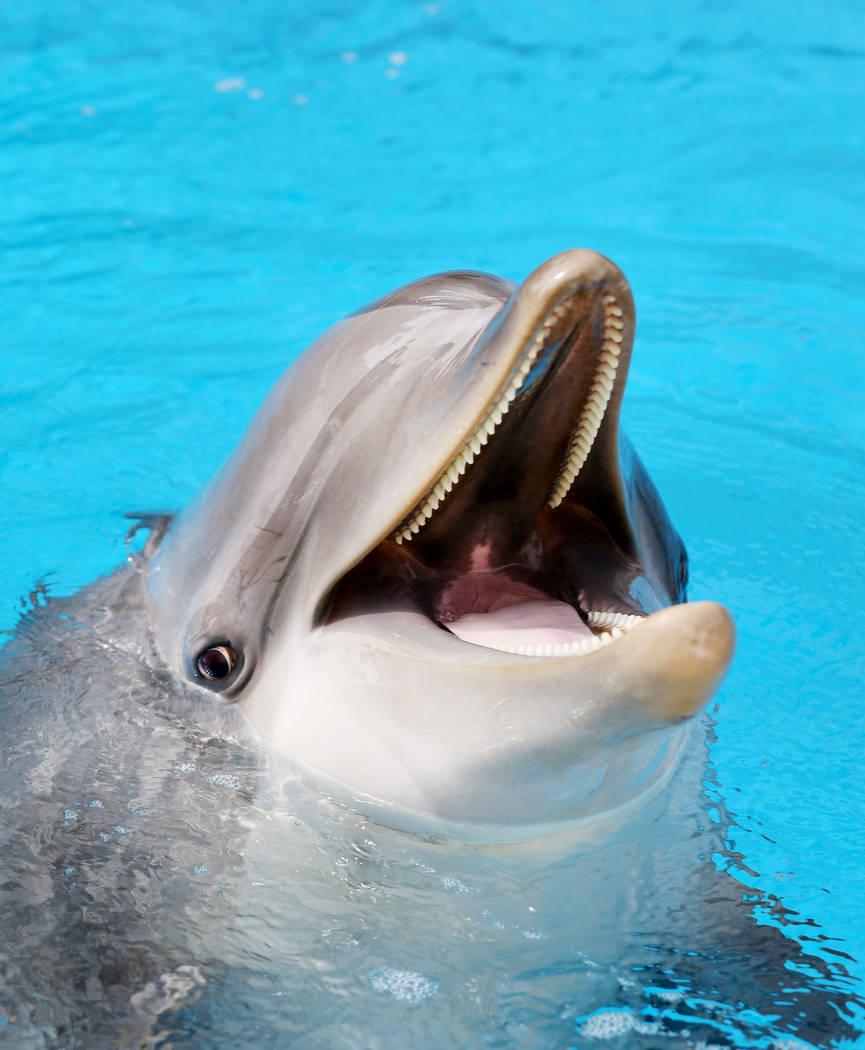 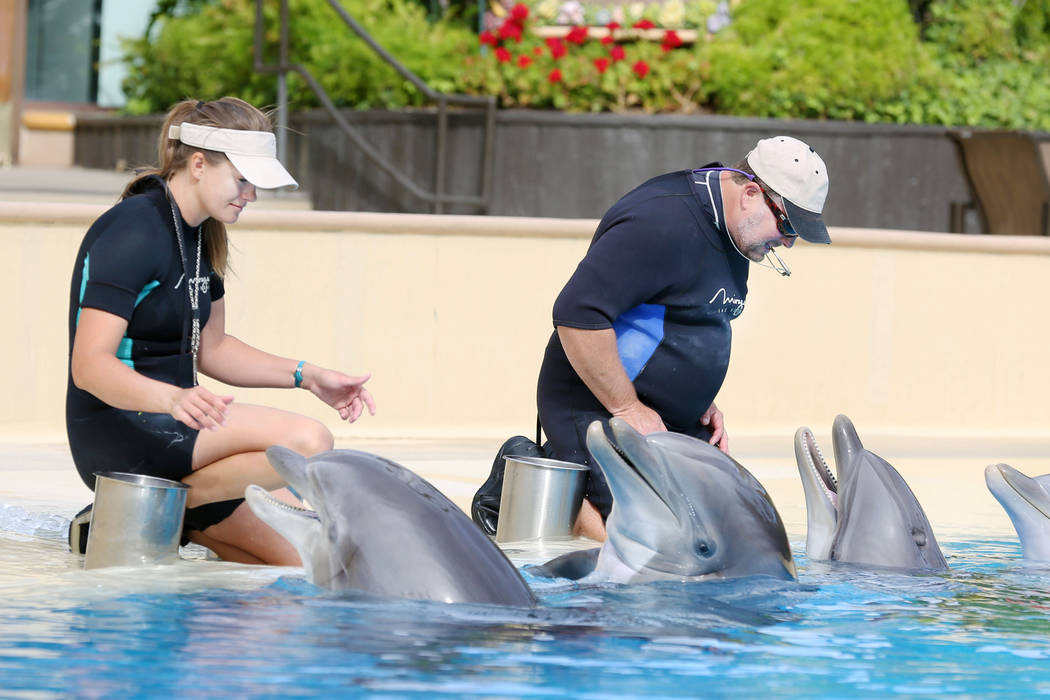 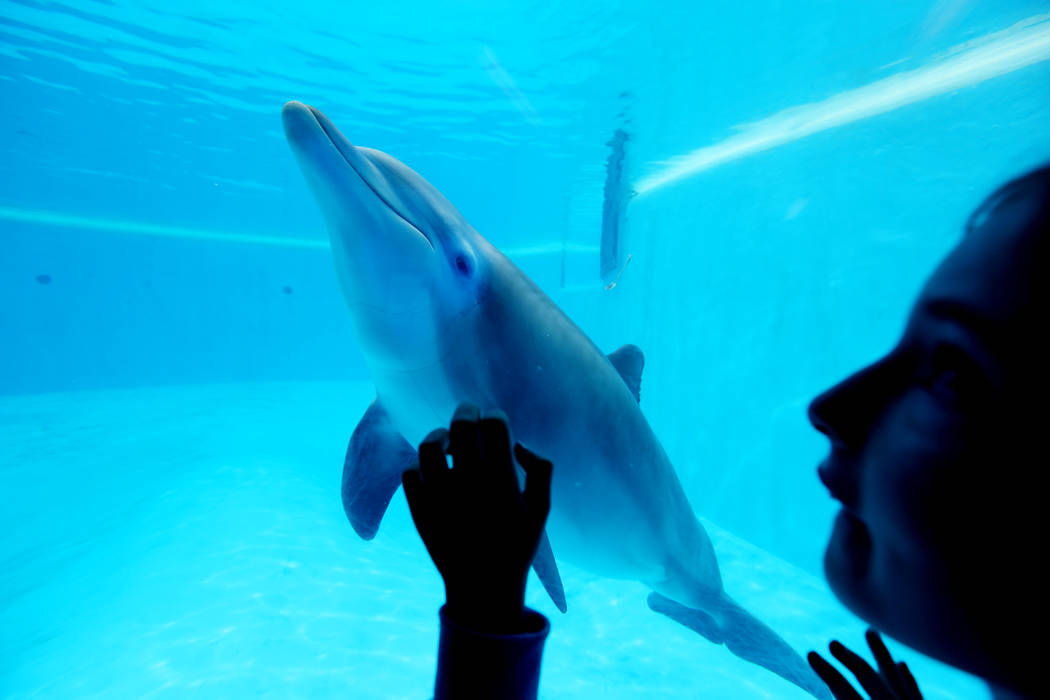 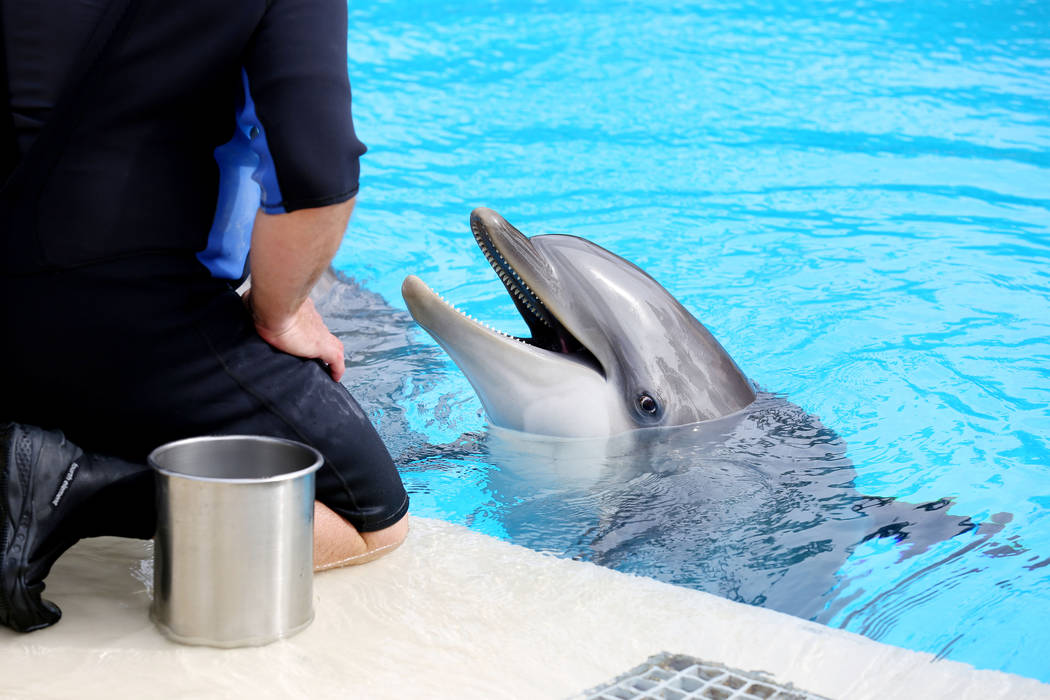 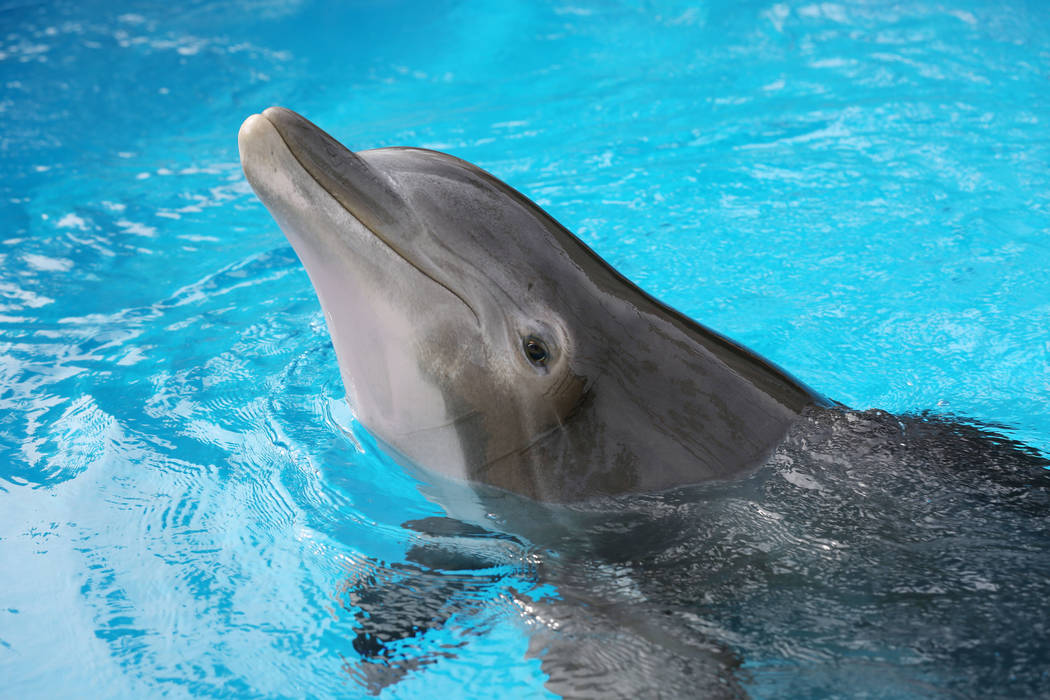 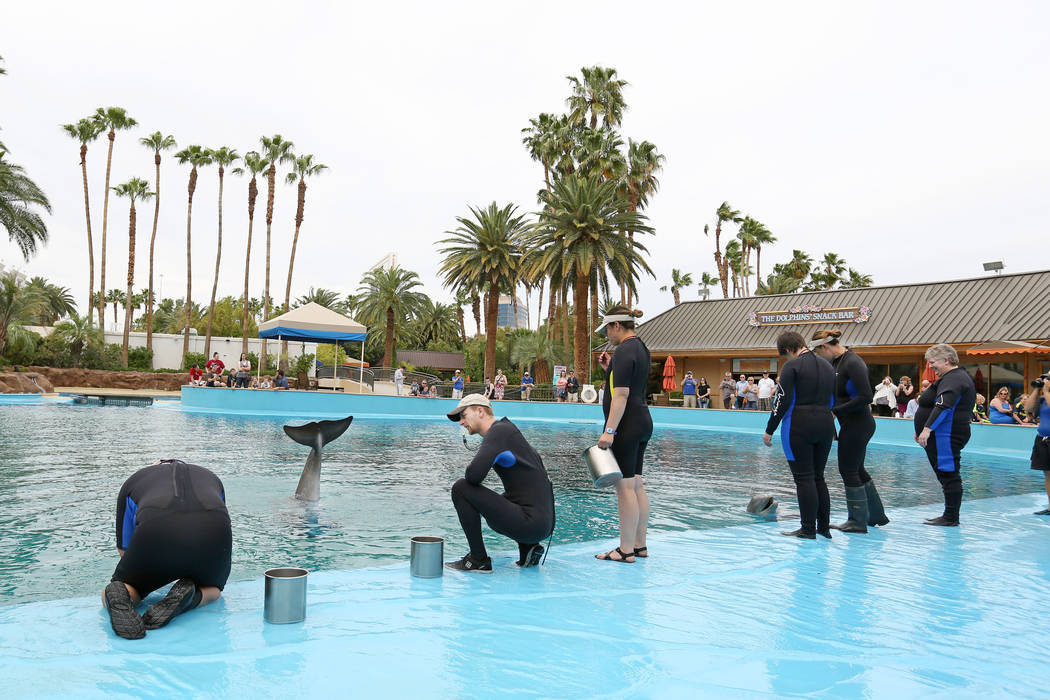 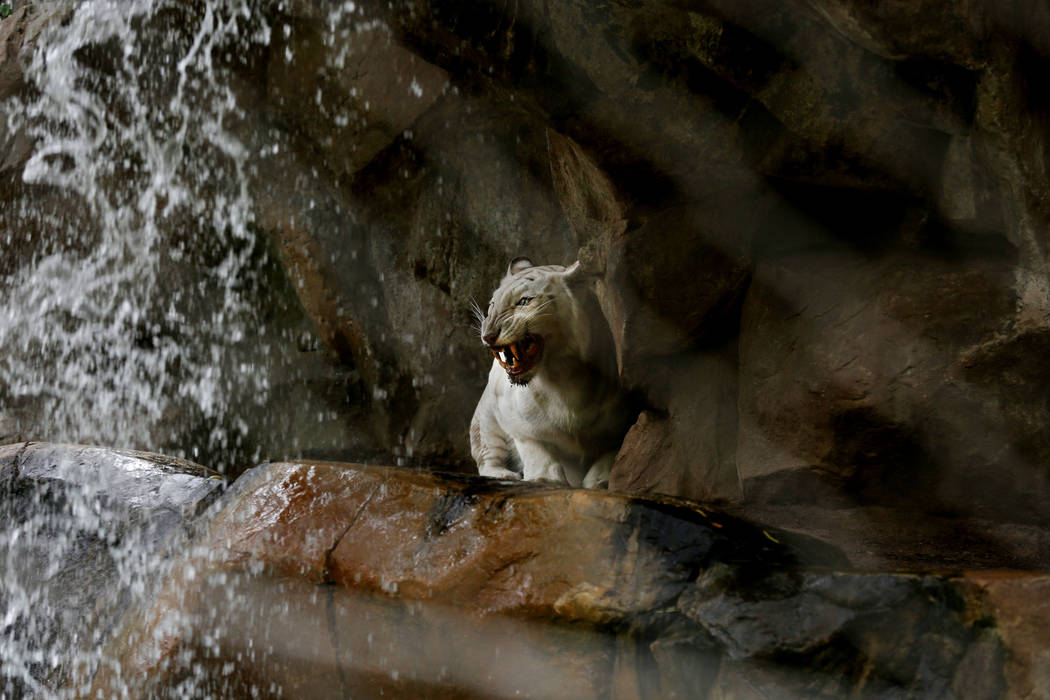 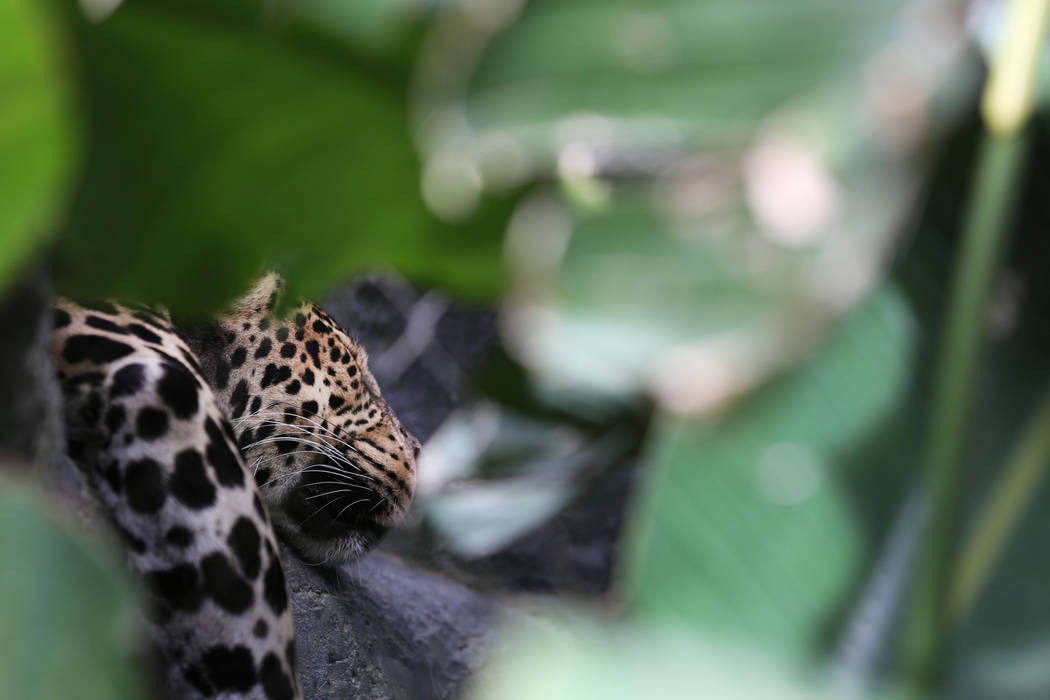 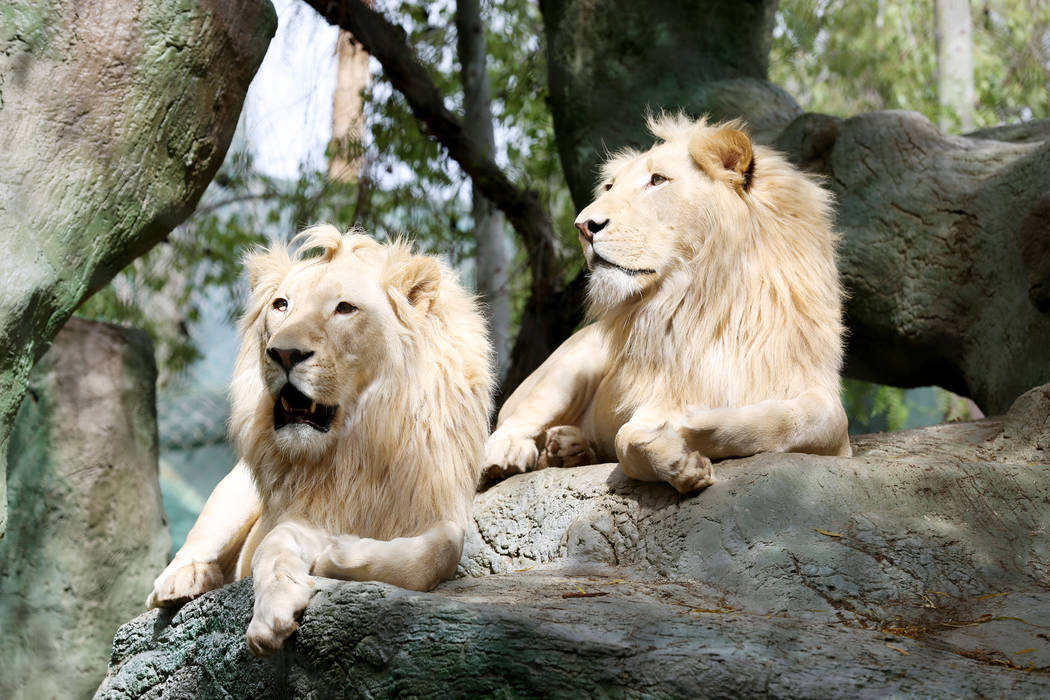 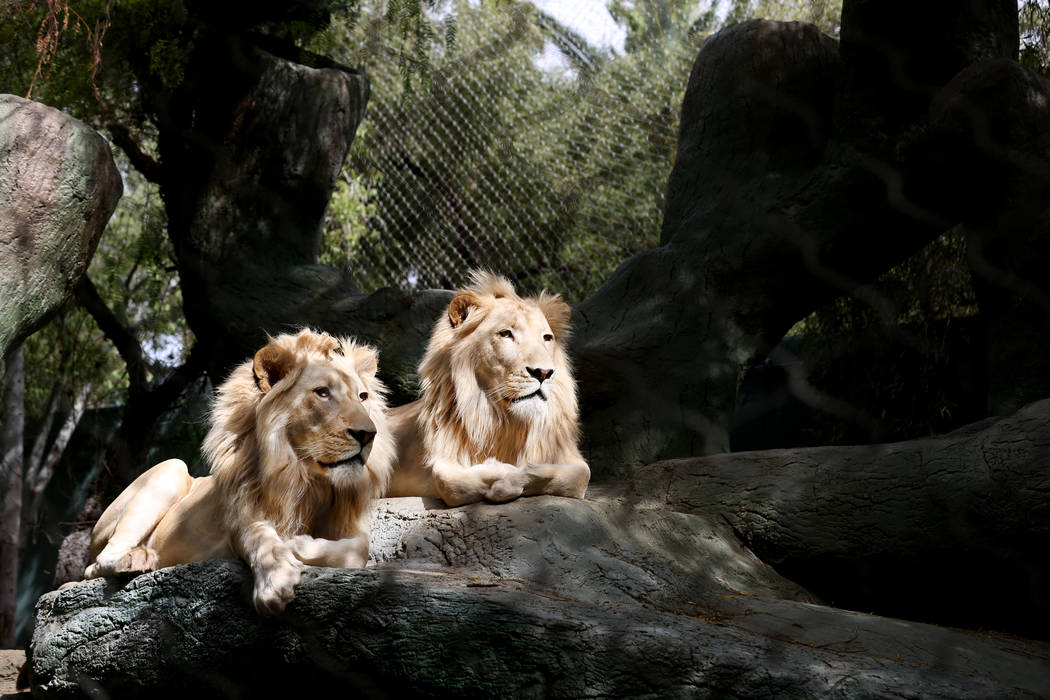 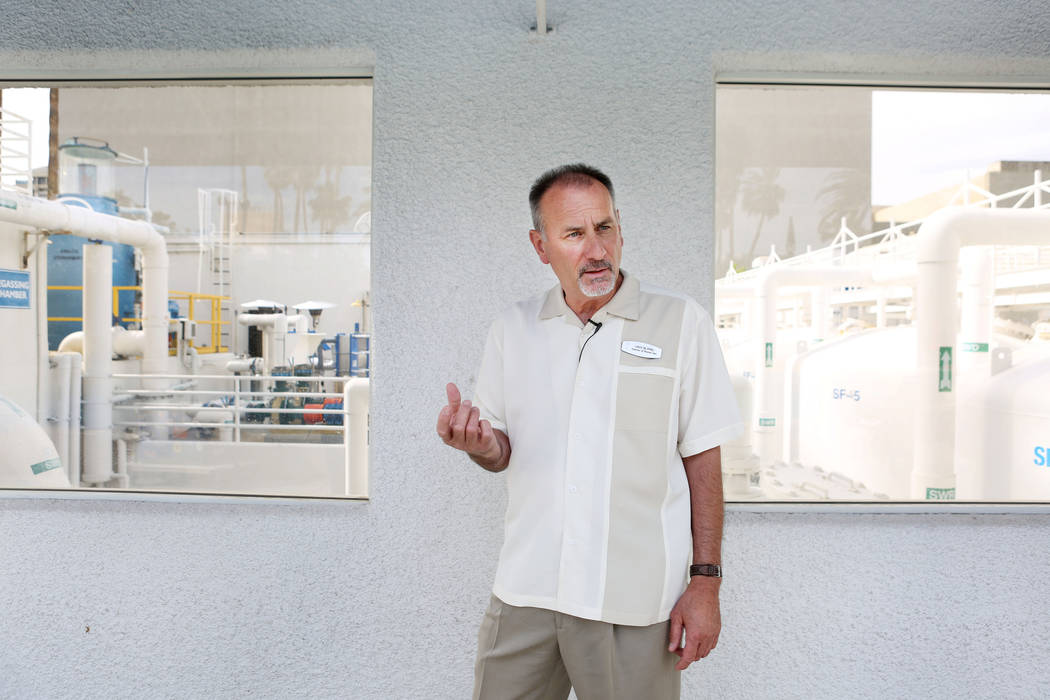 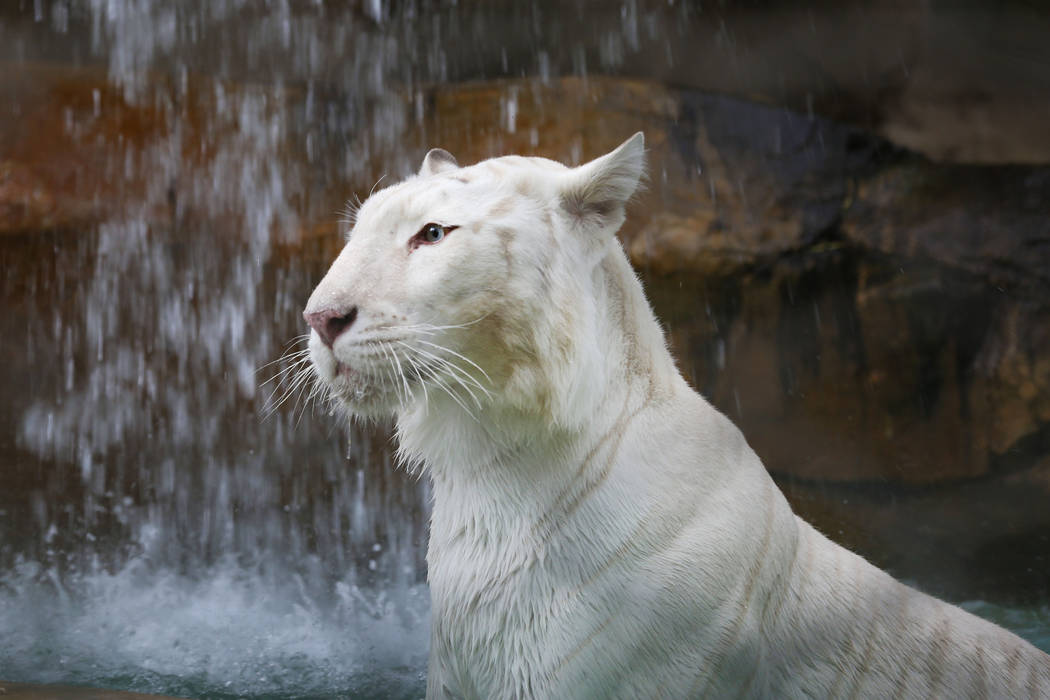 Bottlenose dolphins always look like they’re smiling, but the grins on the ones at The Mirage now come with certification.

Siegfried and Roy’s Secret Garden and Dolphin Habitat has been certified under a new international program that recognizes zoos and aquariums which “meet the highest standards of animal care.”

Robin Ganzert, president and CEO of the organization, said the care received by the nine dolphins and two dozen big cats at the Secret Garden represents “the gold standard for animal welfare.”

“What it tells people is that the animals and how they’re cared for is our top priority,” said David Blasko, director of animal care for the Secret Garden and Dolphin Habitat.

The 10-acre animal attraction on the Strip joins 13 other zoos and aquariums worldwide to be recognized by the Washington, D.C.-based group, best known for the “No Animals Were Harmed” certifications it gives to film and television productions.

The habitat opened at The Mirage in November 1990 with five of the charismatic marine mammals. The adjacent big cat exhibit debuted in January 1994. The attraction now draws about 500,000 visitors a year, including some 6,000 school children the resort welcomes free of charge.

The dolphin exhibit has also attracted its share of criticism — and the occasional protest — from animal rights activists who object to sea creatures being kept on display in pools hundreds of miles from the ocean.

Fifteen dolphins, including five stillborn or newborn calves, have died at the facility over the past 27 years. The most recent death occurred in 2015, when a 12-year-old male named Beetle succumbed to pancreatitis.

In the Secret Garden’s case, Blasko said they had to submit at least 50 pages of documentation and grant full access to three auditors over two and half days in February.

The inspection was not limited to the attraction’s dolphins, lions, tigers, leopards and parrots. The auditors also examined the tropical fish in The Mirage’s 20,000-gallon aquarium behind the front desk, as well as a crop of clown fish Blasko and company are raising behind the scenes. The auditors even wanted to know about the care and treatment of the plankton-like organisms the habitat raises to feed to the clown fish.

Ganzert said the criteria for the certification program were developed by a committee of top ethicists and scientific advisers. Blasko served on the committee and MGM Resorts International contributed money to help American Humane launch the program, but Ganzert said none of that played a role in the Secret Garden’s certification.

Founded in 1877, American Humane helped rescue injured horses from the battlefields of World War I.

The group began work in the film industry in 1940 and issued its first “No Animals Were Harmed” label in 1972 for the movie “The Doberman Gang.” Today, it is the only organization contracted to oversee animal welfare during film and television productions in the U.S.

The group began certifying farms and other agricultural operations in 2000.

Ganzert said American Humane launched its certification program for zoos and aquariums last summer in response to a growing public debate over the treatment of captive animals and the role such attractions play in society.

“There have been so many questions about animals in human care,” she said, adding that she considers places like the Secret Garden are crucial to fostering conservation through education.

Blasko said the dolphins at The Mirage also make concrete contributions to science that could benefit the species, including an ongoing study of the animal’s respiratory function. Dolphins at the facility have been trained through positive reinforcement to hold still for ultrasound scans and present themselves for the collection of blood and urine samples.

Ultimately, Blasko said, all the recent scrutiny of zoos and aquariums is a good thing.

“It’s created greater interest, and it gives us a greater opportunity for education,” he said. “If we don’t get people to care about animals, they won’t.”

A previous version of this story incorrectly stated the size of the aquarium behind the hotel’s front desk.