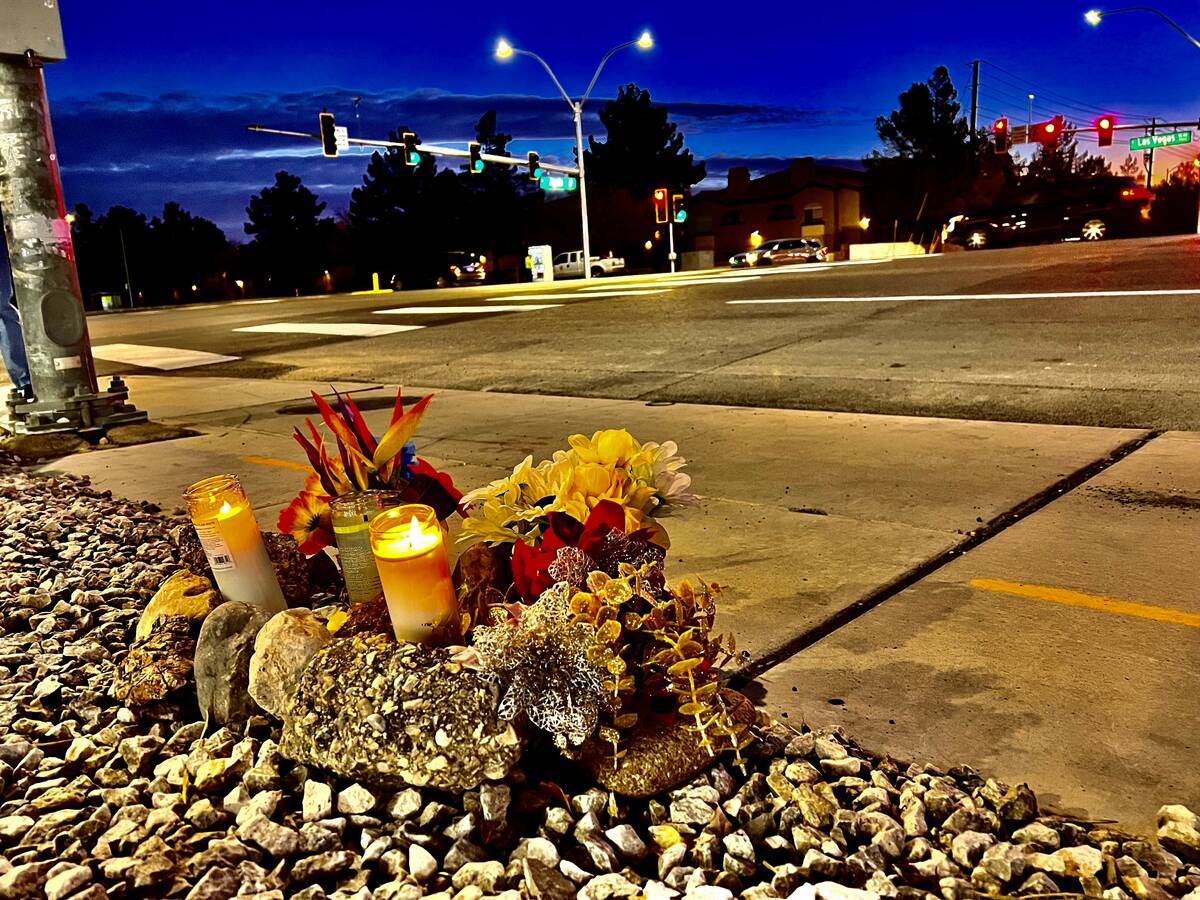 A vigil for Andrew Melnichuk seen at the intersection of Las Vegas Boulevard and Agate Avenue. The intersection saw new traffic signals activated on Wednesday, Jan. 25, 2023, with the family of Melnichuk on hand at the site he was killed in a motorcycle crash in 2021. (Clark County)

Clark County Commissioner Michael Naft was joined by the family of Andrew Melnichuk, who was killed in 2021 in a motorcycle crash at the intersection, as the traffic signals were activated for the first time at the crossing of Las Vegas Boulevard and Agate Avenue.

Aside from the fatal 2021 crash, the intersection has seen 24 crashes in the last two years alone. On average 18,000 vehicles travel through the intersection daily, according to Clark County.

The road in the area will be repaved once warmer temperatures permit it, according to Clark County.

“These signals and other improvements will go a long way toward boosting public safety at that intersection — not just for motorists, but particularly for elderly pedestrians who live in nearby senior housing,” Clark County Commissioner Michael Naft, who represents the area, said in the statement.